It was something that may affect their (well, most of them) confidence and attitude towards their A Levels. Something that will play a very big and important role.

Okay, maybe not that sensational.

As many could have guessed it already, it’s the day of the release of the A’ Level Project Work (PW) results. And I don’t know why I was excited about it. Maybe because I can go back to meet those friends whom I haven’t seen for a very long time.

Went back with  Ms Nicole See and I swear she was wearing damn red today. Not sure if that was supposed to be her lucky charm?

Let’s start with how I actually cheated with everyone’s feeling by saying I am not going back. Poor Elyssa and Peishan had to try all their best to get me back. And that Peishan even called me when I was in school. Teck Ching was beside me and he kept shouting ‘CANTEEN! CANTEEN!’.

And it still puzzles me up till now how did she even not catch that.

Had lunch with Teck Ching, Shafiqah, Jiayi and Zainur. Oh my, long time since I’ve last bought and ate food in the SRJC’s canteen, and probably the last time.

Not sure if I’ve unknowingly passed my ‘racist’ germs to Teck Ching. I swear he’s getting racist. Heightist. And, sexist. Poor Zainur got to survive all his attacks in school. But she’s lucky that I’ve left.

Went to library with Teck Ching to disturb Zichao, who was studying for his Geography test later on with Barry. But then I felt really guilty and left.

Nicole and Ratna were outside, at our usual seats at the GNC.

How times had passed. The table behind us sat a group of J1s doing the PW. That was exactly us a year ago. Memories. But not sure whether I should miss that kind of days, cracking my brains to think of ideas for my Preliminary Ideas (PI) section of the PW. I can’t remember how many days of sleepless nights I had to endure to come out with my ideas. To anyone who happens to be reading this and who happens to be J1 this year, good luck to you my friend. You will need it. If you think your life now is miserable, you will know how close you are in ending your life in the next one or two months to come (Alright, I ain’t endorsing this act of stupidity and irresponsibleness).

And of course, we took SELFIES! 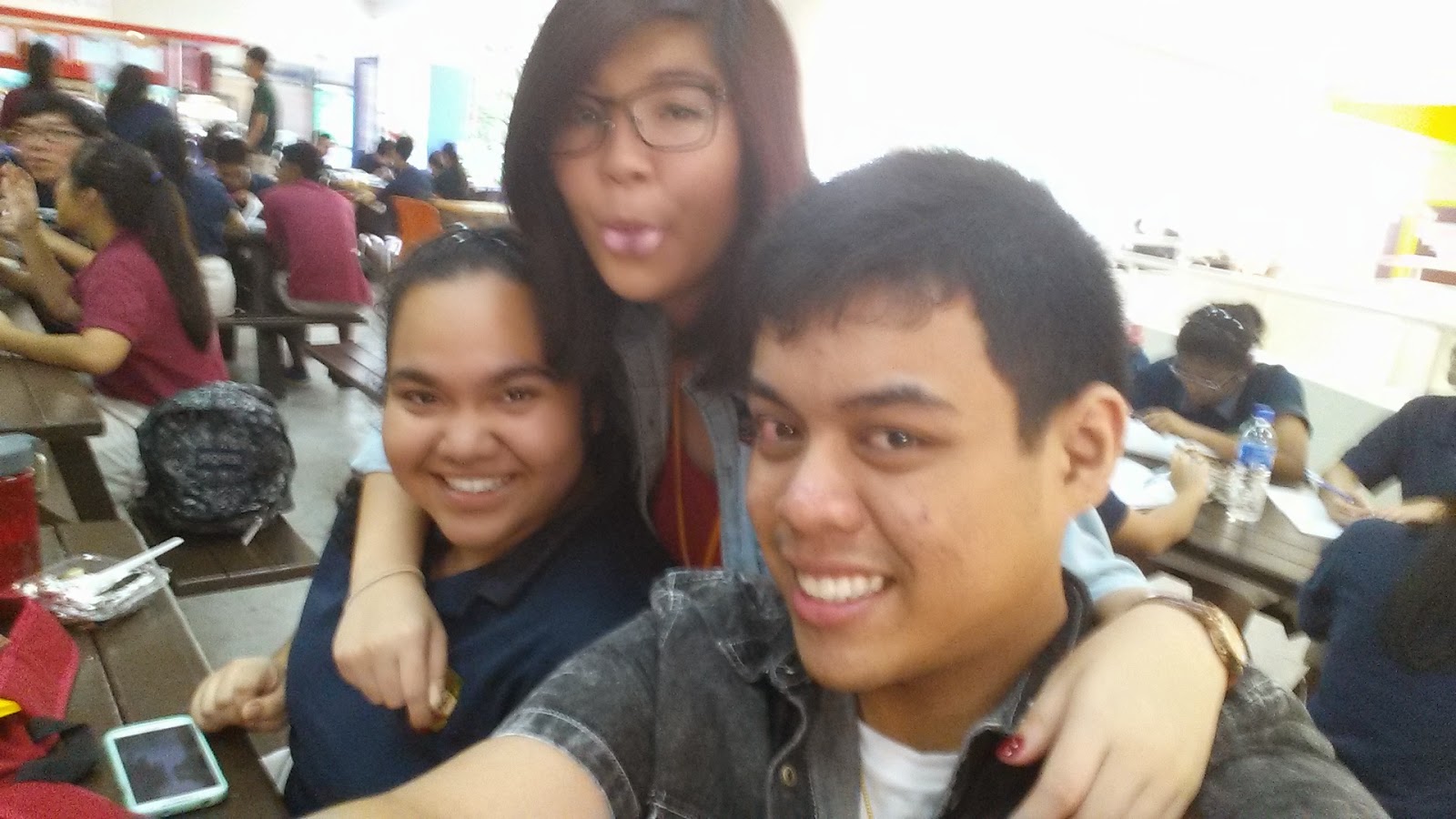 I know I am always not suitable to be the one holding the camera whenever I am taking selfies with a group of friends. 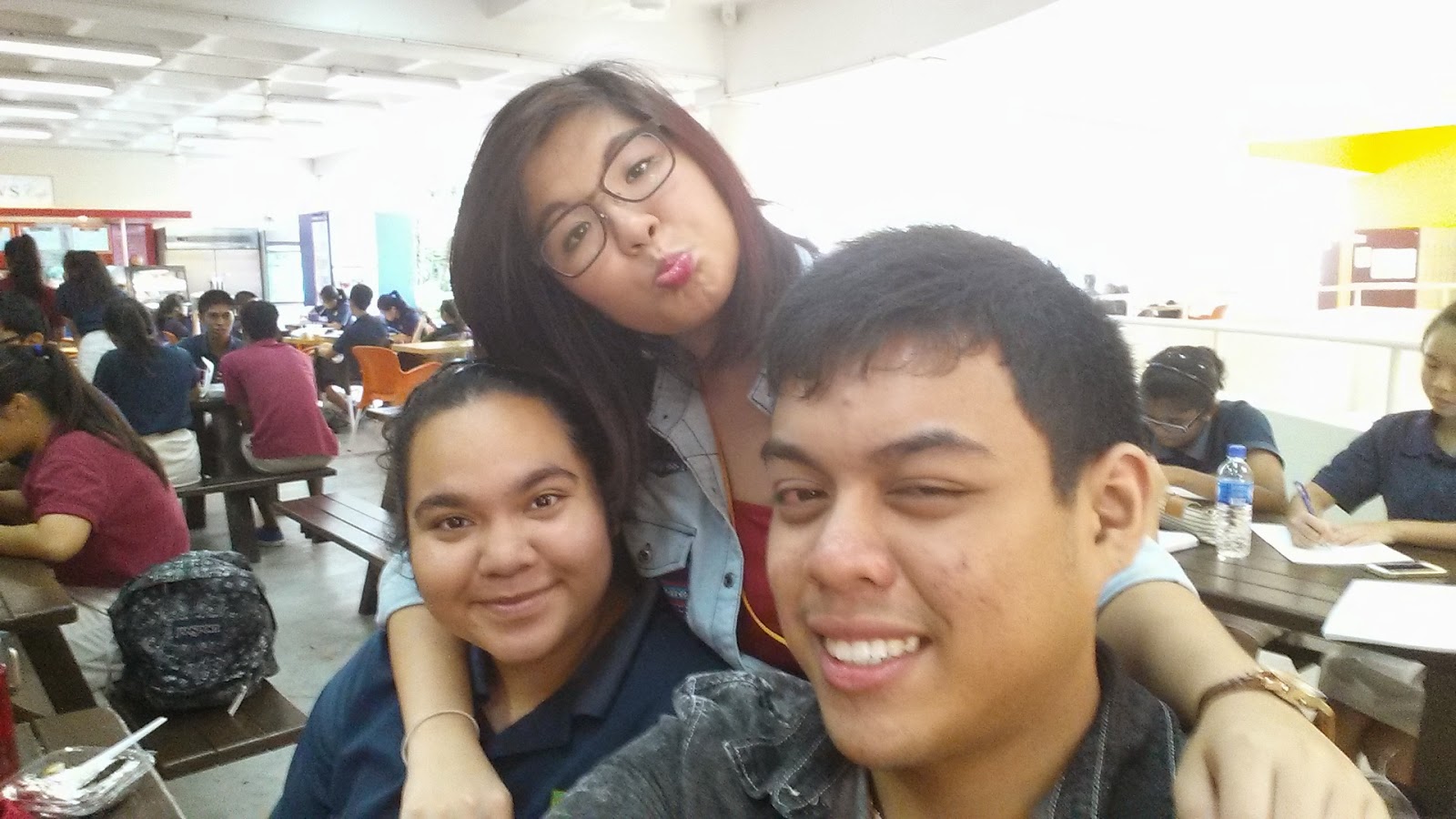 See. I am smiling so awkwardly. And look at Nicole. She thinks she cute uh. 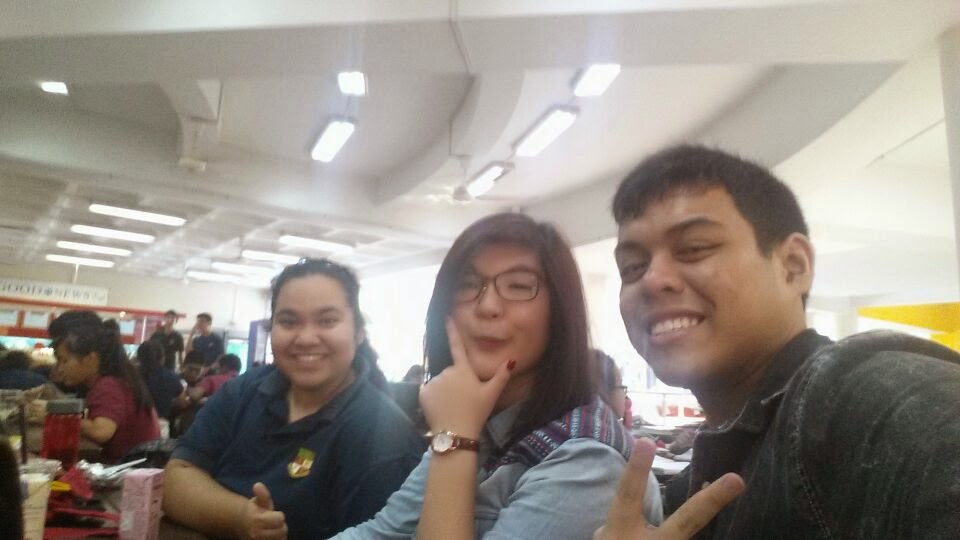 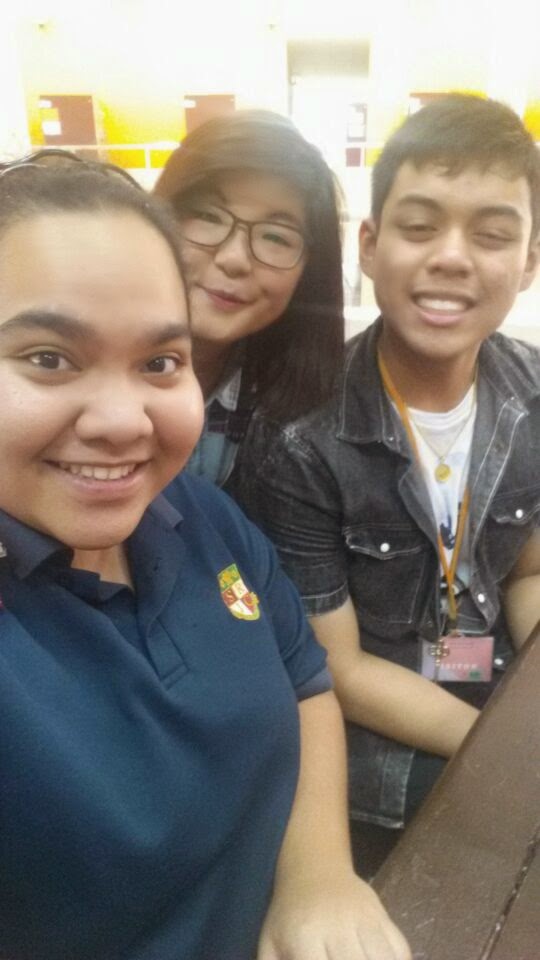 I swear this photo was taken when I wasn’t ready. I looked as if I am going to fall flat asleep on the table anytime. 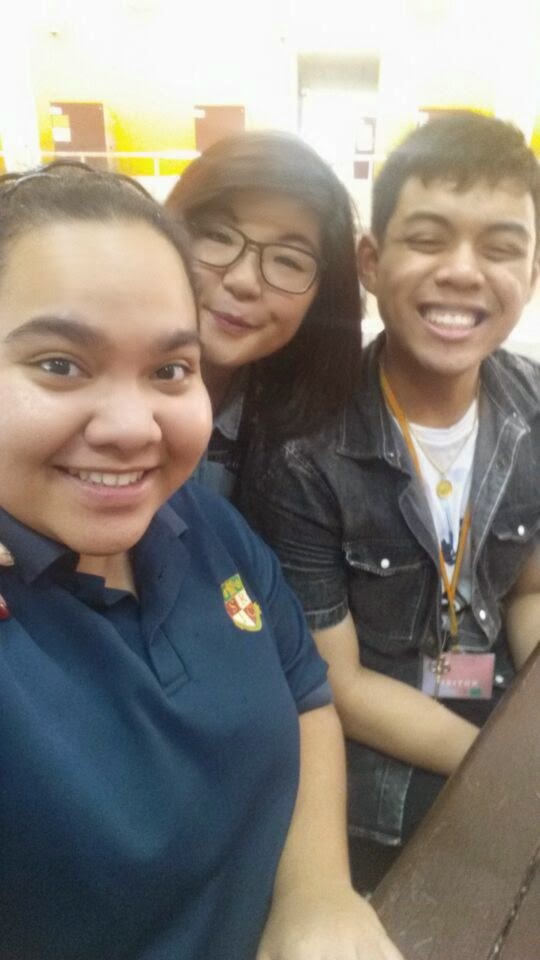 And this is a proper shot. Not sure why my eyes can’t be seen. Oops. 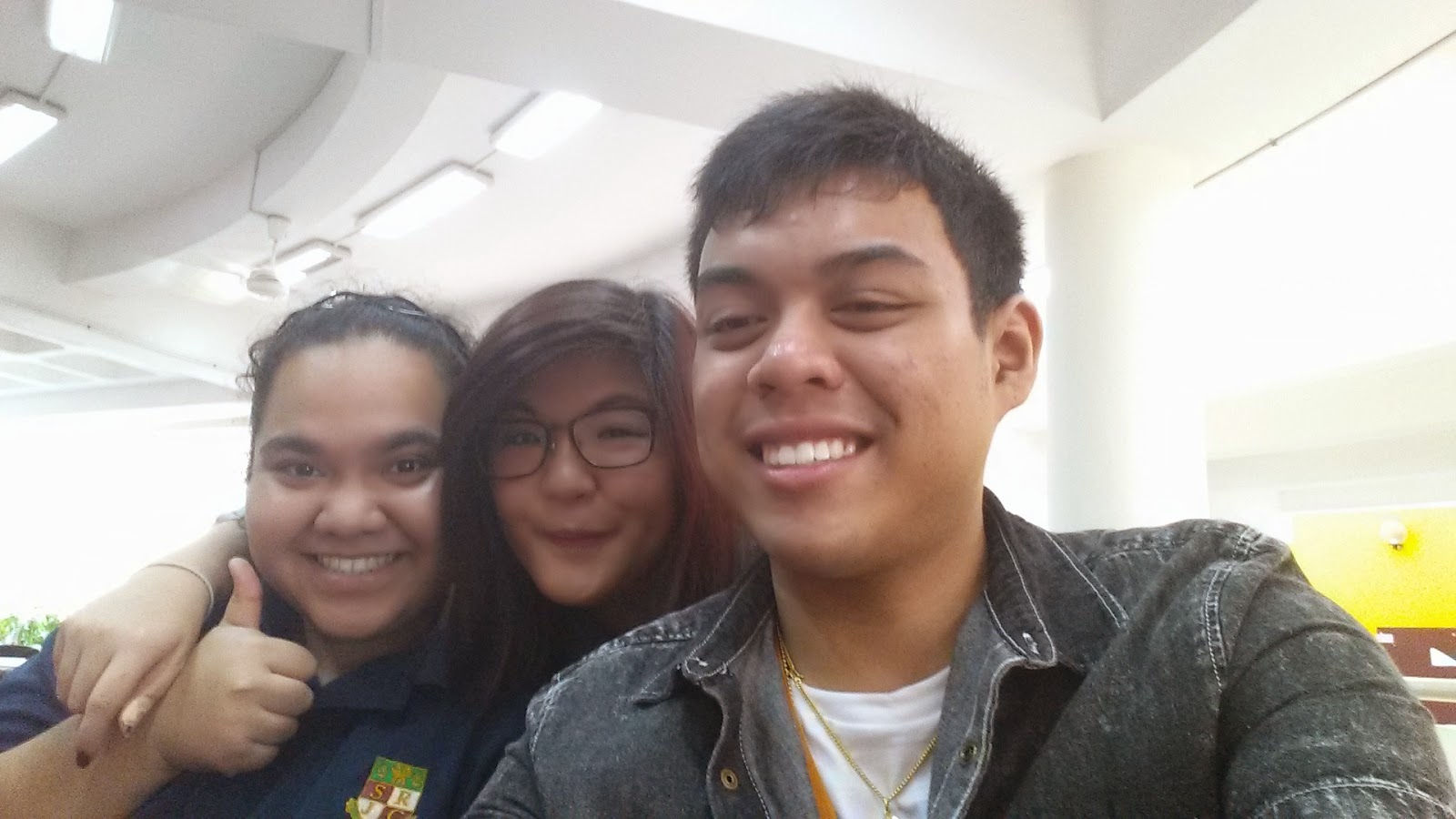 One very important tip when taking selfies: Never take it from the bottom. 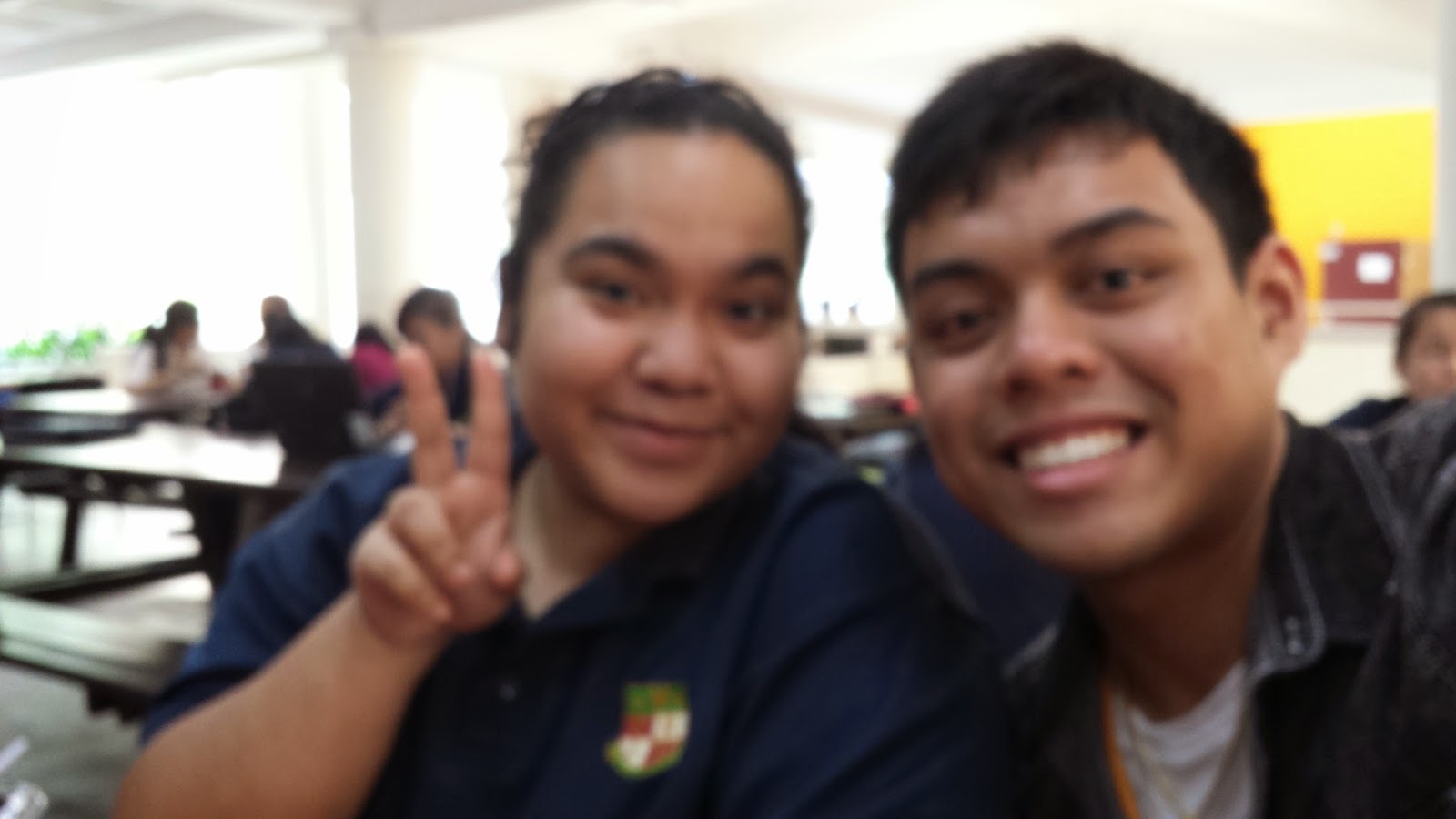 Ok. This is a selfie taken when I was trying to prove to Ratna that the back camera produces better quality pictures compared to the front camera. It came out blurry because I failed to focus before taking the shot. And Ratna was complaining.
And afterwards, we went to the hall, with bit of fear and anticipation for the release of the results.
My PW group, aka #Incendio, decided that we should all sit together.
I didn’t really pay attention to the speech by the Principal because I was not sure if I am of the correct mental state to listen to her without making any stupid yet legitimate comments. Well, since when do I not make comments of any speakers speaking up right there on the stage. I swear I am a born asshole.
Let me skip all those stats and go straight away to the results.
Yes. Dr. Chua me got a B.
So does the majority of 13-1SR06.
And so after getting our results, as usual, everyone ranted here and there. Things started to get a bit emotional. There are several cases of the good ‘C’ word. But more cases of the bad ‘F’ word ringing around my ears. While I was at the back of the hall, raising my fists up in the air, as if I’ve led a team to win the Premier League title. A little resemblance of the late Bill Shankly, I would say. 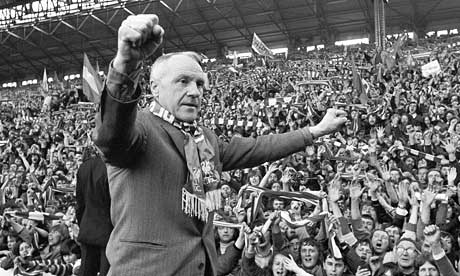 (Image: The Guardian)
Of course. The team doesn’t get together that often. We decided to spam photos on our phones and yep, instax cameras. 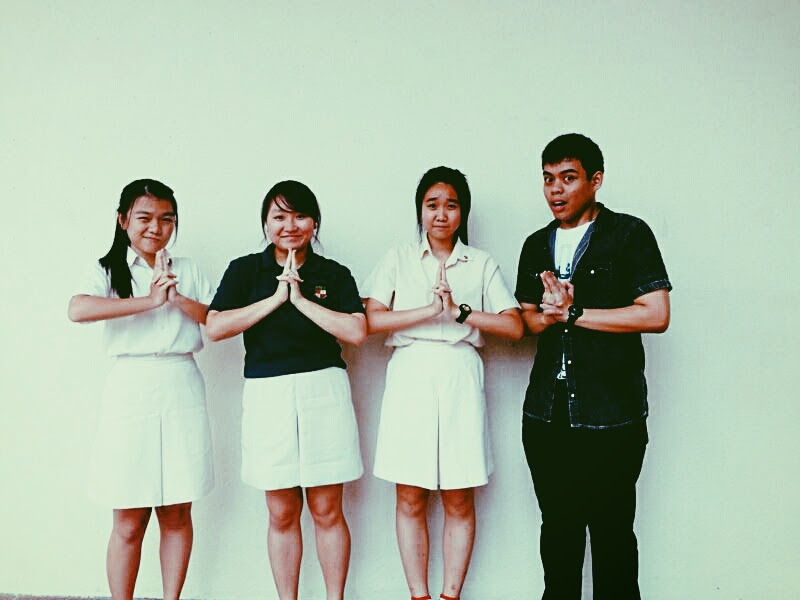 May the forces be with you. 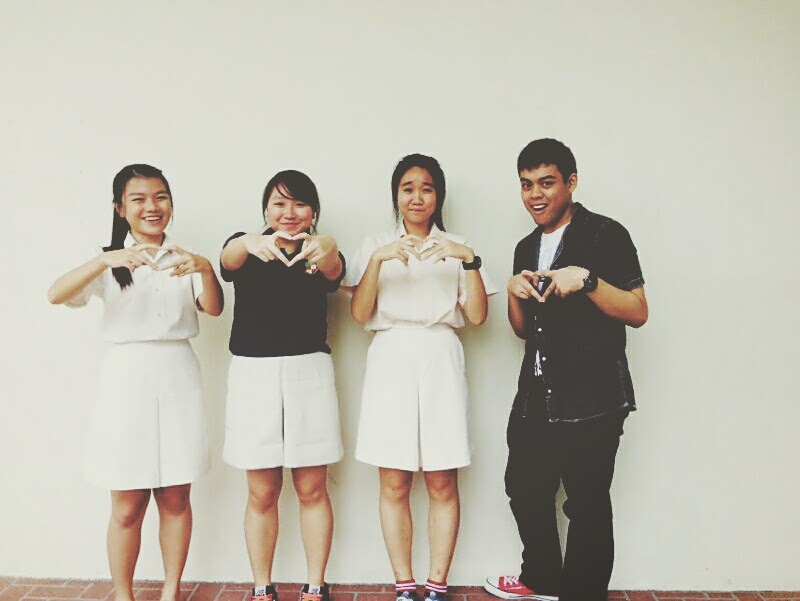 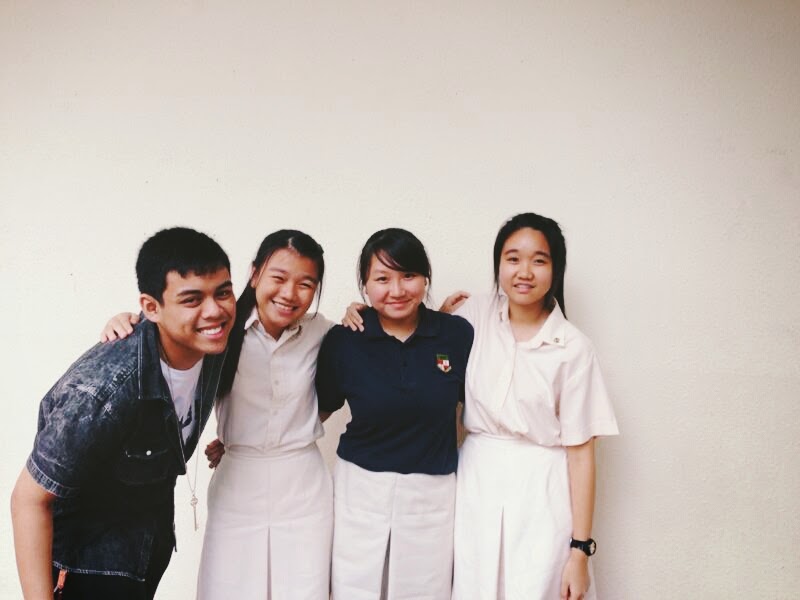 This is actually by far my most favourite picture taken. :)) — Credit to Alicia. But I swear I am still very scared of going to close to girls when taking photos. What’s wrong with me. >< 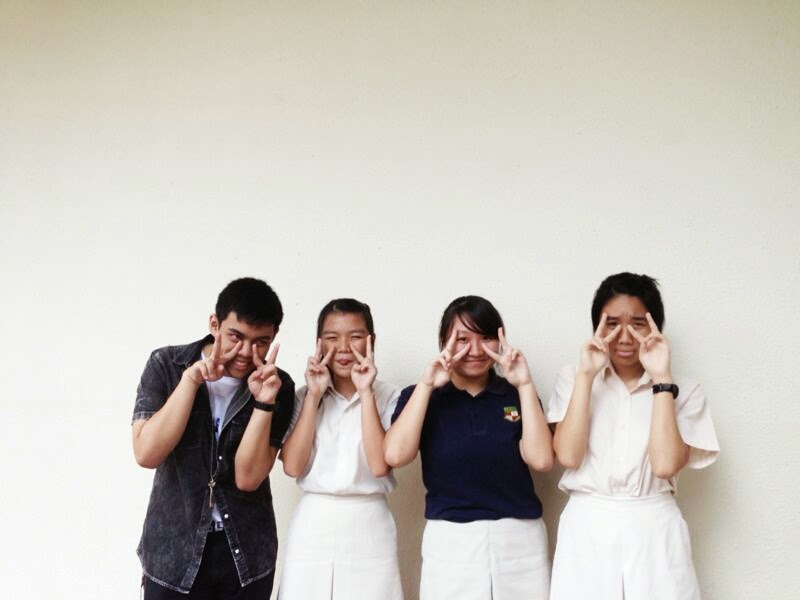 While I tried my best doing this post, I had an uncanny resemblance to a pedophile trying to make his way into a picture with three girls. Just look at my eyes. Maybe next time I should try sticking out my tongue like how Peishan and Michelle did. 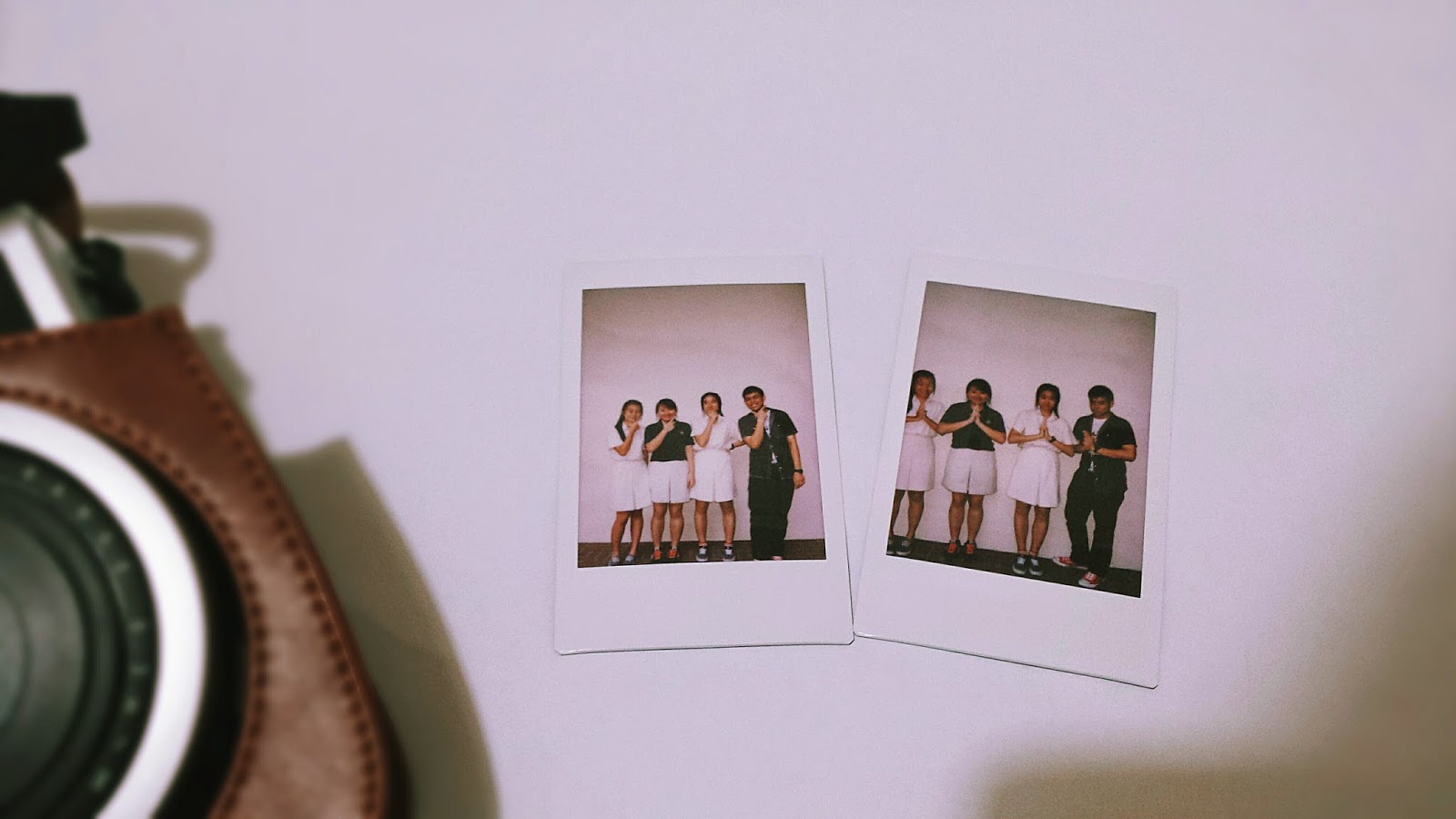 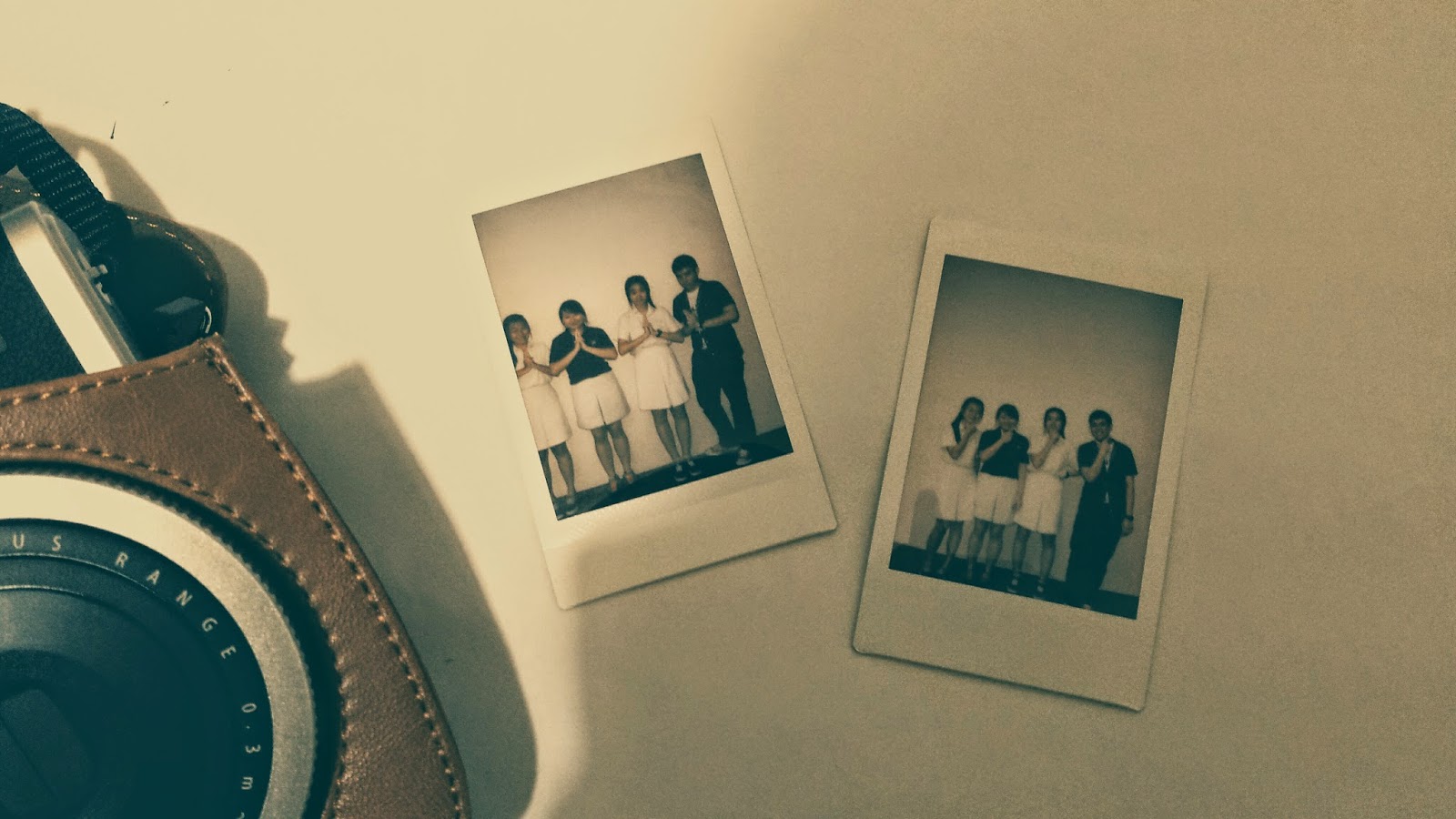 and this effects makes it looks really nostalgic.
Before I end this post, here’s a message to my team mates, really really awesome teammates (I know you’all hd seen this on Instagram, but it actually supposed to appear in this blogpost. Ahwell):

One of the most awesome PW group ever was formed a year ago. Incendio means burn, to show our burning passion towards our task. One year later, after going through so much together, we finally see the fruit of our hardwork.

Thank you girls for all the hardwork (yep, on the project and on bearing with all my retarded nonsense). You all are the best teammates I can ever ask for. God must have been real kind to me.

Though I am no longer around physically with you all anymore, but remember, our affinity does not just end here. I will continue to pray for the success in whatever you all are doing, like how we’ve prayed before our OP. I will look forward to all your successes. And please stay in contact and the flames of Incendio will never cease.

Because we are #Incendio.

Yep. The Flames of #Incendio will keep on burning as long as we keep its spirit alive.