I was reluctant at first.

Then, they succeeded in persuading me to join them after telling me it’s okay to not to go topless.

I was relieved. I am not a confident guy as far as I could remember. Maybe, many of you might just tell me to YOLO, but no, I want my dignity. I don’t have a good figure, neither do I have a nice looking face that when combined, will make all the girls start screaming and shouting. Too bad, I am born in the other extreme. That explains why I wear shades (Those who saw my 20 facts on Instagram could have know this by now, though). Despite that, I am still trying my best, through all my training routines (I admit, all my training routines are more of towards able to run a full marathon by let say, 4 years), to get myself in shape.

Alright. Enough of this er… confident talk. I mean, this is not really important in this post. Wait, maybe it does? HAHA!

Anyway, Adventure Cove. Finally, after I don’t know how many years and after many of my friends went there (Yes, yes. I can see it on Instagram), I got a chance to step into the boundary of a water theme park in Singapore.

Allow me to dig deep into my memory to see if I’ve ever been to any theme park… Hmm. Nope. Maybe, other than the one at Genting Highlands which I could still able to remember the horror of being on a roller coaster, despite it is for children and it is indoor.

I am not a confident person, and to add on to that, I am not a dare-devil.

Singapore has just a few theme parks back during the times when I was a child: Escape, Wild Wild Wet (I still think that the name of this theme park seems rather inappropriate when it’s target audience seems to be children. I mean, this sounds more like an adult theme park situated right in the quiet alleys of Geylang or within Orchard Towers) and Big Splash. And then, as I grew older, there came the Universal Studios Singapore and Adventure Cove.

To be frank, I grew up in a family who doesn’t seem to be fancied over such attractions so I have never been to any of these theme parks before. And, we would rather spend the money elsewhere instead of paying for the entrance fee (Not cheap anyway).

So, finally for once, last Wednesday, I set foot inside a local theme park for once.

I must thank Dallies, who is a stuff there, so that we are entitled to a 50% discount. The perks of going with someone who works there. That means I am more flexible in my budget for the rest of the week (I ain’t going to rant about how overpriced the food there).

It was quite a shame that my phone wasn’t waterproof so I forego the chance of taking photographs.

It was also one thing I was glad about.

I ain’t going capture anything with my trembling body.

Riptide Rocket. I am going to remember the name of this ride for the rest of my life.

It was more than a ride and more of a roller coaster. The only difference between that and a roller coaster is the water element. I still can’t forget the entire ride, it’s a freaking nightmare, though happening in broad daylight.

I’ve never tried any thing that’s too extreme for my weak heart to take. I swear I almost died of heart attack, or at least, almost died of my heart being thrown out of my body. I still count myself lucky not to be a pain in the ass to myself and held on tide on the strap handle beside me. The powerful climbs and plunging drops almost threw myself out into the air.

Alright. I may have over-described my experience, it’s actually safe since I managed to come out alive, and in one piece.

I shan’t talk about the other rides which fades compared to the one above. Oh gosh, that’s gonna haunt me for the rest of my life.

I quite enjoy things that are of a not-so-adventurous nature. I kind of enjoy Bluwater Bay, with is somewhat like a seaside simulator, with simulated waves that almost caught me unaware. But it was really damn fun.

For those who wants something more leisure, there’s always this Adventure River, which you just need to grab a random float and ‘cruise’ around the entire place. And yes, you can even take photo (but we are too broke to buy the original thing so we decided to secretly took a snapshot of the photo at the booth). 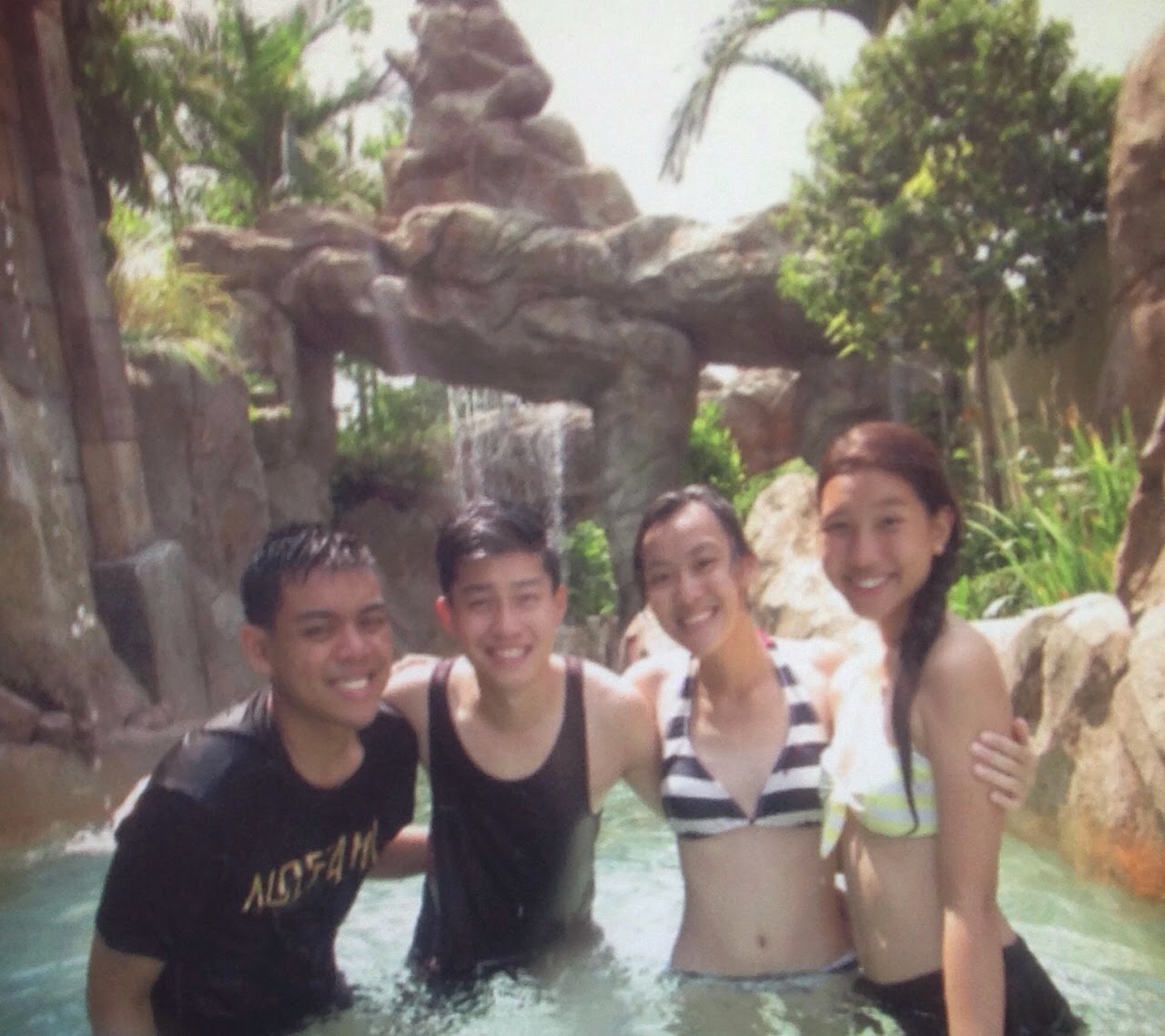 I know it’s a bit blur but well… at least no need pay for the photo right? 😛
And of course, after the entire trip, we had to take photo at the entrance, like everyone else who came here did. 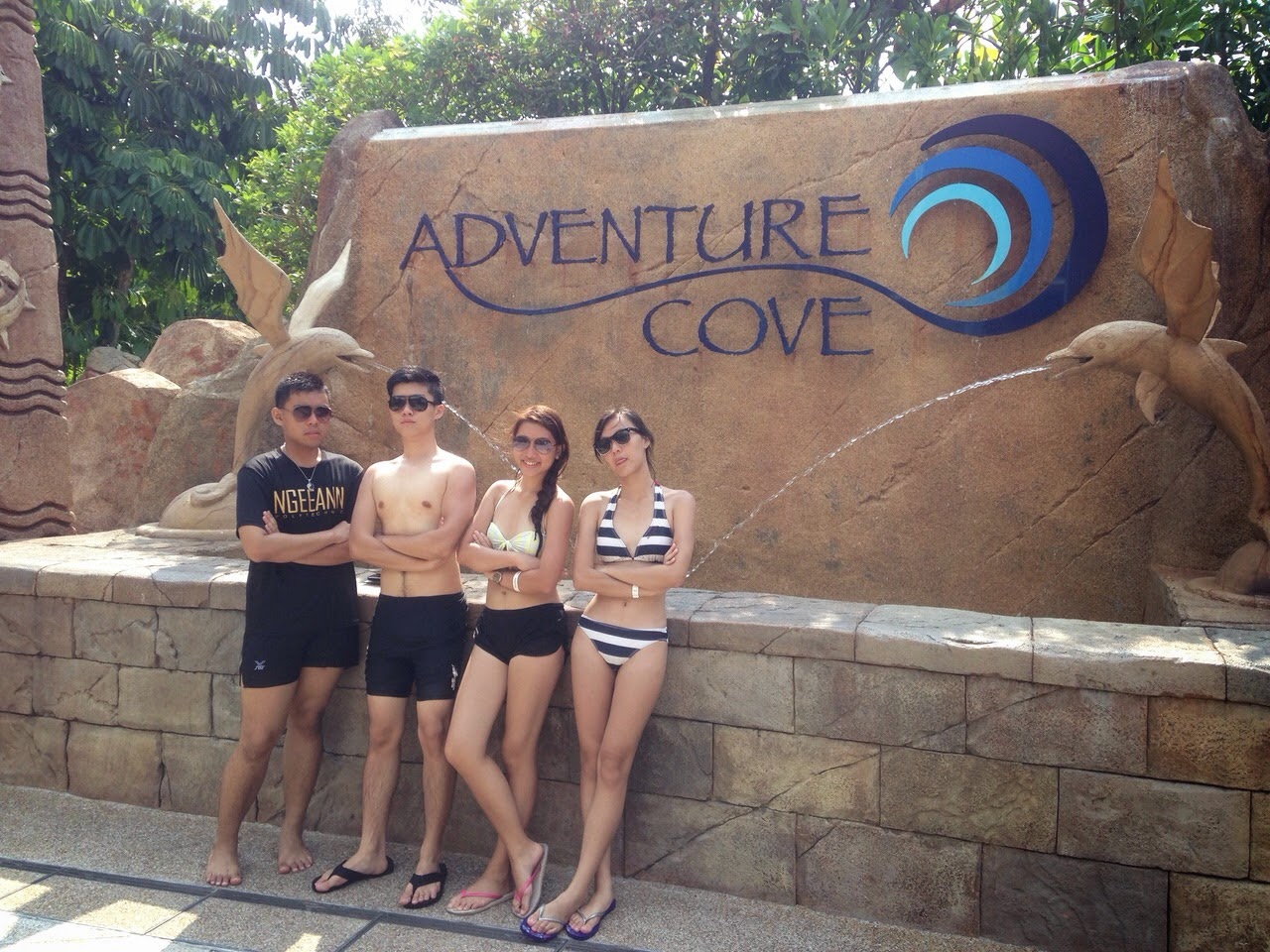 Er… Ya. We tried to look step. 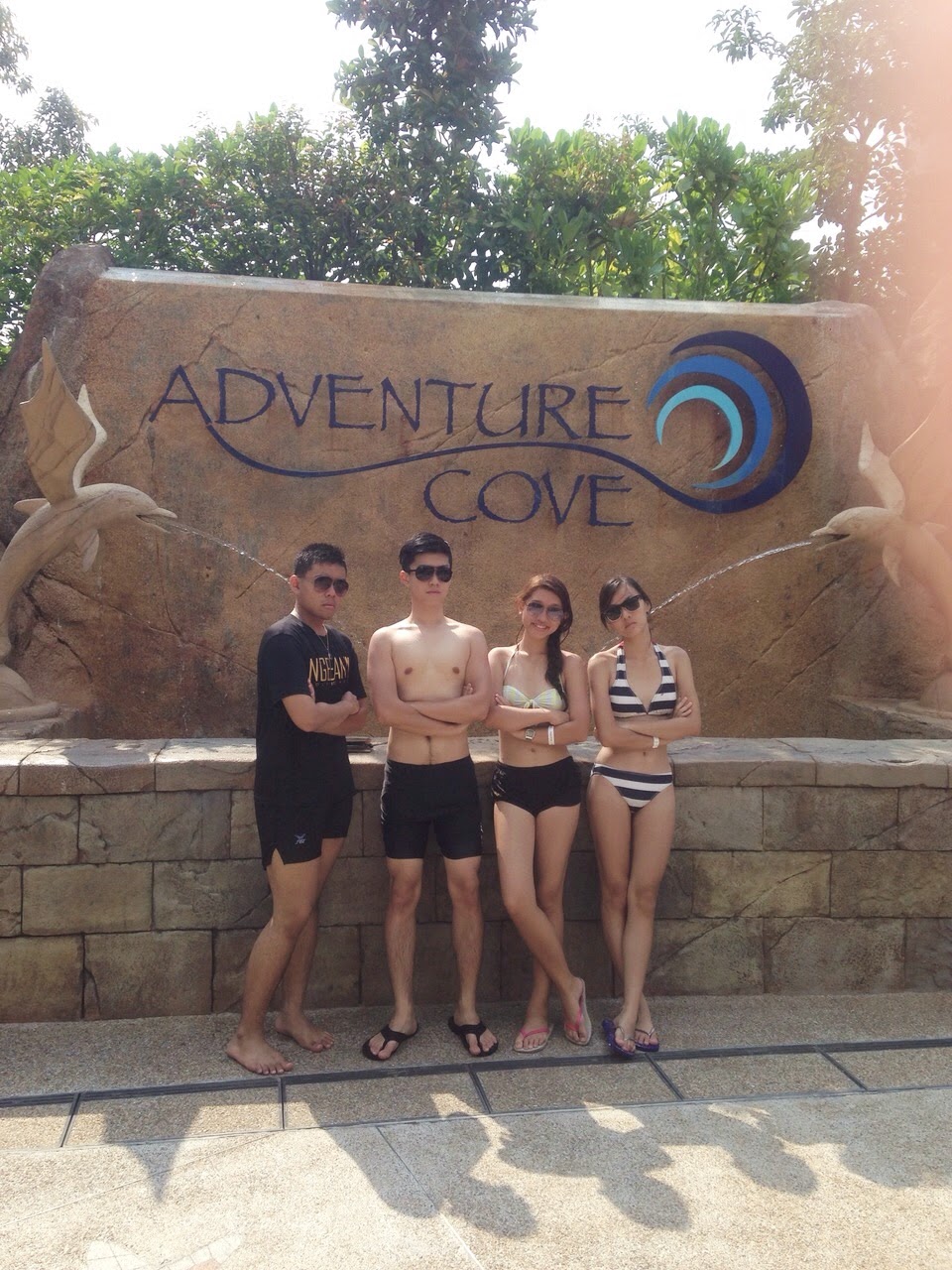 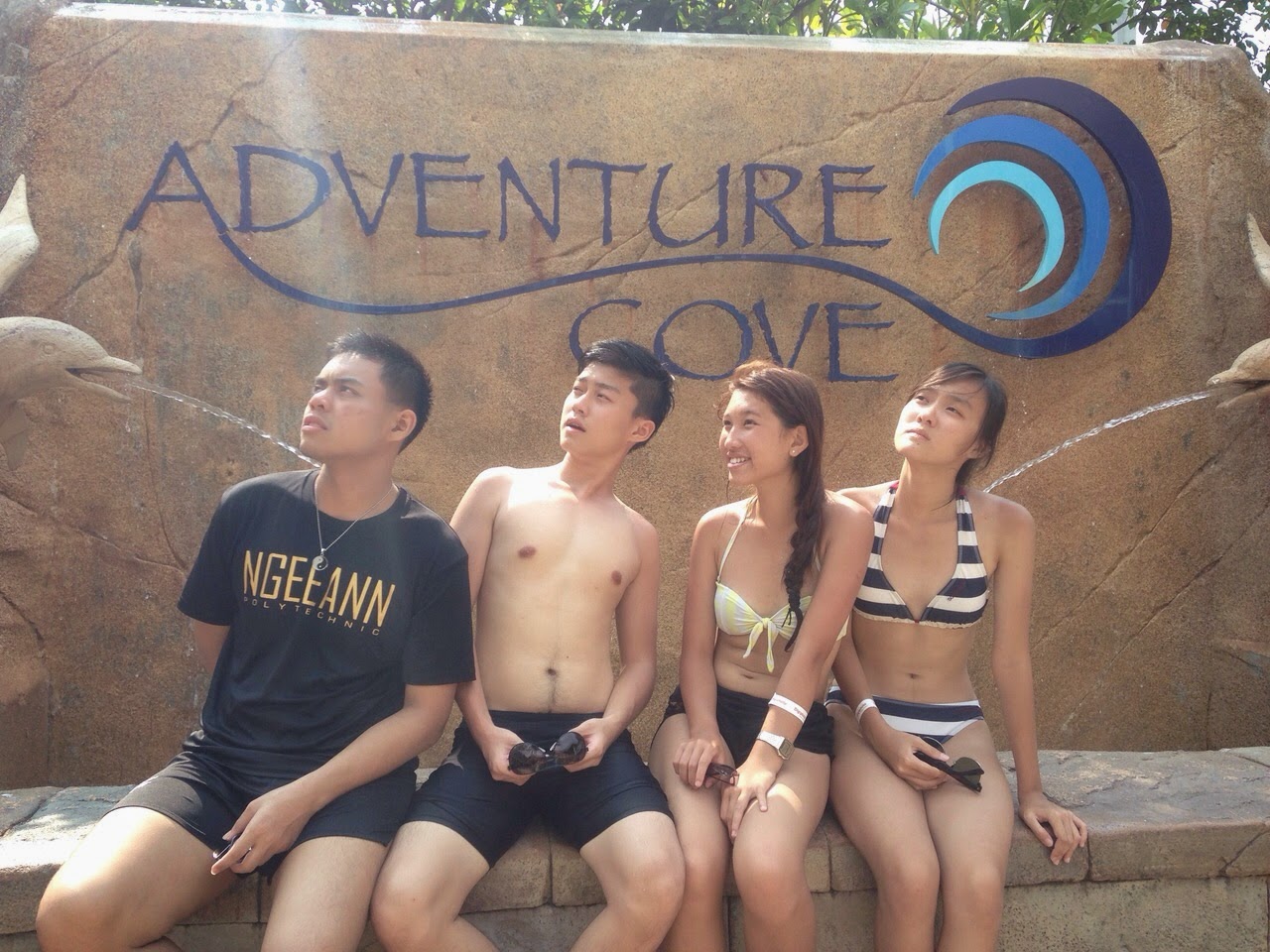 And we tried the 《那些年》post. It failed though, but I seem to get the spotlight, from the nature. 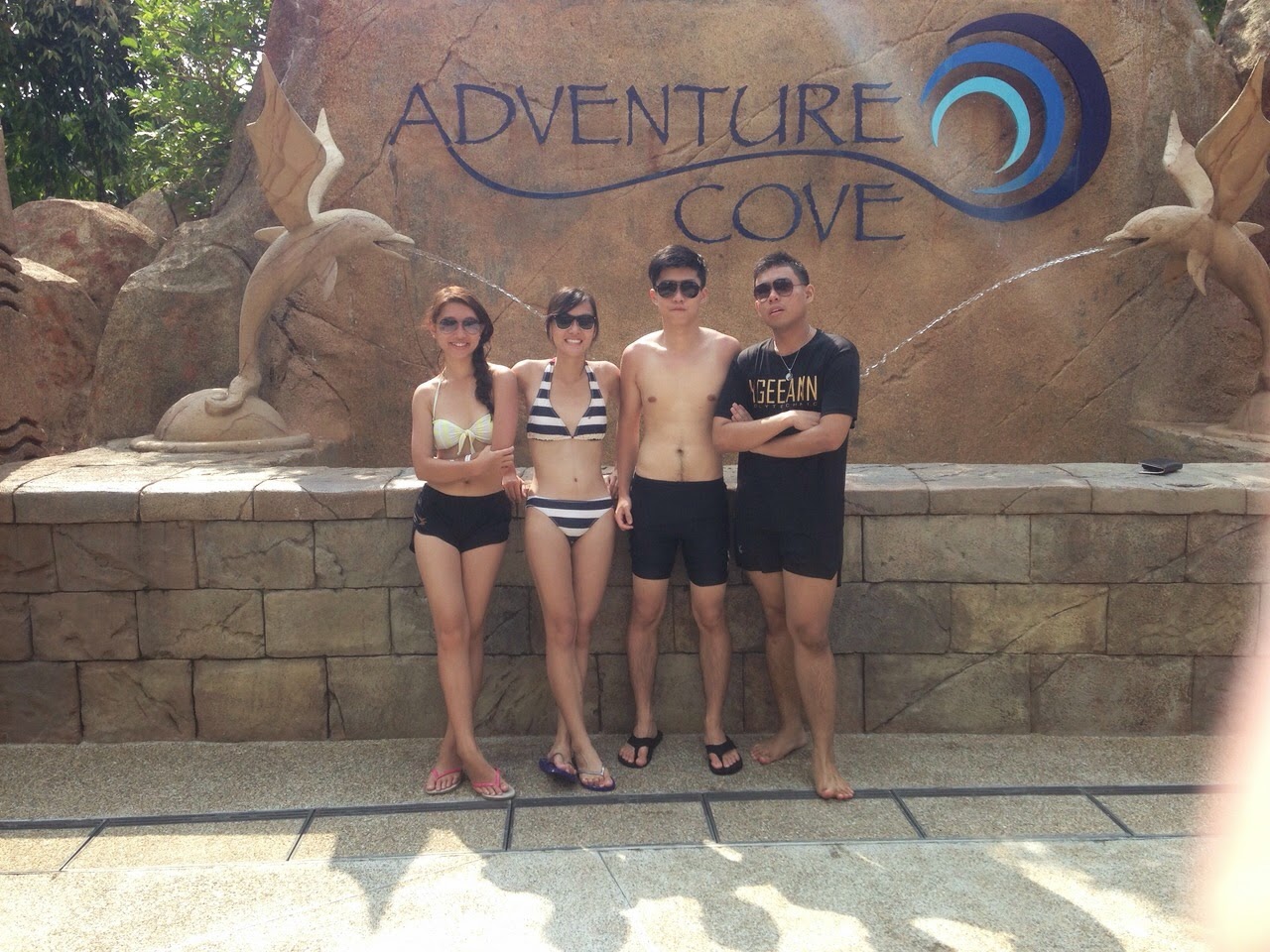 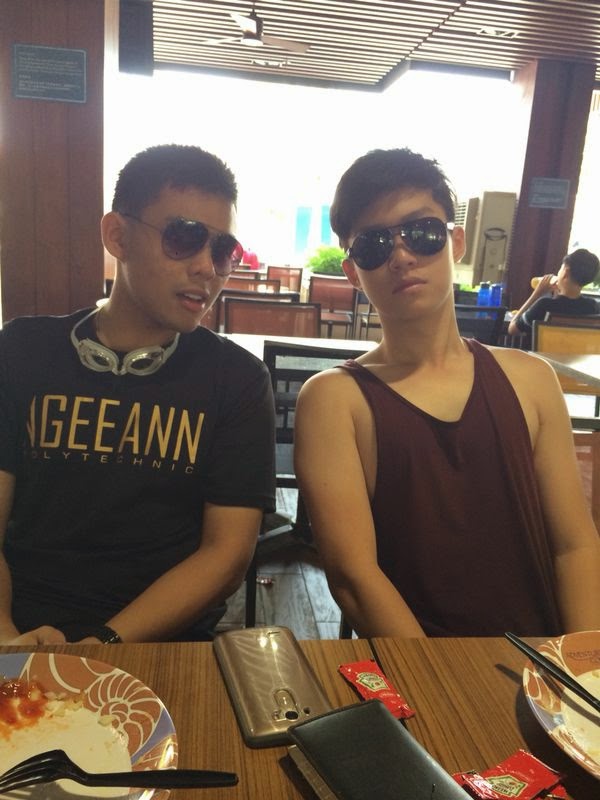 Here’s me and Zeliang (right). 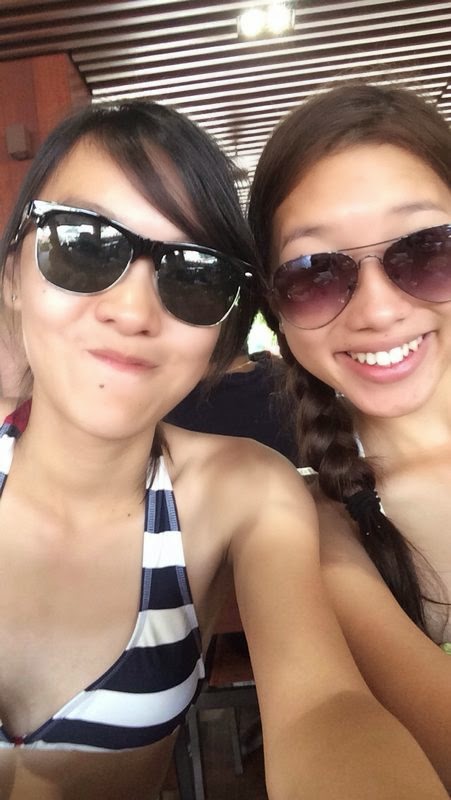 (From left) Crystal and Dallies with their selfie during lunch.
It’s a nice day out, but it’s still rather horrifying for me. It really lives up to its name of Adventure Cove. For those who love adventure and water, here’s your paradise.