Skip to content
It has been long since I have been in touch with the nature.
I mean, Singapore is a jungle, a concrete jungle. Man-made buildings and skyscrapers ruled almost the entire country. But, we must be glad that the nature side of this island did not disappear together with urban planning.
The Central Catchment Nature Reserve covers a total of 2880 hectares, located around the geographical centre of the country. It gives people a place to retreat from the buzzing city life. Everyone needs somewhere to go to escape the harsh reality.
Nature is that place.
I don’t know how to describe it, but for anyone who loves and understands nature, it is evident how pleasure and peaceful one can feel once stepping into the bosom of Mother Nature. It’s like returning to your roots.
Ok. I know it sounds weird when I describe it that way, but if you think about it, where did our ancestors reside during the start of civilisation? Before human intervention (ahem, human disruption to the nature), humans or I should say the ancestors of humans (Idk, be it Australopithecus Afarensis or Homo Erectus) inhabits with the nature.
They live and die with the nature.
And everything seems more absolve back then. Stress is mostly about survivor – food and water. Materialism and expectations do not even exist.
Nature gives you something that money cannot buy.
Fresh air, with little or perhaps no pollutants such as the Sulfur Dioxide, Carbon Monoxide and Nitrogen Dioxide, etc.
Peacefulness, just by shutting your eyes and concentrate on the surrounding sounds — chirps of the birds, stridulations of the crickets, etc.
My love for the nature cannot be belittled.
Amidst my busy schedule, I found time to make my way to the place I’ve always wanted to venture into. 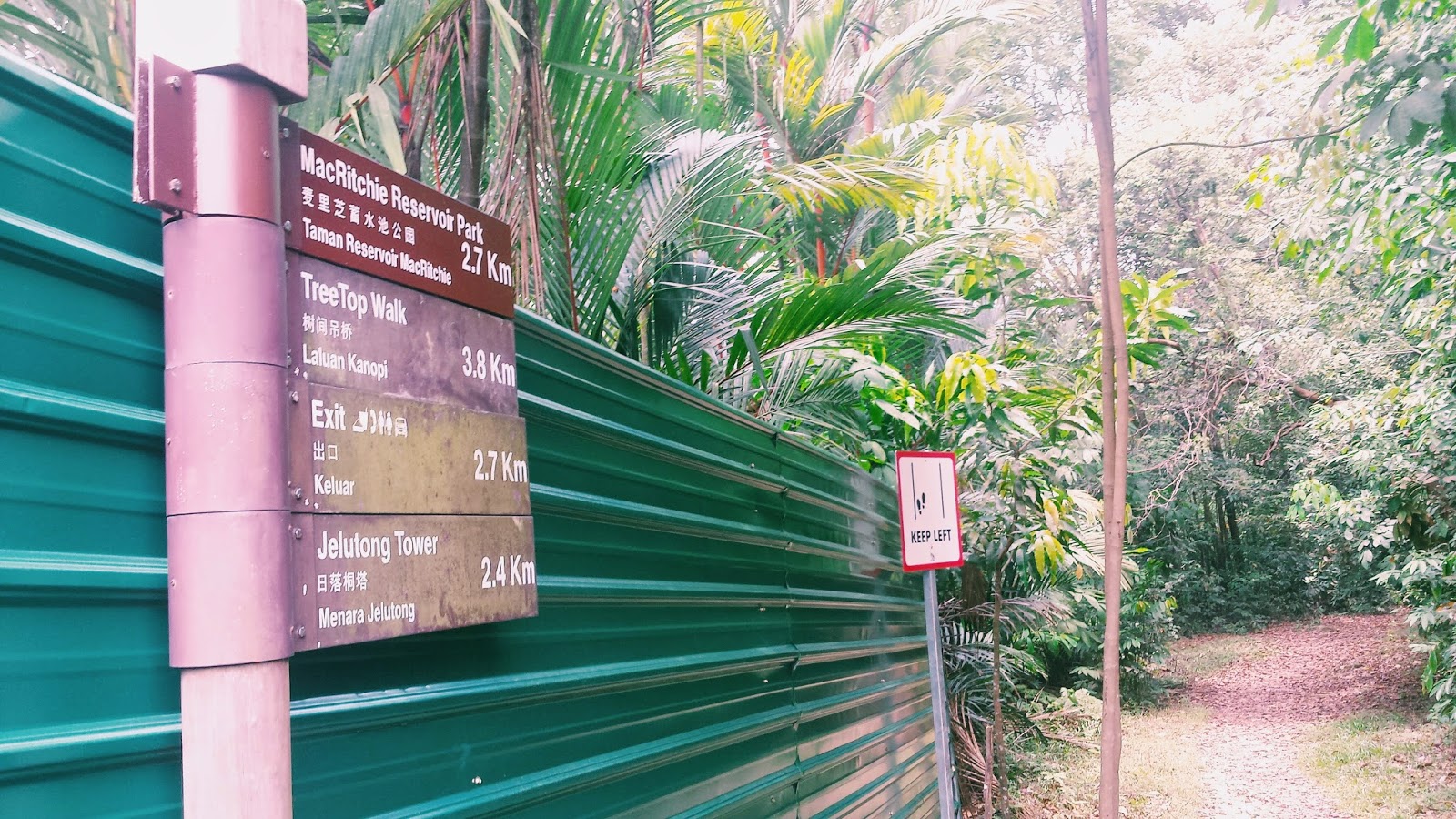 MacRitchie Reservoir Park.
Alright, not exactly MacRitchie Reservoir Park — that’s my ‘final destination’.
MacRitchie Nature Trail to be exact.
On a random afternoon, on the way back from Ngee Ann Poly after a meeting, I decided to took 74 and stop randomly along Adam Road.
I almost got myself lost.
As I alighted, I walked towards my right when the entrance to the trail is towards the opposite direction.
Yeah. I was lucky I knew I was on the wrong direction before I strayed too far down the expressway.
Originally, my main purpose was to go in there for some nature photography.
Guess what.
DSLR – check.
Battery – check.
Lens – check.
Memory card – …
Shit got real.
How am I going to take any photo without a memory card inserted into the camera.
What to do?
Suck thumb.
I had to resort to capture nature through…
My beloved S4, with a little help from VSCO.
Thankfully, the S4 comes with a 13MP camera which pretty much stands out as a good digital phone camera. (Although the quality may not be as good as that of an iPhone and incomparable to an entry-level DSLR)
I still love the quality of the photos taken.
I kept my camera and took out my phone and walked deep into the trail which looks like it’s going to lead me to a whole new dimension. 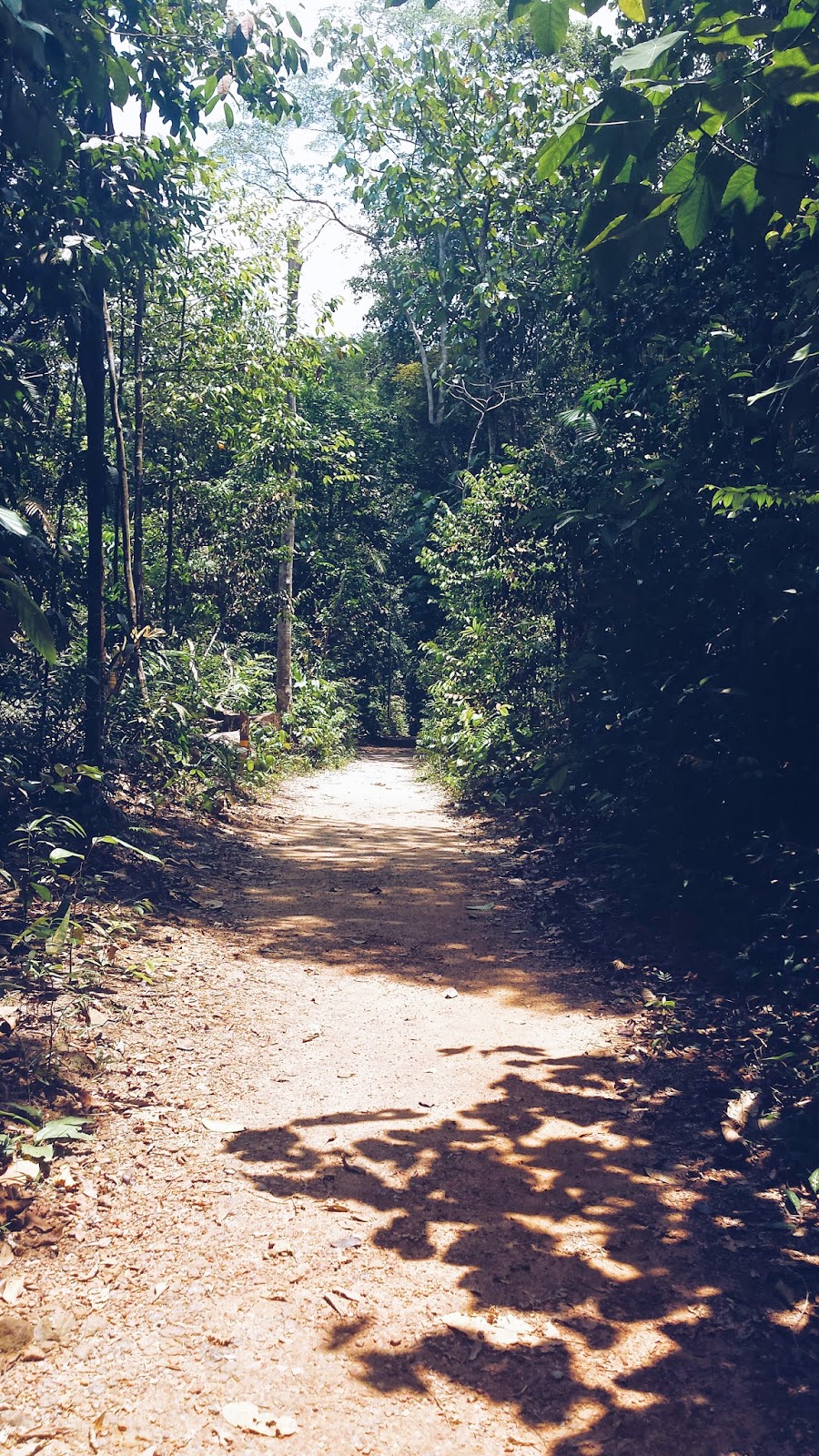 I had no idea where I was heading to.
As I trekked through a trail full of trees and plants, I immersed myself into the surrounding around me. The only other living things around me were just the greens and some insects hiding among them.
*Crickets chirping*
I took a deep breathe. Never felt so fresh and good before.
While I thought I would be surrounded by those tall and enormous woods, a whole new scene appeared right in front of me. 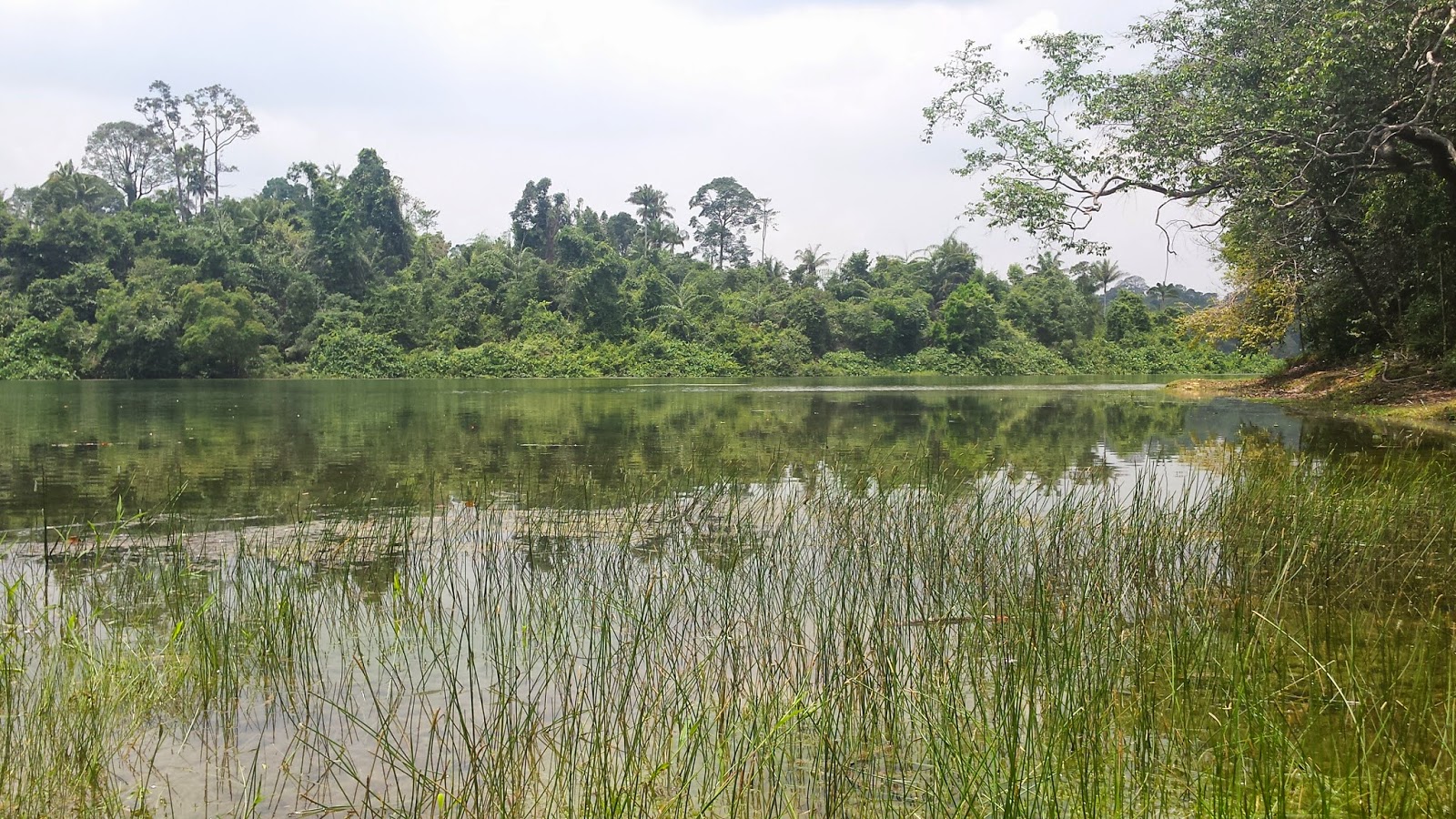 Spectacular.
Bewitching.
I was almost fully hypnotised by the scenery that appeared in front of me. It looked as if I wandered into a whole new world. 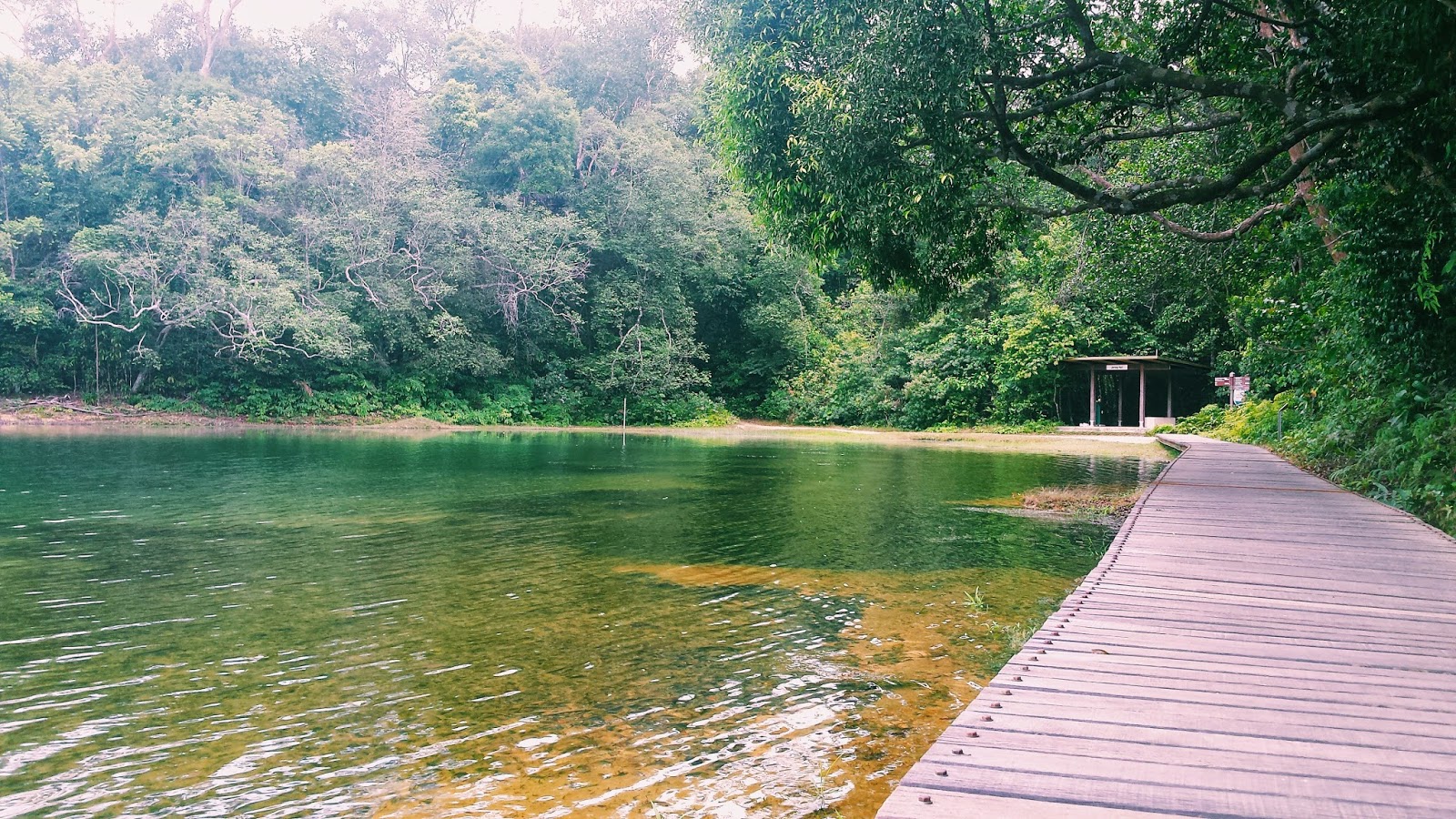 I felt so good that I decided to sit around on the walkway and enjoy the nice scenery. 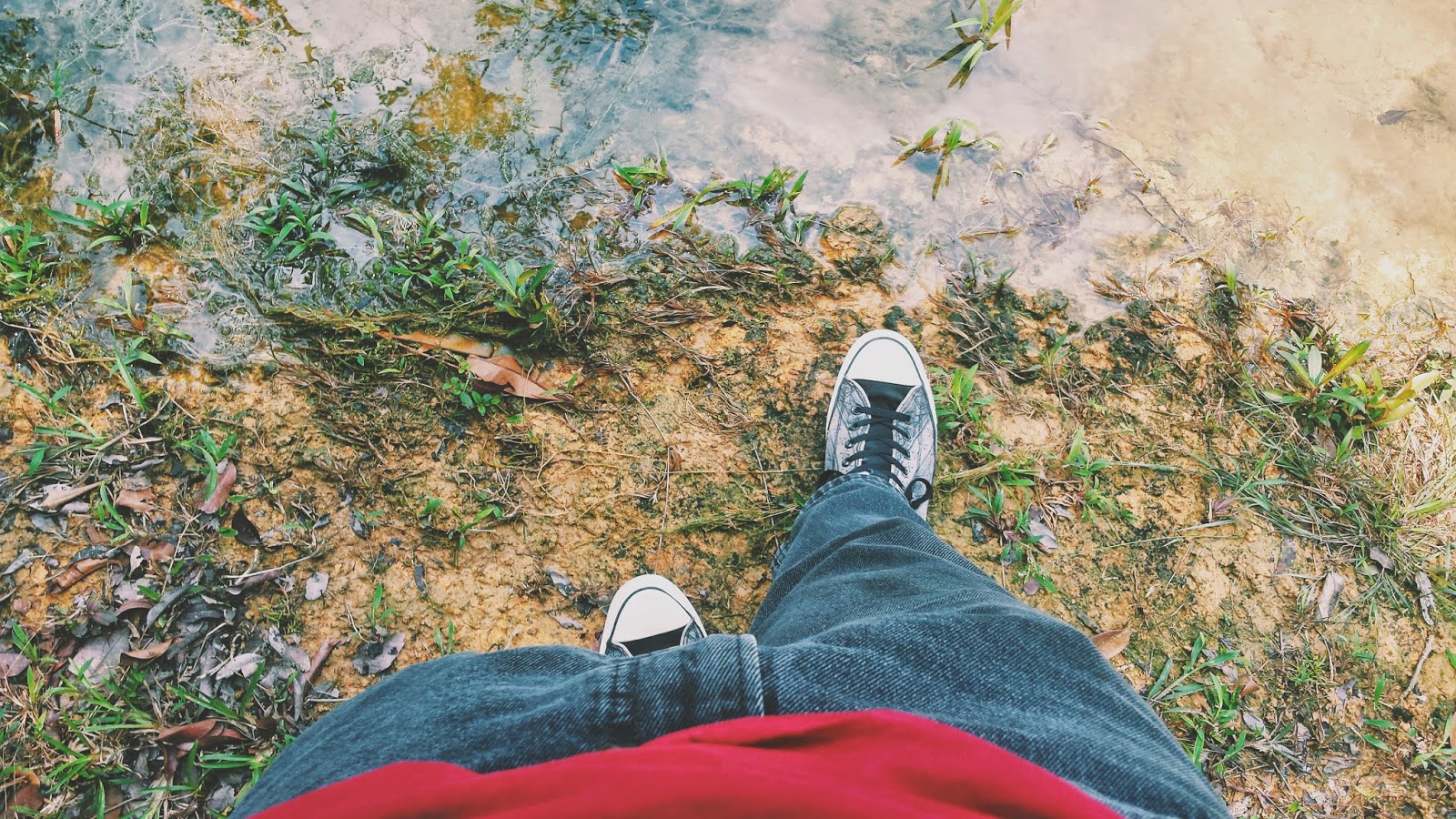 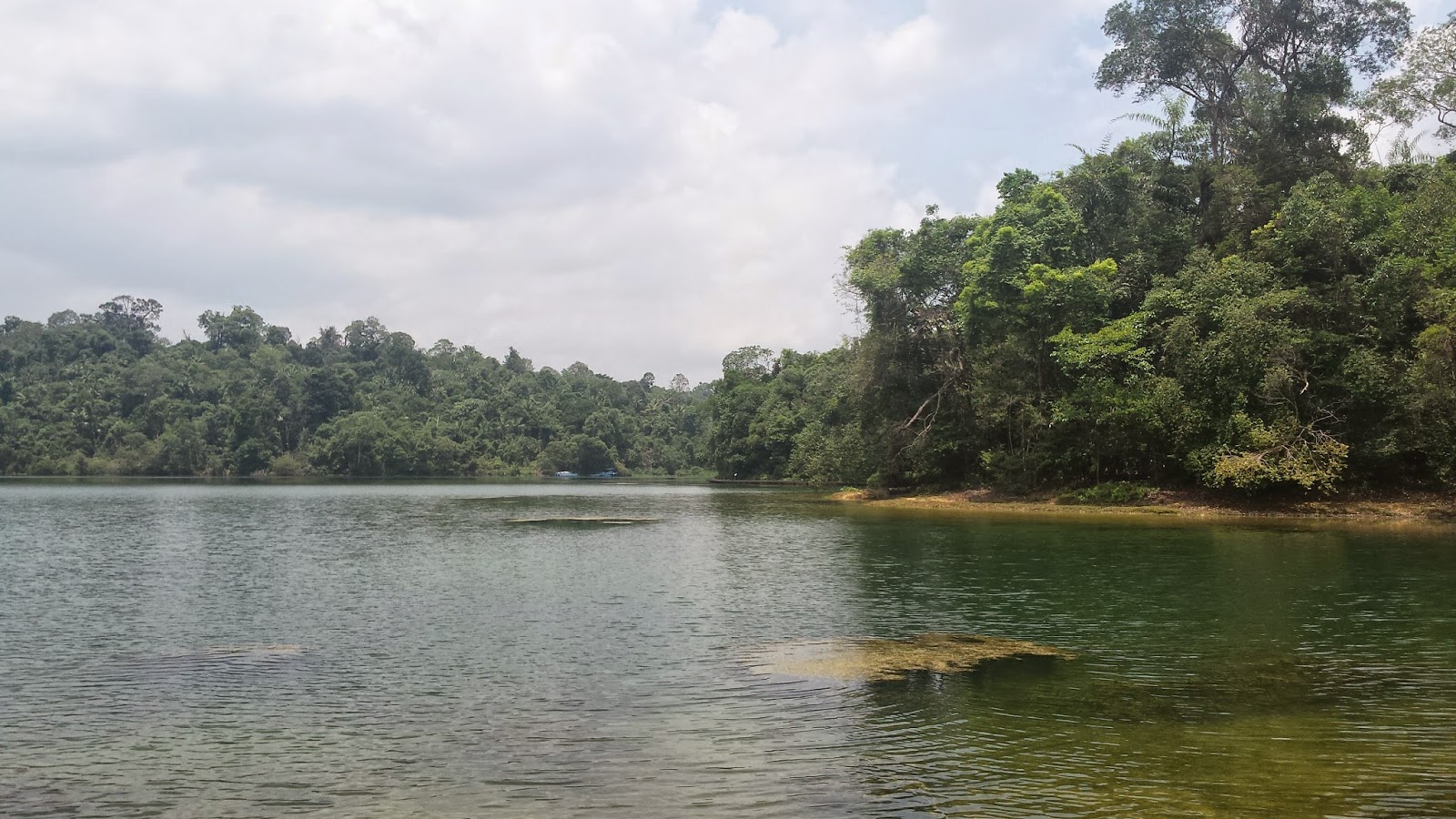 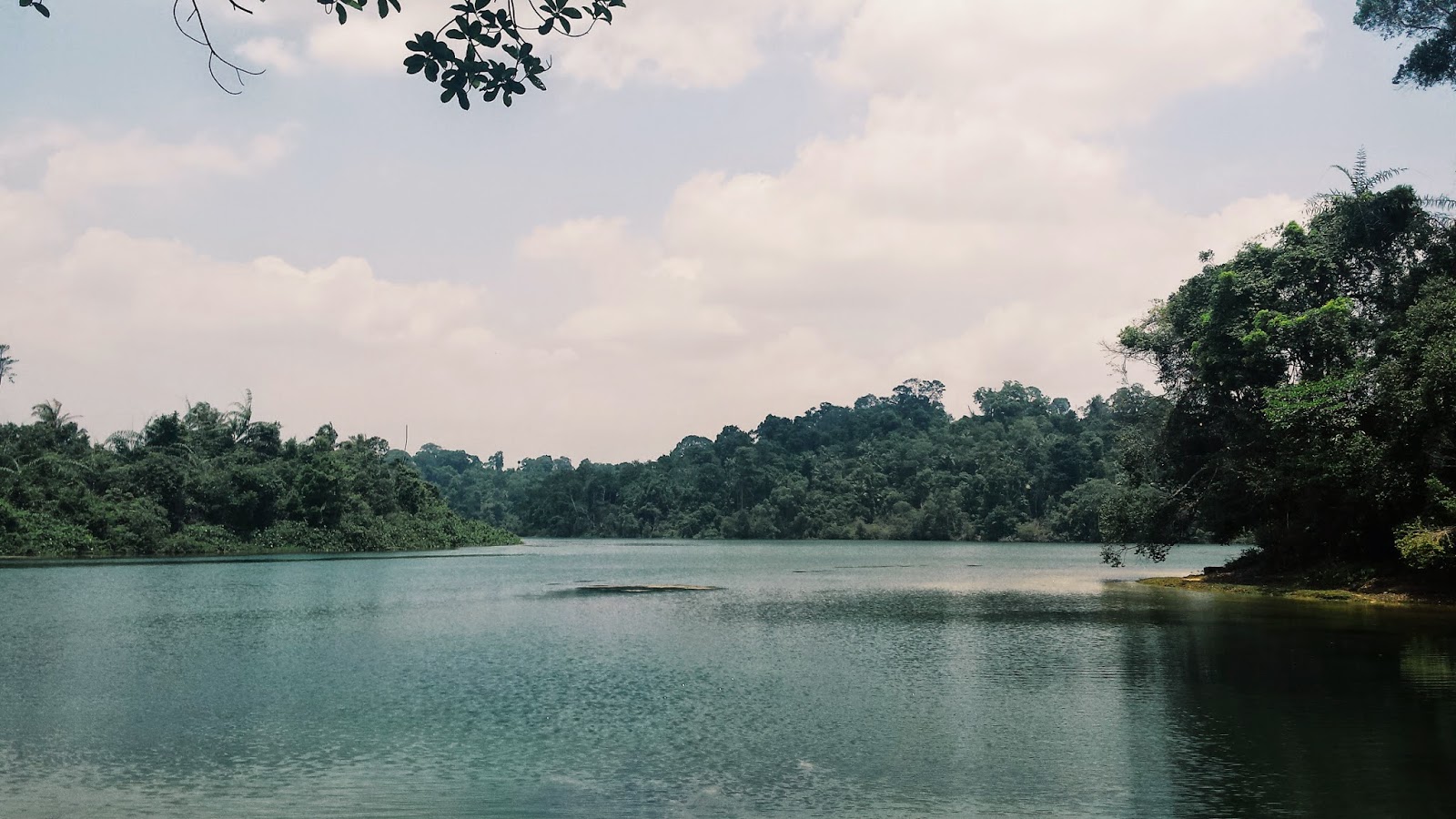 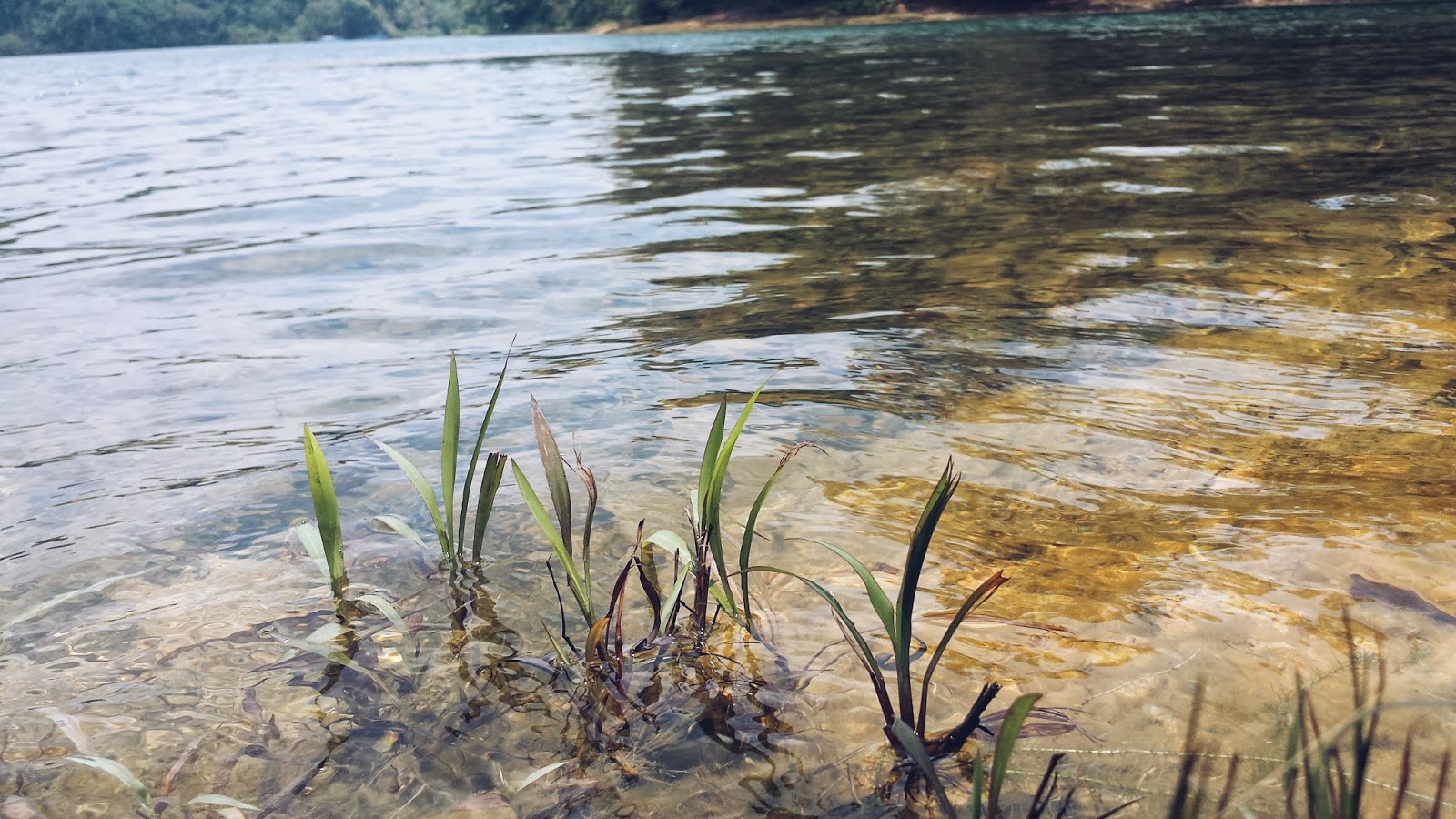 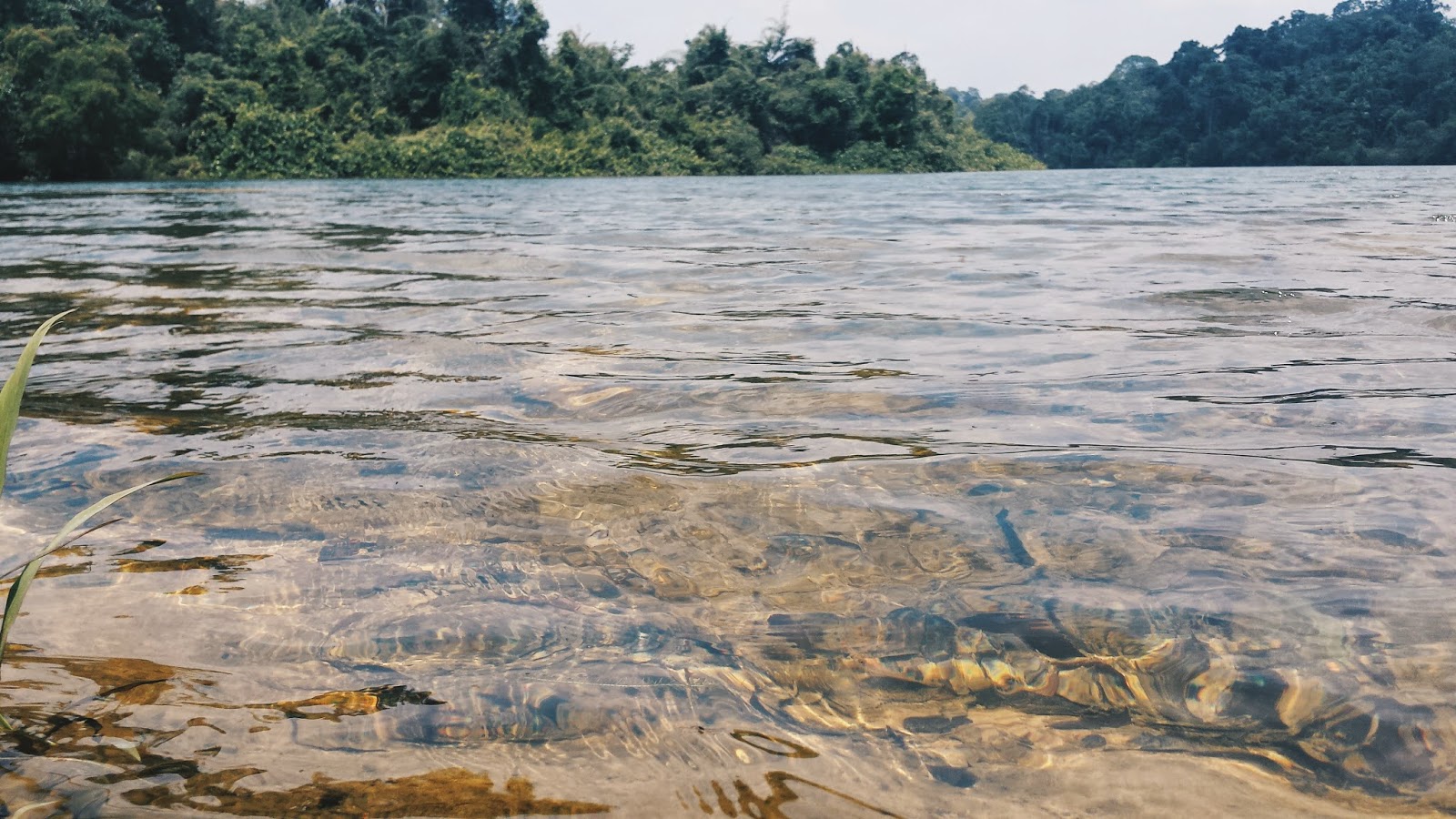 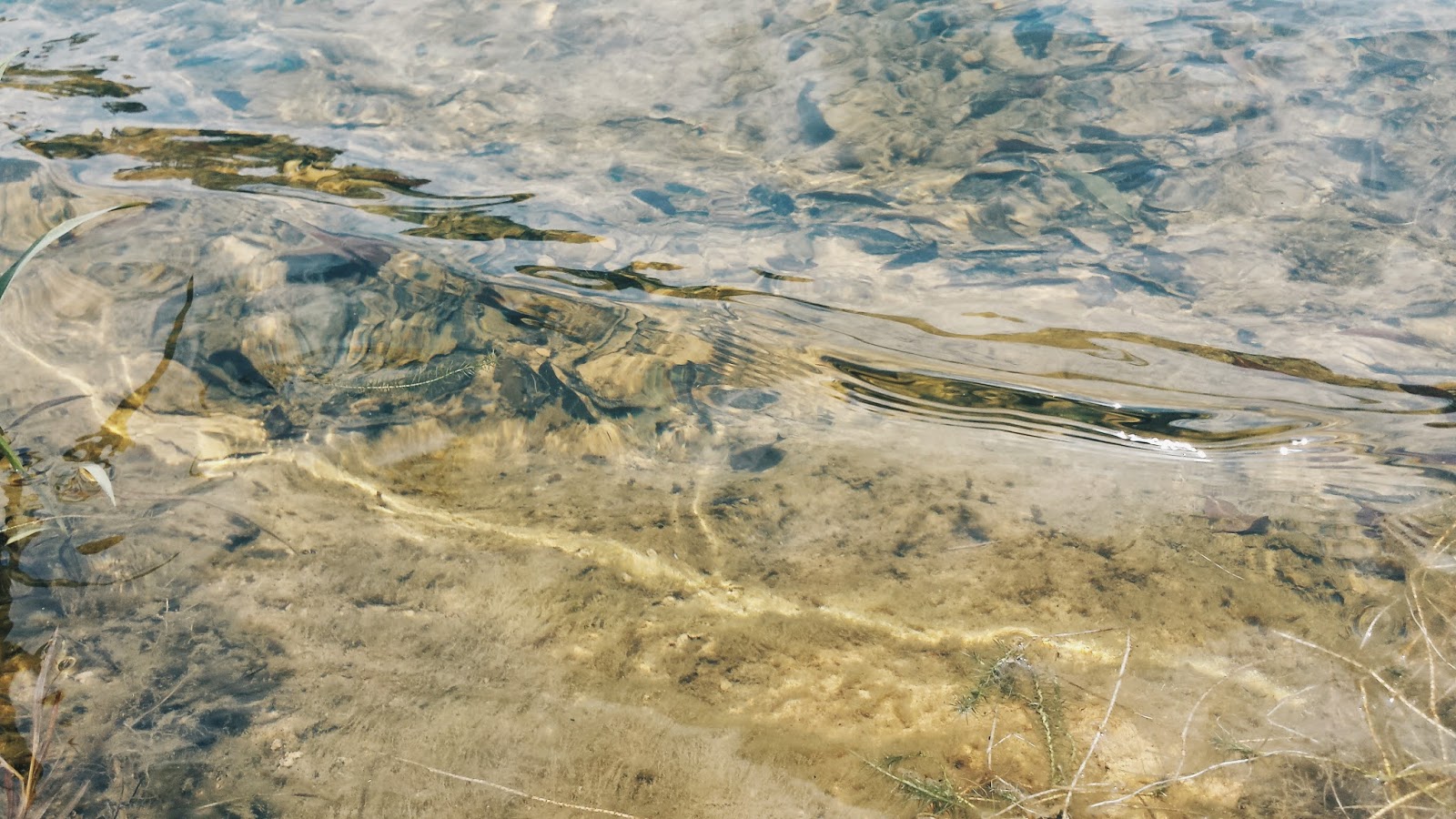 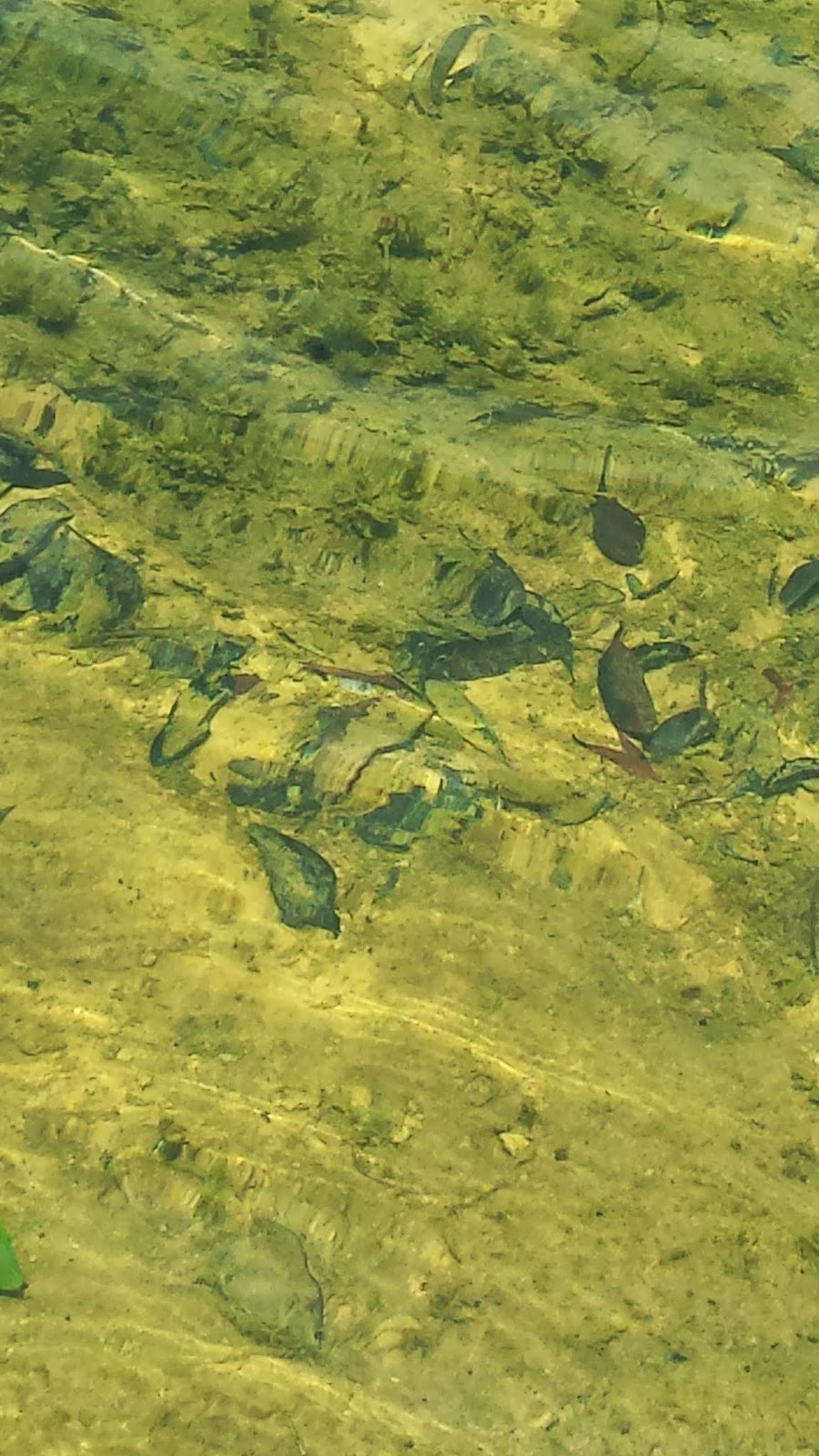 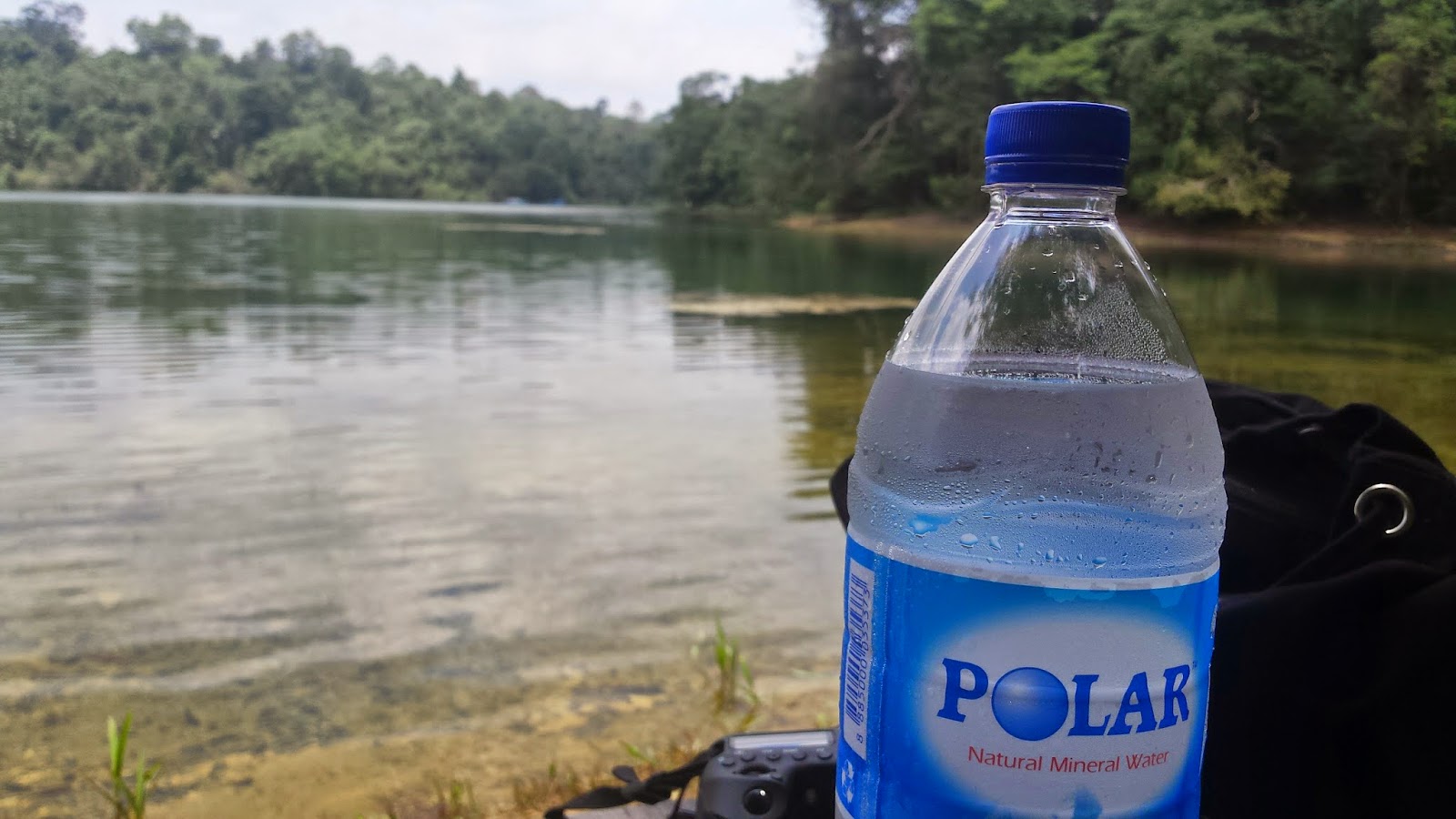 Life has never been so carefree.
Looking out at the reservoir and the greeneries, I felt relaxed, despite the sun rays beaming through the clouds and almost burnt my skins.
Ok. That exaggerating much. HAHAHA
The wind was cooler and fresher than those outside.
I realised I wasn’t alone. 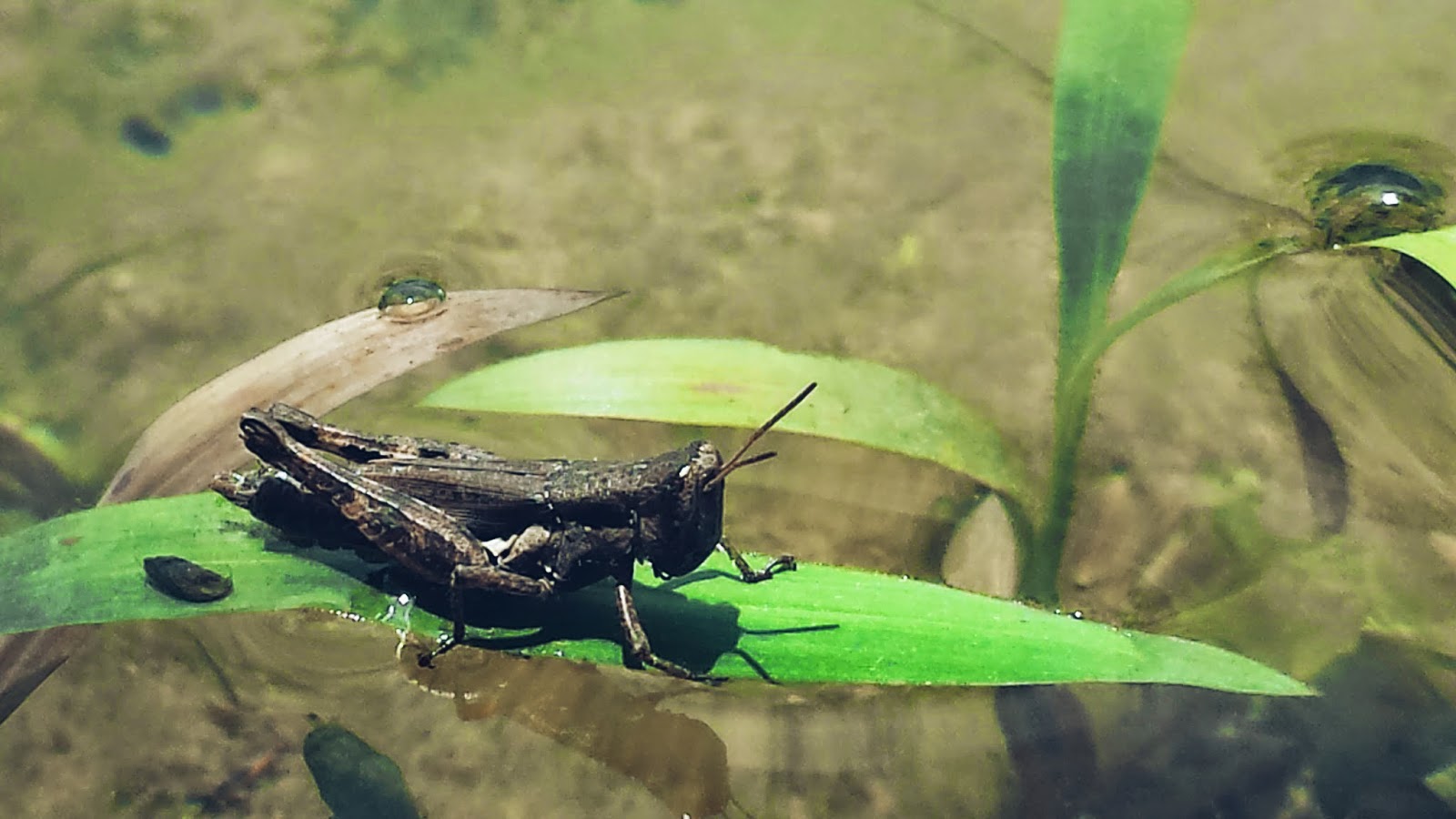 I bet his bugger had been lurking there for a long time before it caught my attention.
I placed my phone so near to it that I was praying for it not to hop away in fear of being swallowed by an innocent phone camera.
My prayers got answered. It didn’t move at all. Maybe it was attracted to the surrounding like I was (either that, or it didn’t even bother at all).
Swiftly, I captured some close-up shots of that insect before it realised my presence.
I slackened off there for close to an hour taking photos of the astonishing surrounding.
It’s time to head off and try to leave the area before I die of hunger inside the woods.
I tried my best to manoeuvre out to the exit at MacRitchie Reservoir Park some 2km away, while appreciating the nature along the way. 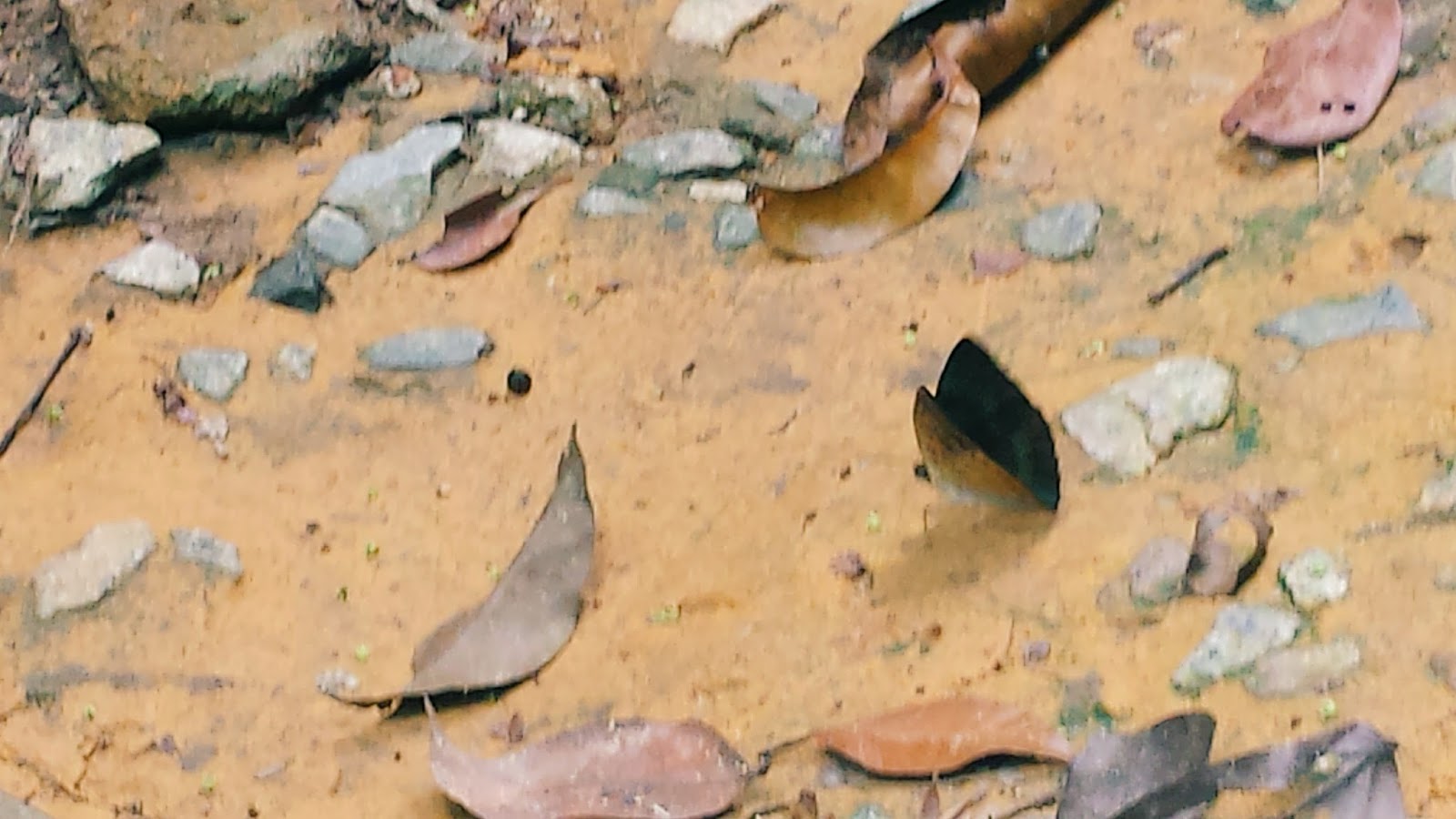 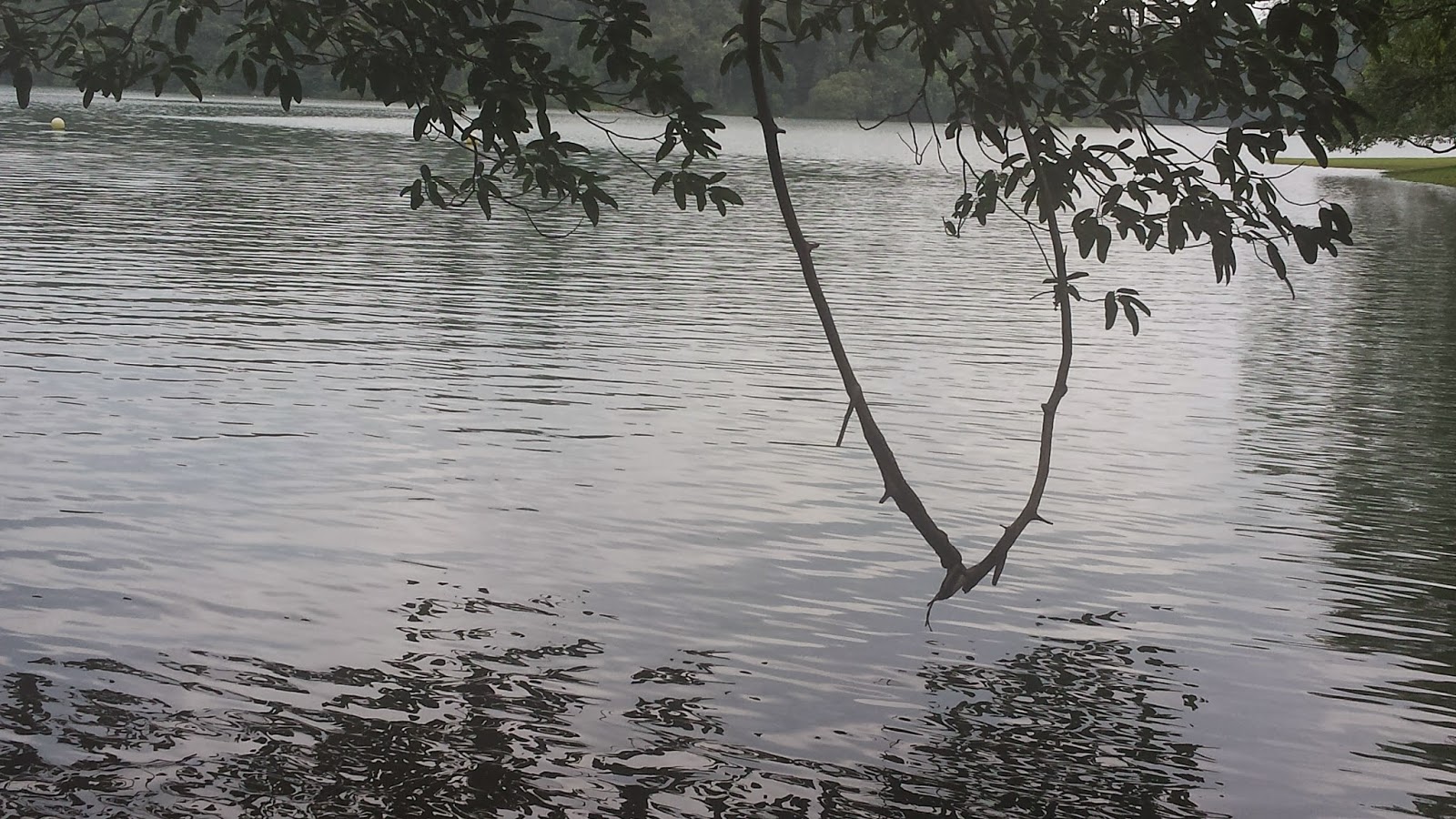 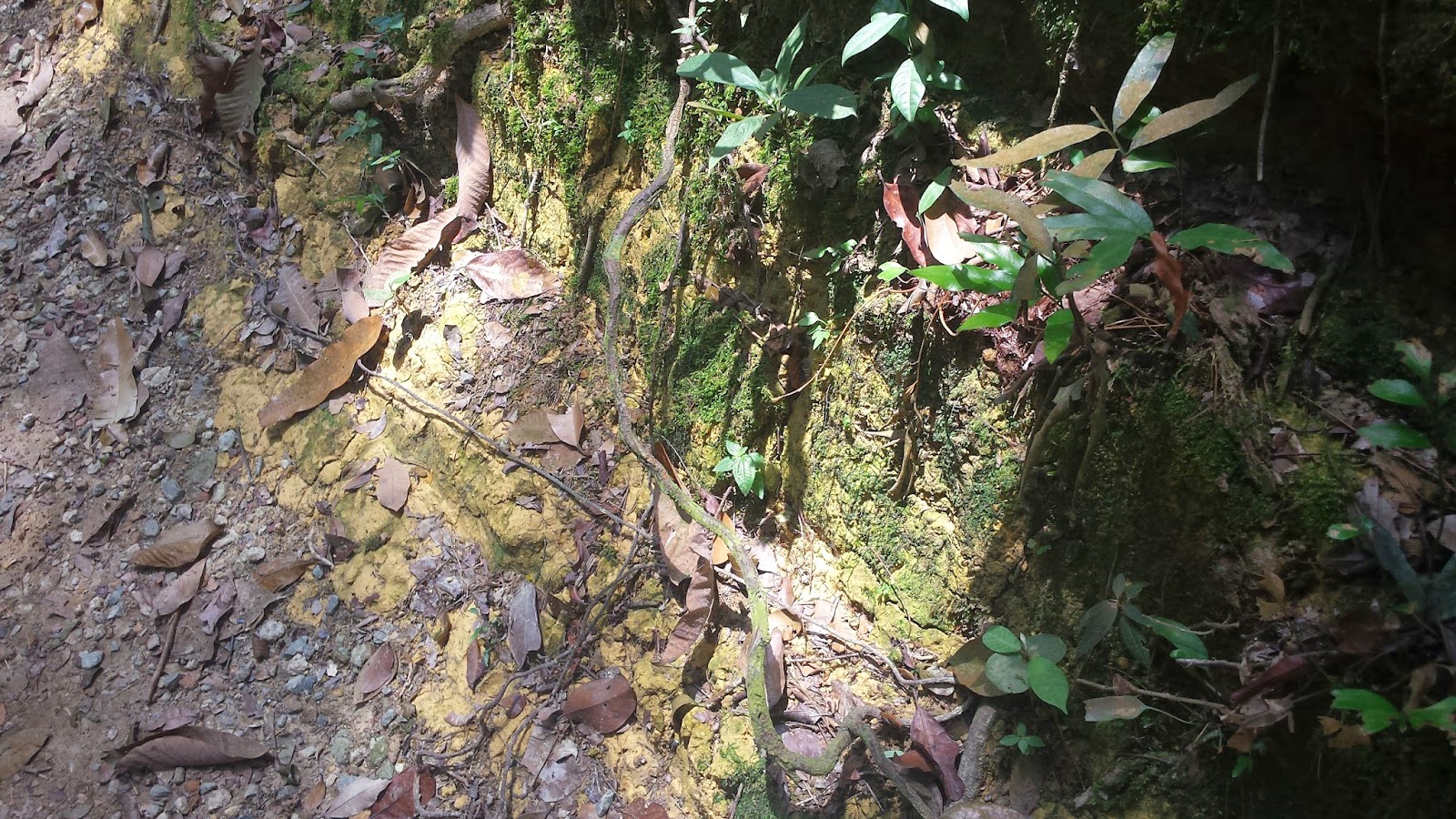 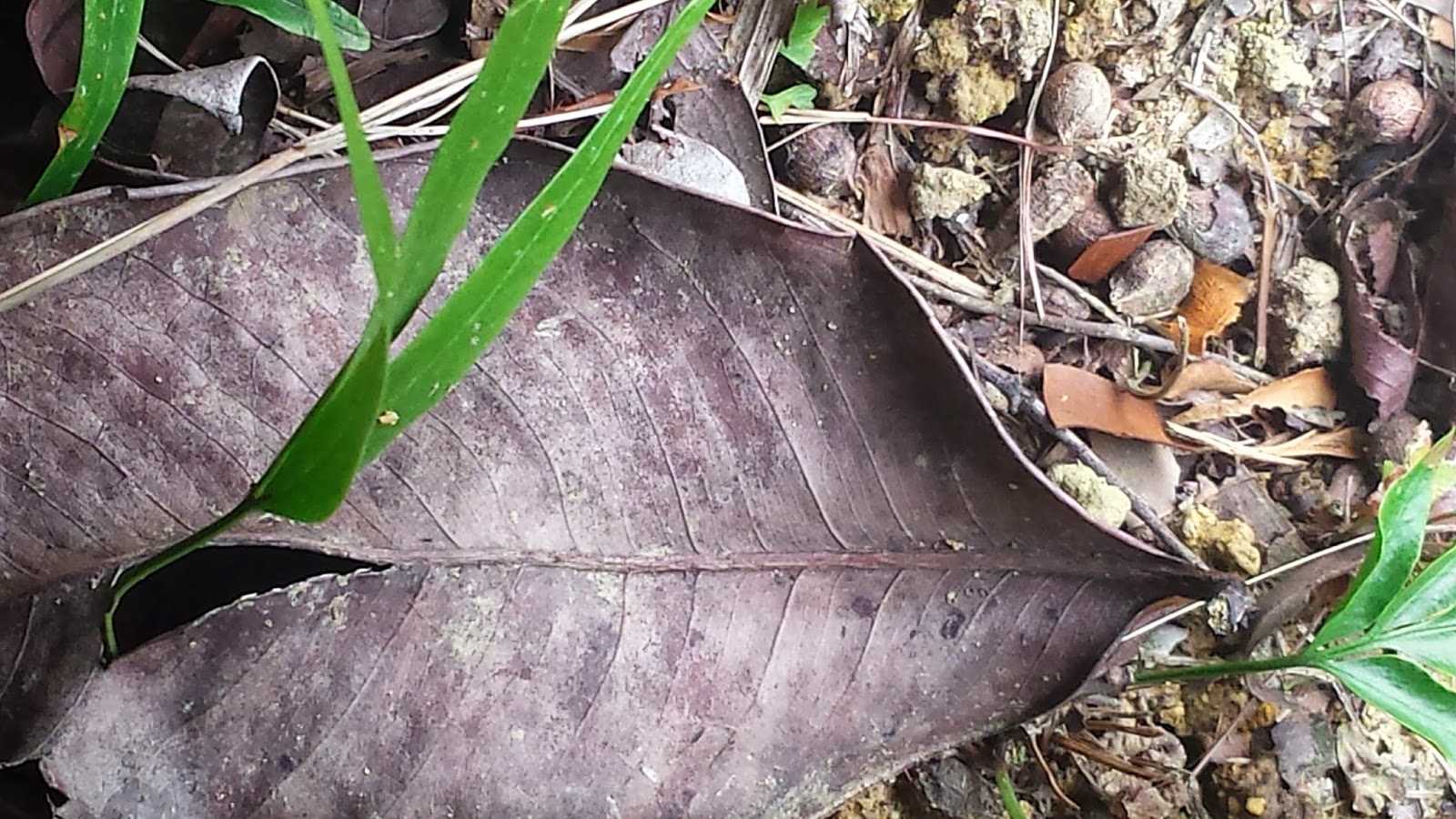 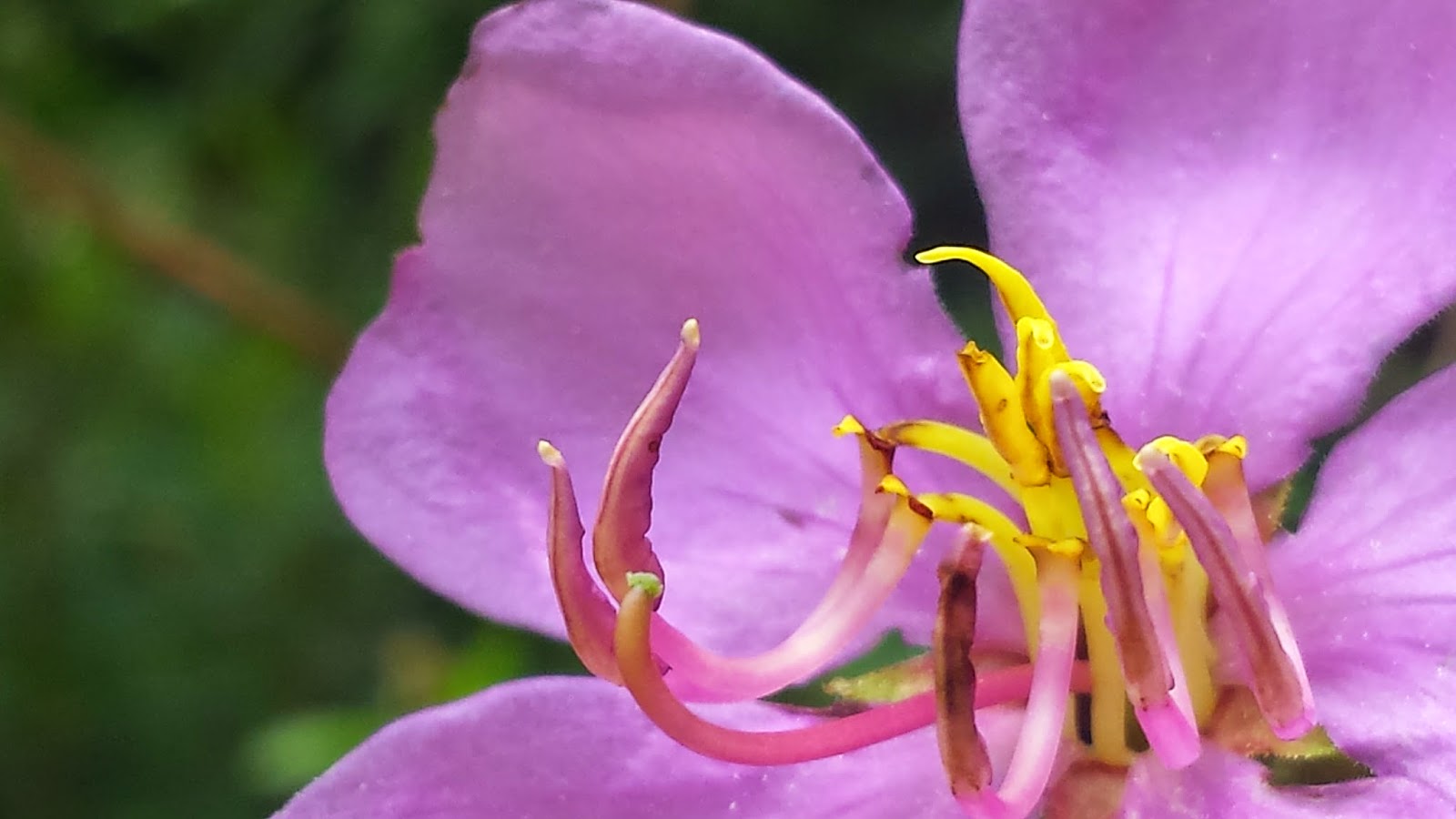 And then, a bunch of buggers decided to jump off from a tree beside me, as if attempting a group suicide, giving me a rude shock. 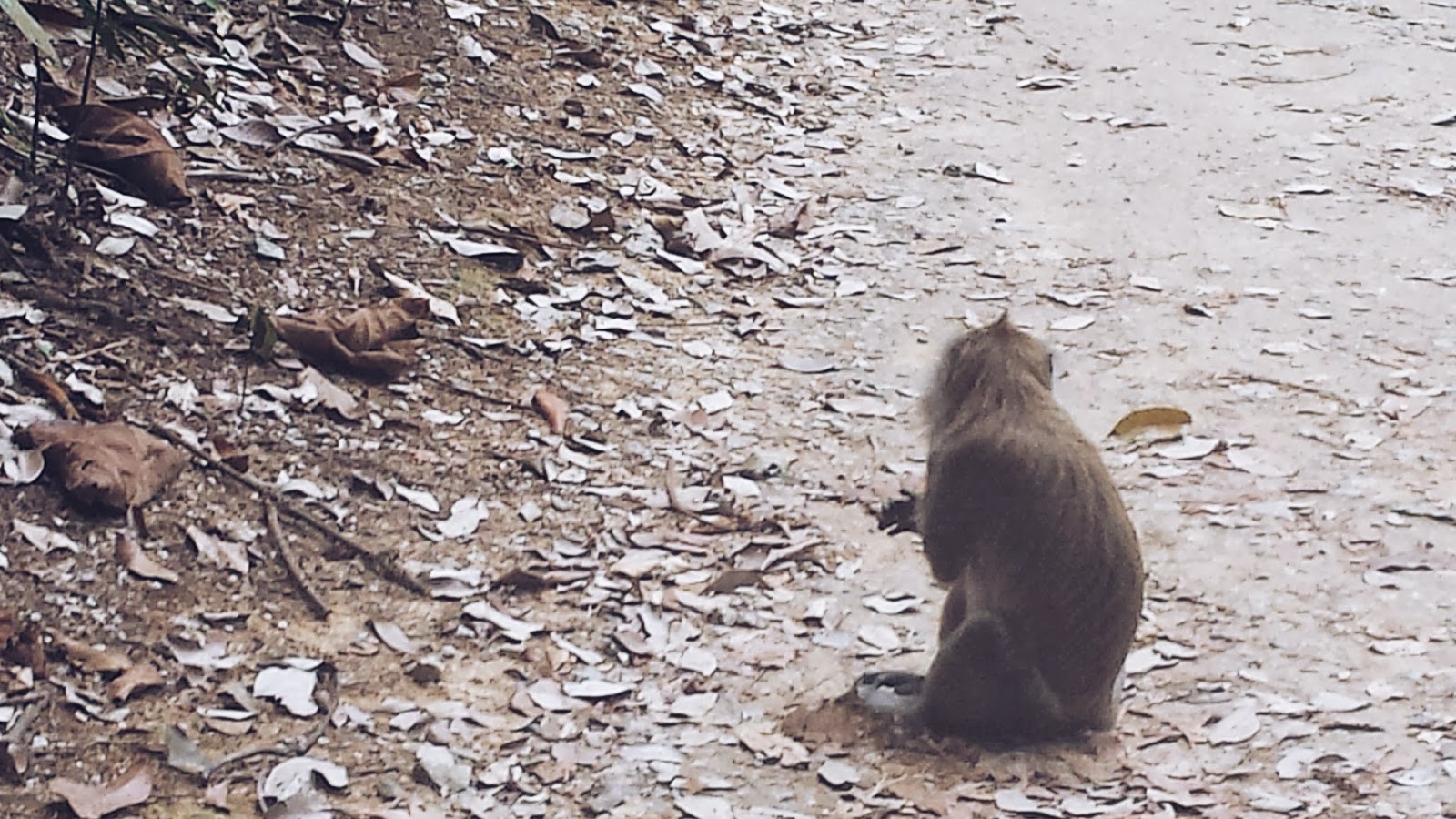 I thought a coconut or durian fell from right above.
But, no, monkeys.
A bunch of monkeys probably trying to head out to find food.
I tried to take a photo of them but I was afraid that they might mistake my phone as food. I mean, the last thing I wanted was to walk out of the trail without my most precious phone.
So… I decided to take photo from a distance away, making use of the zoom function and praying my hands not to shiver.
I ended up in a staring contest with some of human’s nearest cousins.
I was lucky they weren’t aggressive at all.
Maybe they aren’t that hungry.
I walked off before they come chasing after me like a bunch of wild dogs.
Well, they are still
WILD.
I continued my journey before ending up at MacRitchie Reservoir Park. 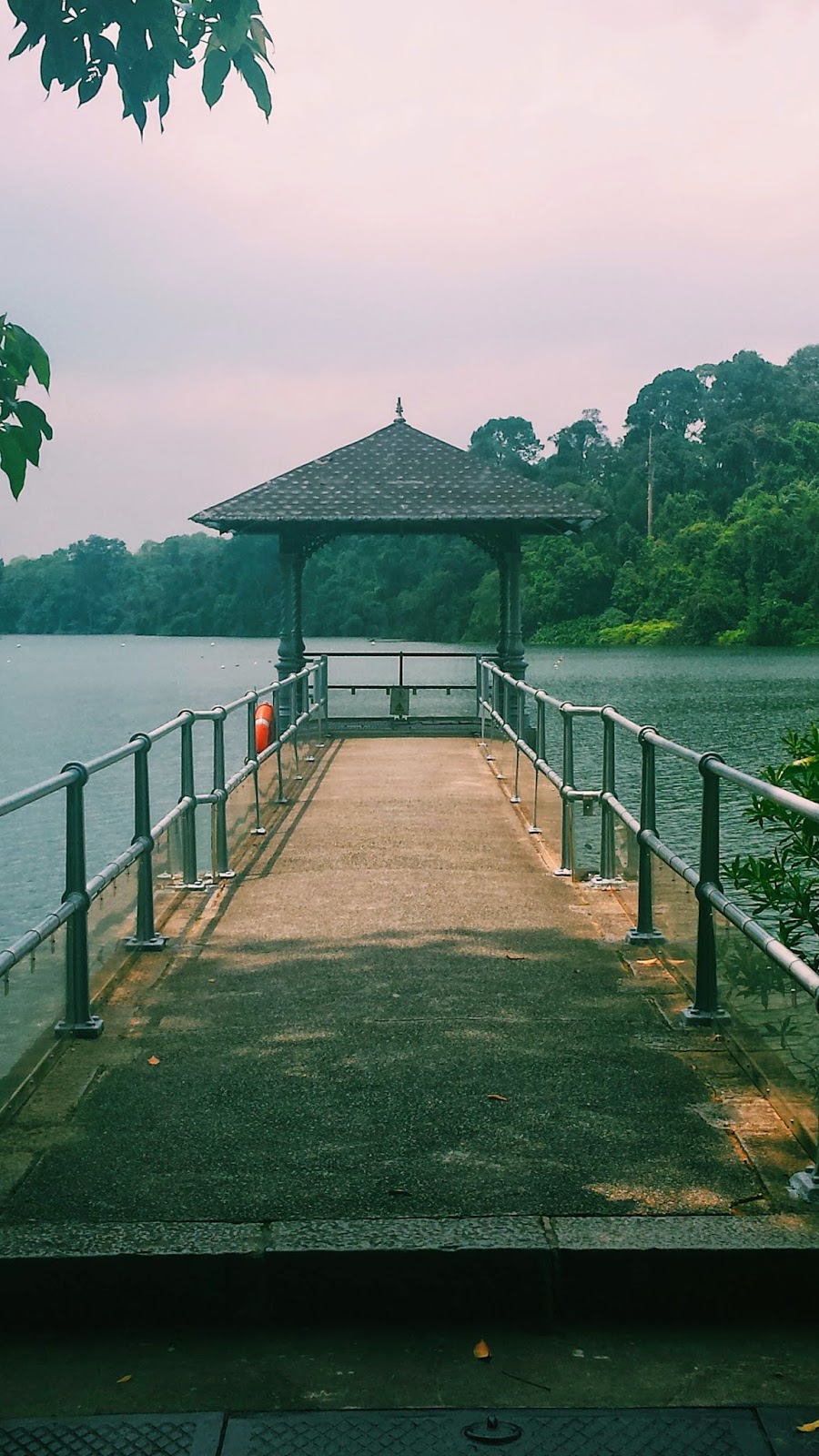 And I took one last photo before my battery drops below 5%.
PS: I almost got lost trying to find the bus stop outside the Park. Oops.