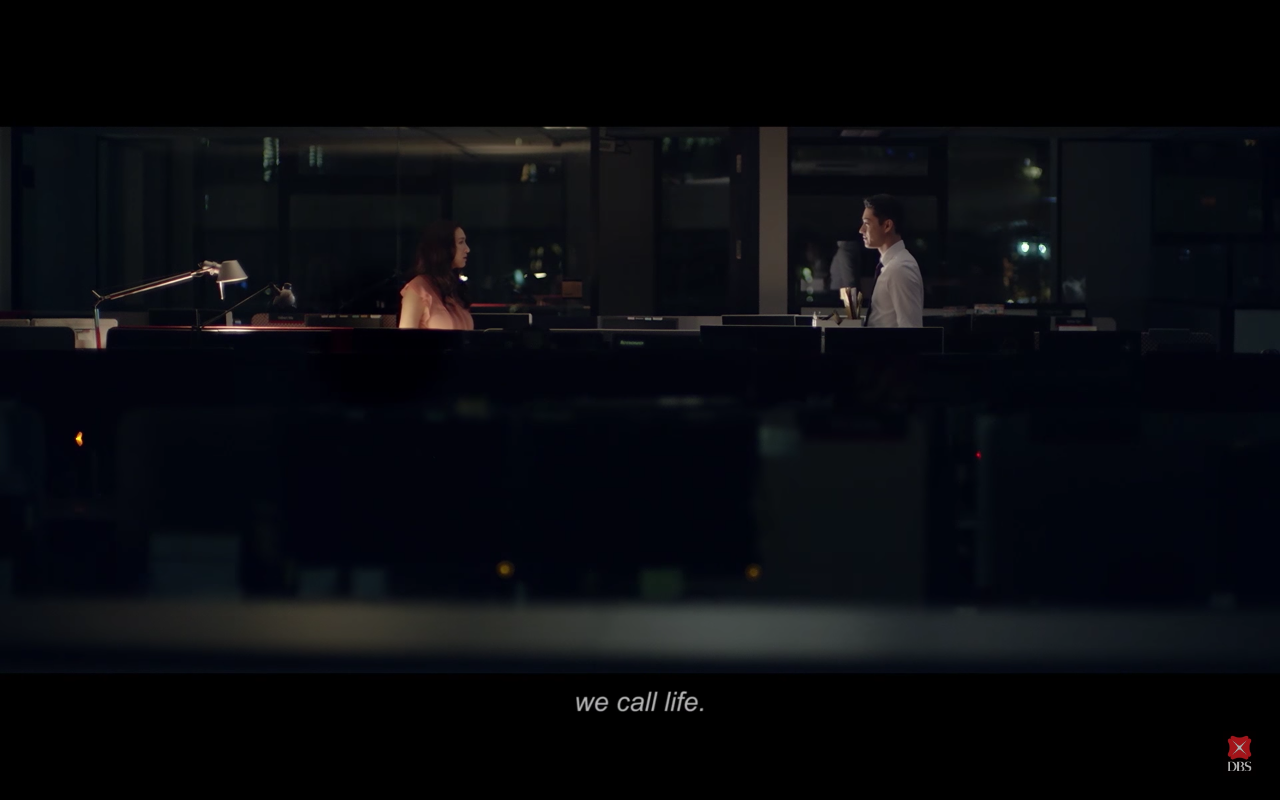 (Image: Screenshot from Sparks Mini-Series)
While waiting for your next job (aka army – yes I am going to enlist soon) means that you have a lot of time on hand. Okay, not really but no doubt that I am more in control of my time as compared to previously (although my schedule is still packed af). Apart from my eat, sleep, shit, exercise, and read routine, I took some time to watch videos – like films and dramas.
And from that screenshot above, you know what kind of film genre I am into.
ROMANCE.

(Image: Lovethispic)
However, this drama (or mini-series) that I watched recently wasn’t a drama on romance. Well, at least it’s not the main point in the storyline. Romance fits into any genre perfectly, and romance definitely will catch the attention of people like me who hopelessly indulges in the world of fantasy.

(Image: DBS Hong Kong)
SPARKS is a mini-series by DBS. It is an industry-first mini-series that follows a group of young bankers as they navigate work and personal lives. 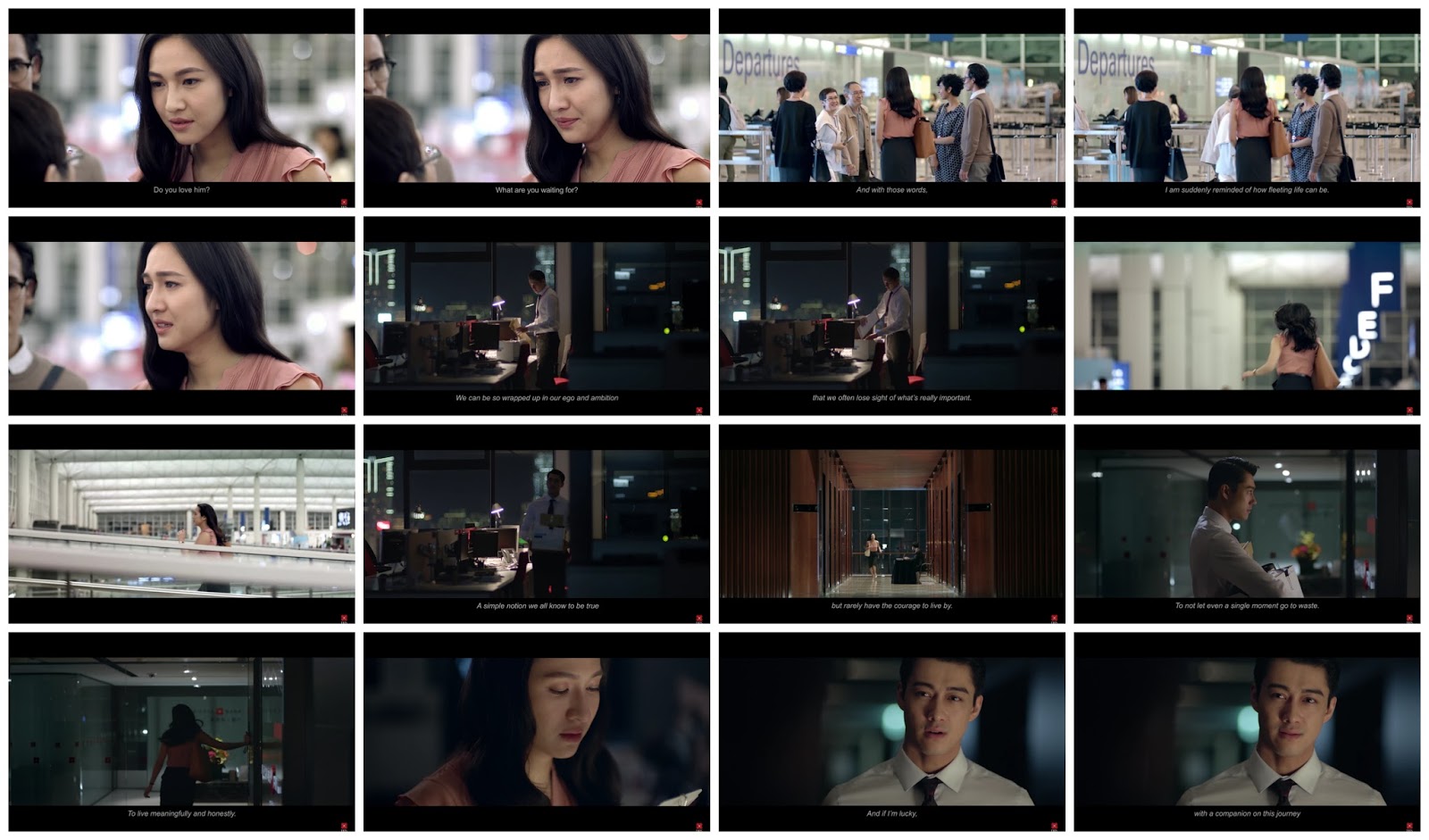 The personal life part for the female lead, Claire Lee (played by Jamie Ha), and the male lead, Jasper Wu (played by James Yang), is more drama than a Channel 8 Drama. Look at the screenshots above and you’d thought this was some English remake of a typical Taiwanese idol drama.
Since SPARKS is a mini-series, means that one won’t need to spend a lot of time watching the entire drama. And since the latest episode was being released just last month, I could actually spend no less than an hour binge-watching the entire series. Yup, there are 6 episodes and each has an average duration of around 8 minutes. 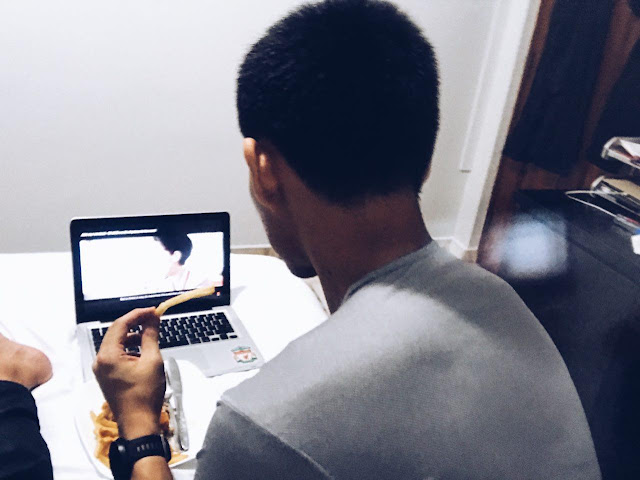 I’ll always have a habit of eating while watching my dramas and there’s no exception this time, even though the running time may be less than an hour. But hey, many drama-watchers will surely agree with me that eating/snacking while catching up on your shows just enhance the entire experience – it activates all your senses. 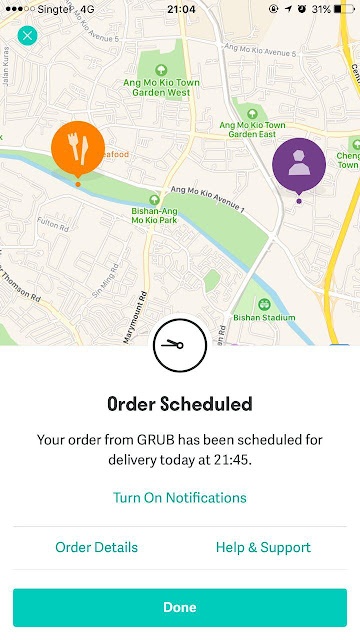 Always wanted to try the GRUB restaurant near my house and I remember how enticing it was whenever I ran past that place during my runs. So might as well call for delivery since Deliveroo can help to deliver. I asked for the delivery before I reached home so that I do not need to wait too long for the food to arrive before I can start on the show. 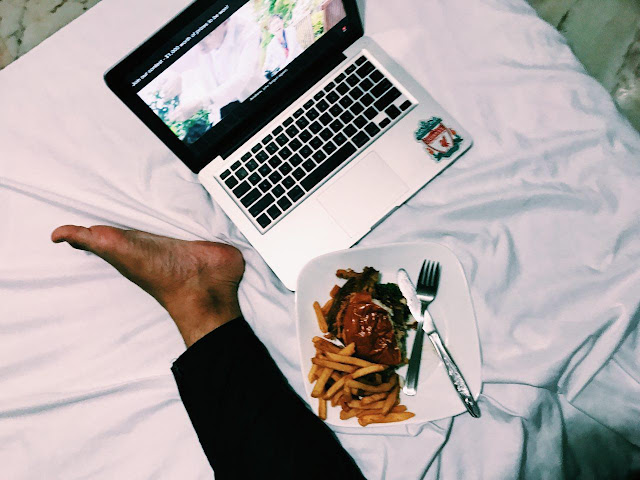 Shouldn’t be eating in bed but well, at least I made sure that my bed sheet does not get stained. 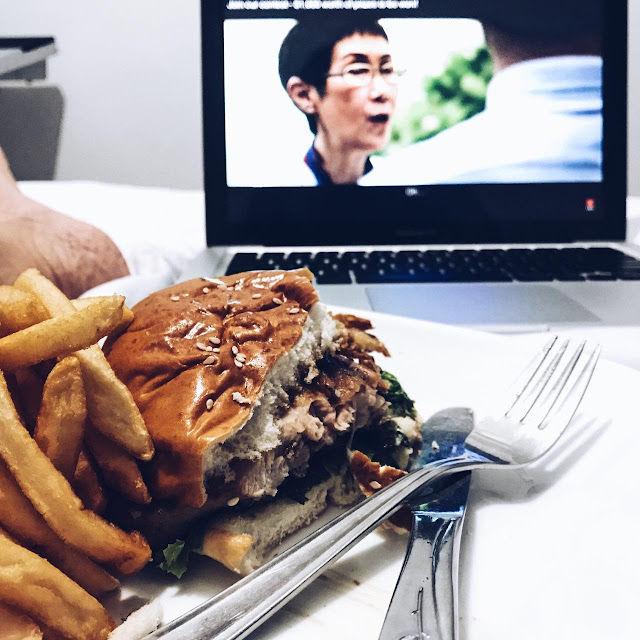 Perfect (late) dinner with a nice drama. While others “Netflix and Chill”, it was “Sparks and Chill” for me. 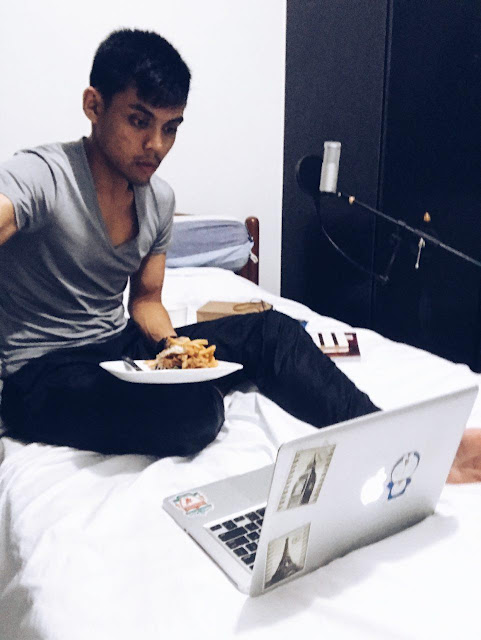 For every drama I’ve watched, I always look out for things that I could learn from it and there is no exception this time round as well.

Through this mini-series, DBS hopes to convey the true meaning of banking, and to challenge the perception that banking is only about transactions. This reflects the bank’s commitment to understand what matters in life, and integrate banking seamlessly with everyday living. 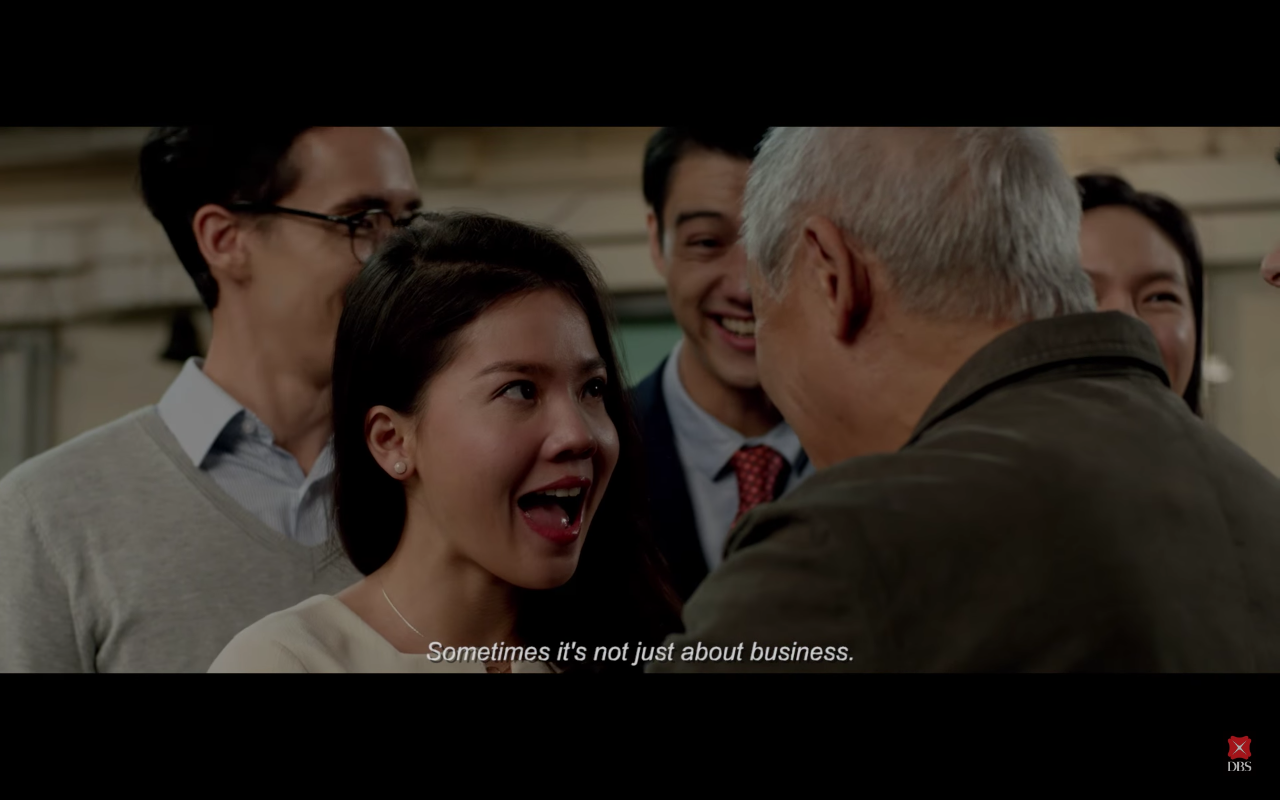 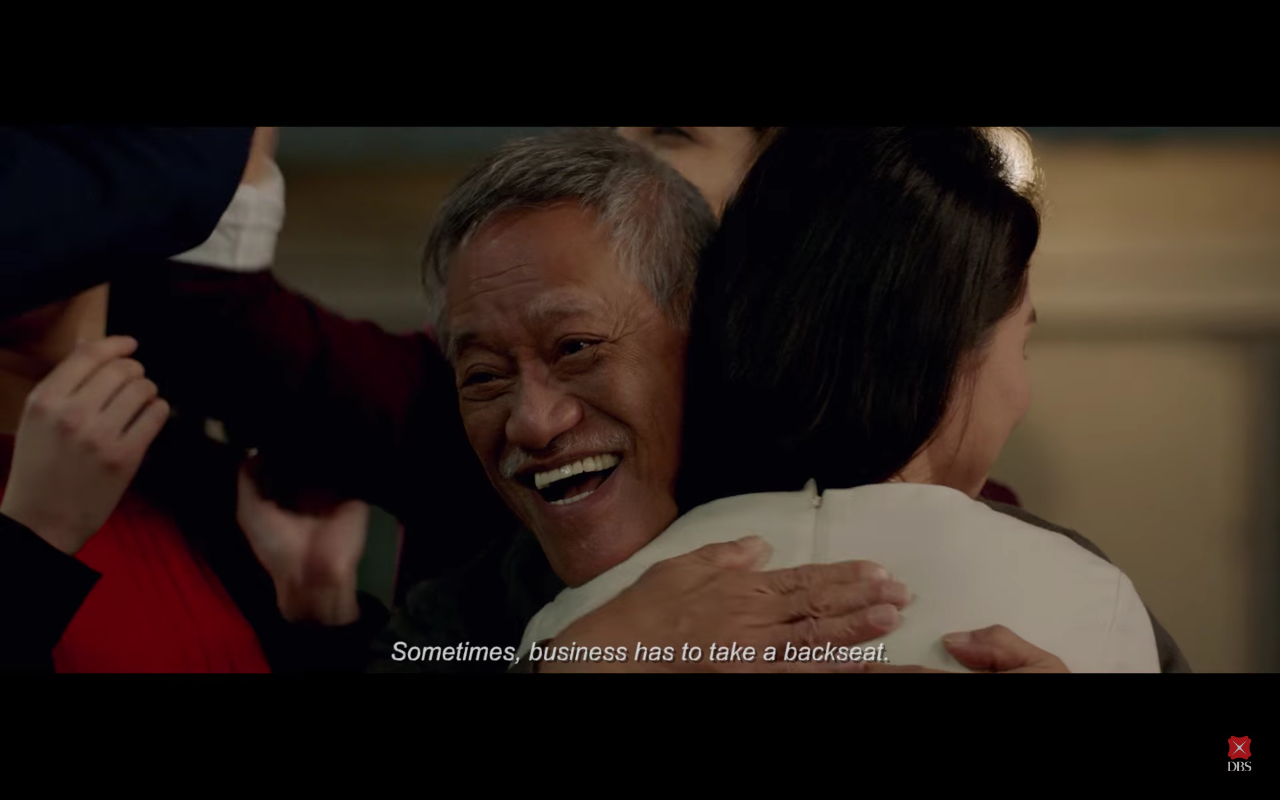 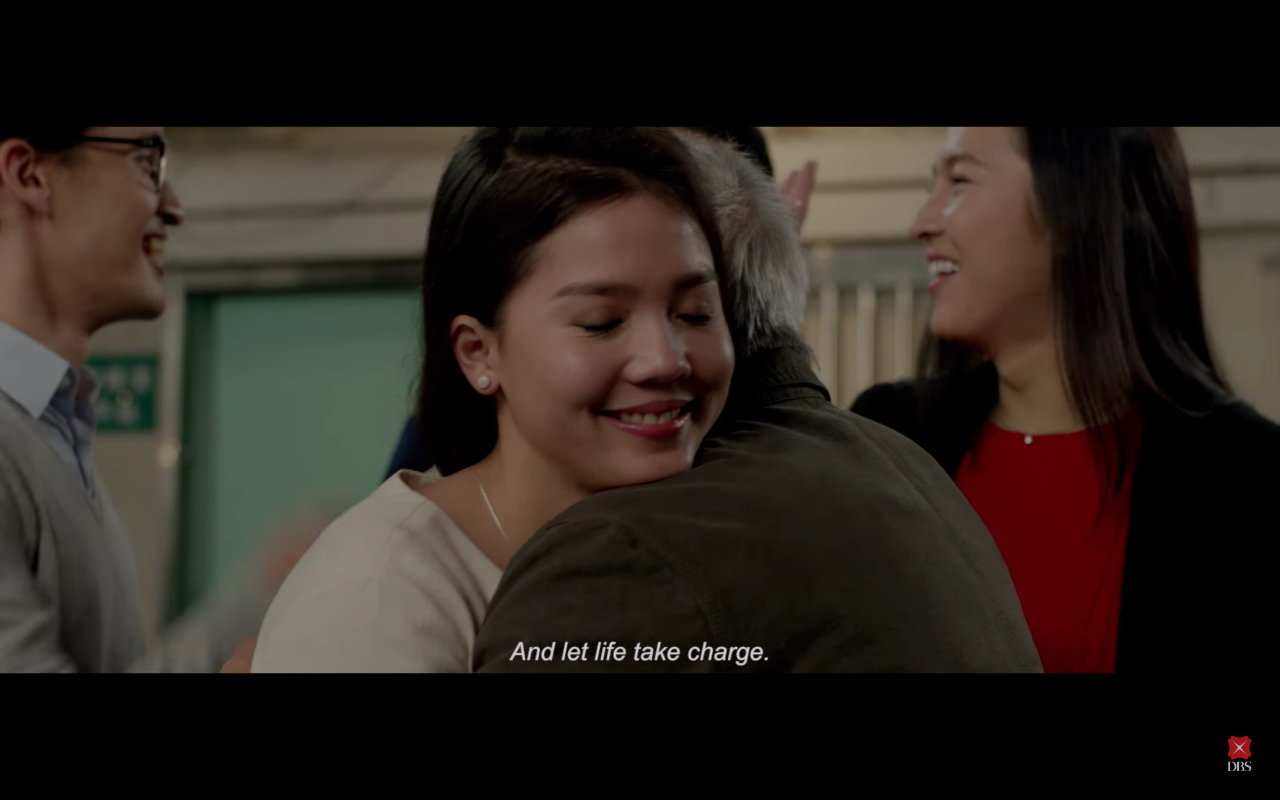 This is my favourite quote from the entire series. I like every aspect of doing business, and who doesn’t like to earn more money? But then again, there is something much more important and irreplaceable than money and that is humanity and life. While doing business, there are times we have to be tough, but there are also times when we have to “let life take charge”.

Business and banks alike, I think it’s important to put profits aside in some circumstances, go forward and do your best to help your customers and clients. You’ll never know when these acts of humanity will result into something much better. (You will understand what I am talking about when you watch the series.) From what I know, DBS believes in going the extra mile for customers so that they can achieve their dreams and get more out of life. To make things happen, while leaving them with time and space to do what matters the most. To me, that’s really very good gesture .

Here is the synopsis for each episode:
Ep 1 – Once Upon A Time
In this pilot, Claire Lee, a relationship manager, is introduced to cocky, Oxford-educated Jasper Wu, her new colleague. Sparks fly when they meet. A reluctant Claire is asked to show Jasper around, and then to visit a potential client together.
Ep 2 – Saving Sunlight
A potential client, Lindsay, is in a predicament. Claire and Jasper get to know each other a litter better, and evaluate Lindsay’s plan with the rest of the team. Will they manage to successfully solve Lindsay’s issue?
Ep 3 – Fighting Giants
The team manages to help Lindsay secure her loan, but an unforeseen development throws them off and tests them further. The young bankers hatch a plan to solve the new issue, but with big player in the way, will they be able to win over their community?
Ep 4 – Never Too Late
A new boss and an old acquaintance set Team DBS on a new mission. When an unexpected situation tests their mettle, they must dig deep and find their worth.
Ep 5 – In Pursuit of the Cure
An impossible decision threatens to tear the bankers apart. And in their quest for the ultimate solution, they found something more valuable than they ever imagined.
Ep 6 – New Beginnings
The bankers embark on an incredible journey. Together, they challenge traditions and work to change the future of an entire village. Will they prevail?


Since launching in February 2016, SPARKS Episodes 1-5 and their trailers have altogether garnered more than 42 million views and over 1.7 million digital engagements across the region. 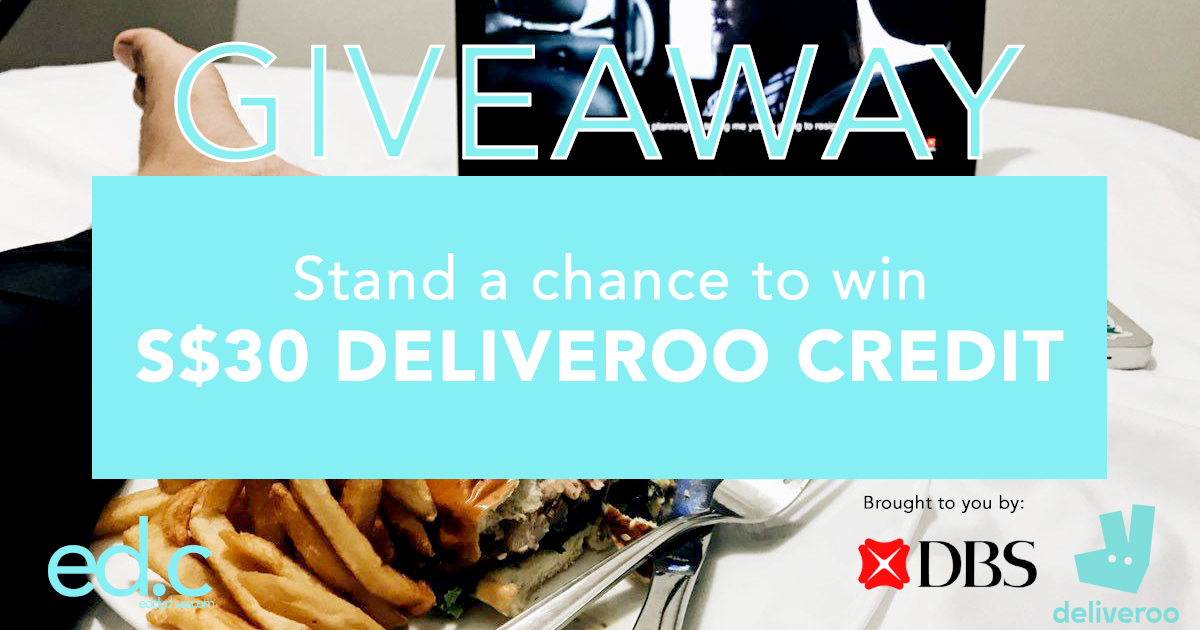 For the first time, we are going to have a GIVEAWAY! I know you guys also want to order Deliveroo and as my followers, you’ll get to double your winnings! We are going to give away 2 x S$30 Deliveroo credit that will be credited into your Deliveroo account so that you can also dine from the comfort of your home!

3. Watch Sparks mini-series all at one go and take a photo that shows us how you enjoy SPARKS with your favourite binge-watching snack.

What are Adrian Pang and Nathan Hartono up to these days? We hear they are busy binge-watching the DBS SPARKS…
Posted by DBS Bank. Living, Breathing Asia on Thursday, 13 April 2017

Now get going! Contest ends 30 April, 2017 (Sunday) at 2359! The lucky winner will be announced the next day! Really, you won’t regret watching the mini-series.