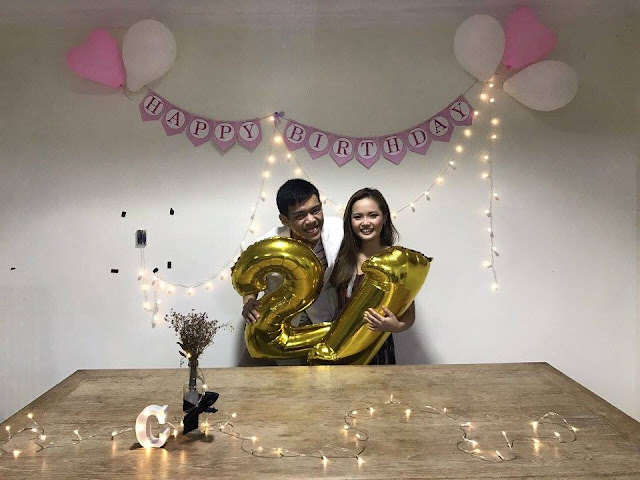 For those who were born in 1996, like myself, this will be the year when we officially attained adulthood.

And some of us decided to celebrate this ‘milestone’ by organising a party. And on Charmaine’s 21st, I get to attend my first 21st birthday party for this year.

On 12th March, Charmz reached the milestone ahead of most of us.

On 11th March, we joined her family and her other friends to give her our blessing on the coming of age. It was a joyous occasion, as all of us gathering at her house that evening.

I reached the venue together with two couples: Peishan and Jinming, and Yap Qi and Kishan. It could have been worse for me if the third pair – Clarice and Ding Yuan – had not decided to head to the venue themselves alone. I was on the bus, serving the role of a navigator – because none of us were confident on the directions to Charmz’s house.

By the time we reached, Clar and Ding Yuan had already reached (they said they will be late) while Wanlin and Michelle were there way earlier before all of us.

The two girls became, respectively, the make-up artiste and the make-up intern for that evening. Wanlin was helping the girls out with the make-ups.

We must have felt honoured to be the group of friends who were entitled to ransack occupy her room while her other group of friends and relatives occupied the other rooms and the living room. We even locked her out of her own room because we were doing the final touches to the ‘explosive box’ that we’ve made for her.

The entire house was bustled with people, and the birthday girl had to go around entertaining everyone. When we were ready with our surprises, Mish went out to ‘trick’ her into the room, while we waited patiently inside with the lights off. We held e-candles that we downloaded from the app store in replace of the birthday candles.

Talking about the kind of efforts we put in. HAHAHA

She came in and got really shocked by the scene right in front of her as “Happy Birthday” echoed around the room.

The little one was so amazed by the content inside the ‘explosive box’.

We had a second round of “Happy Birthday” singing when everyone assembled in the living room for the grandest moment of the evening – the cake cutting ceremony. 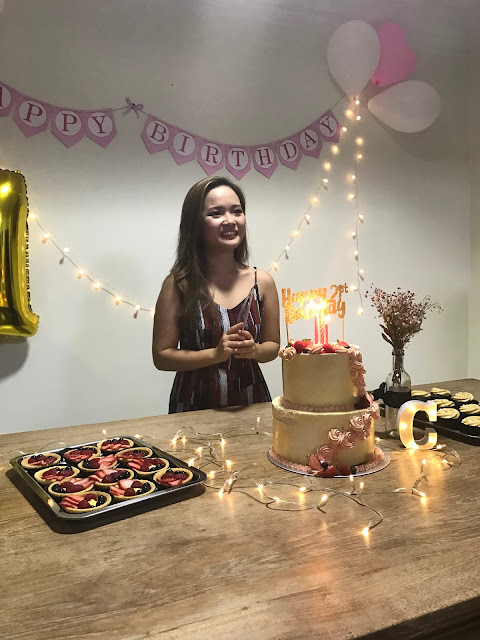 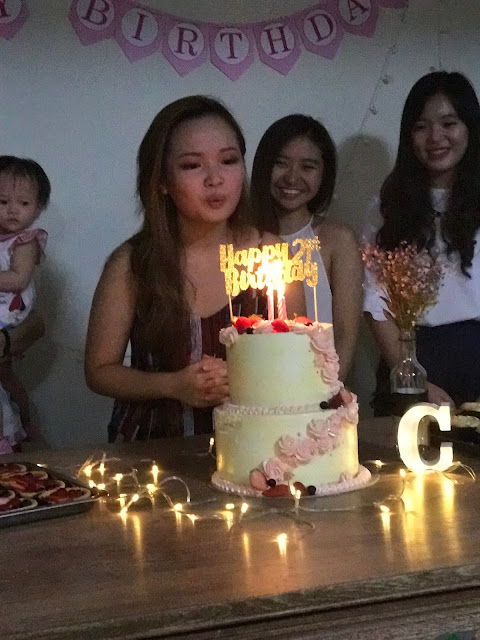 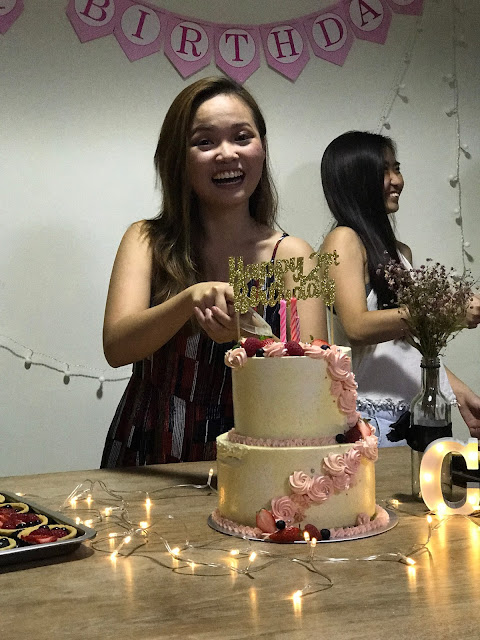 Our girl has grown up. *Insert tear dropping emoji*

Okay, not really because she was standing on an elevated platform. Oops. HAHAHA

She was asked to make a speech.


And then, we managed to capture a very meme-worthy moment. 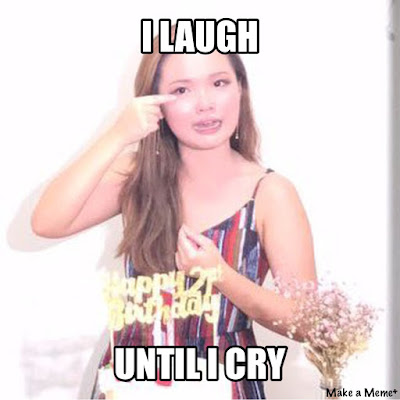 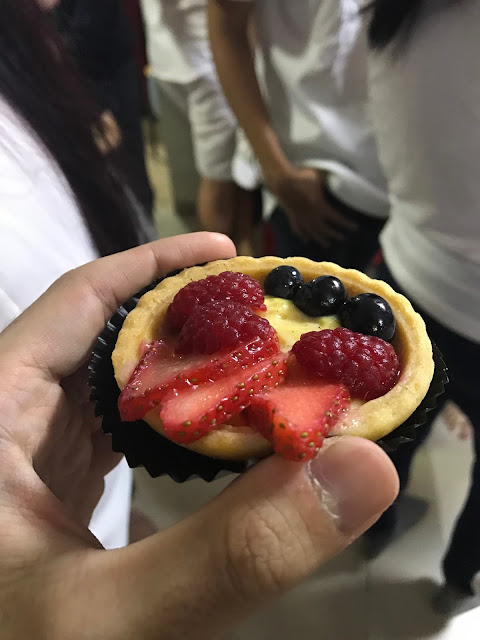 I swear the birthday tarts that her friend(s) made were damn nice! 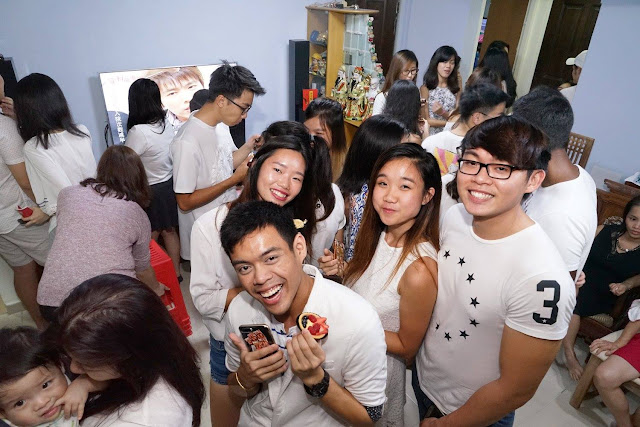 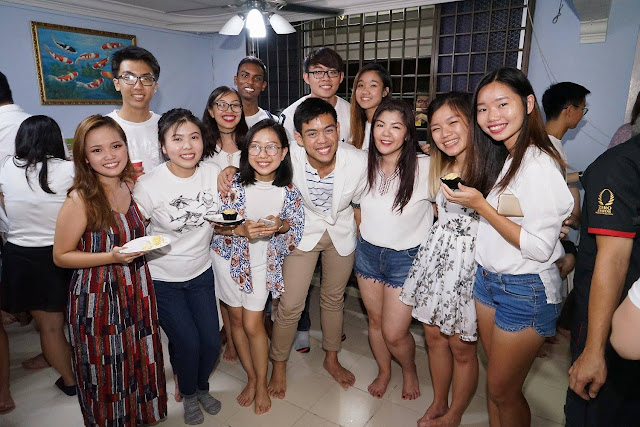 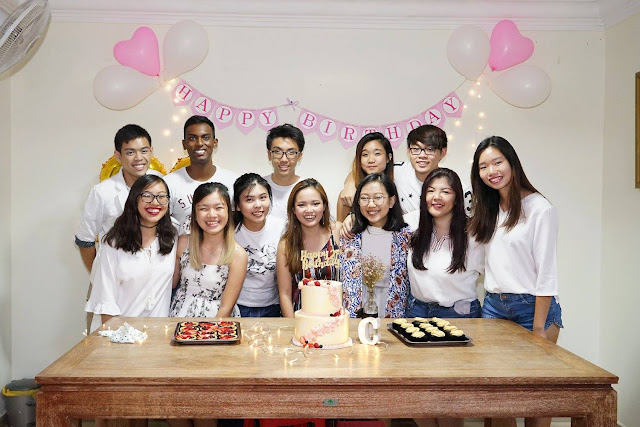 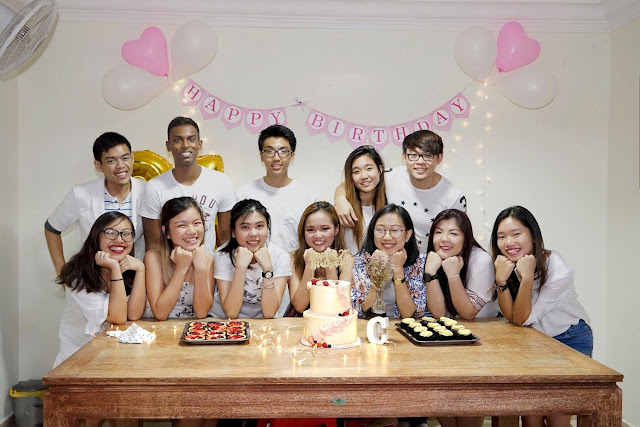 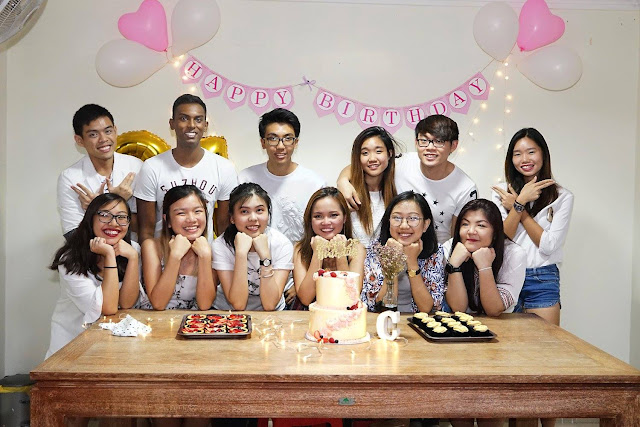 Our group is getting larger and larger year by year. Awww

Because there are three couples right now. 🙂 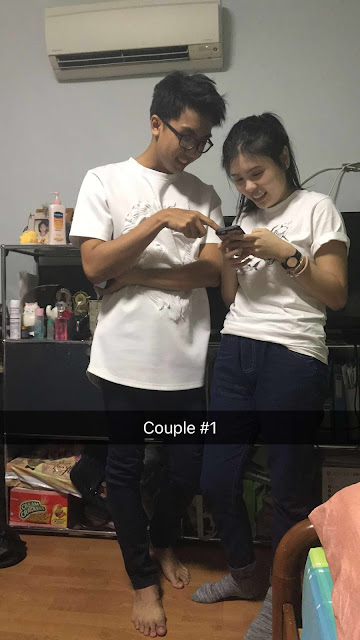 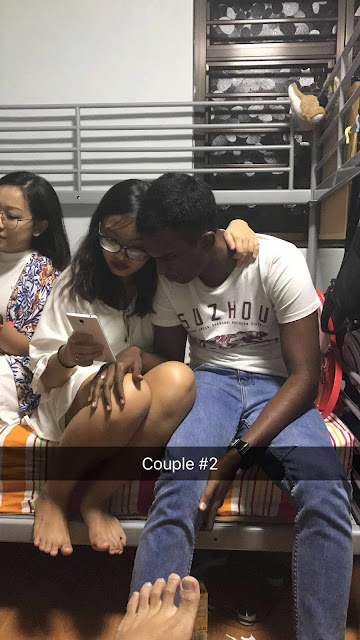 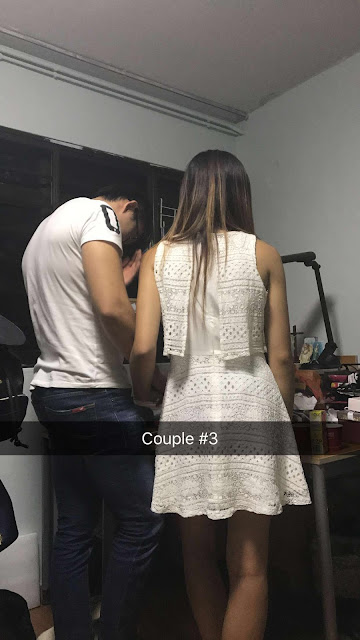 I could smell love at every corner. 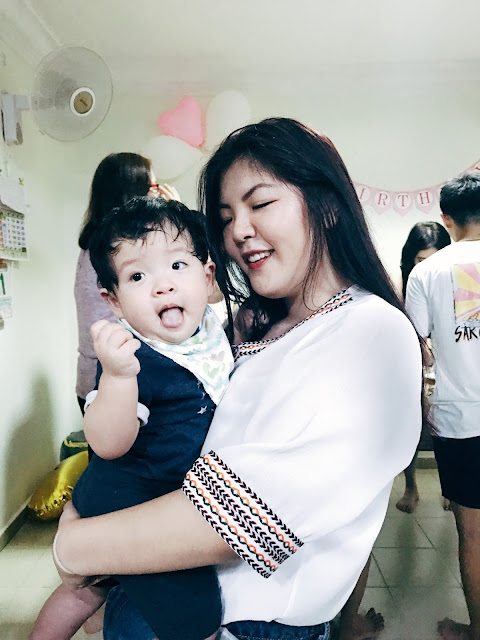 While we were lingering around enjoying the birthday tarts/cakes, Nic proved to us that she is indeed a ‘baby whisperer’. 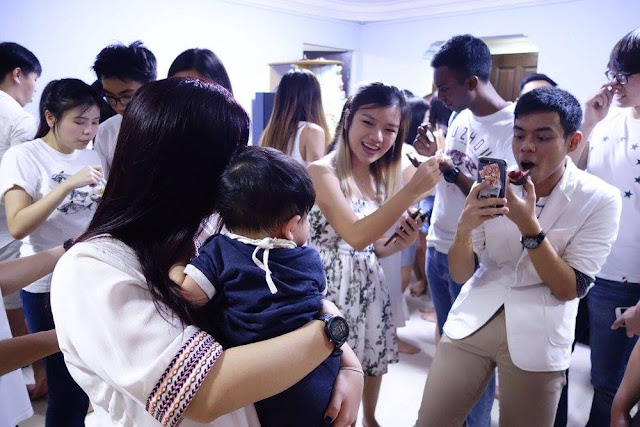 Featuring the behind the scene of that previous photo. HAHAHA

HAPPY BIRTHDAY, ONCE AGAIN, CHARMZ! (Although this post is two weeks late omg)