I am going to just post all my birthday celebrations in a series, with different posts dedicating to the different groups of friends who specially came and celebrate my birthday with me!
23 October, one of the days in the year that I’ll always look forward. Although I keep saying that it is just a birthday and there’s no much difference compared to other normal days…
But, as the day is near, I realised I kind of treasure this day a lot. Maybe, especially this year. Not sure why, maybe it’s because I had received quite a number of surprises last year and I kind of looking forward to more surprises this year. HAHAHA Receiving surprises on/near your birthday is really really pleasant and looking forward to one is like one of the best feelings in this world. I mean, anticipating someone somehow someday will appear with a card or anything in front of you and wish you on the occasion feels so blessed and fortunate. And it’s especially memorable if they are people whom you love.
This year, it will be the 18th year I ‘landed on’ this planet. It is a landmark. I always think that 18th, 21st, 40th, 50th and 60th birthday are a landmark. Well…
18 Y.O.: You are regarded as partially legal, at least you are of driving and drinking age. But at the same time, you become liable to the law (Not saying those under 18 year-olds can get away with crime but they are punished less severely. I mean hey, if someone were to throw a packet of 500g cannabis into my bag right now and I was caught somehow by the police, I will be in the queue to meet Hades for some tea session. I am sure I don’t want to wrap my neck around with a noose).
21 Y.O.: Legal voting age. That means if the General Election were to held at the end of 2017 (which is constitutionally impossible), I would be able to cast my vote. At the same time, I could also make it in time to run as an independent candidate in the election. But too bad, I would probably have to wait till at least 2021, the following GE.
40 Y.O.: It’s an indication that you are going into middle age. There’s this saying which goes:

Which, to many local comedians, especially Kumar, it’s one nonsensical saying. It’s more like ‘At forty, life starts… to end’, which is practically proven by scientist back in 2000. I am not sure how it actually feels like in mid-life crisis. I heard it’s not really pleasant. I am not so sure, I am still young right now and I just want to stay young. HAHAHA.

50 Y.O.: Half a century being alive. Taking a random road trip down the places you used to go when you are young. I bet you can hardly recognised most of the new places. 50 Years Old. It’s an entrance to more mid-life crisis. Maybe not, it is an entrance towards old age. It’s probably the last few years to do get fully prepared for old age.

60 Y.O.: It’s a step closer towards CPF withdrawal age. Yes, we have to wait till THAT old to be able to take out the money we spend more than half of our life earning out. 65 Years Old, to be exact. Why didn’t I choose 65Y.O. as a landmark because we Chinese takes 60 years old as a very important age to reach. I am not sure why but because I see all those periodic dramas and every person who hit 60 tend to have a very grand birthday celebration…

Enough of all the long paragraphs. HAHA. I bet most of you are going to fall asleep or even wanting to click the ‘back’ button right now.

Now let’s go all the way back to my first birthday celebration of my 18th birthday. Speaking of ‘The Gift of Song’, I managed to persuade Chen Yu to enter our creation for this competition which ‘invites Singaporeans and Permanent Residents to write a song that will resonate with the nation’. With great confidence in Chen Yu’s composition skills and, er, my poetic touch (not sure I should really trust myself but well…), we are entering this competition looking forward in being the top 3 finalist. Hmm…

Coming back to the topic, Junwei arrived at my house at 4PM, ringing the doorbell which awoken me from my after-lunch sleep. Er, yea, not a nap, but in-fact my motive was just to sleep. I was really tired after work that day so all I want is just er… SLEEP.

SLEEP IS A BEAUTIFUL THING, ESP. WHEN YOU GET ONE IN THE AFTERNOON.

I know I sound like a pig trying to sleep right after my lunch but… I can’t reiterate that much that I was really tired. I walked out of my room like a zombie, a lazy one who didn’t even bother to take any human’s life.

I let Junwei in, he went into my study and I took the opposite direction — into my bedroom.

Poor Junwei had to emo in my study, engrossed in his thick booklet of H2 Economics paper while I snuggle into my pillow and bed sheet.

Of course, I felt guilty leaving my guest alone in a room he’s rather familiar with. I grab my Macbook from beneath my bed, and joined him in the study.

He sat at the table, I lied straight on that bloody cold yet comfortable marble tiles.

“The table is here for a reason.” He threw the few words at me.

He continued to immerse himself into the deep sea of Econs knowledge. I started typing away on my Macbook.

I was trying to do my final editing for the recordings and to fill up the online form… So I needed Chen Yu’s help in that and then, I whatsapp-ed him. 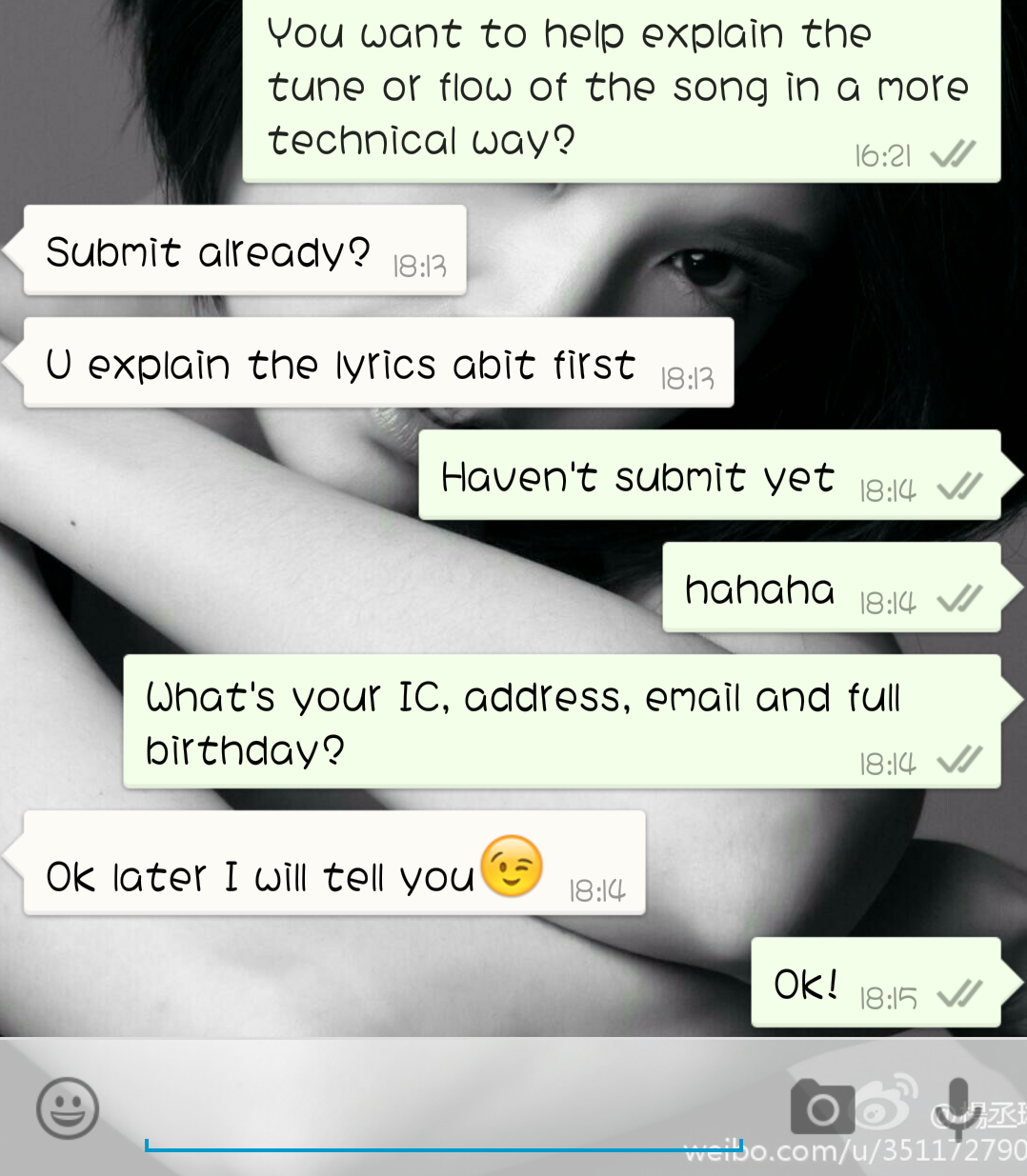 I feel that there’s something weird about the conversation. Especially the one with the wink emoji. HAHAHA!
To be honest, I still wasn’t suspicious of anything. Probably due to the reason that I was in serious fatigue.
But of course, I was anticipating them to come soon since the start of the weekend. Sorry peeps, I was really looking forward to you all coming to my house to surprise me. Oops 😀
Towards the evening, Junwei told me he’s going to the toilet and even asked me if he could use the toilet.
For the first time, he asked. Okay, that’s according to my ailing memory.
In just a few seconds after he returned from the toilet, my doorbell rang. I turned to look at him and gave him a smerk. I took quite a while to open the door because I am also very nervous uh. My legs were trembling, not sure it’s because of the stretching that I was doing earlier on or what.
I looked through the door hole but it was blocked, apparently on purpose. :’D
I knew it, so I took a glance at Junwei who was standing right behind me, and I decided to be an asshole and tried to ‘counter-surprise’ them. So, I opened the door and…
I shouted ‘HELLO!!!!’ almost a second ahead of them screaming ‘HAPPY BIRTHDAY!!!’.
It was epic yet fun. 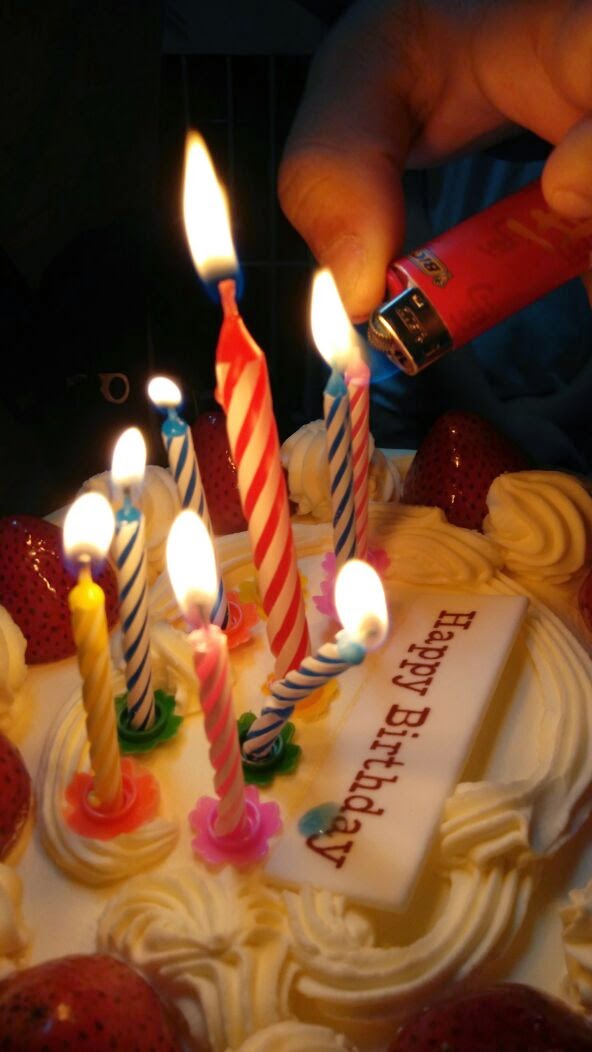 This is while they were trying to light up the candle. (Look at one of the candles bowing down to the word ‘birthday’. BOW DOWN YOU!) 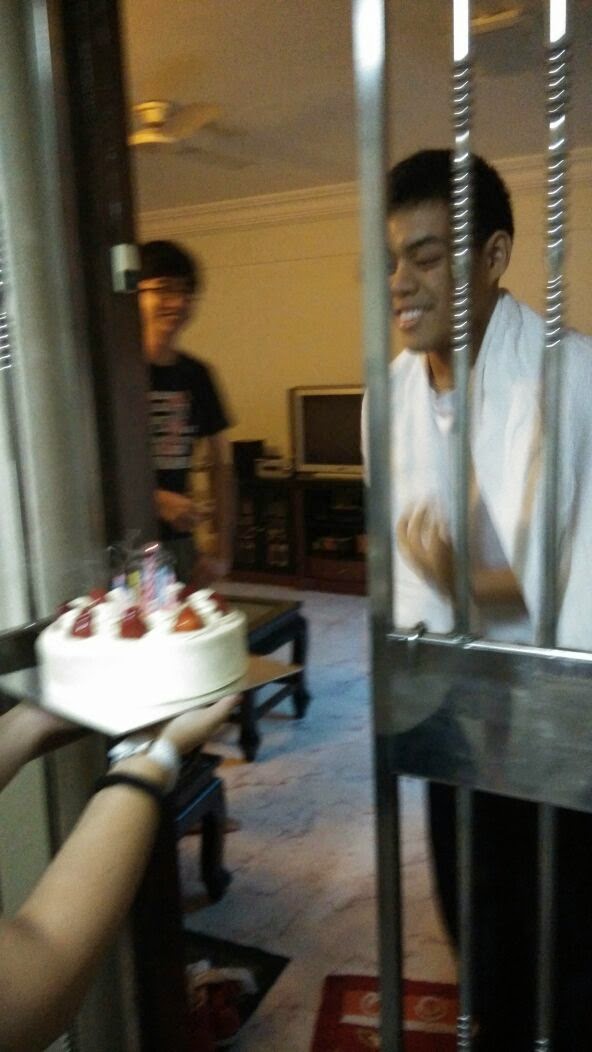 As I was being ‘surprised by them’. 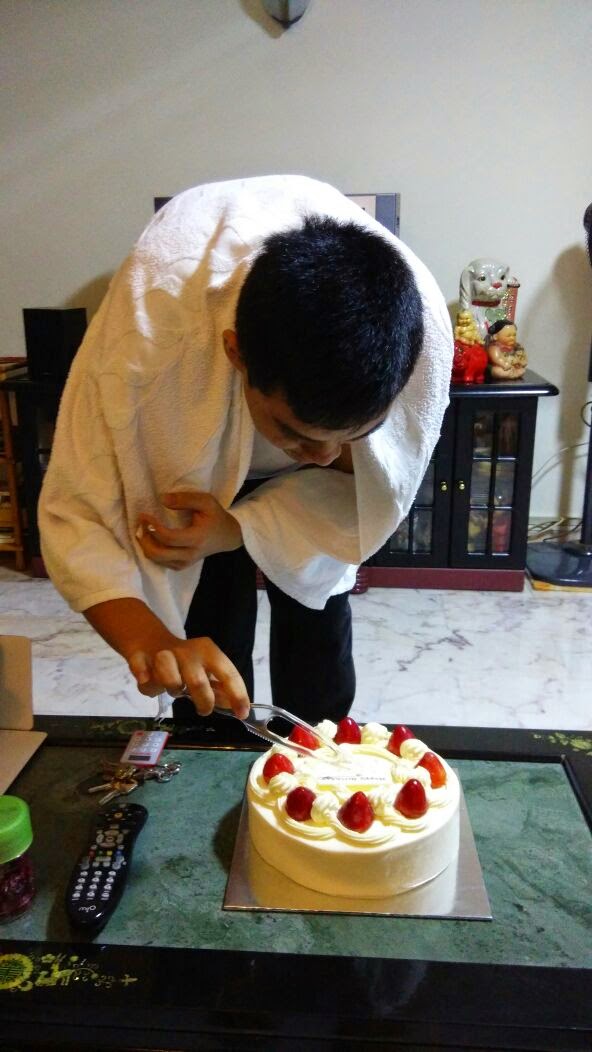 So it’s time for some cake cutting!
They bought me a STRAWBERRY SHORTCAKE.
Well, it kind of reminds me about this childhood show I used to watch, yeah, don’t judge.

(Image: Wikia)
The cake was nice, other than we had a little complain on the sourness of the fruit.
I was really touched by them for turning up in almost full force (It’s always Andrew and Kayven missing) to help me celebrate my birthday early! I just feel so blessed to clique with them since Sec 3. They will always be my top most favourite bunch of peeps (even though we may quarrel lah but you know we one day quarrel, next time see each other again forget everything).
We played some games which I think I used to play in some camps (not sure is orientation camps or what) before we head out for dinner together!
Oh ya, and before that, GROUP PHOTOS!!!! 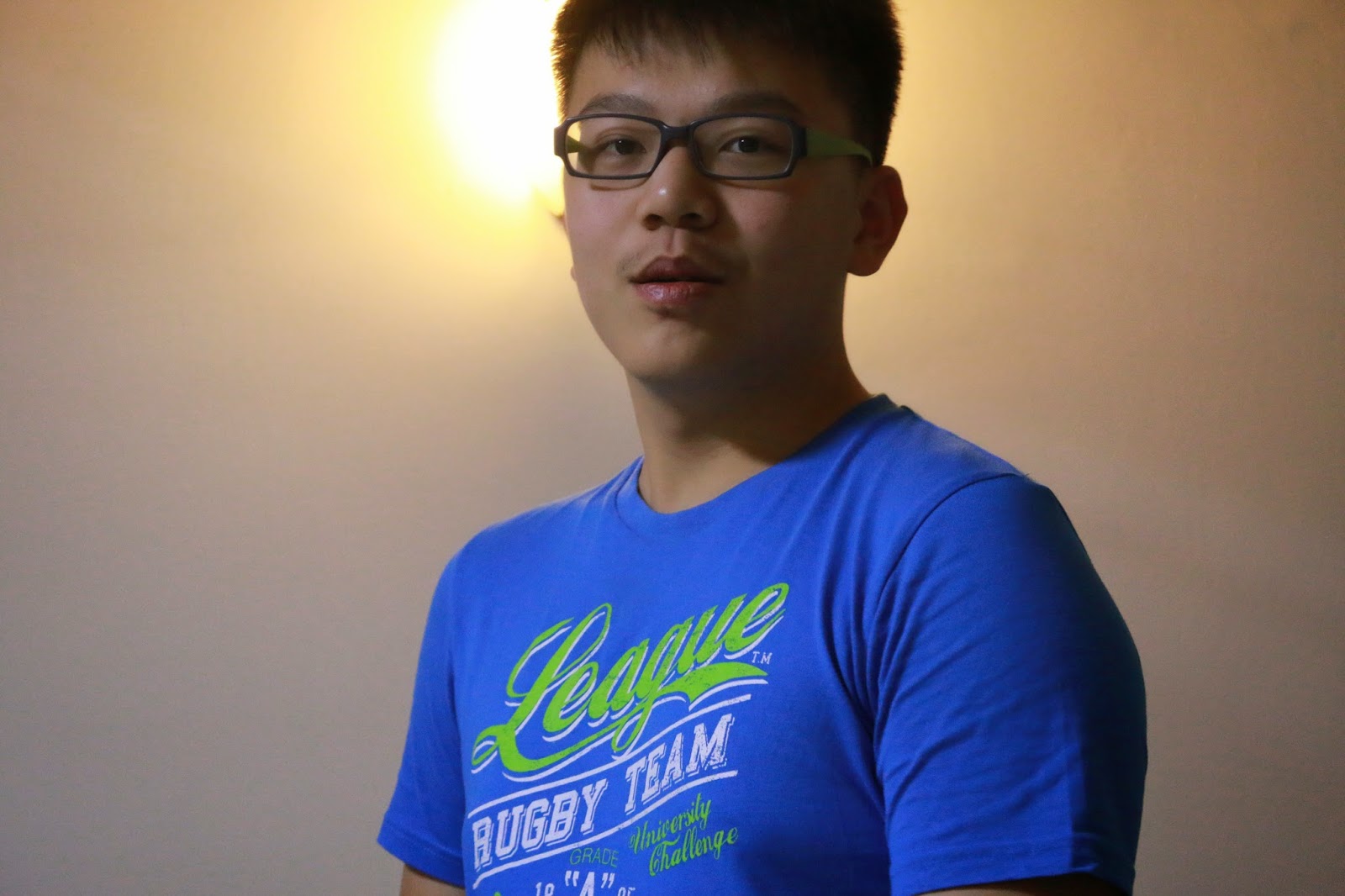 Here’s a close up on Weihao. HAHAHA! 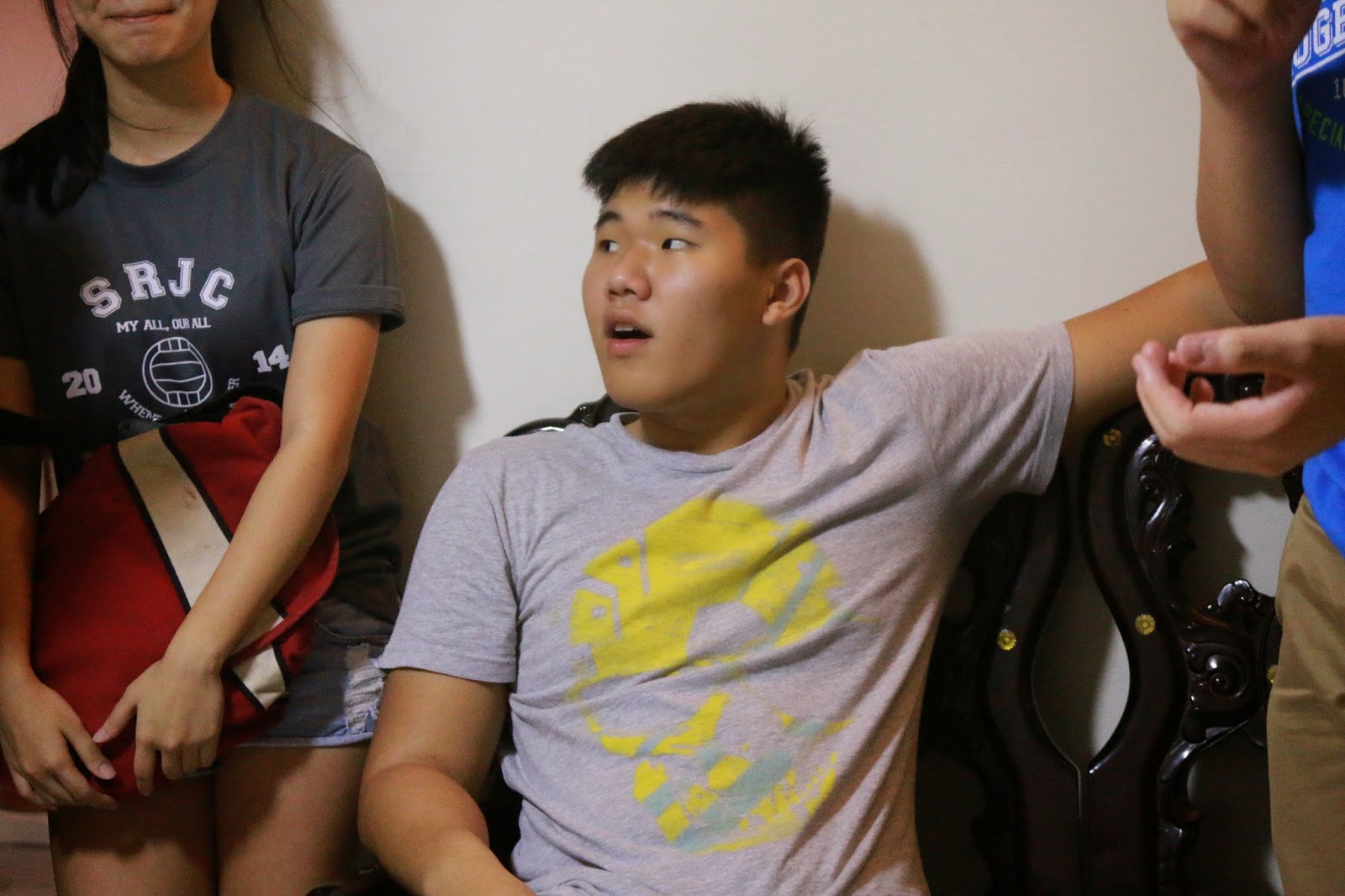 Meanwhile B Pang was caught giving the WTF look. 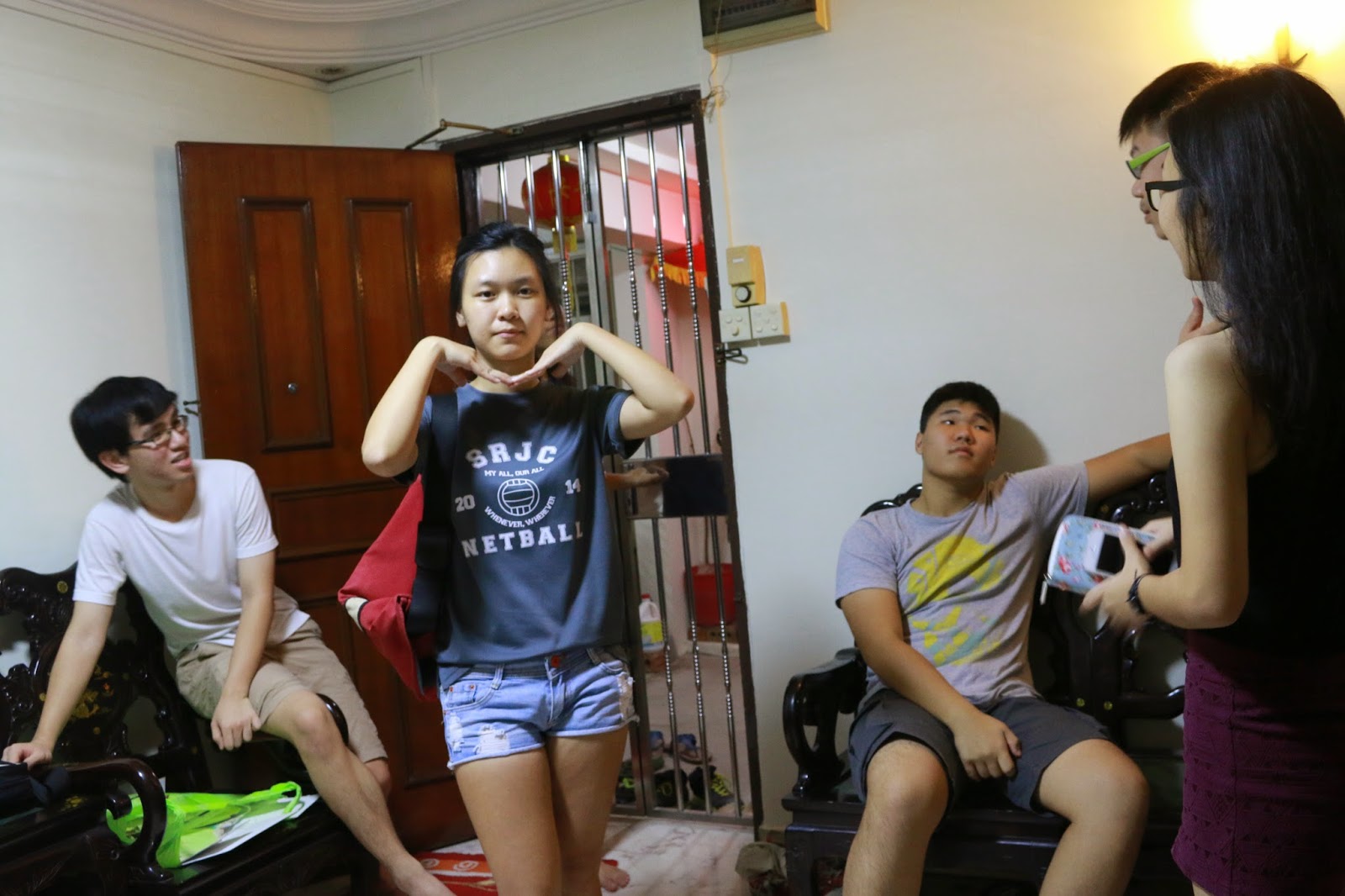 Qing with her er… Trying to act cute with a erm… poker face. I don’t know how’s that going to work well HAHAHA 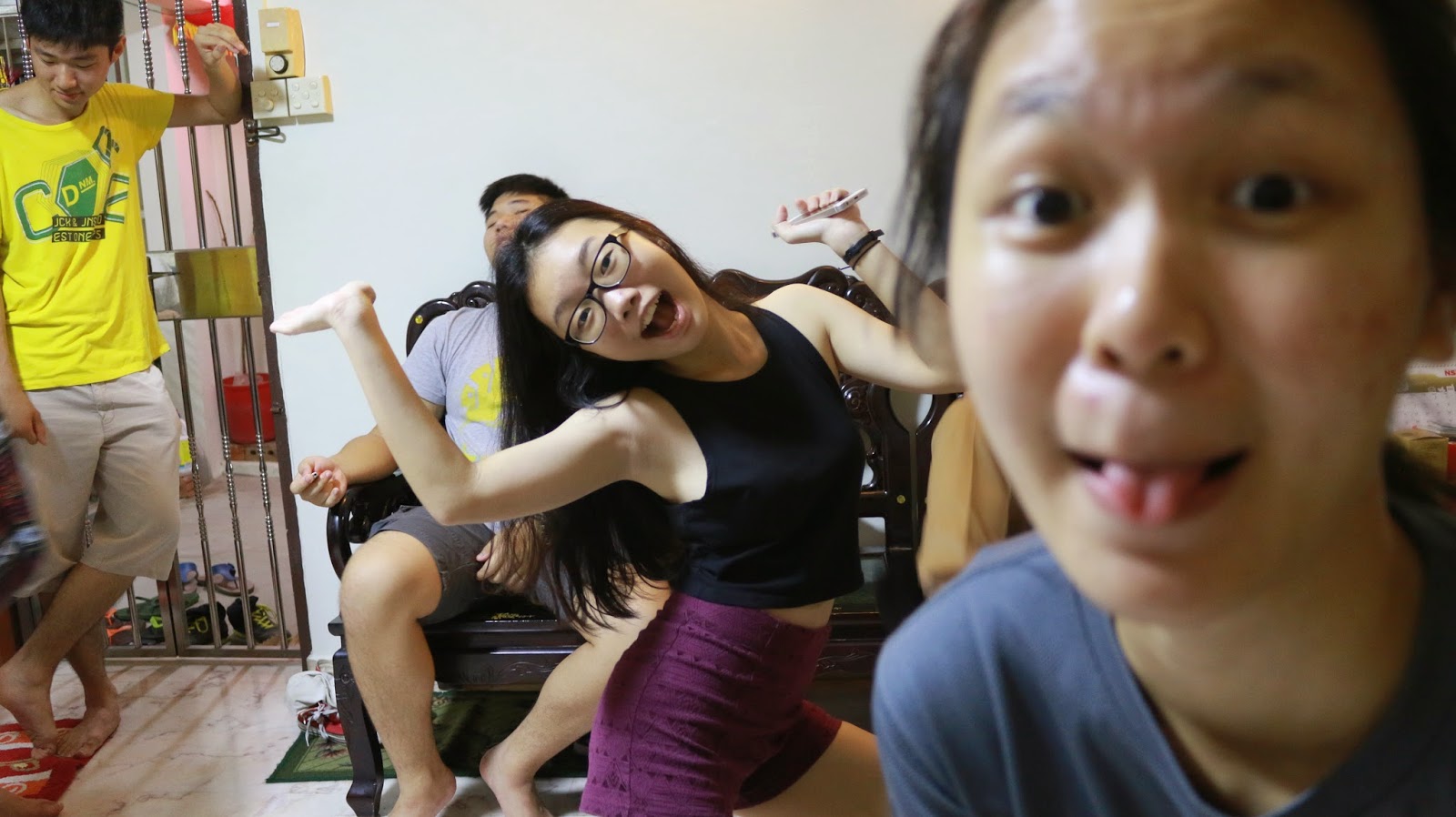 And the girls are trying to playing around with the camera… 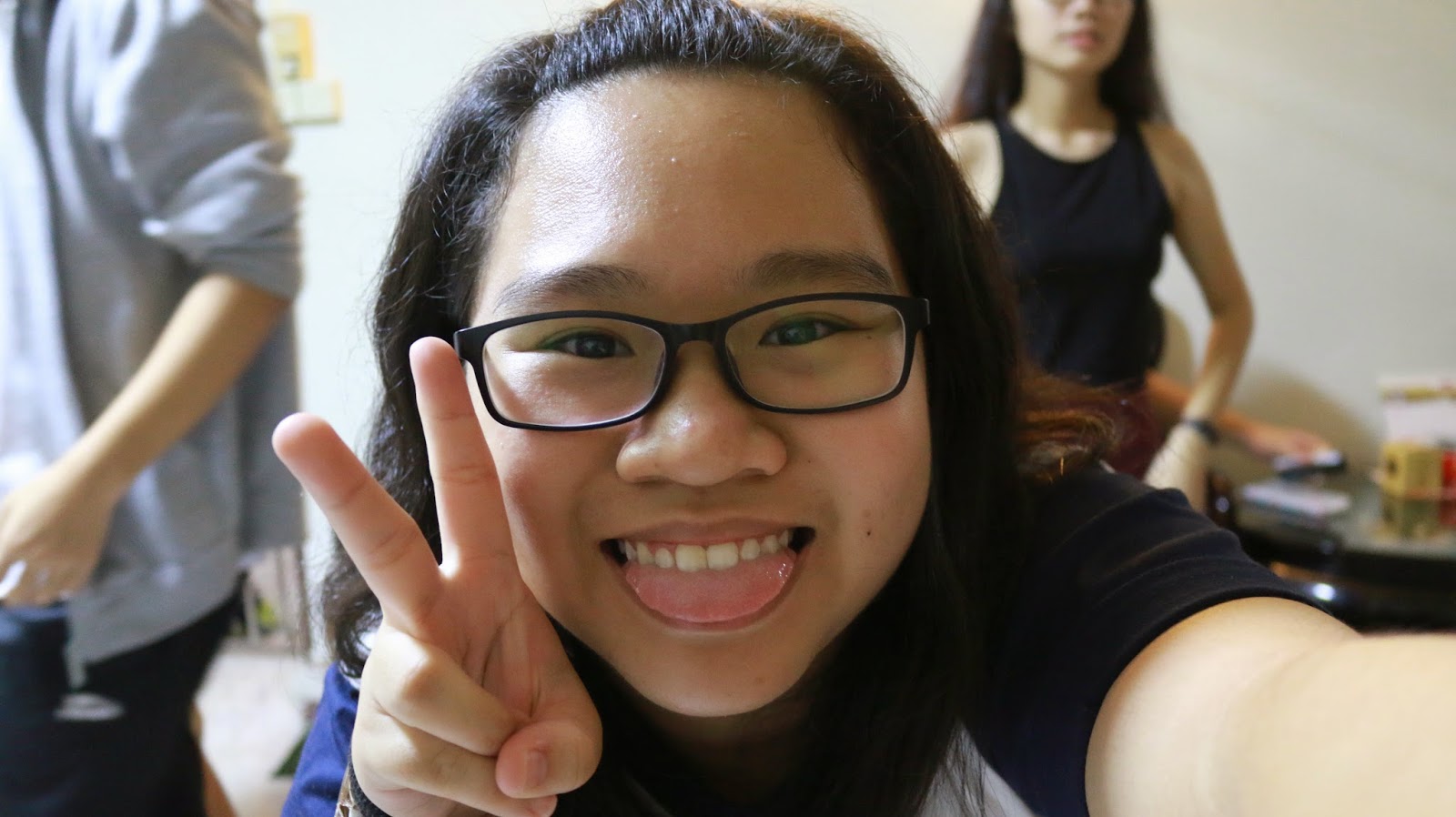 With Meiqi deciding that she should take a selfie HAHAHA 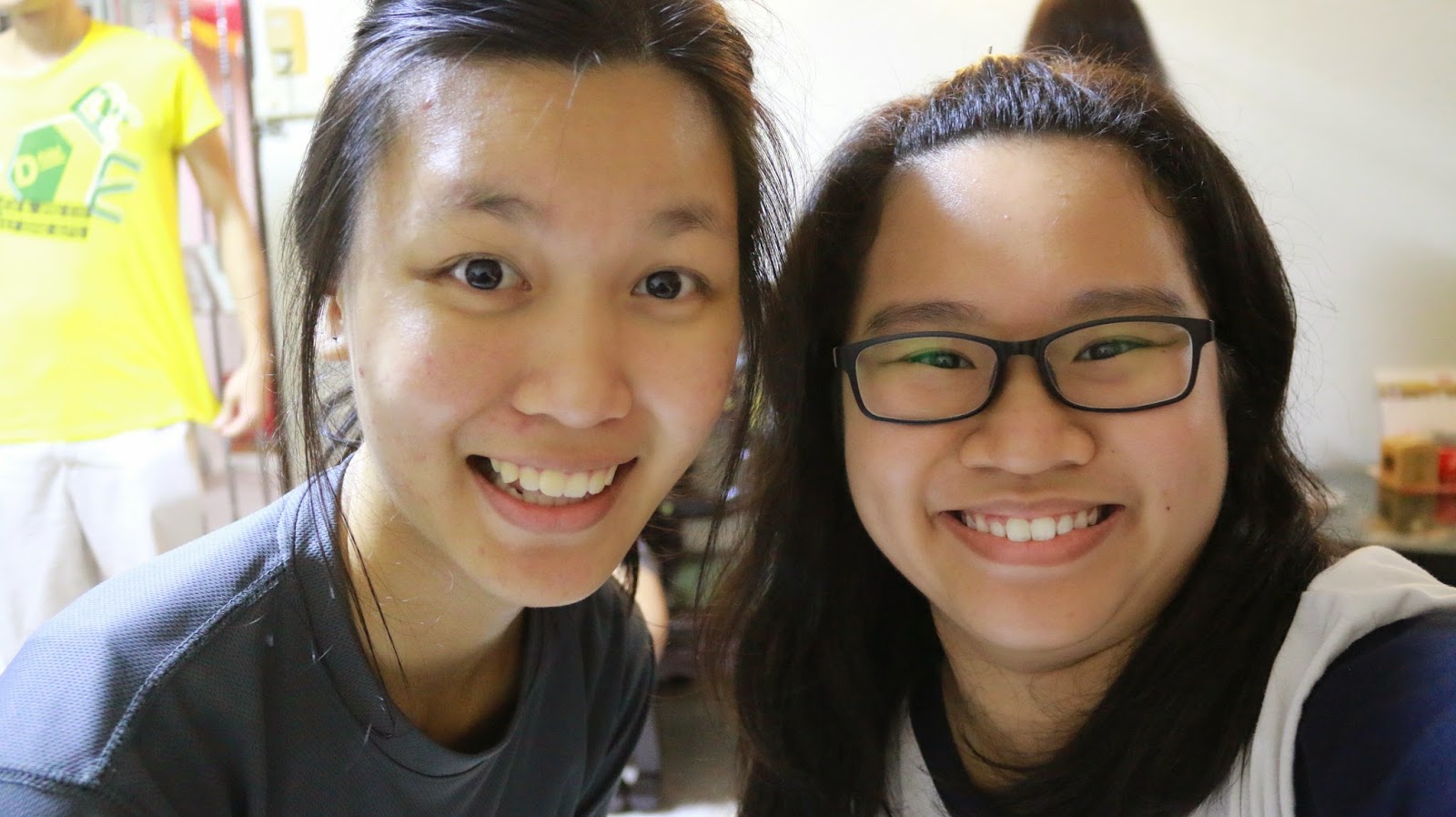 And then Qing joined in. 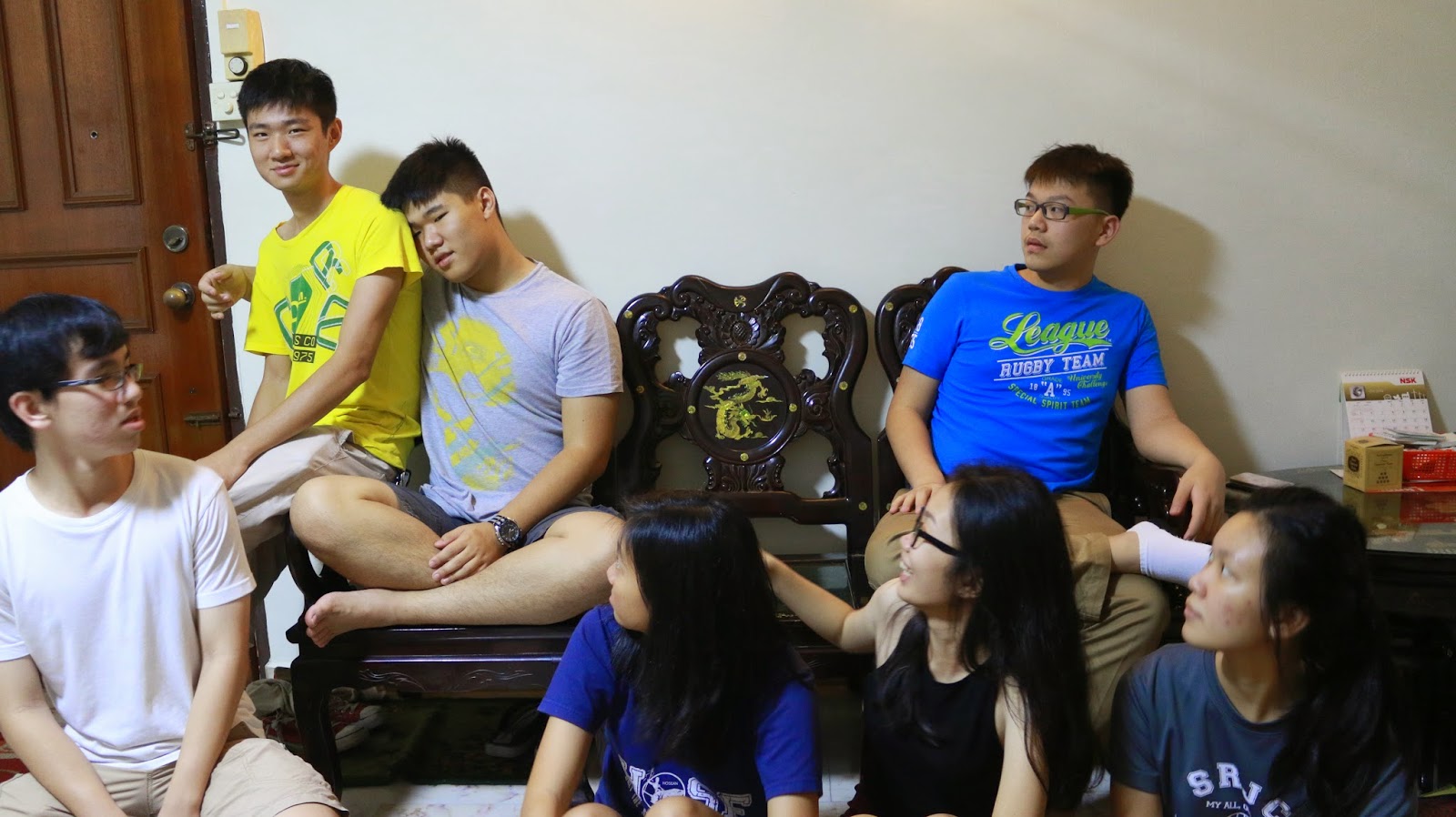 Everyone was just staring a B Pang… For lying on Chen Yu. EYYYY 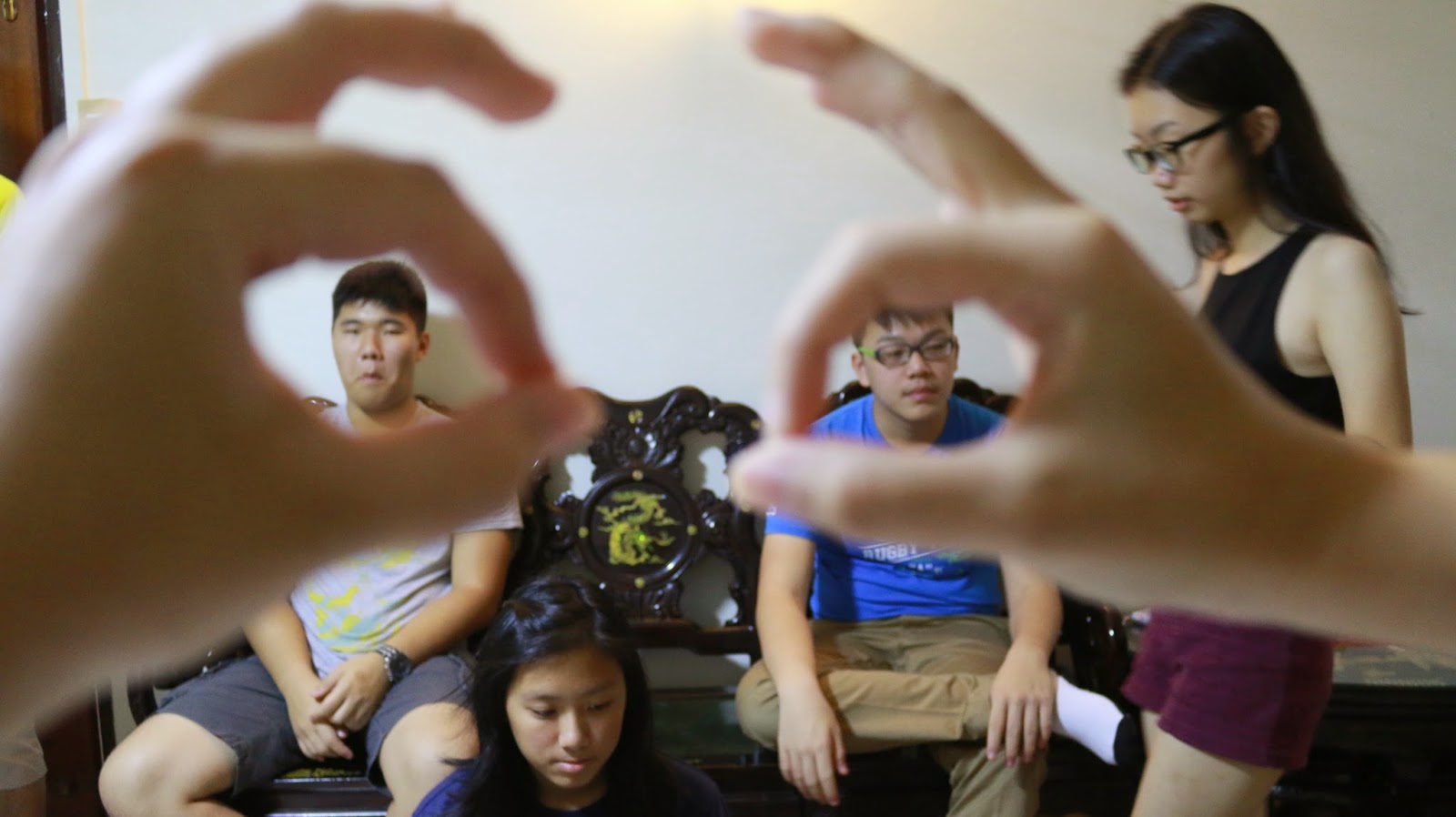 You two gotta fit in the hole! 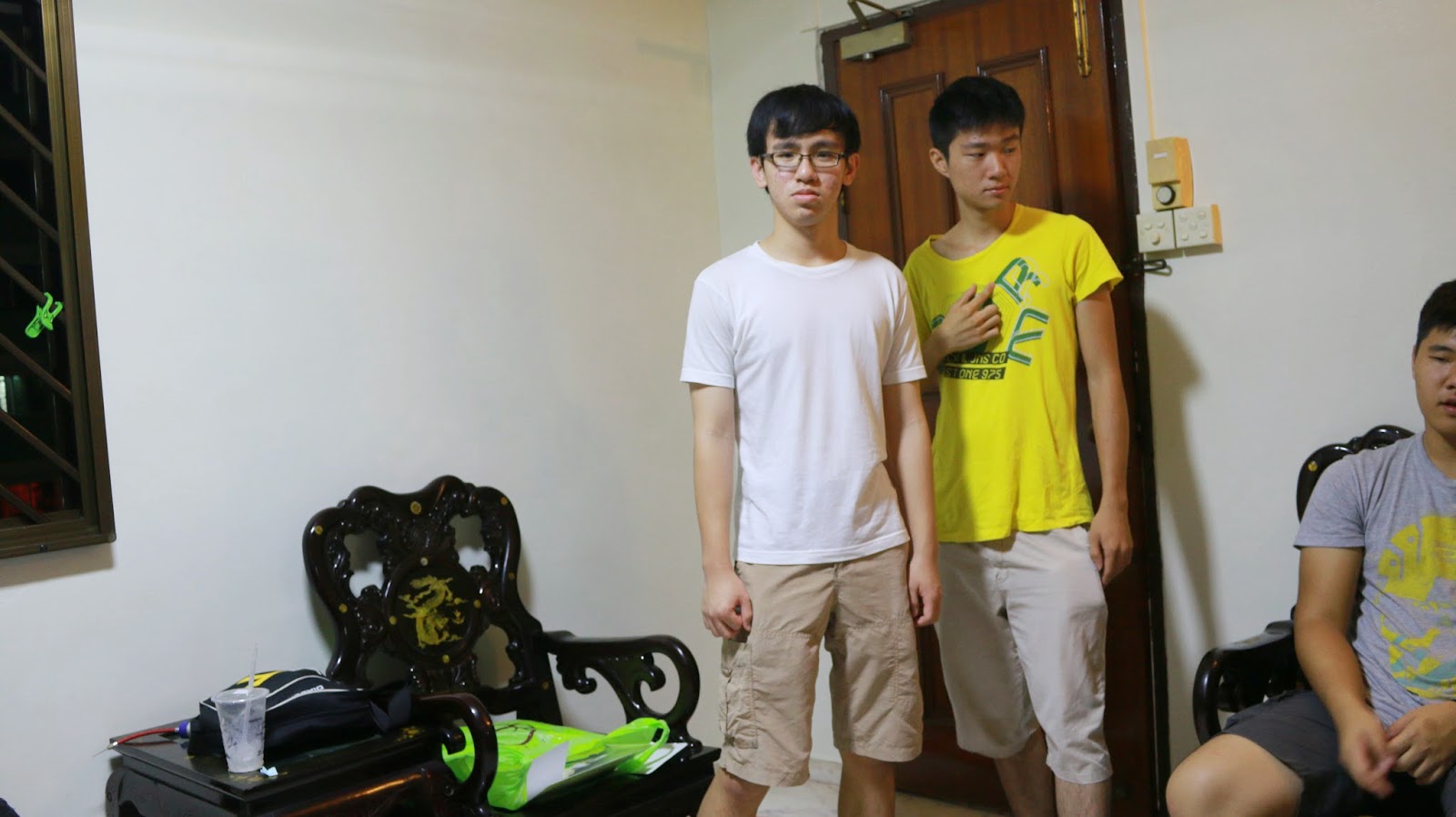 The Maths Pro and the Technogically Pro.
Okay… There were a lot of the very unglam photos so I decided not to upload them here. HEHE! So let’s get to some more serious group photos. 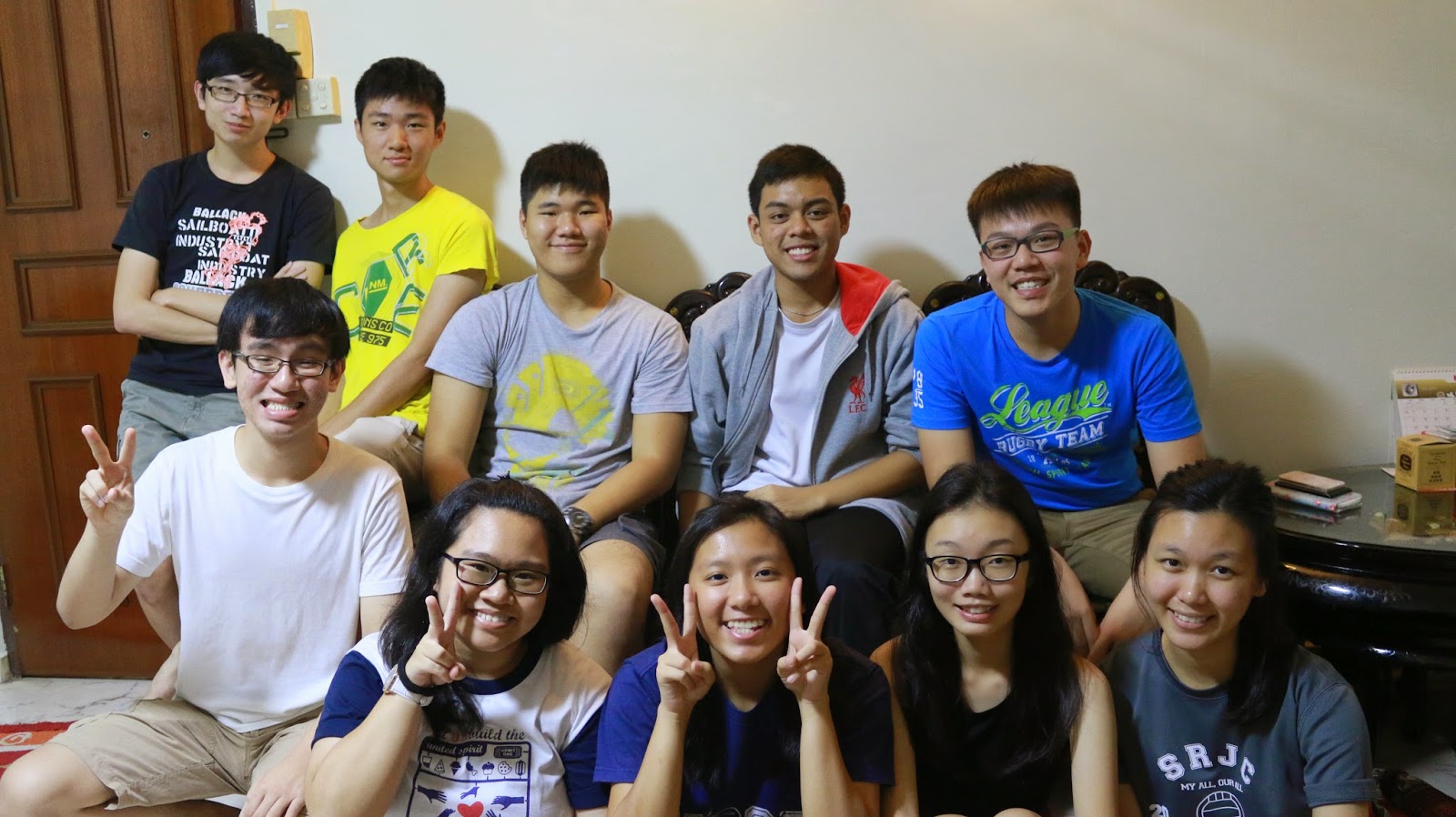 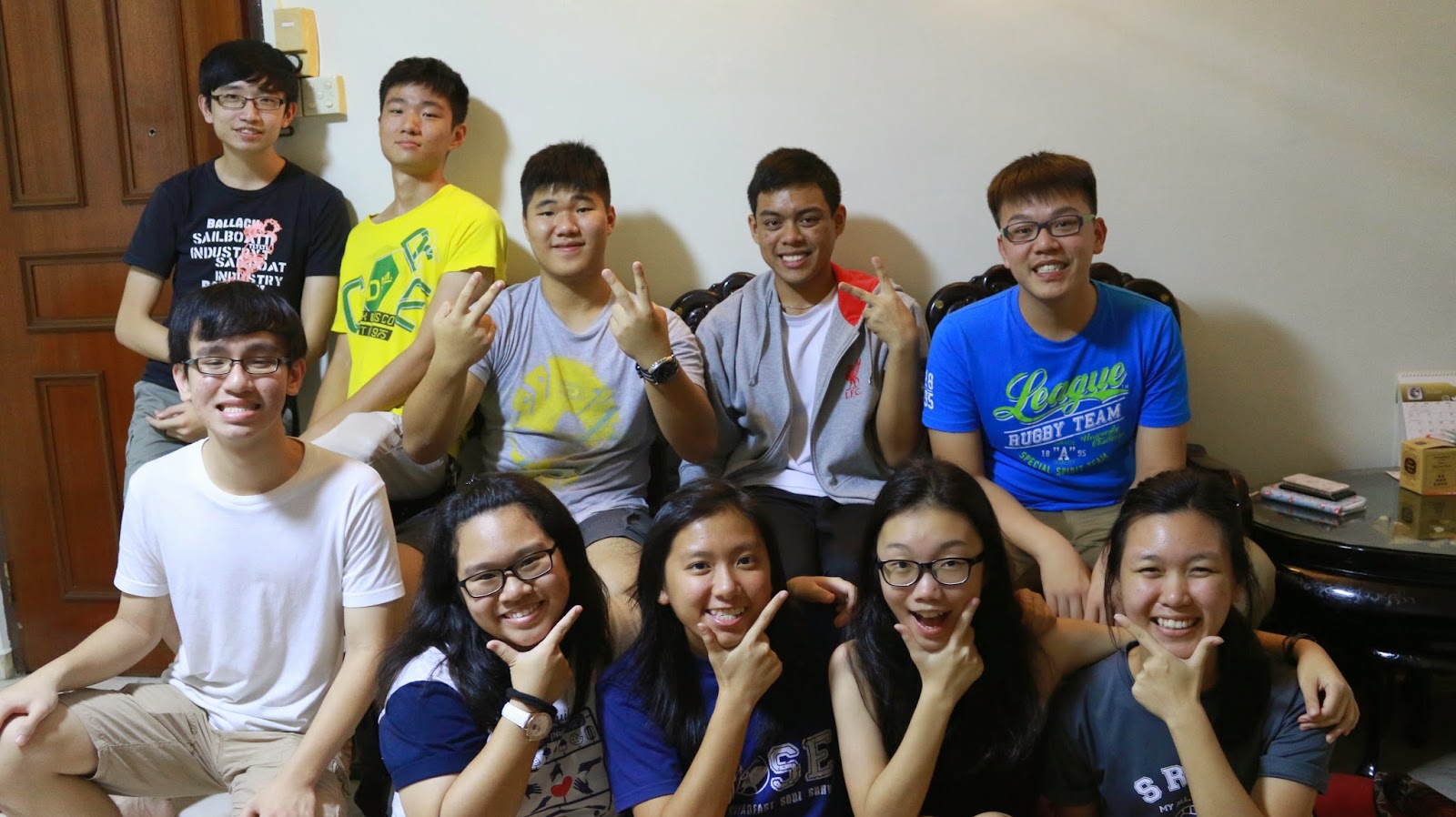 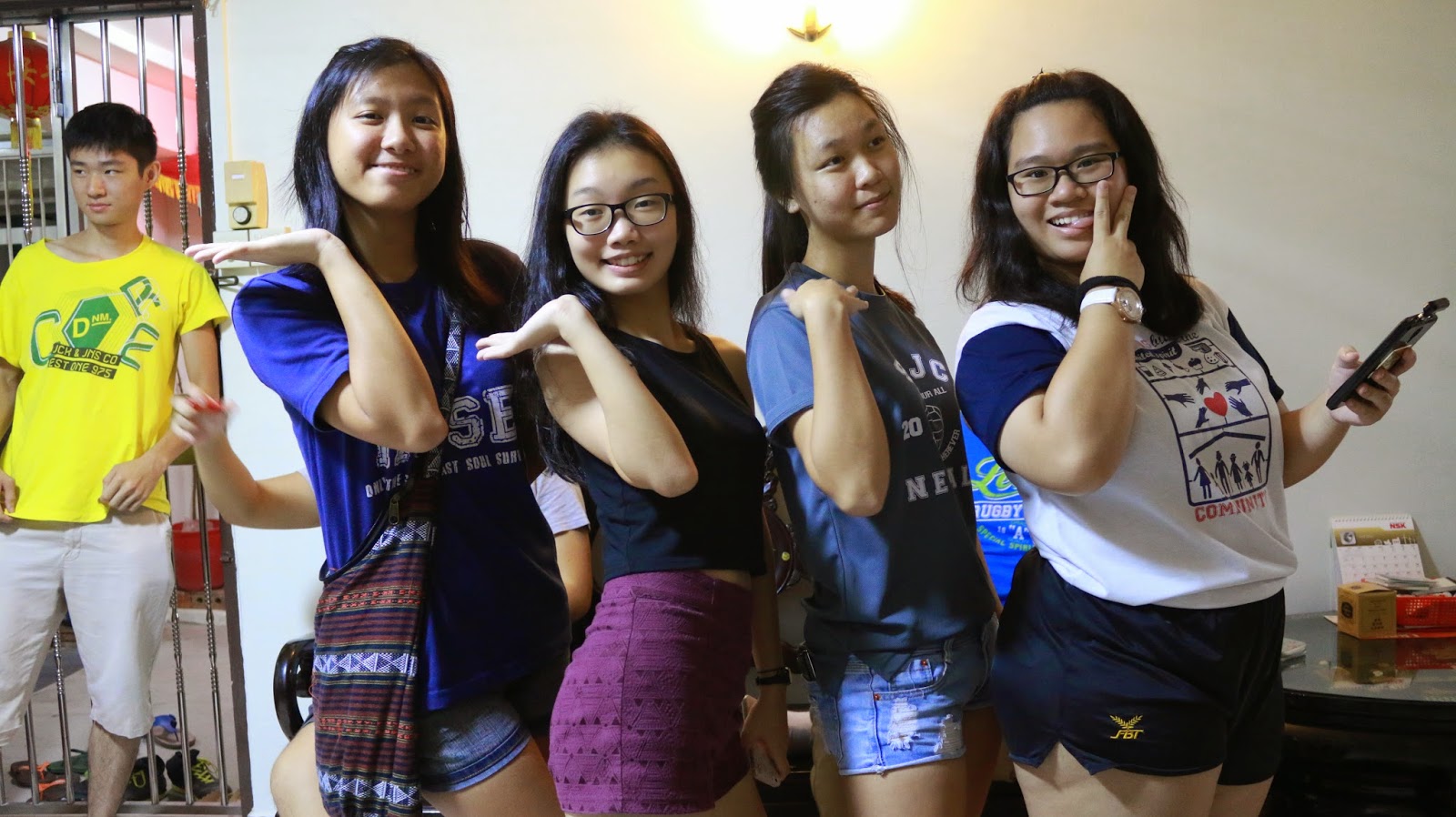 The girls decided that they should take a group photo, featuring Chen Yu’s photo bomb. :’D 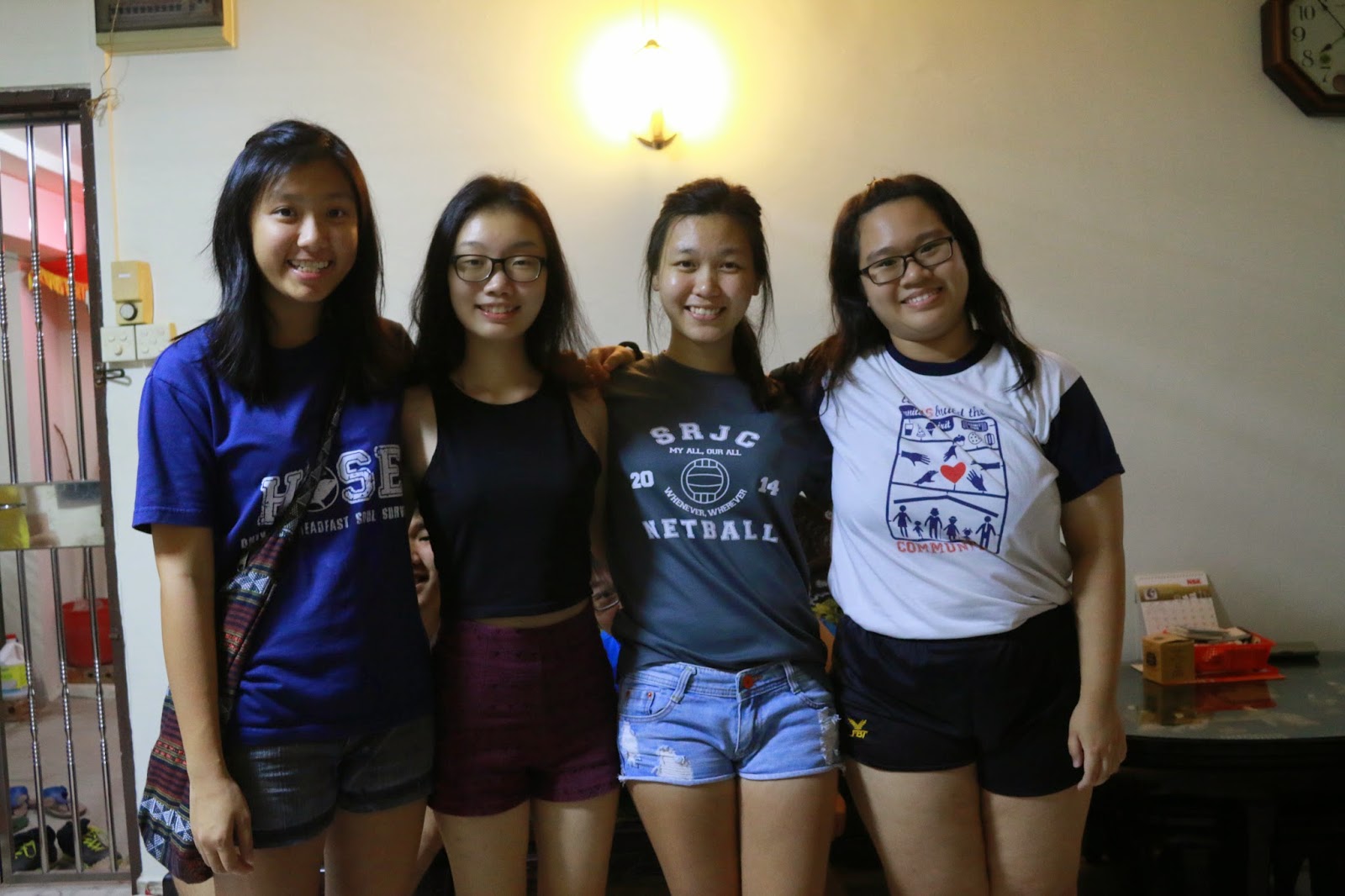 After taking the photos, massive spams of photos, we went for our dinner at the nearby tze char stall because going to somewhere near Weihao’s house to take a walk around the pasar malam. I LOVE PASAR MALAM!

While the rest went home at the end of the day, Chen Yu, Junwei and Adam, who joined us for pasar malam after his work, returned back to my house. Junwei continued with his Econs, Adam just slack around while Chen Yu and I tried to finish our song and send it in before the deadline, and of course we managed to get it send in 2 minutes before 2359hrs. (HENG SIA) 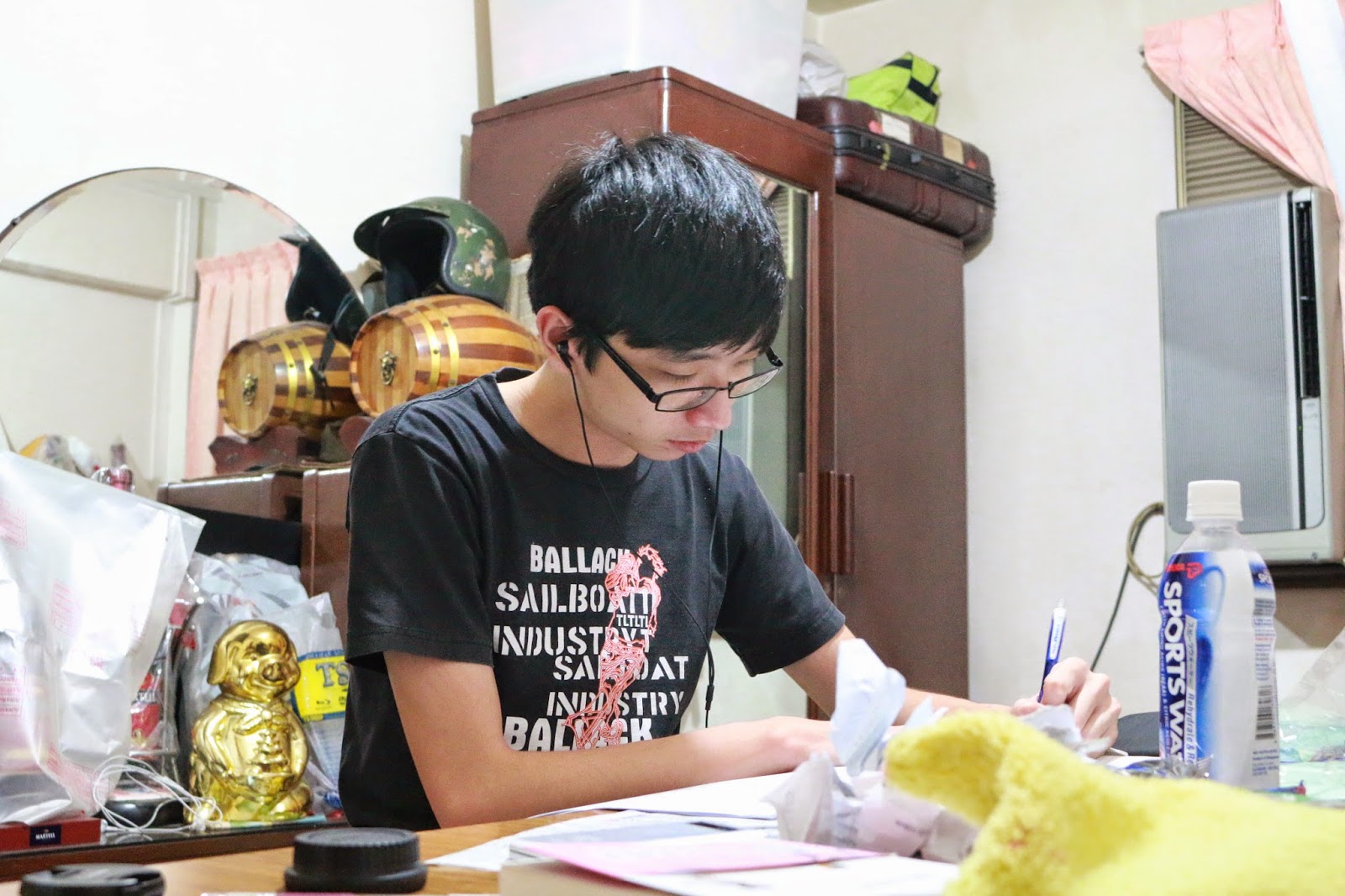 Very attentive. Much focus. Many seriousness. 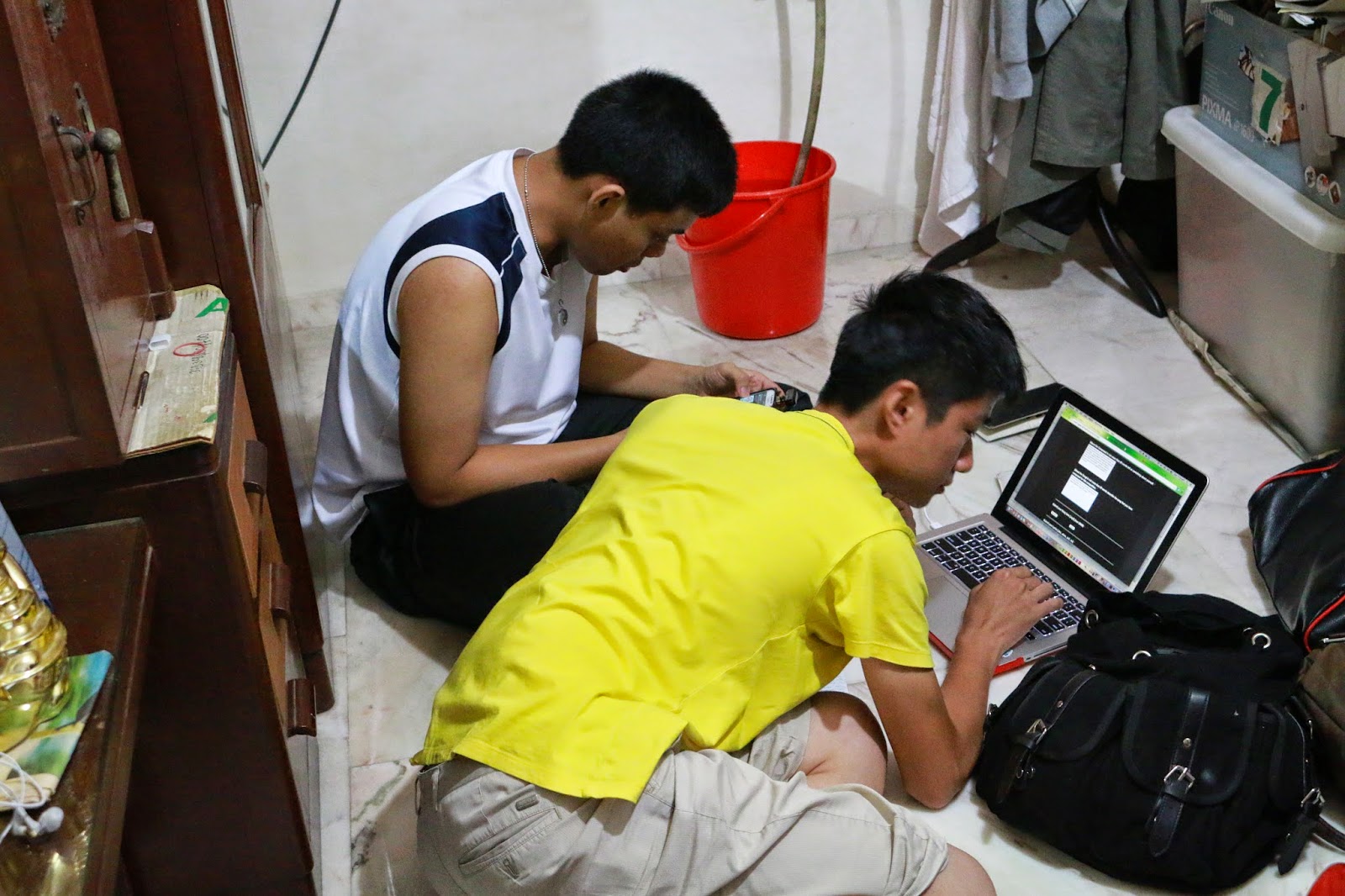 Last minute rushing of our work! 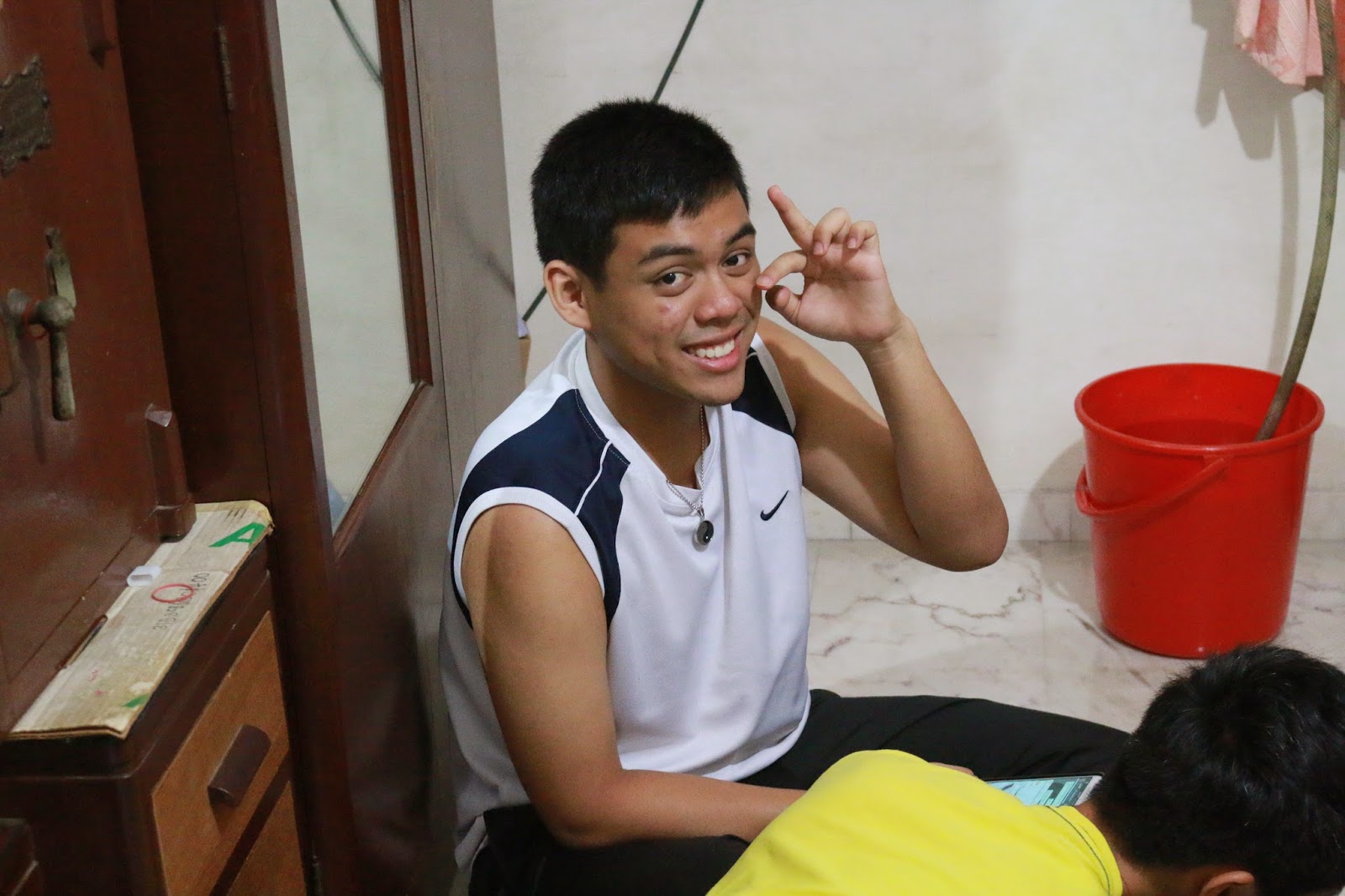 And of course, there’s still time to post for a picture upon prompt.

As I end this post, I would like to reiterate how much I am thankful for the surprise you’ve done for me and you all just have to remember: I will always love you all no matter what happens, 3 years as a clique and still so bonded shows that our friendships are so strong that nothing can seem to break us apart. You all are one of my favourite bunch of people, and trust me, I will do anything just to keep us all together, at least in contact for the years to come. Thank you for making my night, the night before I return back to school for a brand new semester.