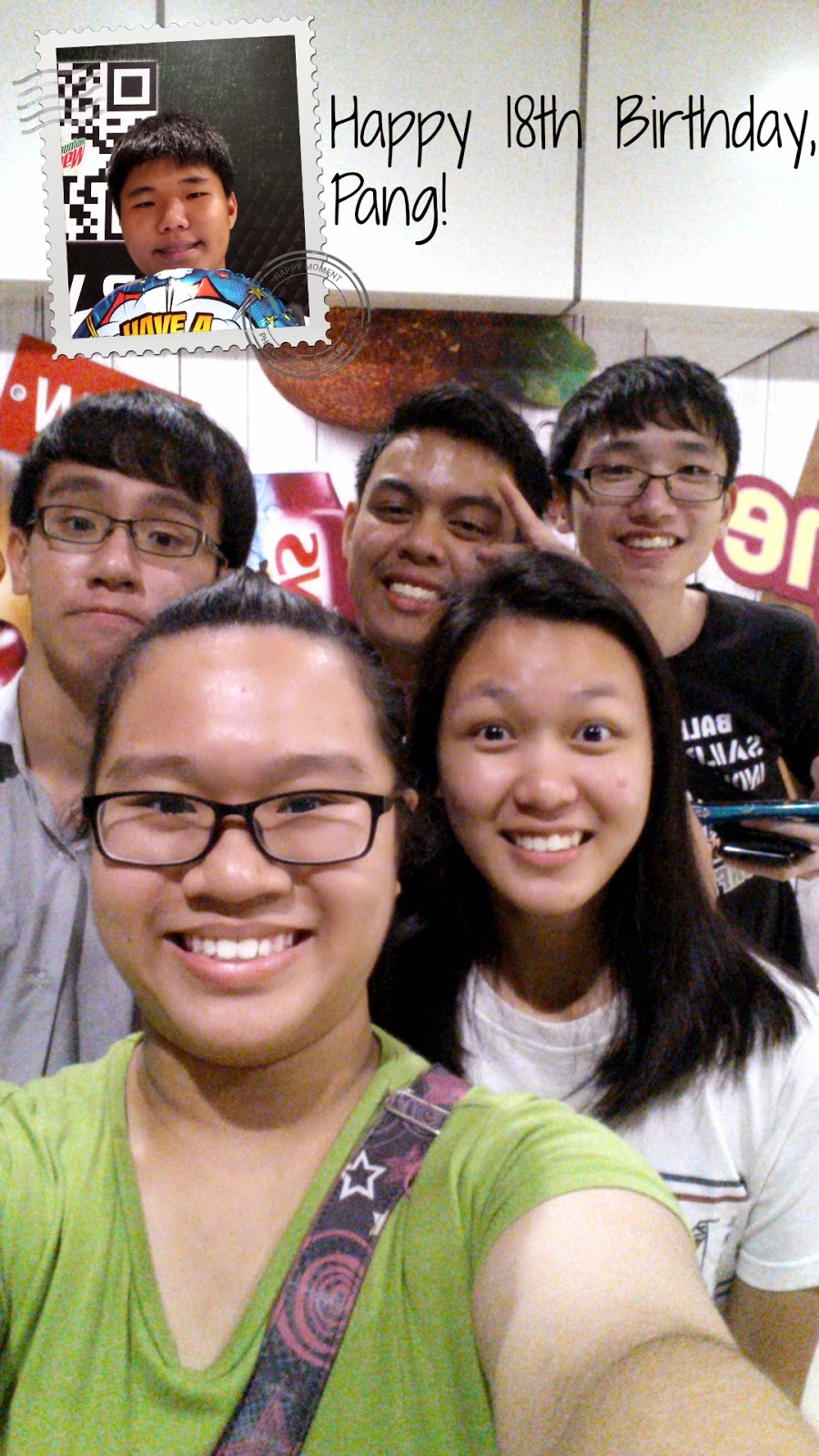 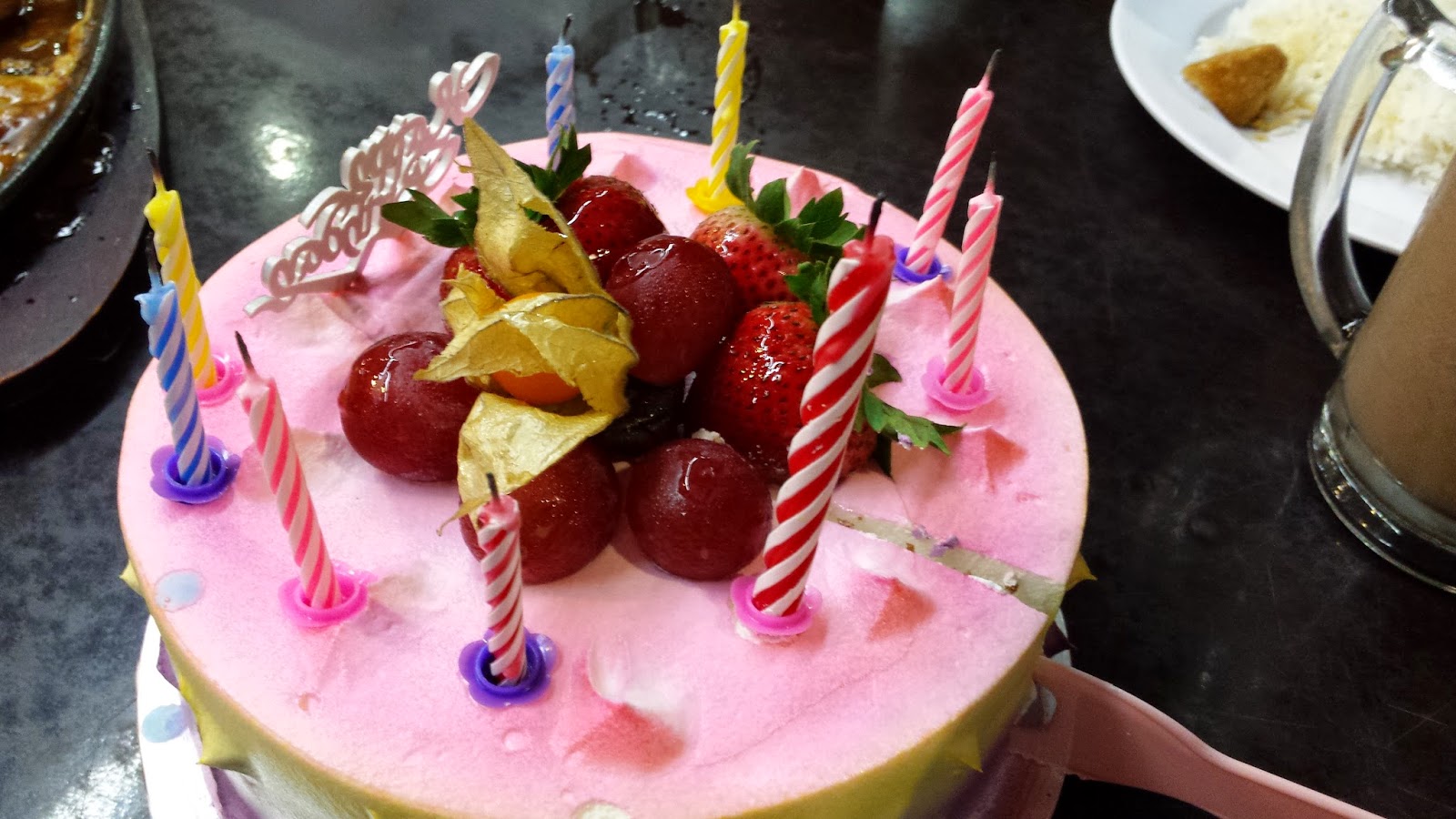 Beautiful cake.
I shall not say more cos the most interesting part is now over. Other than that the coffee shop auntie wished Pang happy birthday when we order more drinks from her. 😛
We ate and we took selfies! 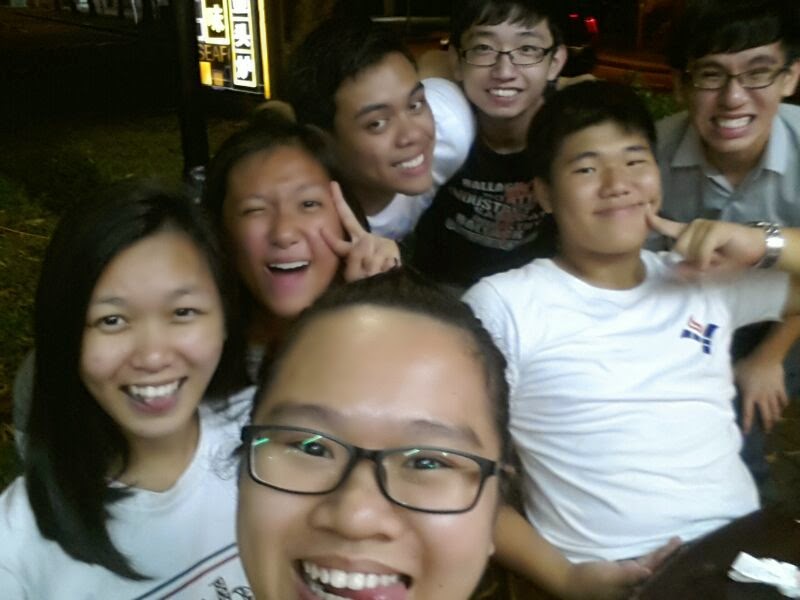 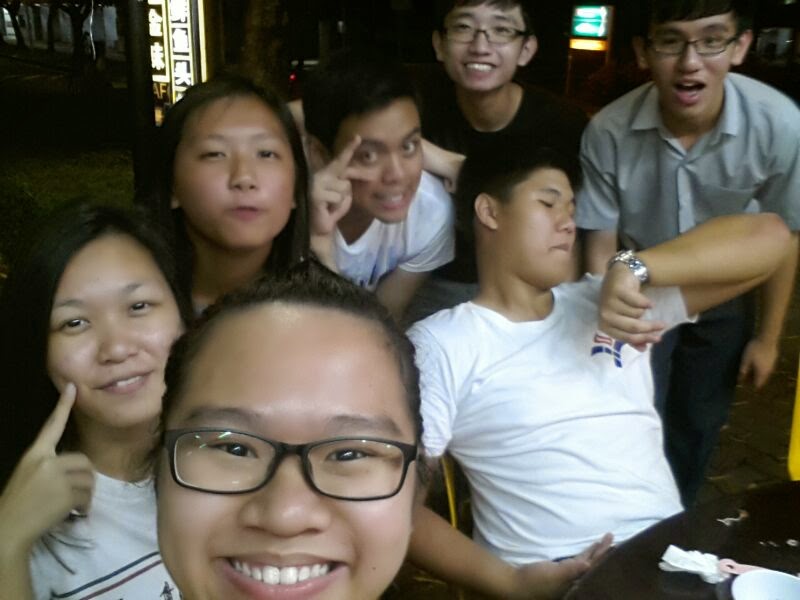 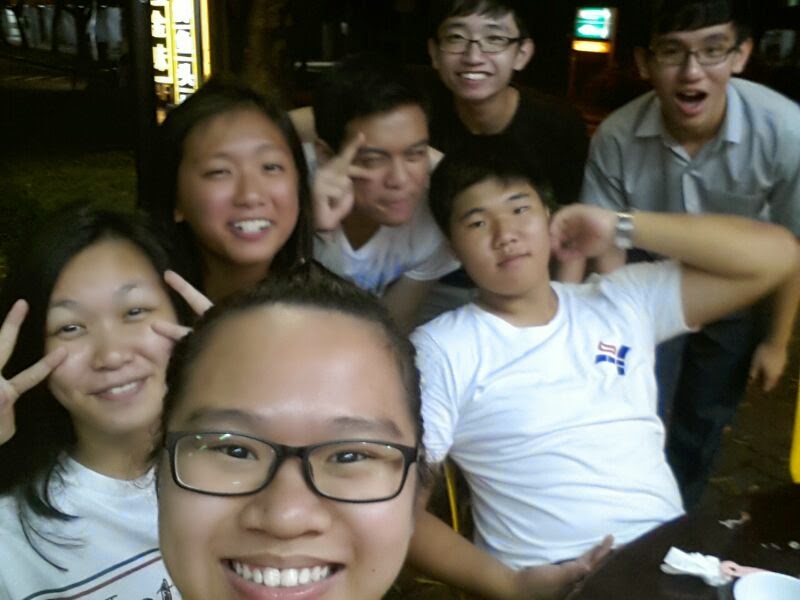 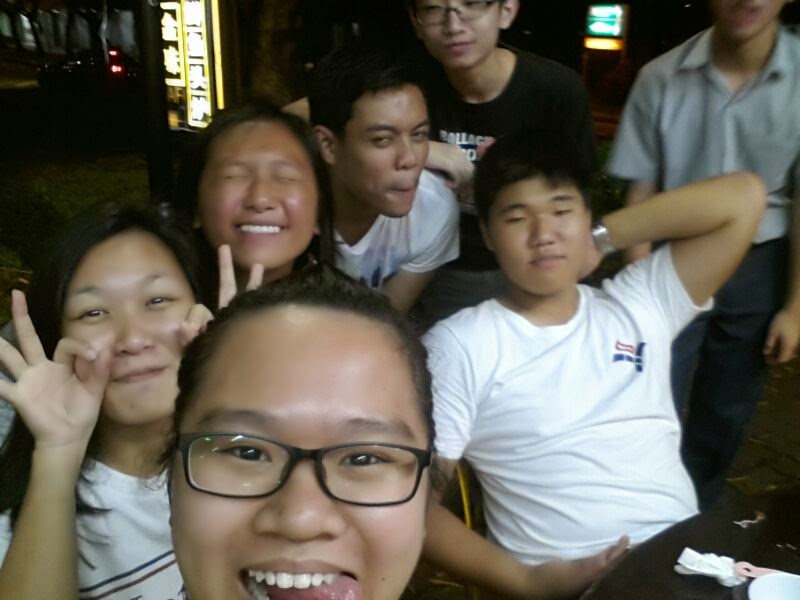 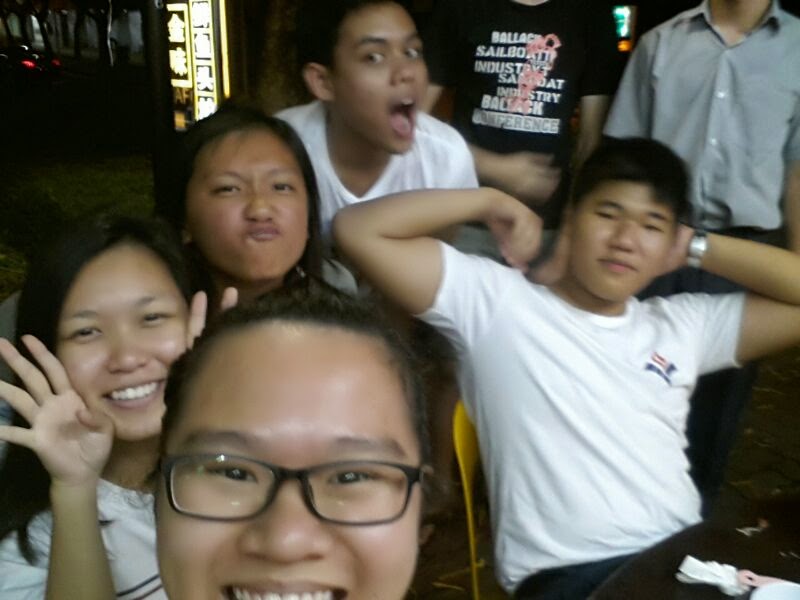 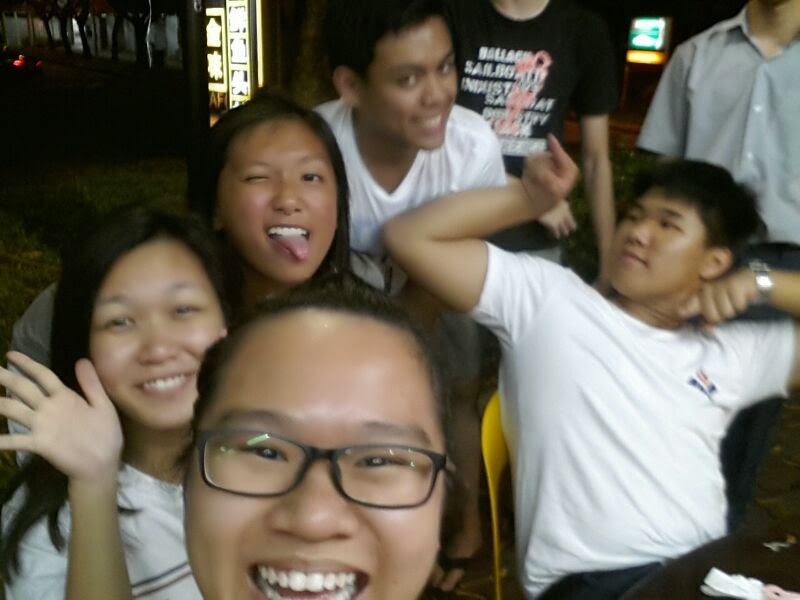 (PS: If you look at the above photos carefully, you’ll realised Qing was actually doing the once-famous gwiyomi. :’D)
Before we ended our dinner, one waitress from the tzi char stall came with 7 small tub of jelly to treat us. o/