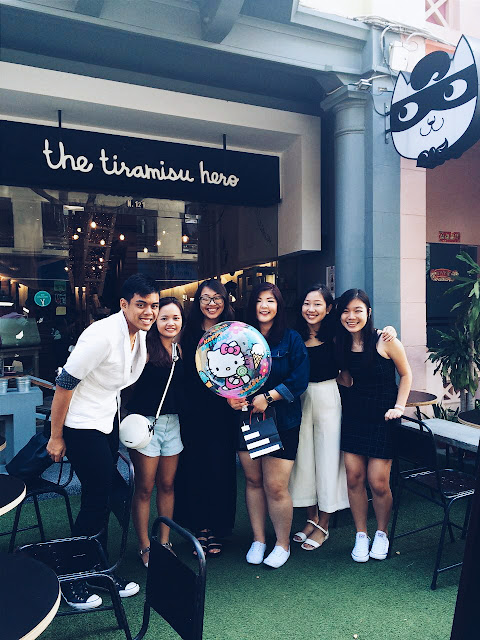 After 2 years of surprises, we all had come to a conclusion that we are going to ditch all those surprise ideas and the reason is simple: We got so used to having a surprise on our birthday that it is not a surprise anymore. We tend to expect something to happen during our birthday. Not sure if this is a sign that we are growing old and surprises seems to not be as fun as it used to be. To be honest, birthday surprises tend to become more of a routine if we were to do it every year, for everyone. It can be tiring.

So why not? Leave the surprise element in the gift that the person is going to receive instead. That sounds more fun.

We did not get around the bush. We just said, “Let’s meet up for Nic’s birthday for a celebration.” That seems way easier than to try to get someone out without letting the person knows that the clique is celebrating her birthday in a surprise location.

2014 – We got to surprise her in Ngee Ann Poly after her lessons.

HAPPY 18TH BIRTHDAY NICOLE! So happy to know you were so touched by us for surprising you in school in the evening (and to make u wait in school for 2hrs+ ?) I know you feel the LOVE! ??? Hahaha. Ok. You are legal now so take care of yourself! ? THANKS TO THE REST WHO MANAGED TO COME DOWN TO GIVE HER THE SURPRISE DESPITE BUSY SCHEDULES! THANK YOU GIRLS SO MUCH! ? And the feeling of seeing you all after so long is WOW.
A photo posted by Eddy Edvaldo Chua 蔡慶順 (@theeddychua) on Jun 5, 2014 at 5:13am PDT

2015 – We celebrated at this restaurant, which I forgot the name, at night. I still remembered I almost got lost trying to find them.

So in 2016, 20 years after she was born, we decided to try something different. We went to this cafe at Petain Road called The Tiramisu Hero.
Nic was late so while Wanz and I waited for her around City Square Mall to surprise her with our gifts, the other 3 girls – Charmz, Mich and Yapz – went to get us a table at the cafe.
She was more than late. The 3 girls were panicking because it was getting awkward for them to cope a big 6-pax table other nothing but just plain water. But then again, since she was the birthday girl, we cut her some slack.
You guys should see that expression filled with beatitude on Nic’s face when Wanz and I walked towards her with our presents and a Hello Kitty-themed helium balloon (chosen by Wanz) as she came out from the gantry at Farrer Park MRT Station. It was clear that she loved that helium balloon a lot. And apparently, the helium hasn’t escape from the balloon for the past 2 weeks (it is still ‘floating’ when we visited Nic house after our Ramadhan bazaar trip). I am definitely impressed by its durability.
It took us quite a while to walk to Tiramisu Heroes from the train station because it is located in a rather secluded area of Farrer Park. We found that area eventually of course – thanks to this invention called the Google Maps.
We walked in and the three girls were there seated facing the entrance. And I noticed a common dressing code amongst all of us: we are wearing black. The thing is that we did not even agree upon any dress code, we just came and hey… everyone is wearing black. Although I was wearing a white shirt and a white casual blazer, my pants is black so I count myself as wearing black too – just wearing an ‘opposite’ combination from Wanz.
“Is it yall dressing for my funeral?” Nic remarked.
“It’s as black as your soul.” Yapz retaliated.
Oh damn. That sounds like the truth not a very pleasant thing to say. HAHAHA oops.
We ordered our food before more friendly fires of burns were shot across the table directed at Nic. How can we not love our friendship this way? 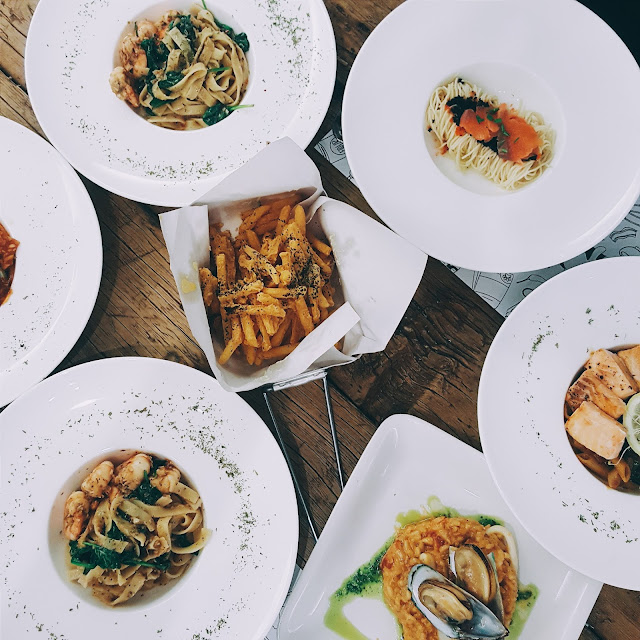 After food, we decided that it’s time to head out to take some mandatory to-proof-that-we’ve-celebrated-your-birthday shots. To put it in layman term, group photos.
While Yapz needs to leave early, the rest of us walked back to City Square Mall and someone decided that we should take…
PURIKURA.

I don’t think I have ever taken purikura before because I apparently don’t have a childhood.

But then, this made me feel young again, and despite the rise of smartphone and related photo applications, people do still visit the arcade for these photobooths because it is still as fun. Dear Generation Z kids, this is our Instagram/Meitu more than 10 years back. 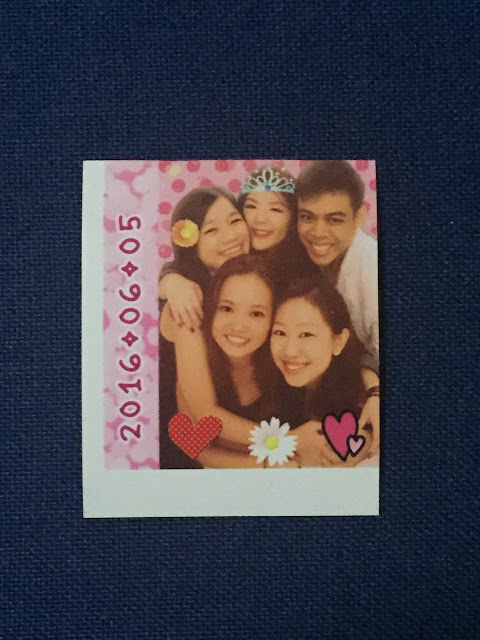 These are concrete memories that we are going to keep for the rest of our life. And yes, I am going to keep these intact in a time capsule (which is in the cover of my current phone) and then when time comes, I will show them to my children and grandchildren that ‘Hey, these are the people who makes my teen life fun and memorable.’

Charmz needed to leave after that so the remaining of us proceeded for our next plan and to our next destination: Singapore Art Musuem. We had told Peish and Viv to meet us there so that that can get to meet Nic and afterwards we could go and visit the museum. 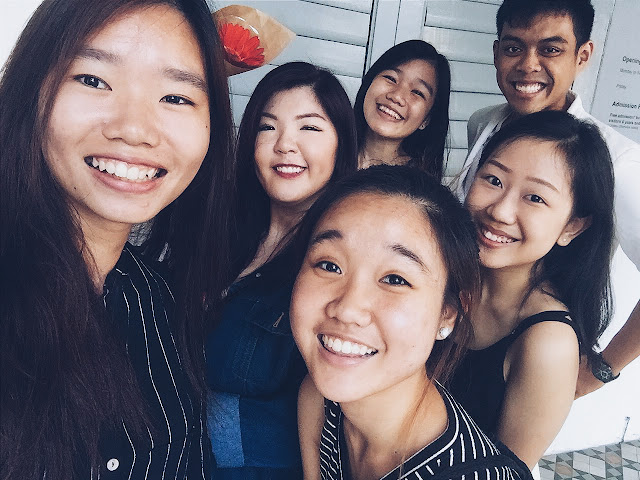 Nic was thrilled to meet the other two girls, as much as she was when she met us that day and every other day. They gave Nic a stalk of flower which you can see vividly in the photo above. Round 3 of phototaking session started shortly.

The meetup was brief because Viv and Peish needs to go off after that. We were left with 4 of us (Nic, Mich, Wanz and I) who thought that it might be a good idea to visit the museum and view the exhibitions that were on showcase.

Let me end off this post with one of the art piece that we’ve encountered: 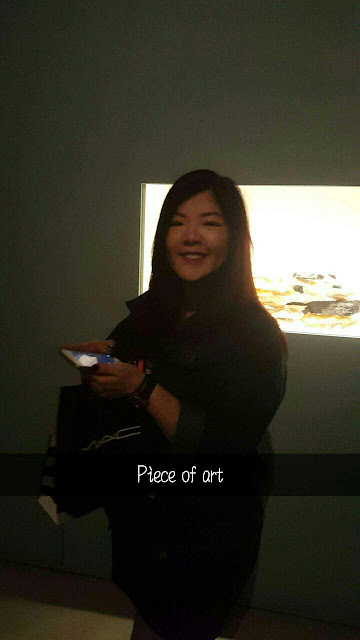 You are very much welcome.