13th July 2014
Recently, there were many disputes and controversy surrounding the issue of homosexuality. And I decided to touch on that in one of my Social Psychology assignment. It was suppose to be a letter to media, but here I am, sharing with you all an extract of my work.

(Image: Democracy Chronicles)
“I am Eddy Chua, a student currently studying in a local polytechnic. I am writing in with the purpose of discussing one of the most important and critical problem that still in existence in a first-world nation, a status claimed by many. That is, the discrimination of homosexuality.
Despite the success of the ‘Pink Dot SG’ event, which saw an unprecedented 26000 people attending to rally for the rights of the Lesbians, Gays, Bisexuals and Transgenders (LGBT) community , the discrimination against homosexuality is still significant in local society . A recent study has shown that Singapore is still a conservative society in regards to such issue with 78.2 per cent of the respondents finding it wrong and 72.9 per cent finds gay marriage unacceptable. The current judiciary does not make things better by suppressing the rights of the LGBT community. Under the infamous Section 377A of the Penal Code, it criminalized homosexual acts with a jail term of up to two years. It is no stranger to locals that there have been law suits surrounding this law, with the most famous ones being Tan Eng Hong v. Attorney General (2012) and Lim Meng Suang and another v. Attorney General (2013). Both the suits challenged the act for being unconstitutional and a form of inequality but were eventually dismissed . Such inequality can be regarded as a form of discrimination. The LGBT community is discriminated because they are not doing things that are considered ‘mainstream’ and therefore, people thinks that they do not entitled the similar basic rights as other ‘normal’ human being . On the week leading up to this year’s Pink Dot’s event, some Christians and Muslim groups urges their followers to wear white in protest of the ‘normalisation of homosexuality’ . Following that, two children books, “And Tango Makes Three” and “The White Swan Express”, were removed from the National Libraries after a feedback from a member of the public that the books contained LGBT contents and ‘does not promote family values’ . Such stigmatization may results in two main problems: one being stimulation of hostile reactions towards the LGBT community with little obvious motivations other than hatred and second being the arosement of minority stress . Homophobic hostilities might be imminent as long as a significant proportion of the public refused to acknowledge such kind of alternate lifestyle, which in turn might results in social unrest. For example in Russia, the anti-gay laws inspired extremists to throw verbal and physical abuses onto gays and fightings among the two groups were even witnessed . Such anti-gays sentiments will also increase the chance of having mental disorders among the LGBT community , which is not idealistic to the overall mental health of the community. 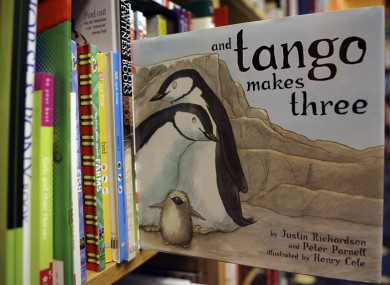 (Image: thejournal.ie)
With all the possible social problems that may occur, it is important that we as a society works together to improve the social cohesion of the country. I hereby suggest a couple of recommendations to improve the current situation. First, the LGBT population should start coming out of the closet if they have yet to. By not coming out, it gives others the impression that you are doubting even at your own beliefs. As soon as people recognise the LGBT population, the government and community leaders can help integrate them into the society, like what they did with the new immigrants. It is expected that heterosexuals who have more interactions with the LGBT community tend to be more accepting compared to those without interactions . By allowing more people to interact with the LGBT community, it helps to improve their relationship towards each other, hence resulting in a certain degree of mutual respect. Second, despite numerous failed attempts for the repealation of the infamous Section 377A act, I still believe that it is important that the legislation repeal an act which contains an obvious hint of discrimination. The act itself sets a social devider between the homosexuals and the heterosexuals . The government needs to show its support for a ‘strong and cohesive society’, a term which was mentioned in the Population White Paper. As long as the government voices their support, it would be a matter of time when the majority of the local population will be able to accept the LGBT community without the thinking that they are morally and lawfully “wrong”.“