Let us spare some time to commemorate the passing of the founding Prime Minister of Singapore, Mr. Lee Kuan Yew. As the funeral procession is being carried out from Parliament House to the University Cultural Centre, I would like to make use of this chance to dedicate this blog post to him, to reflect upon his legacy and to celebrate his life and achievements.

It was a sad moment for all Singaporeans, Singaporeans from all walks of life, from every generation.

It has been 7 days since our state flag flew at half-mast as a respect to Mr. Lee.

For the past 7 days, especially during the times when Mr. Lee lies in state at the Parliament House from Wednesday to Saturday, it had showcased the effects and influences Mr. Lee has on the people. As of statistics reported on Channel NewsAsia at 1.48am on Sunday (29 March), nearly 1.5 million people turned up at the Padang and various Community sites to pay tribute to the late founding father. Out of which, 442, 297 people has visited the Parliament House. 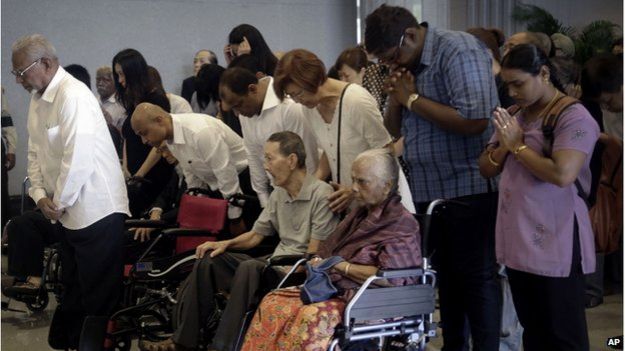 (Image: Straits Times)
Everyone understands the fact that for without the contributions and sacrifices of Mr. Lee over his political years, there will be no Singapore we know and are staying in today.
There’s no need for me to reiterate what Mr. Lee has done for the country and for the people. Everyone knows it, deep within their own hearts and minds.
I myself was also present at both the Teck Ghee CC tribute site, SGH tribute site and the Parliament House to pay respect. 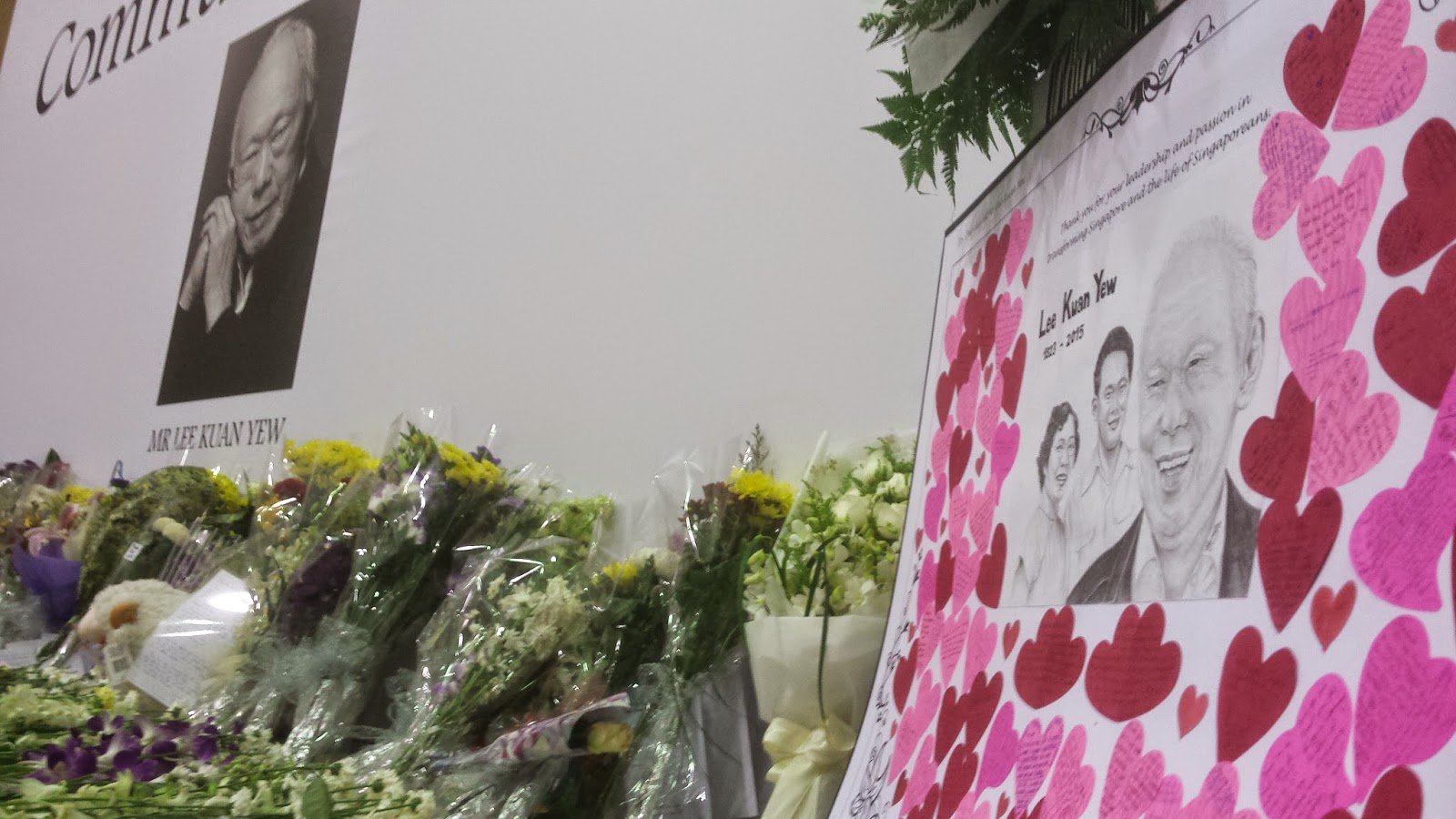 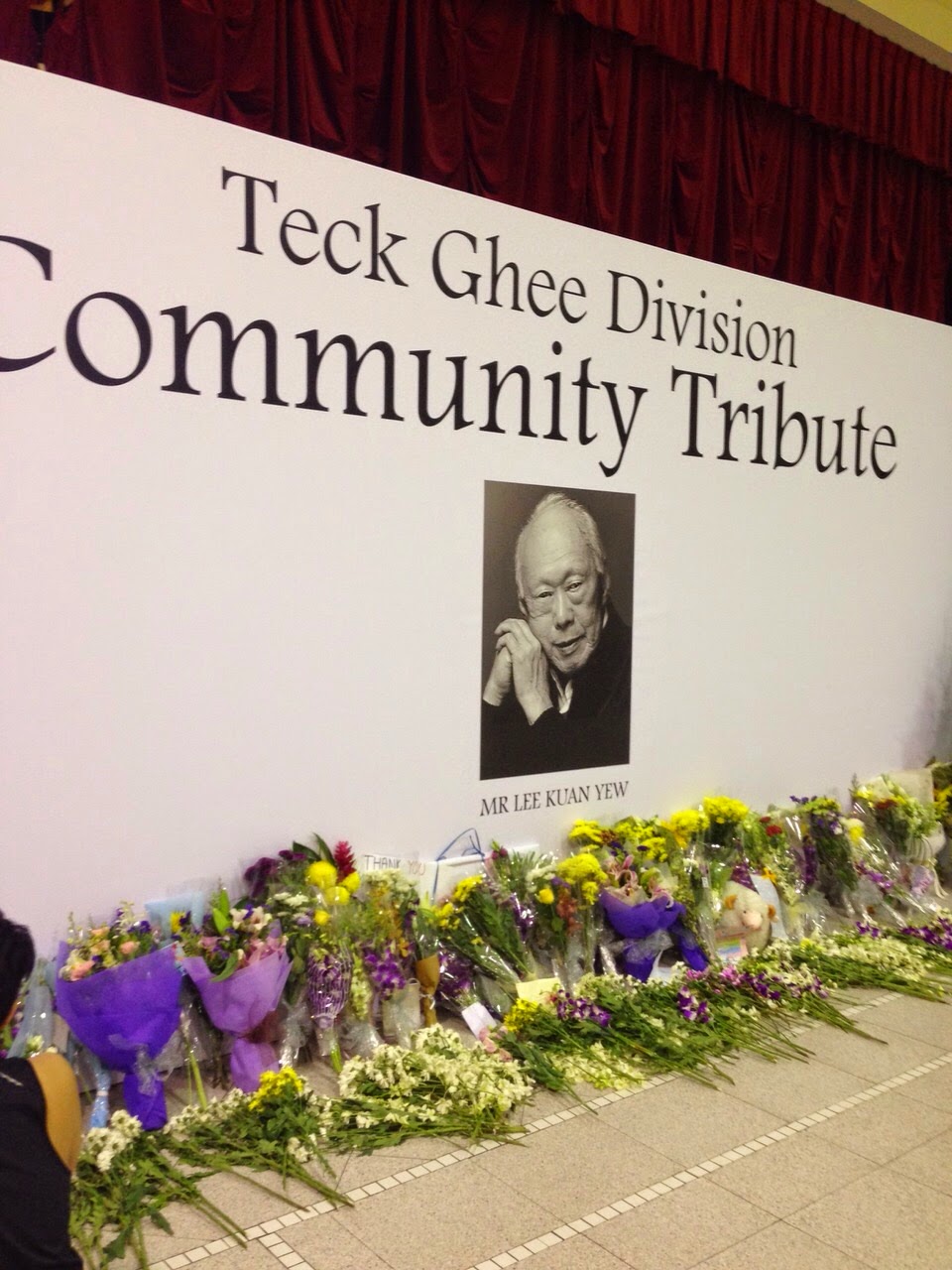 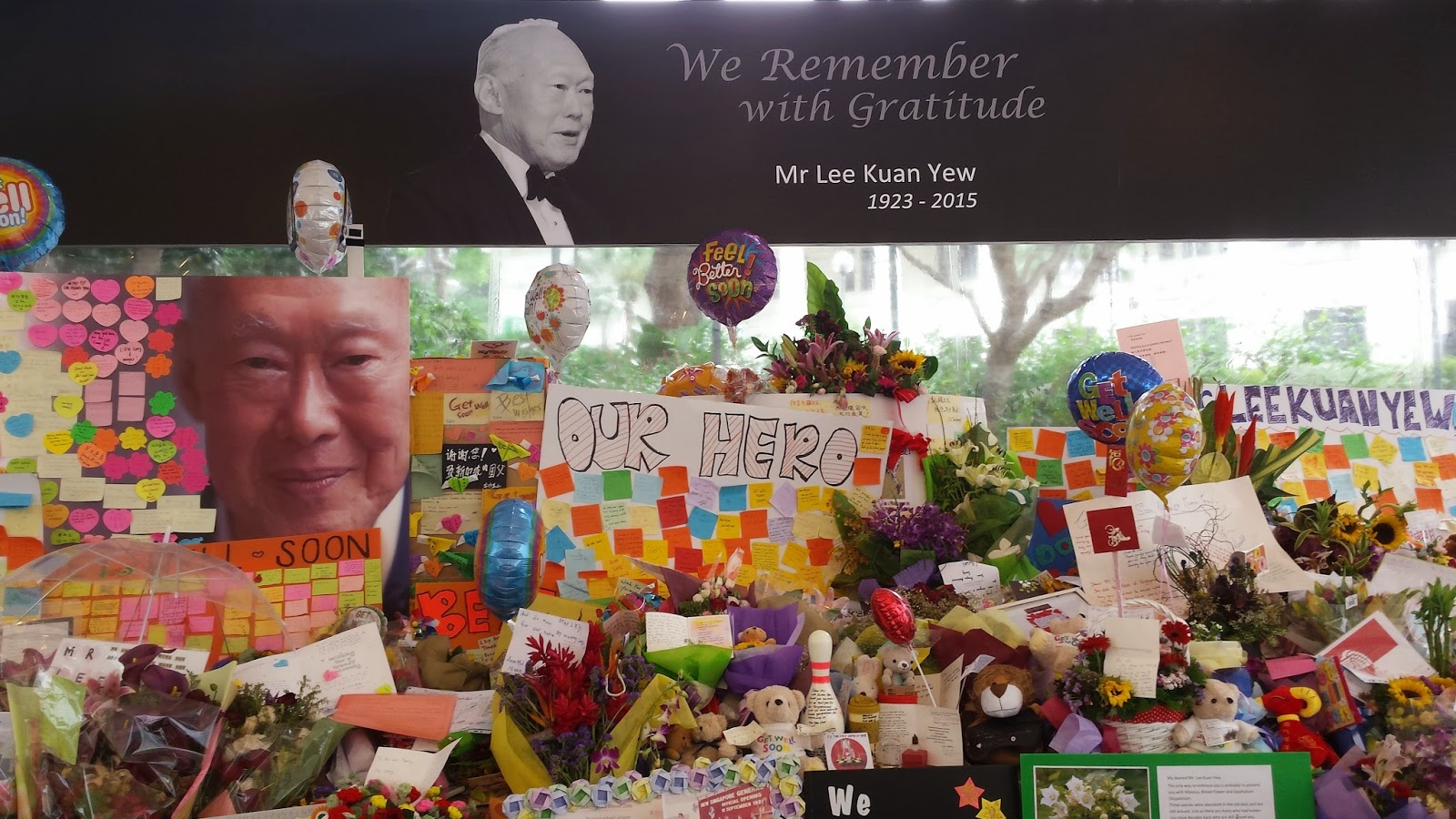 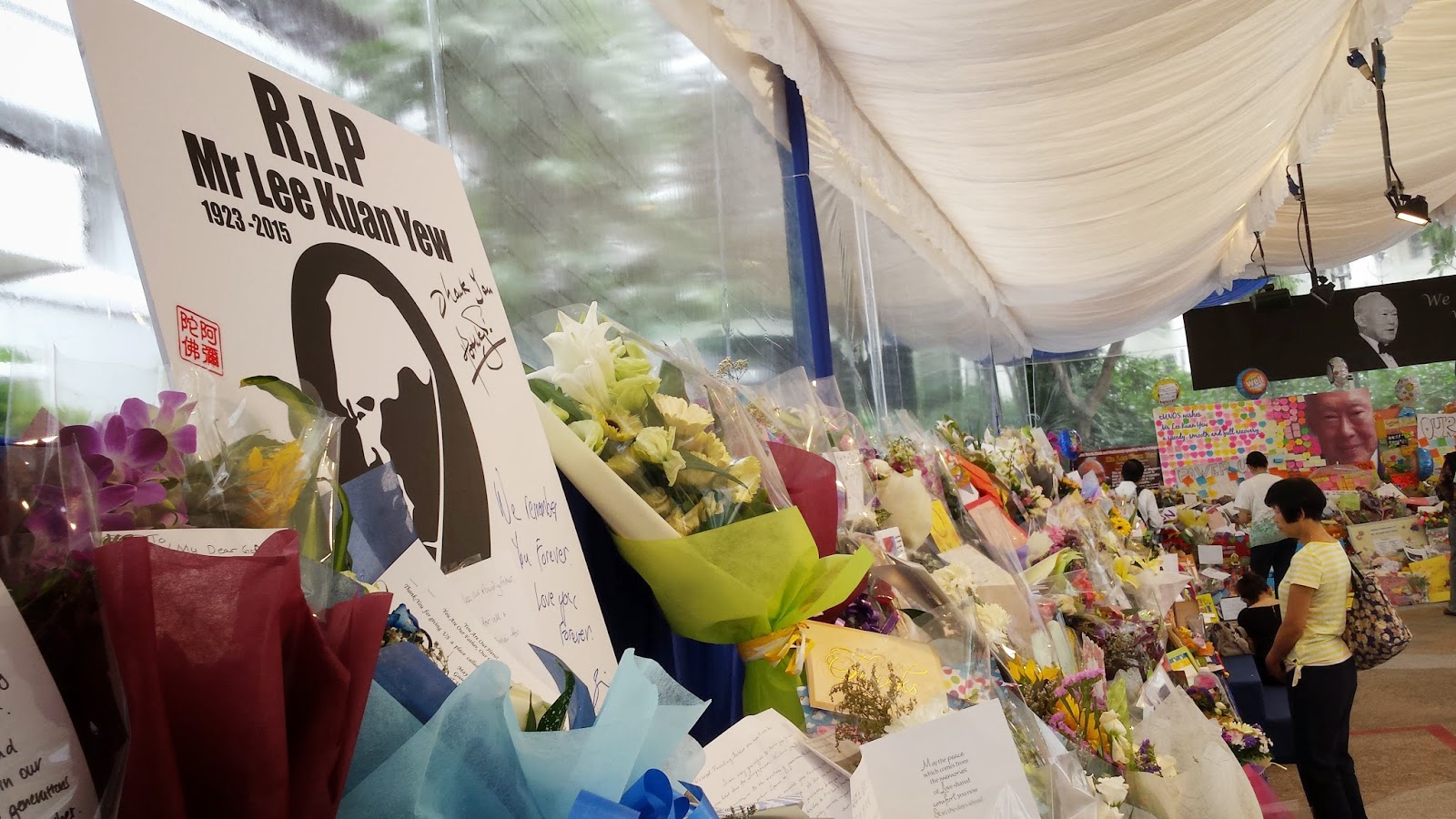 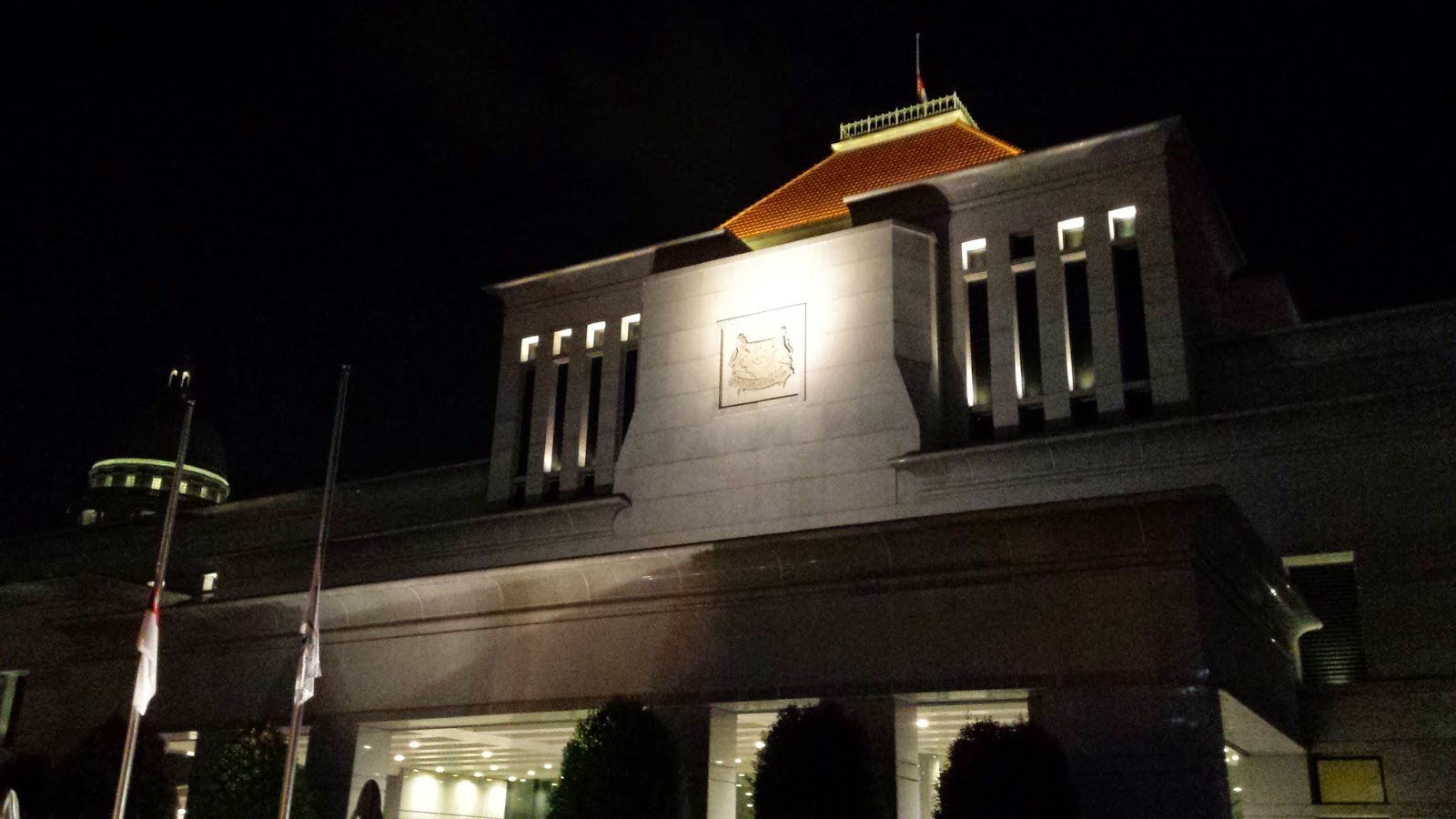 While I went to pay my tributes with BPang, Junwei and Hong Kiat at Teck Ghee CC, I stood in front of his portrait with my eyes closed. 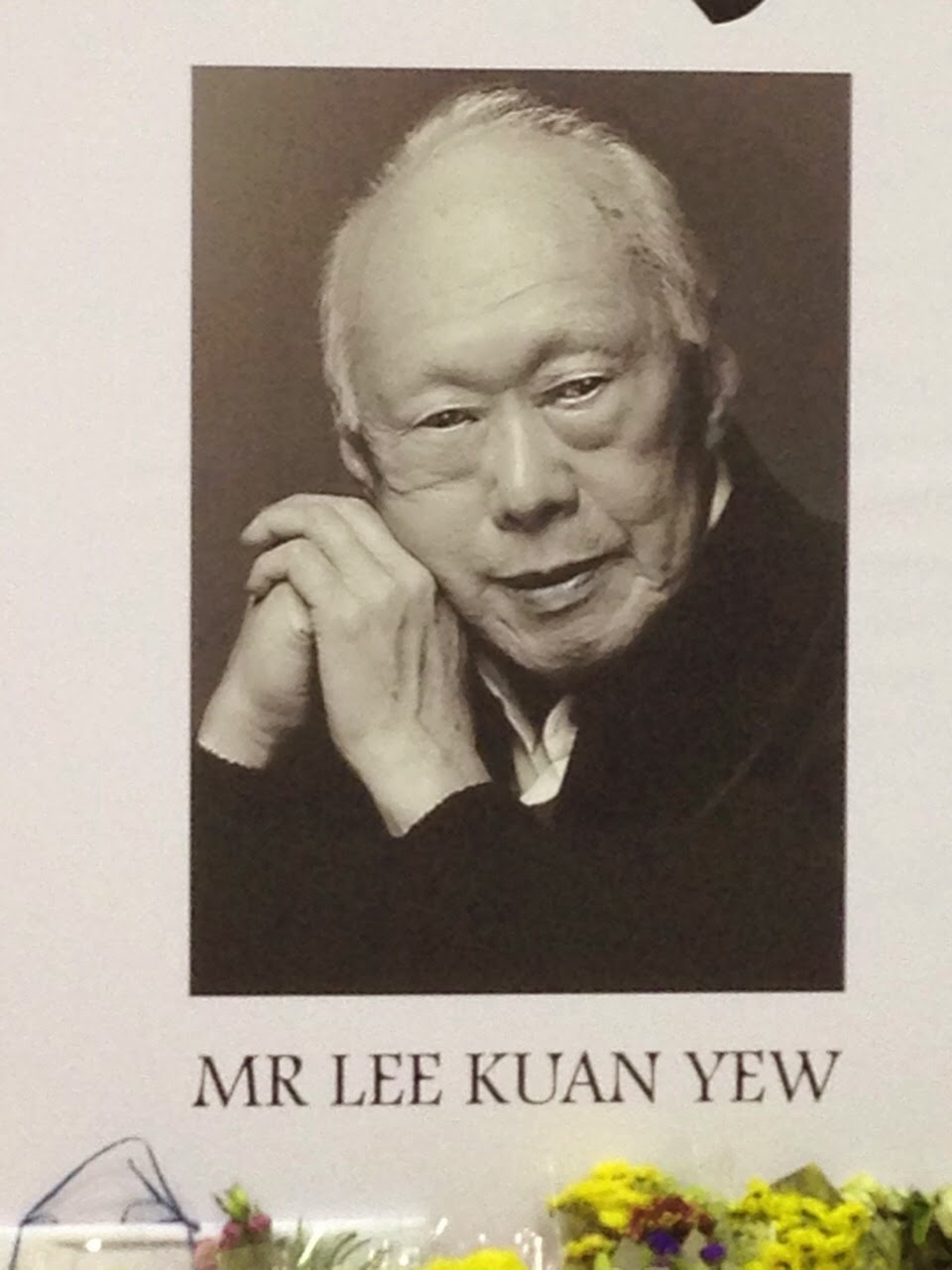 I reflected upon his contributions he offered to the nation. It had not been an easy path. Economic prosperity, education opportunity, inter-racial harmony and happiness among the people. These have been taken for granted easier, especially by the citizens of my generation. Such successes are definitely not acts of coincidences.
In the lyrics of ‘We Are Singapore’,

As this moment, it came to my enlightenment that the sake of the future of our nation and the future generation, we cannot afford to be complacent.

In the words of the late Mr. Lee,

“What I fear is complacency. When things always become better, people tend to want more for less work.”

We have to continue the mindset of determination and assiduous, left behind by Mr. Lee and the pioneer generation of citizens.

It is this mindset that shaped the country, from a ‘back alley’ of the British colony in South-east Asia to the front runner in international affairs, both politically and economically. Being the only country capable of turning its own fortune around, his passing reminds us that that’s not the end of progression. It means, a new chapter begins, today and from this moment onwards.

As I opened my eyes again, Mr. Lee’s face reemerged in my vision again.

I knew, I couldn’t let him down, let alone the previous generations of Singaporeans who had helped build the country.

The first bow: represents my promise to the pioneer generation and Mr. Lee to continue their legacy and to carry forward the status of prosperity and stability of this country. We CANNOT afford to fall backwards. There’s only one direction for us to head, and that is, forward.

The second bow: represents my promise to my generation. We will all work hard, hand in hand, in our respective industries to bring the status of the country higher than it is now. We will all safeguard our national interest at all times, pushing aside personal gains for the progression of the nation.

As I raised up from my final bow, I took a deep breathe, trying to contain my emotions.

I gave him a salute, signifying my highest form of respect given to an individual.

(Image: CNA)
I left, with many thoughts. Thoughts that are provoking yet inspirational.
Despite the demise of Mr. Lee, he brought the country in unity for one last time.
News and ground reports over the past few days depicted many heartbroken and also touching moments where Singaporeans helped one another and showing care to each other.
This is the real Singaporean Spirit.

Students giving out umbrellas at Padang when rain seems imminent during the state wake.
(Image: CNA) Army helping to set up the tents and then to help to clear the venue.
(Image: CNA)

Volunteers, including kids, helped to clear the litters after the queue was closed at 8PM on Saturday.
(Image: CNA) 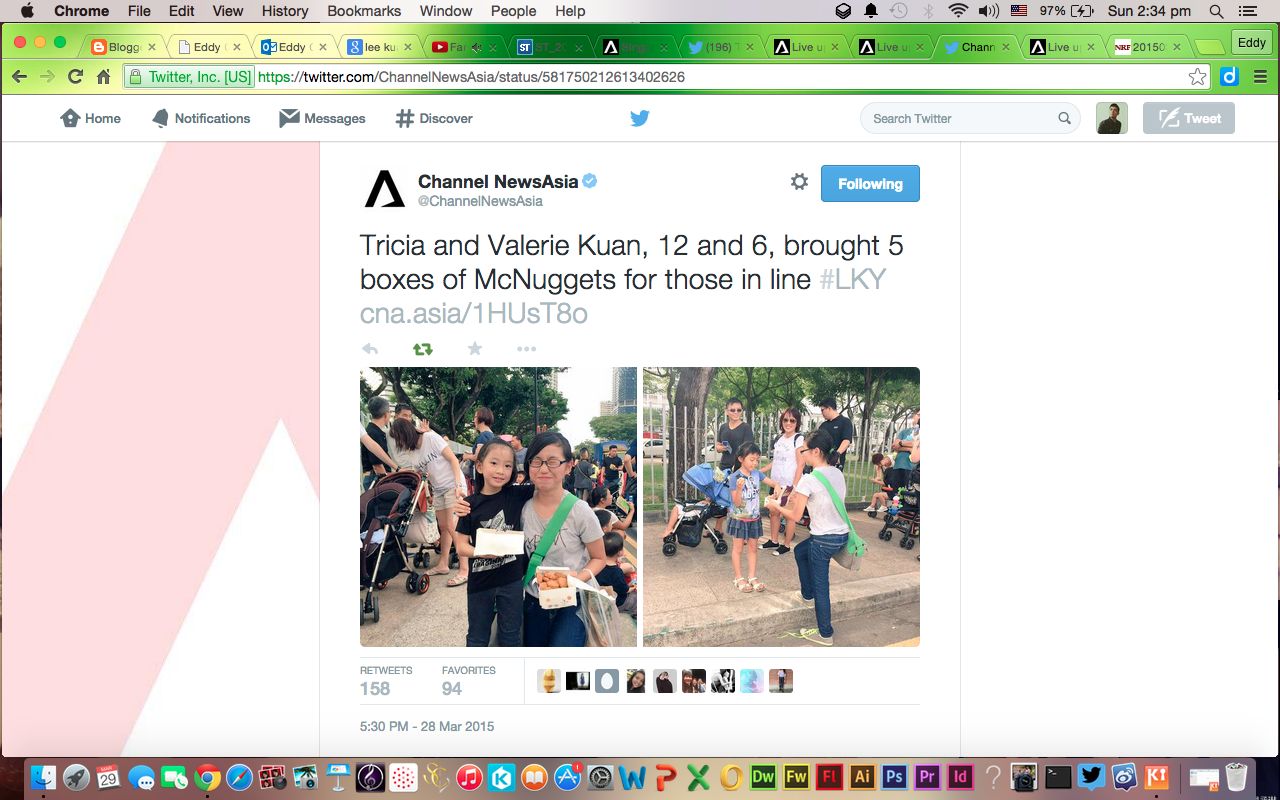 Children buying food and sharing it with the crowds.
(Image: Screenshot from CNA Twitter) 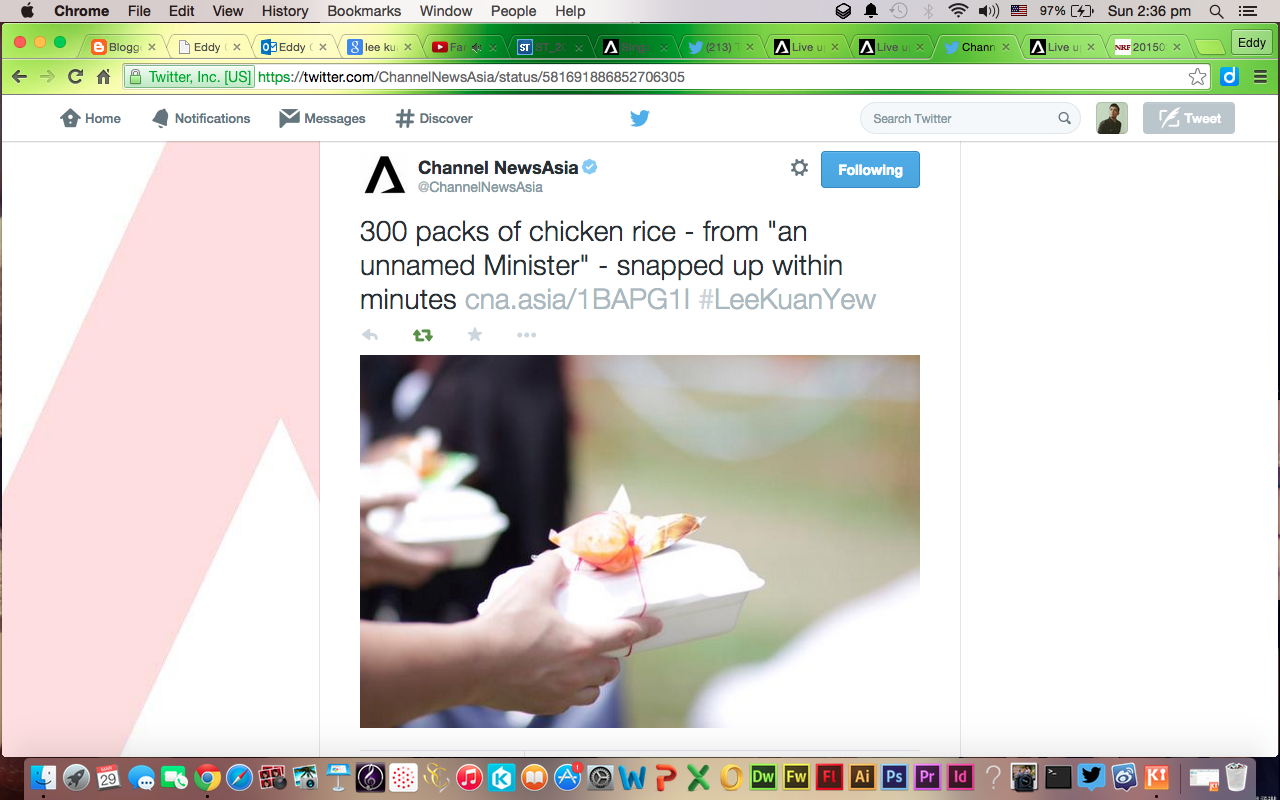 Unnamed Minister bought food for those who were awaiting to pay tribute.
(Image: Screenshot from CNA Twitter) The resilience of the people being portrayed.
(Image: CNA)
It is impossible not to not undermine the impact of Mr. Lee had on everyone of us. He brought us together and we must continue to stay together, like how we portrayed over the past few days.
Rest in Peace, Mr. Lee.

Thank you for all your contributions and do not worry, we will continue your legacy and bring Singapore to a greater heights.

Let us all stand together, regardless of where you are, in silence later at 4pm today to reflect and celebrate his life and successes.