EC in HK: Living outside home for the First Time (Week 1)

Hey guys, I am finally back after a month or so of absence on this blog. It has been a rather hectic month for me because I had to travel with my coursemates to Hong Kong for this Overseas Media Exposure (OME) trip for an immersion programme.

Of course, that’s not all. We had to work on our integrated project while we were there. Running from place to place, rushing against the time and tiring ourselves out just to do interviews and research gathering for the project.

But putting the dreadful part of the trip apart, we did have a good time there nevertheless.

We left Singapore in the wee hours of 3rd July. It was freaking 6am and I was just trying to make sure that I was wide awake to prevent myself from following the wrong group of people onto the wrong flight (Actually, I don’t think that’s even possible though).

For a person like me who haven’t been on a flight since I was a year old, talking an airplane suddenly seems like a fascinating idea to me. I mean hey, I don’t remember seeing how an interior of an airplane look like with my own eyes. I didn’t know what to expect inside a flight.

But then, everything becomes sort of normal once I was on the flight – apart from the chatterings from the kids because they are so excited to see the take off from the inside.

Not long after we took off for Hong Kong, breakfast was served. Look, that’s another mandatory cup of coffee for me to make sure I can last till the end of the day.

You bet I was so delighted when I realised they have “London Has Fallen” – one of my favourite movies of all time.

But then again, watching planes getting blown off when you yourself were on a plane makes people think that you are freaking sadistic. Just ask Yee Tong and Zefang – the two ladies who seemed rather unfortunate to be seating alongside me. HAHAHA 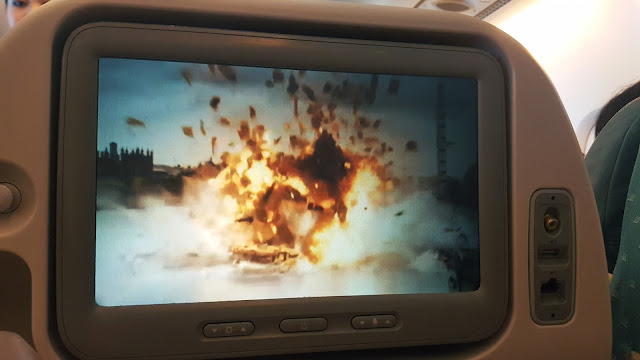 “London Has Fallen” lasted 1hr 30mins+, which means we were somewhere in the middle of our journey when it ended. That means that I have basically nothing else to do – I was kind of tired from all sticking my eyeballs onto the screen.

It’s time for some reading and yeah, classics. 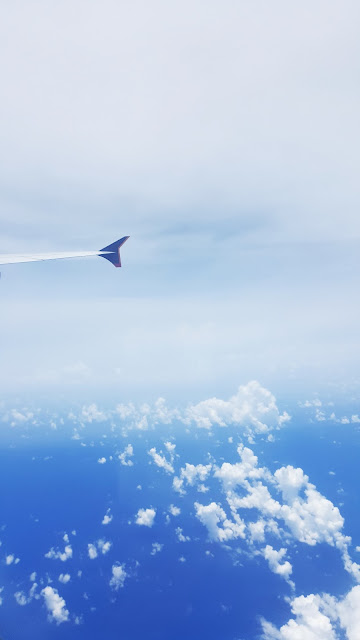 It took us about 4 hours before we finally arrived in Hong Kong.

This marked my first time stepping into East Asia. Although it’s like located in the Northern Hemisphere, yet the weather is so much like Singapore’s. 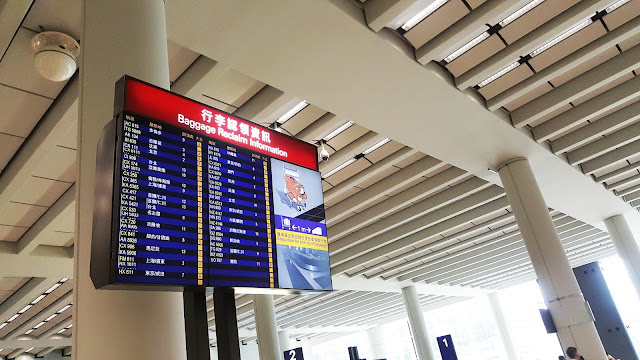 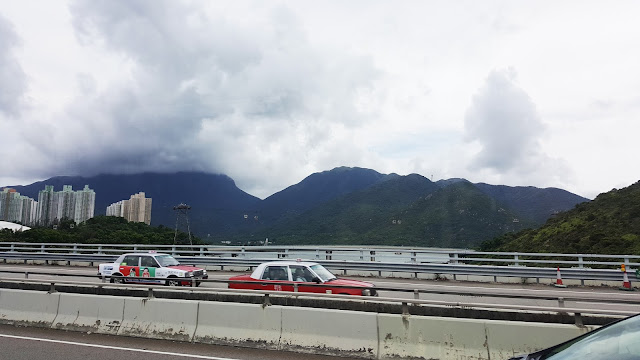 We took a bus ride from the airport to Hong Kong Baptist University (HKBU), located in Kowloon Tong.

I swear Hong Kong is a city build upon mountains and hills. Along the way there, I was presented with the ‘hilly’ skyline of Hong Kong. Thank goodness these aren’t volcanos. 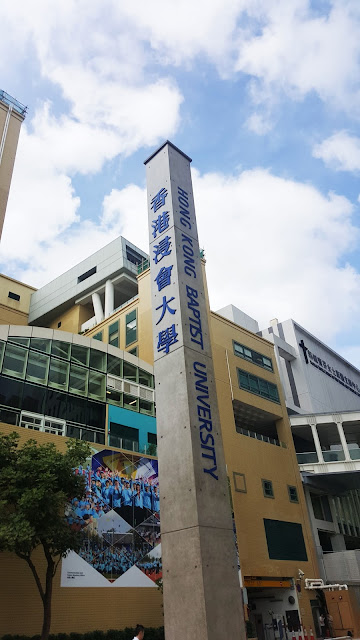 After half an hour of bus ride, we finally reached our destination. We took some time to check in into our rooms. Jonathan and I shared the same room and it was the start of hell bonding time in the next 14 days…

Since it’s the first day there, my group members for the integrated project (Peiyi, Yan Ting and Yoke Yeng) and I decided to explore a bit. HKBU is located within walking distance (I know some people ain’t going to agree with me on this one) from Lok Fu Plaza and Lok Fu MTR Station. 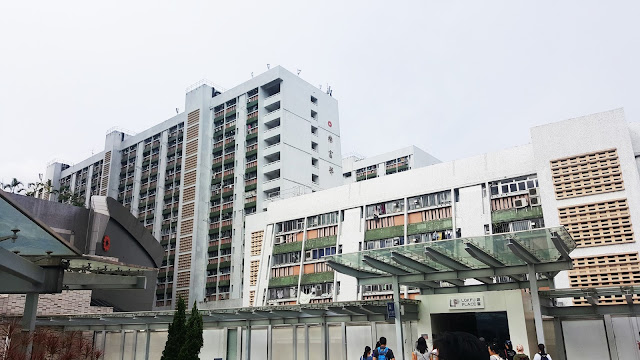 After which, we went down to Mong Kok to take a look at one of the more happening night scene in Hong Kong. 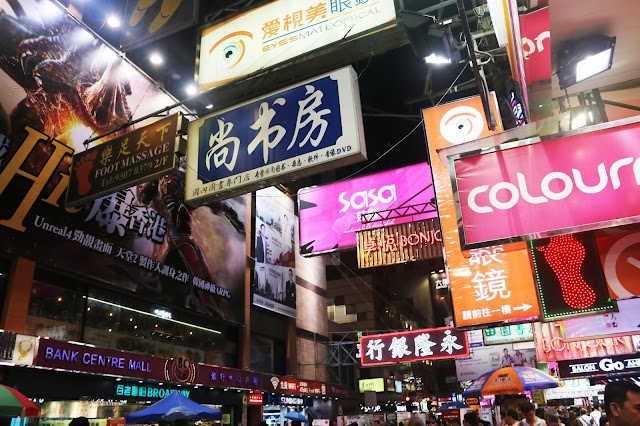 On the second day (4th July), after our morning lesson, there was a school tour conducted for us. We managed to tour around the School of Communications and the Film Academy housed within HKBU. 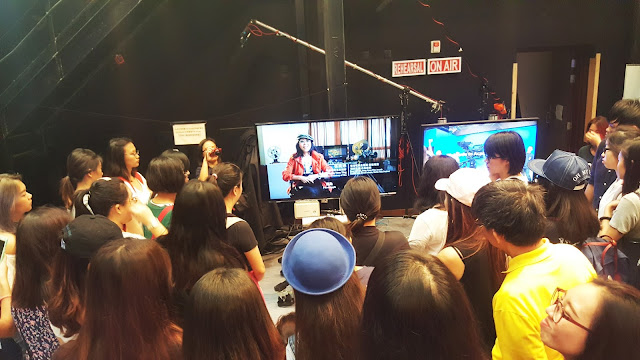 We were exposed to such professional studio setup – It’s really rare to be seeing it a campus. Although I think NP’s FMS have something similar to this. Everyone was so fascinated by the setup, me alike. 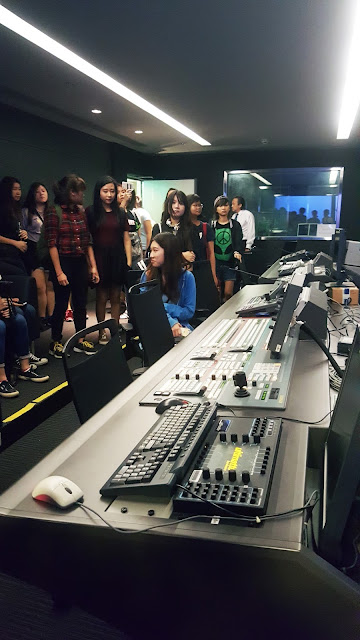 The control room seems reminded me about the one we’ve seen when we were at Singapore Media Academy. The only difference is that the location of this control room is located above the studio and out directly outside the studio. This, therefore, makes communication between the producer and line producer more crucial. 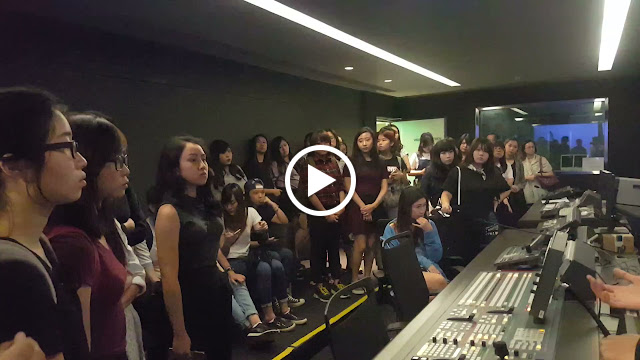 Over the next few days of the week, apart from having lessons, all of us were occupied with our respective project interviews.

My group and I stayed in campus to conduct interviews with the lecturers in HKBU. 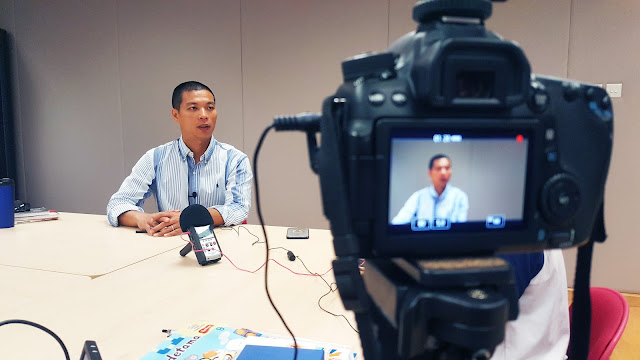 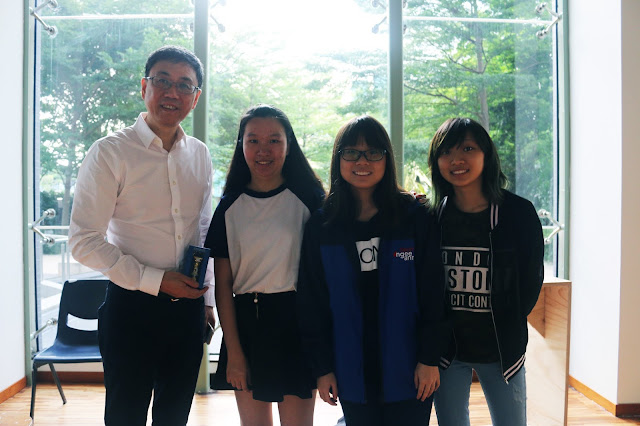 Apart from interviews, we also have to head out to capture some shots that I could use when I was editing our videos in the following weeks to come. 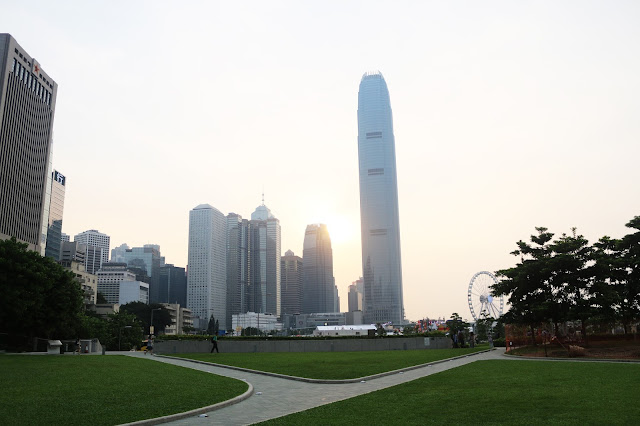 Of course this gave us a chance to admire the sunset from Admiralty, with the sun setting behind those skyscrapers and the ferris wheel. 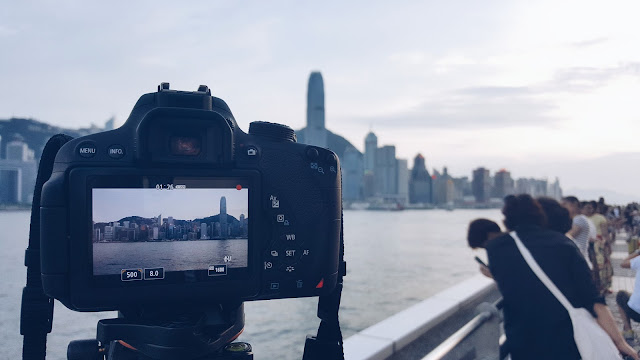 Since we were all in Hong Kong, I should also talk about the food there too! Hong Kong’s food culture is widely admired and many comes to Hong Kong just to have a taste of their food. Although I was quite shag with all the assignments and so, I managed to have some hearty meals to provide me with enough energy to survive the day.

As long as we were having project days – meaning that whenever we don’t have lessons and the entire day was being dedicated for us to work on whatever we need to work on for our project – we would be having our breakfast and meals outside.

I just kind of realised I had macaroni with toast, alongside a cup of coffee for breakfast most of the time. Most likely is that I was tired of having instant cereal for breakfast and needed something better for my taste bud. 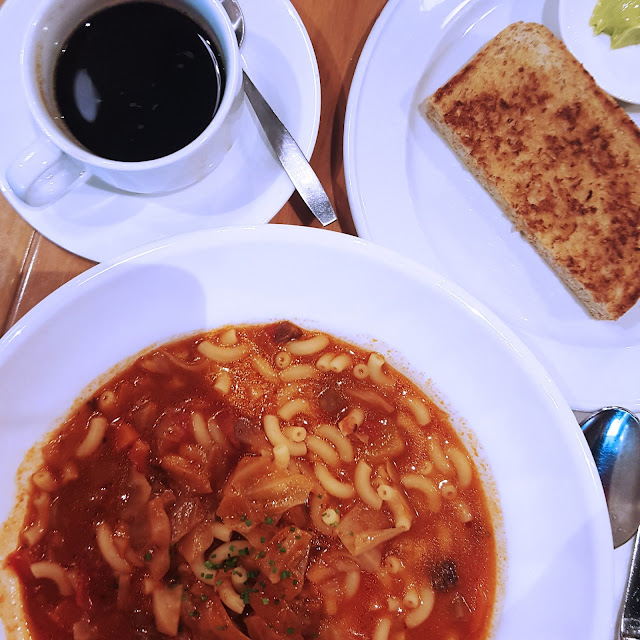 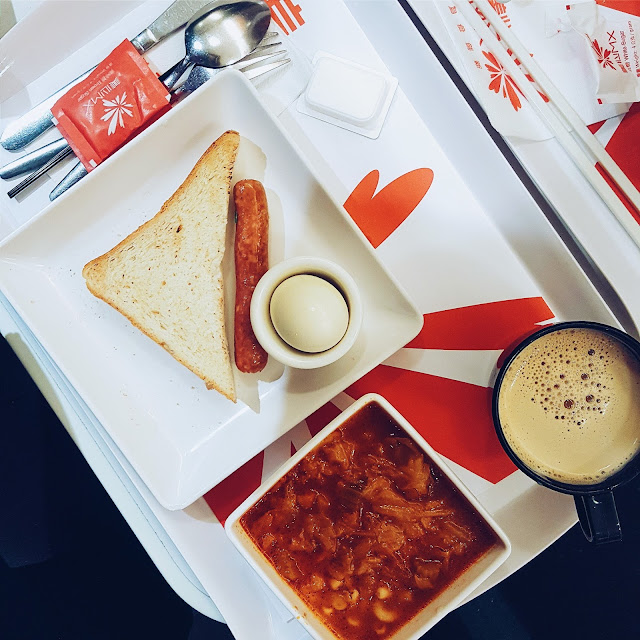 Ok! That’s in for this post! I’ll be posting a few more posts about my trip to HK over the next few days!

P.S.: I am now on Dayre too! So do check out (and please follow!) my Dayre: https://dayre.me/theeddychua for more interesting stories. I’ll definitely update more frequently there since it’s so mobile. HEHE ^^