Whoever who is reading this might have question why the title of this post is in Chinese. So, before I continue with this post, allow myself to make an explanation. This is a song lyrics, and it can’t possibly change in into English.

I mean, it will be weird. xoxo
(Video: Youtube)
It’s a lyrics from this song called 《洋蔥》, or ‘Onion’ (See, it doesn’t make sense once I changed it into English). And why did I use this portion of this song as my title? Because it somewhat becomes my class’s anthem. Ever since Susien laoshi showed us the song during lesson, and Meihong started singing the song continuously, everyone started singing it.
如果你願意一層一層一層地剝開我的心～～～
So… Since I put a song lyrics as my heading… Which means… This is gonna be a blog post about KTV!!!
Initially, we don’t have lesson today but then we had to go back for Deming laoshi’s Speech & Presentation make-up class from 9am to 11am. After that, we decided to go to Singapore Poly (SP) to have lunch before heading down to Nanyang Technological University (NTU)’s Alumni Club’s Teoheng to sing! WOOHOO!
While at SP having lunch, I messaged my two good friends who were studying there, Adam and Wanlin, telling them I am in their school and they can come and see me if they want to. HEHE. 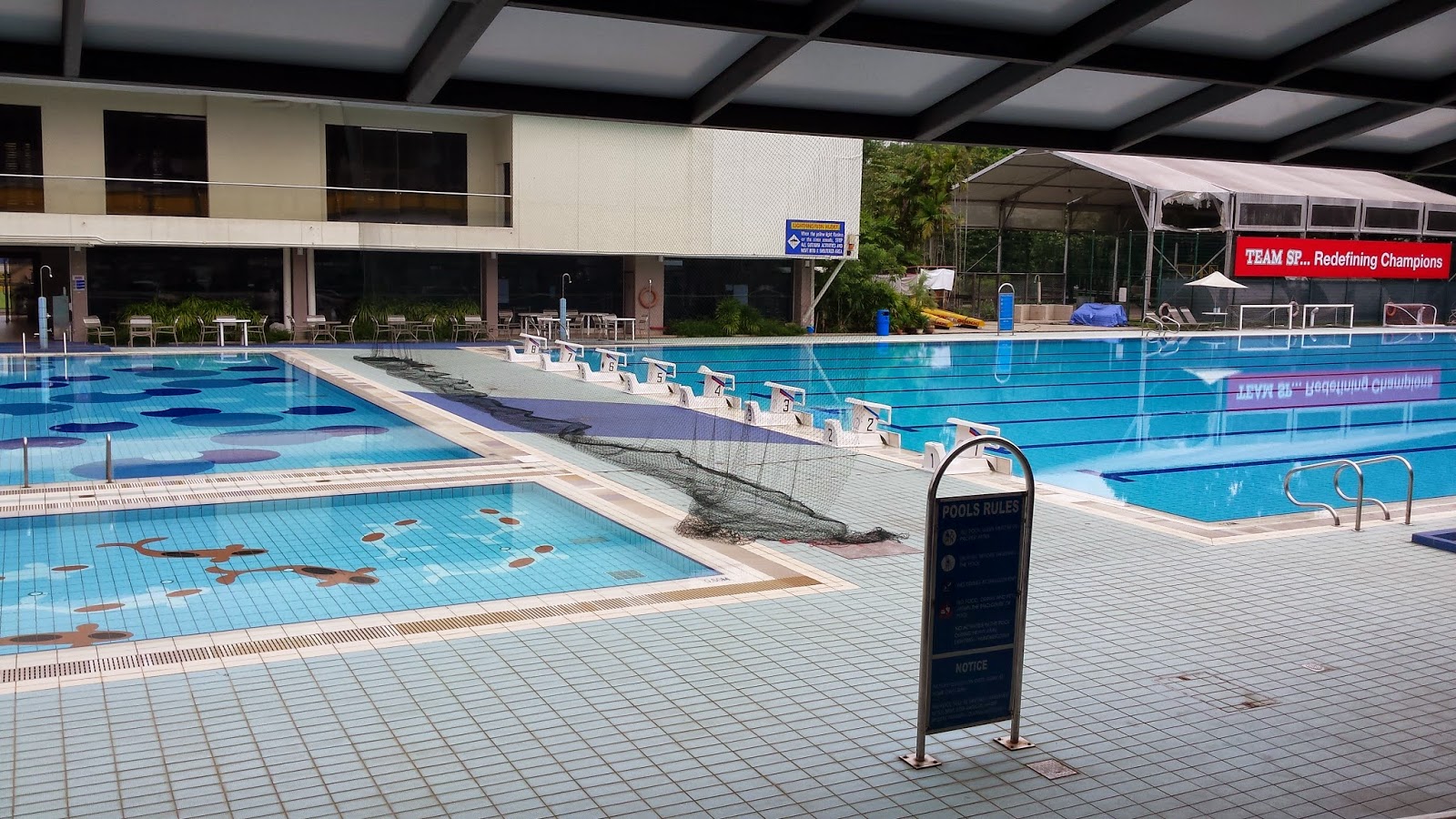 I sent them this picture to give them a hint of where I was at.
Then… Both of them were too far away from where I was at (Yes, not exaggerating but SP is really THAT big :P). So they cannot come and find me. HAHAHA. I feeling so sad la. 😛
After lunch, we headed down to Teoheng. And I don’t want to mention how we even overcome that hill to reach our destination. :’D
Initially, Bao Yun was not with us but then… 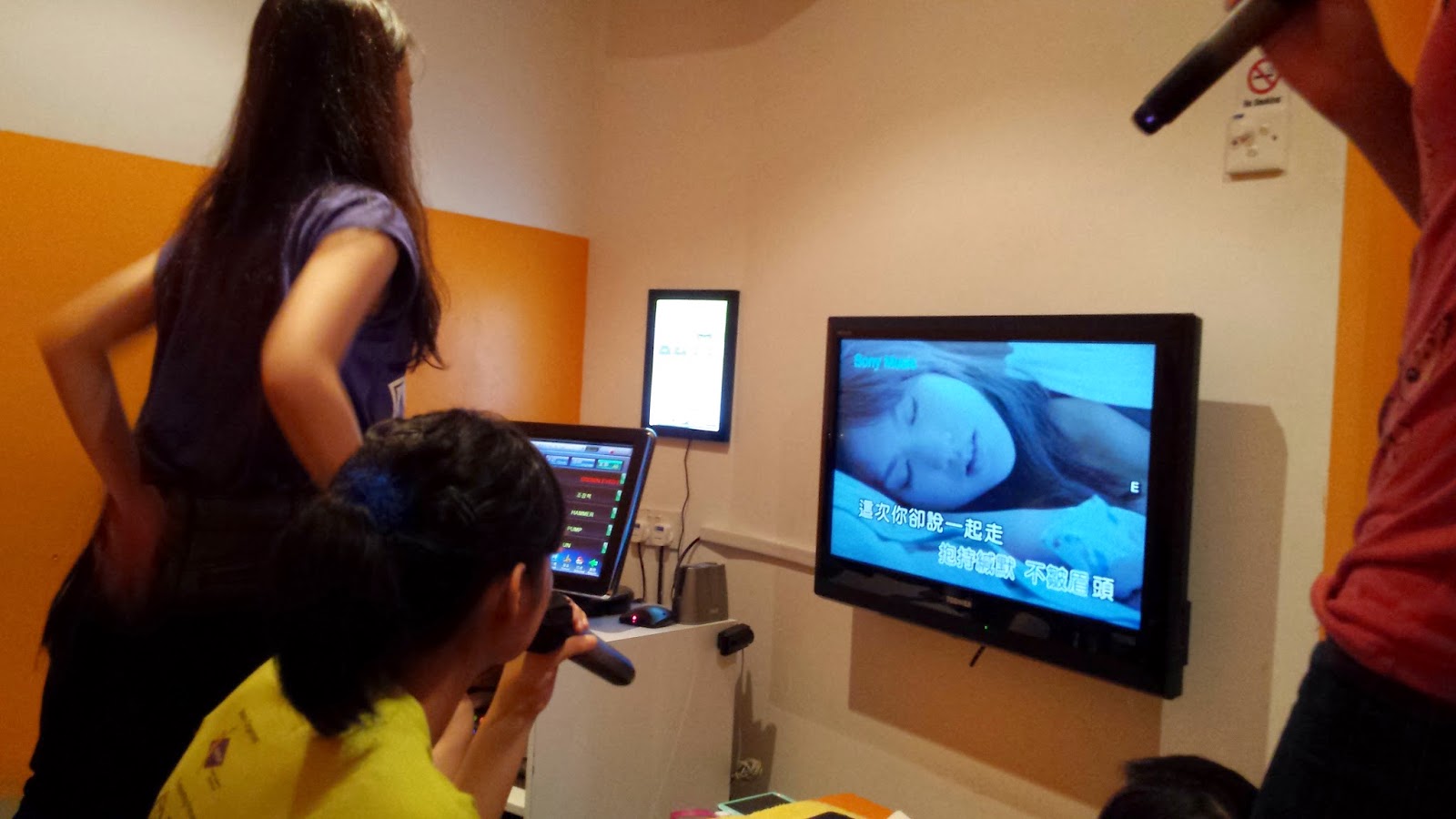 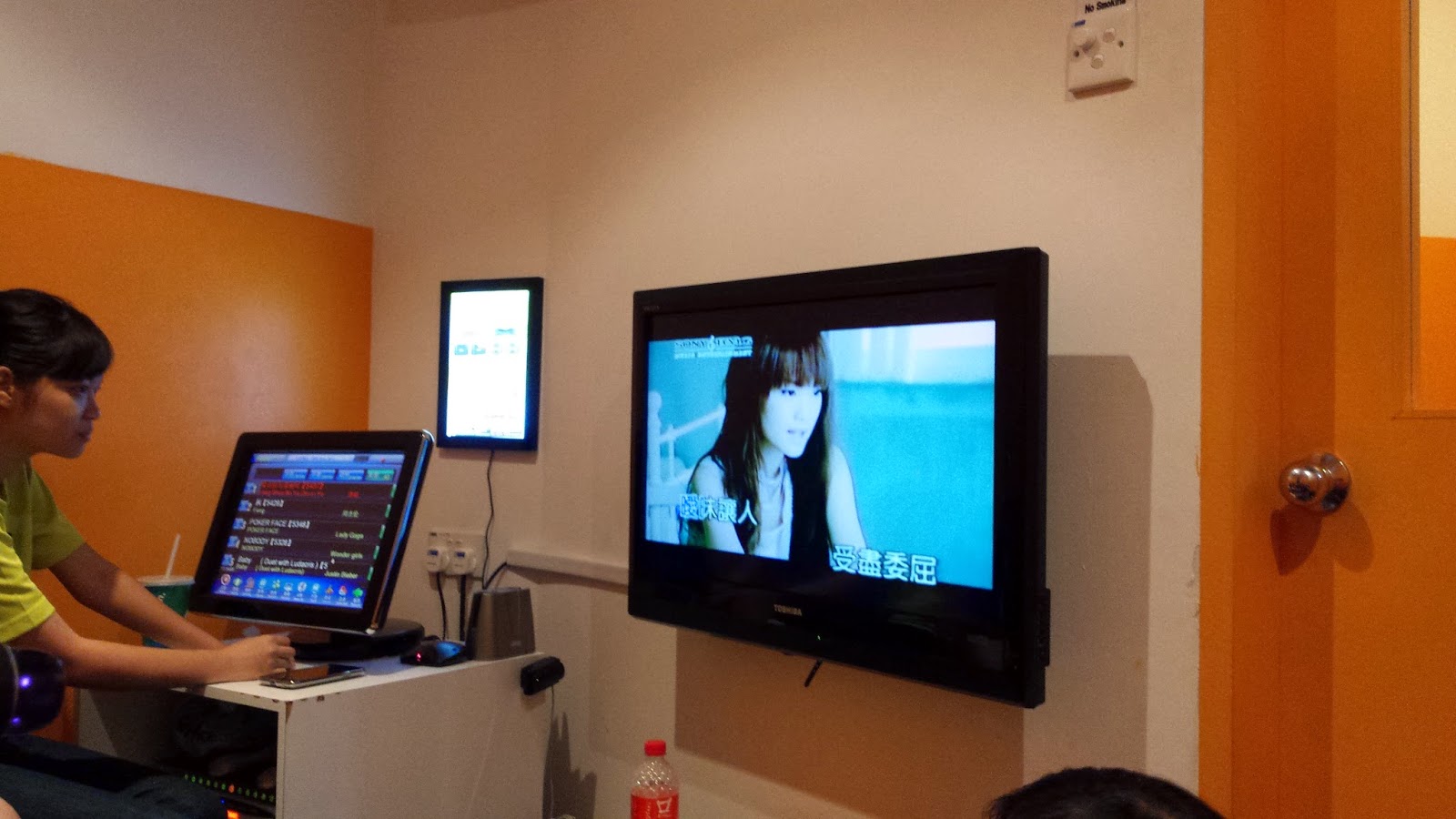 I used Rainie Yang to lure her all the way from East Coast. Poor Baoyun had to take a cab down to join us, but we made sure that fun was guaranteed!
I must admit that Baoyun and Meihong are both very good singers, I mean, I can just sit back and relax and enjoy them singing the whole day. Hehe. Talents! 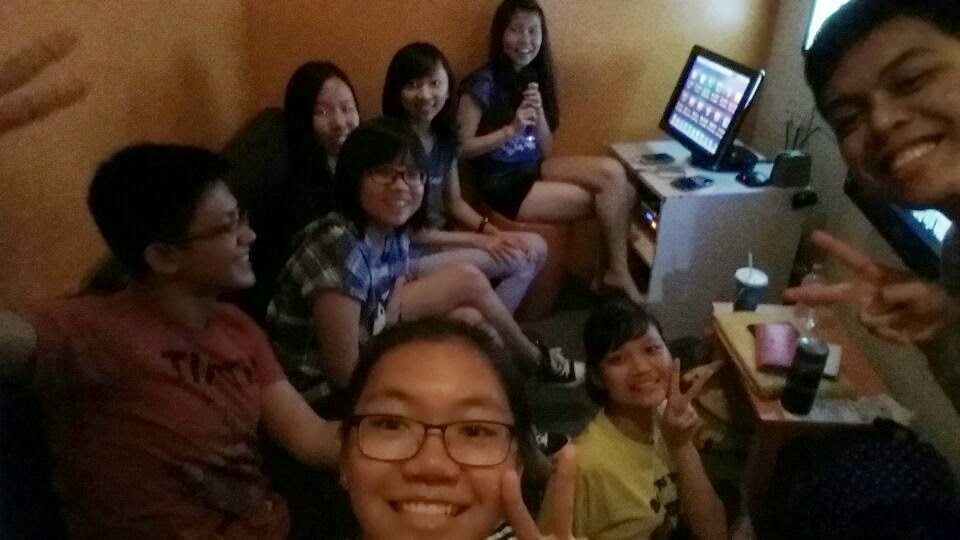 A selfie by Baoyun with the rest of us.
(On the sofa from front to back: Baoyun, Jonathan, Peiyi, Huiqi, Yoke Yeng, Meihong.
On the floor: Rebecca)
While I tried to appear at some top right hand corner of the picture. Hehe. ^^ 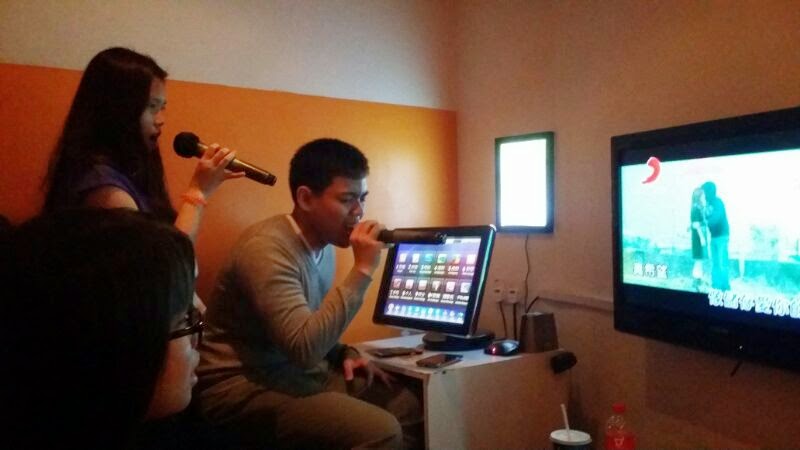 Jonathan told Baoyun to take this picture because I was too dramatic. Oops. :O 😀 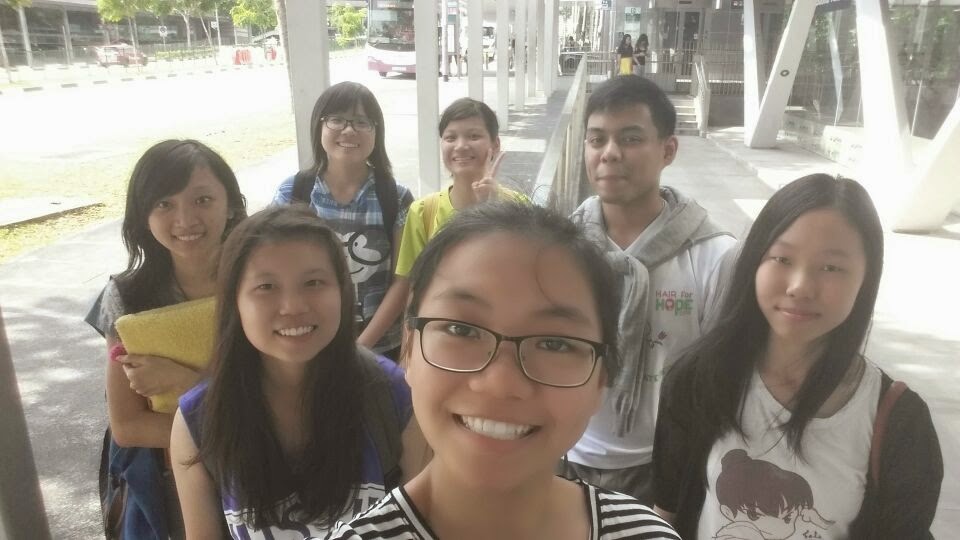 A group selfie again before we parted ways outside Buona Vista MRT Station. Jonathan wasn’t in here because he left early due to some commitment.
Definitely a good outing with the class despite only 8/15 people there. Hope that we will have a full class outing soon! YAY!