It’s already close to two month since CNY – time flies doesn’t it? Earlier in the year, I wrote on my Dayre that I aimed to write at least 4 blog post per month from February onwards. But then, I failed myself. I didn’t have time to sit down and complete all those drafts that had been rotting in my account. Although I am still able to post on Dayre almost everyday – cramming my thoughts into a post within the last 15 minutes of the day – witness how much of a procrastinator I am?

Since it’s already March, I think I need to do something to keep this blog going.

Initially, I had three separate posts about this year’s CNY but I think I am getting too lazy – is that a signal that I am aging prematurely? I shall just combine them into an omnibus edition and just fill them up merely with pictures.

Day 2 of CNY – 29/1
As per tradition, my family and I went to my aunt’s house for a mini gathering before heading out for a family outing – with just the three of us.

Ever since the passing of my maternal grandfather roughly 8 years back, our CNY becomes much simple. There was no more large gathering over at the old house, no more staring sessions with the dog, no more wandering around the Venus entrance of the MacRitchie Nature Trail. It is kind of funny that how much I used to dread traveling to grandpa’s house when I was young. Probably one reason was that my maternal family is really large. The moment as I stepped into the gates, I had to hide behind my mum before being greeted by 20 over people – some of them I hardly recognise. Fair enough, I get a lot of ang bao because of that, but it was kind of intimidating coming face to face with so many people.

Despite that, I have to count my blessing that I have never yet faced any questioning regarding my future plans – a problem that most Singaporean youngsters face during the festive season. Probably I was still quite young back then. I did not have any plans other than trying to complete my PSLE and grow up.

Anyway, fast forward 8 years, it becomes just a small gathering where we will have a simple lunch over at my aunt’s house, just a few streets across from where I stay. 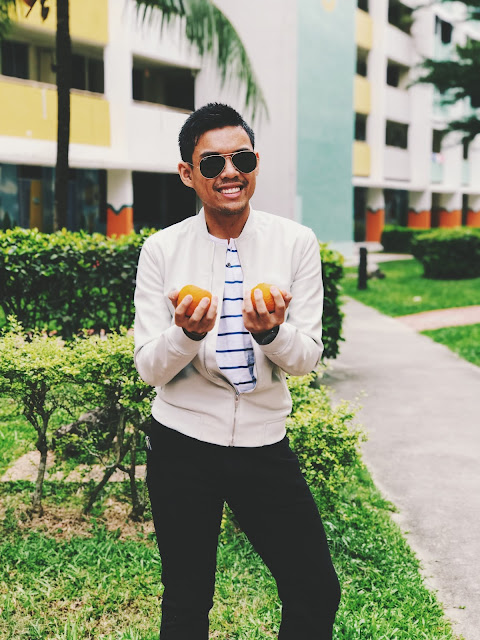 Of course, I need my annual OOTD – something that all of us started becoming frenzy about since Instagram appears in our life. After the gathering, we decided to head to Gardens by the Day – for the second consecutive year – to see the spring flowers.

We obviously took a lot of photos at Marina Bay Sands, on the way to our destination. 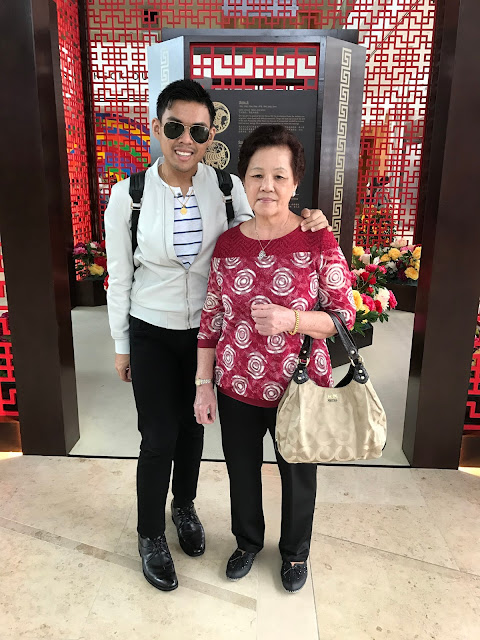 My mum and I – Her attire just fits the entire mood of the festival. 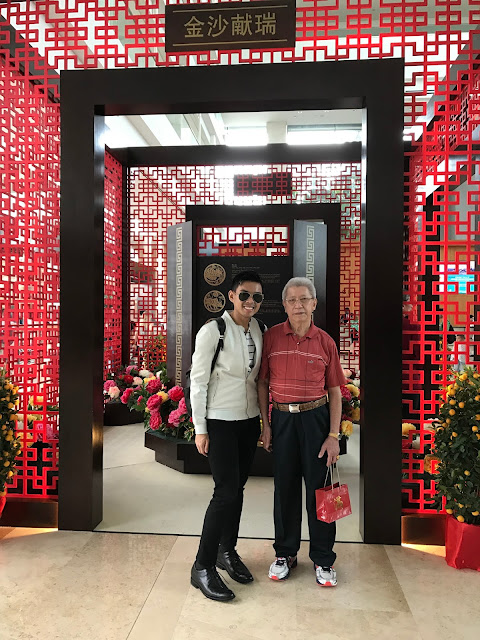 My dad and I.
As my parents seldom have photos together because we seldom go out as a family together due to work and my parents’ knee problems, I find that there is a need to help them take more shots together during the trip. 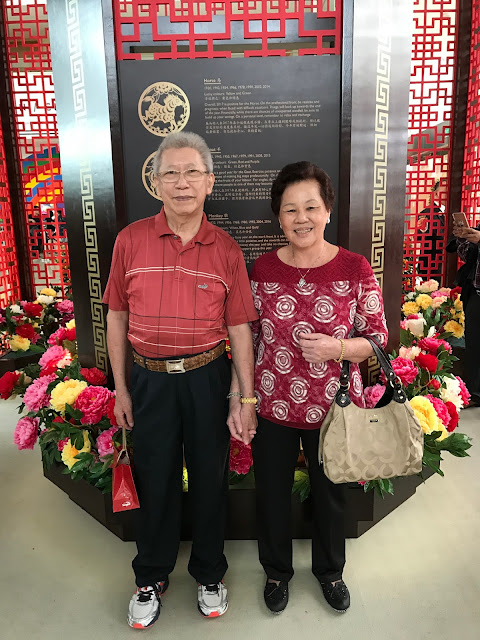 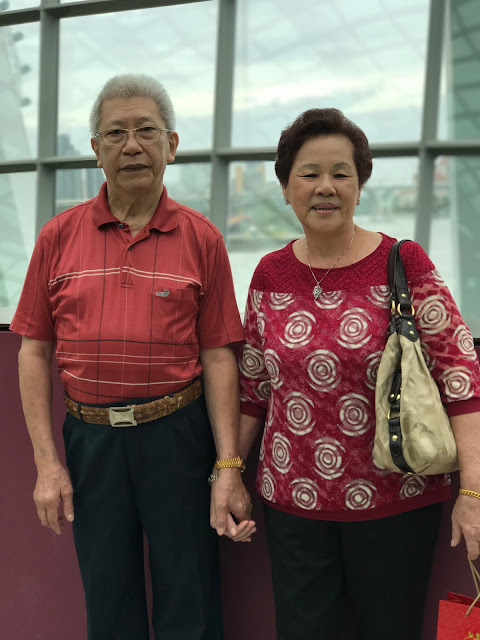 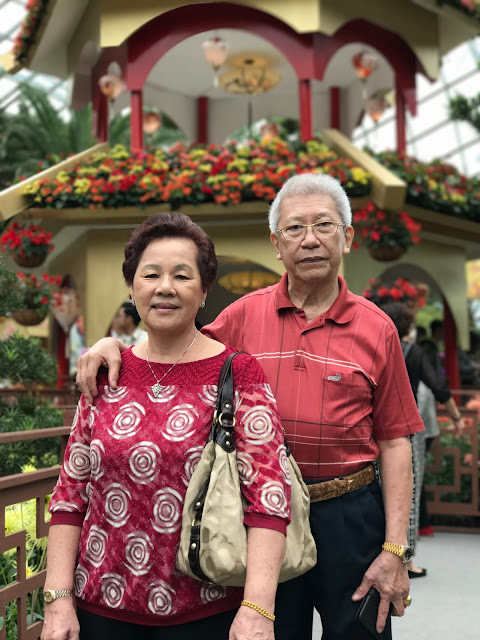 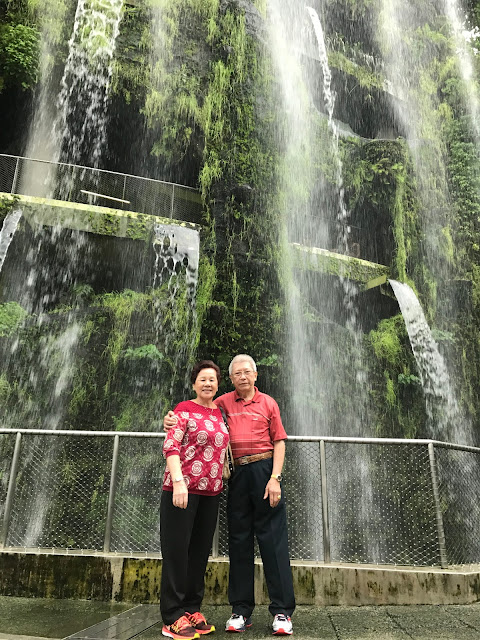 It’s the duty of a son to make sure they have a lot of memories throughout their years of marriage captured and archived. THEY LOOK SO GOOD TOGETHER!
The flower exhibits at both of the domes in Garden by the Bay for this year’s Chinese New Year looks similar to the one we saw last year – I mean spring flowers doesn’t change overnight, it’s always that same old species of flowers that will bloom during this period of the year. 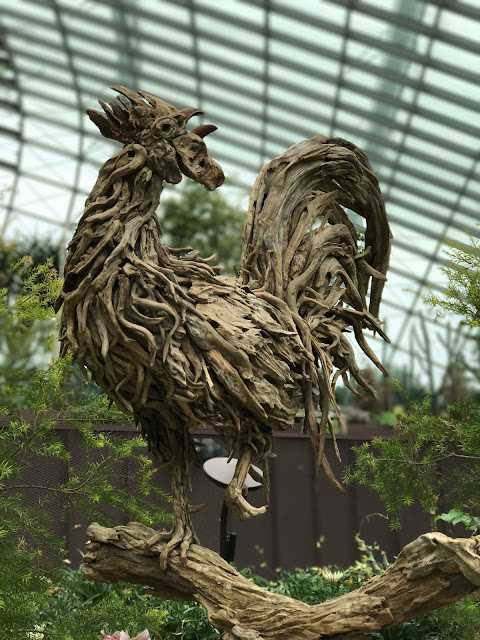 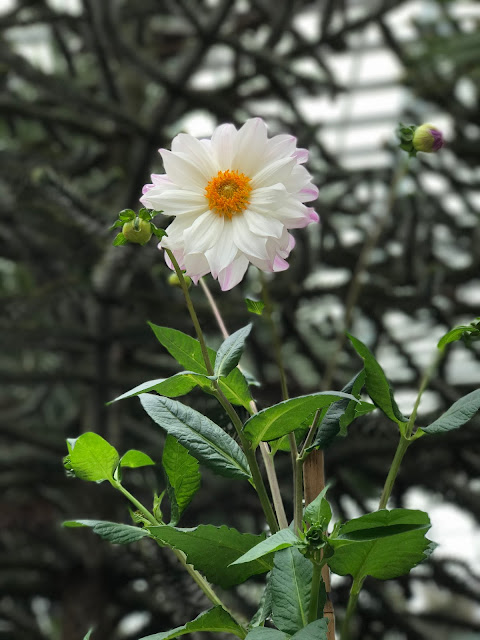 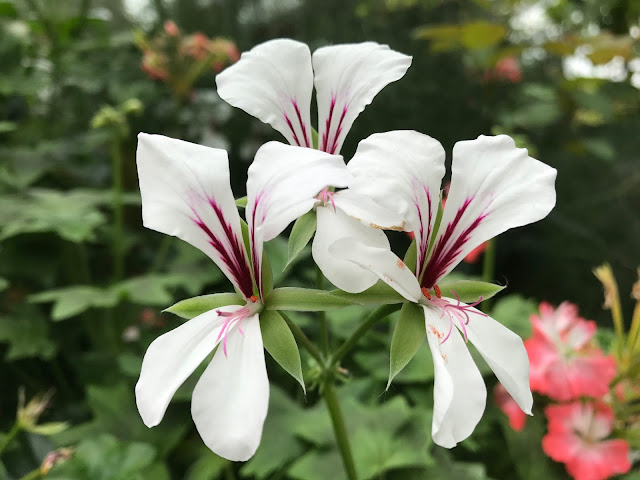 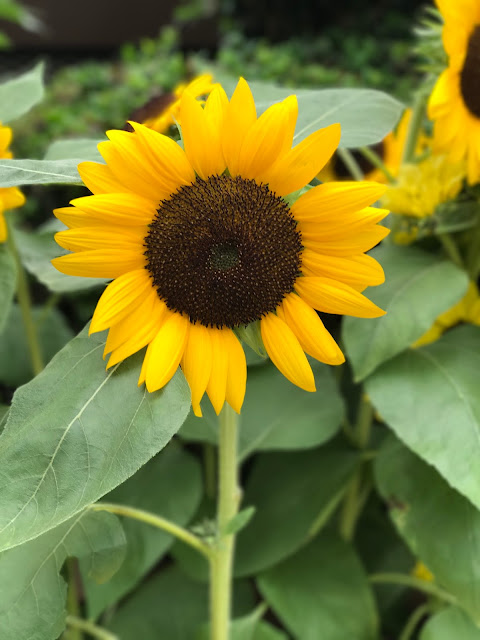 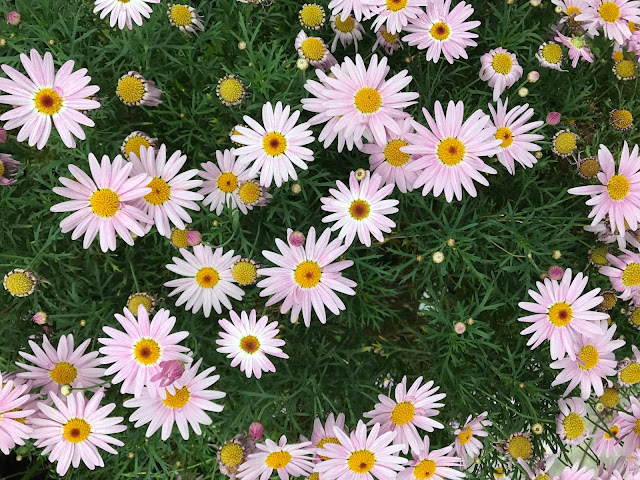 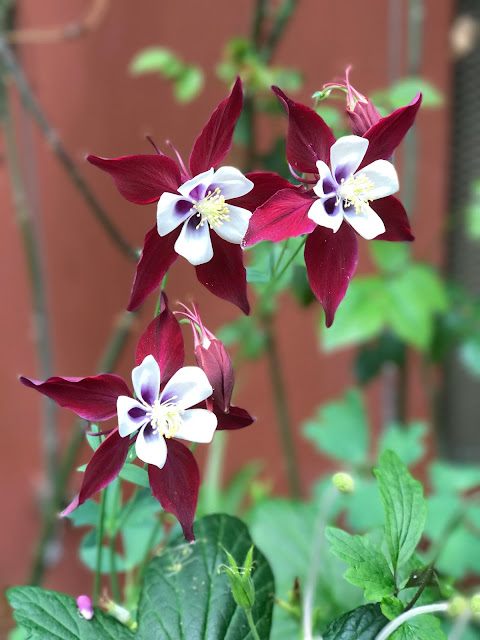 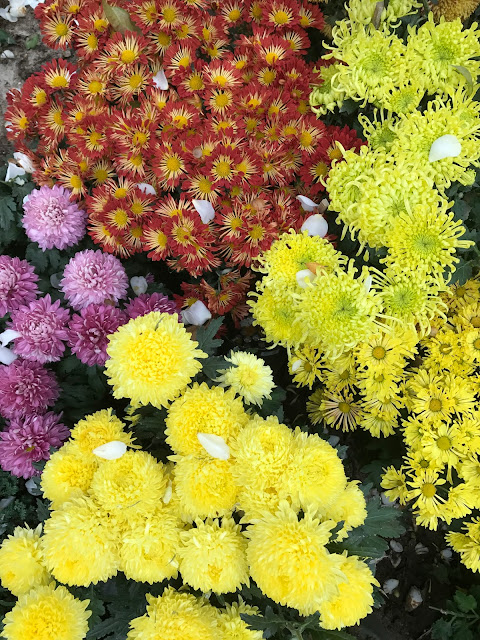 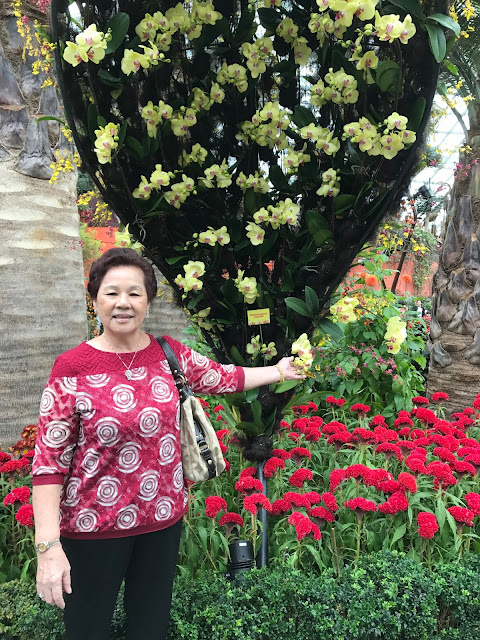 Day 4 of CNY –  31/1
On the 4th day of CNY, my family and I went down to Chinatown – after all the CNY hype was gone. Chinatown on the 4th day of CNY is still as crowded (like what else can one expect of the tourist destination?) Everyone was there either to have a walk before the end of their holiday or to take this opportunity to taste the delicacies Chinatown has to offer.

Home to two of the Michelin-starred stalls, Chinatown is no doubt the ‘food heaven’ for both Singaporeans and tourists alike.

We didn’t have the chance to patronise the two Michelin-starred stalls because we were lazy to queue up that long for food so we looked for other alternatives.

There are a lot of soya sauce chicken stalls in Chinatown Complex alone, so we were definitely spoilt of choices. We settled for Ma Li Ya Virgin Chicken and a big plate of lohei from Zhen Jie Facai Yusheng. A bit too much for just the three of us but well, it was CNY period and I was serving my cheat week. 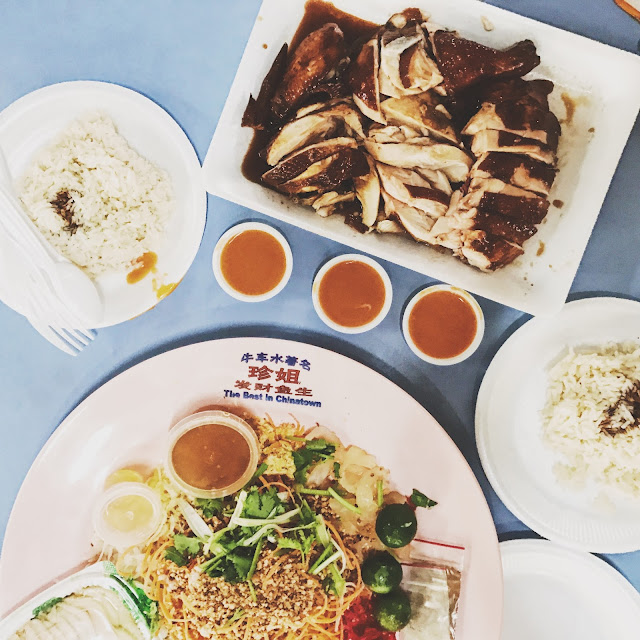 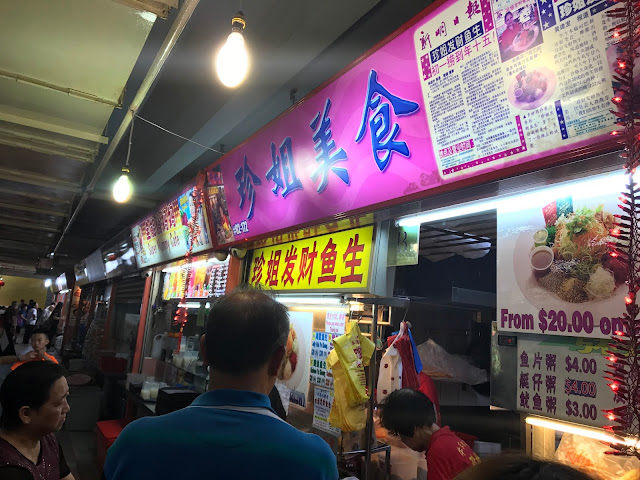 The lohei from Zhen Jie was dubbed as the most famous in Chinatown – and it definitely lived up to its reputation when I had to queue a good 15 minutes for it. (The queue was much longer when I revisited Chinatown Centre three days later during the seventh day of CNY – when the local Chinese has the custom of gathering for lohei.)

Of course, that was one of the few lohei I had throughout this CNY. We had a mandatory one on the seventh day – which also coincides with Lichun – which signifies the actual beginning of spring. 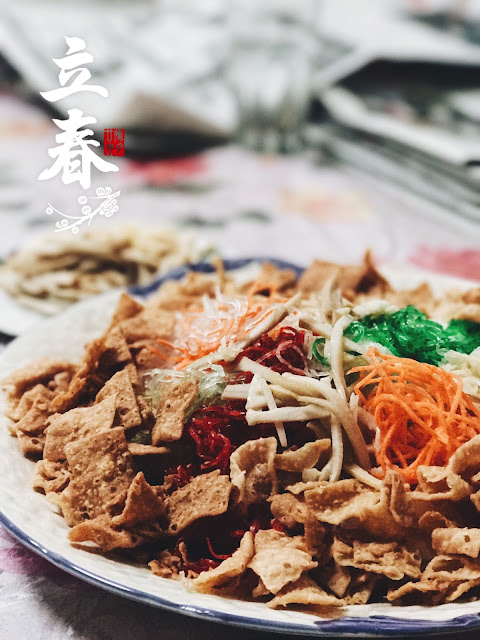 I tend to call lohei as ‘Chinese Salad’.

Day 8 of CNY – 4/2
A gathering over at Tricia’s house for a steamboat session with my bunch of morons.

The gathering was discussed way back last year when I realised she stayed in one of my dream private housing estate. So I was like, “Next year’s CNY gathering at your house!” I am glad it became a reality to visit one of my dream houses (Yes, I have lots of dream houses, all spreaded across this tiny island).

I was wowed by both the exterior and interior design of her house the moment I stepped into it. I just love it so much and it even has a roof top where we hang out talking about random shit (as well as listening to Audrey’s very happening story) after we were done with our dinner. 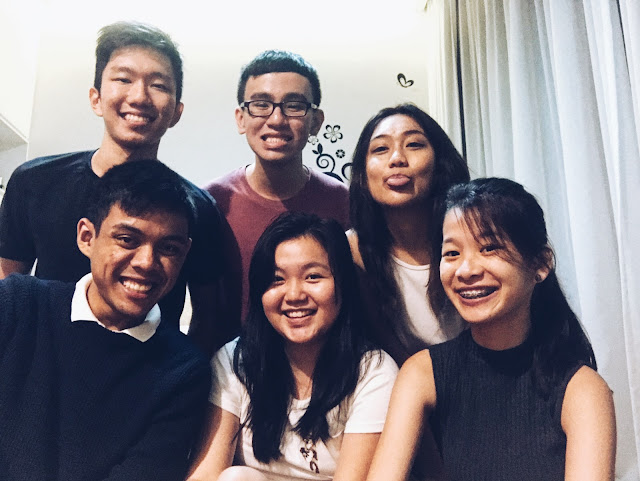 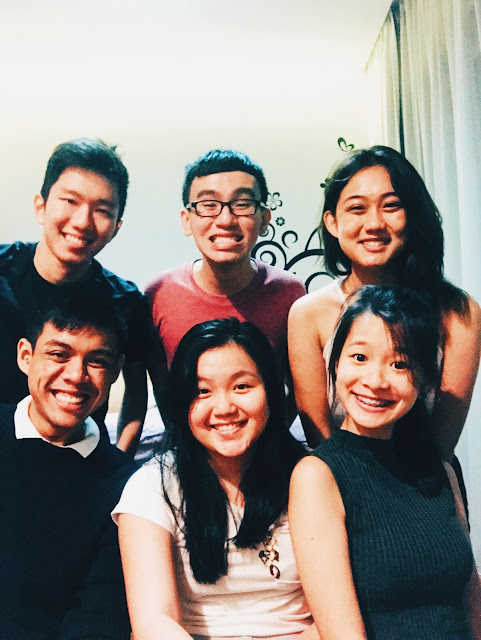 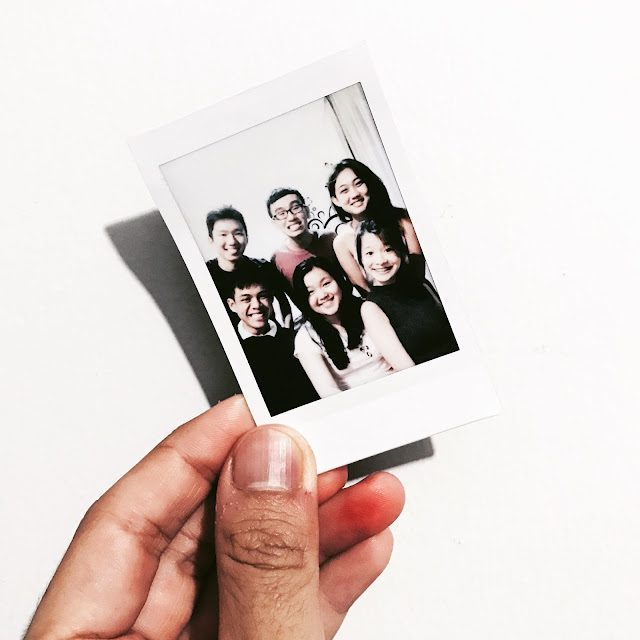 I know we look like a big family. HAHAHA

Meanwhile, I discover a yearbook from SRJC on Trish’s bookshelf, so I took it out and browse it through. I didn’t have a change to get my hands on SRJC’s 25th anniversary handbook because I left the school before the 25th year.

And hey look, I spotted Viv and my other former classmates on one of the pages. 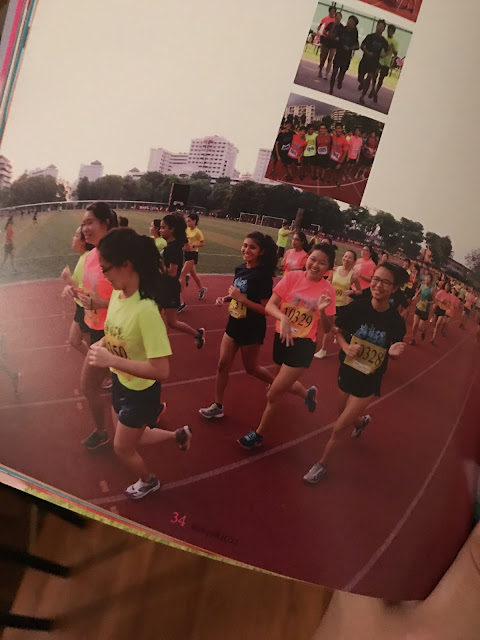 Day 15 of CNY – 11/2
Another CNY gathering and this time it’s at Nic’s house! I was late because I can only joined them after my work so they started eating first without me.

And because Viv had to go early, before I arrived, so they also took a group photo without me. HAHAHA 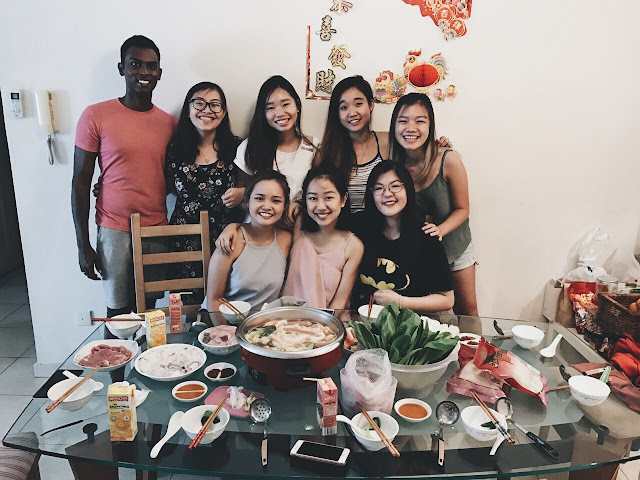 But hey, they actually left a sit there for me to photoshop myself into the picture. HAHAHA. They are always so cute. It’s always great to see all of them again.