Finally, the entire class (ok, I think with the short of one person) had lunch together after our Media Writing lesson.
Things are looking good, it seems. 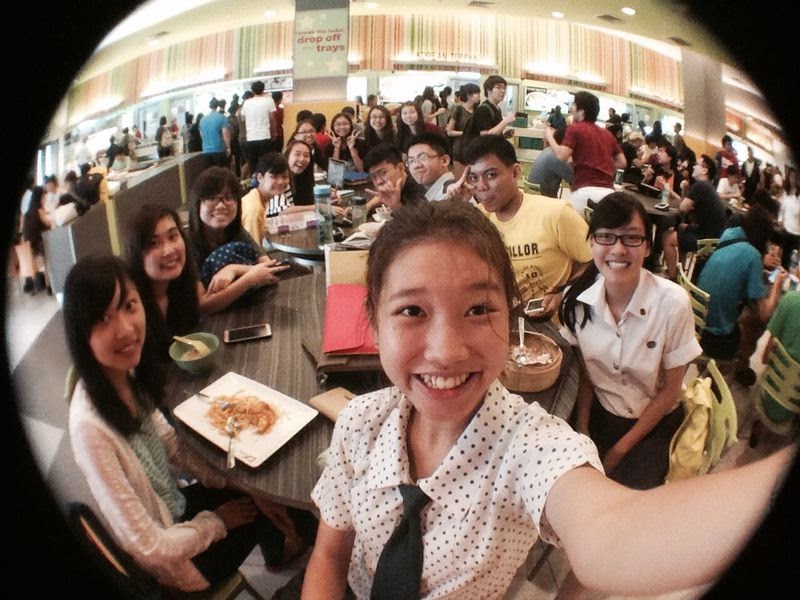 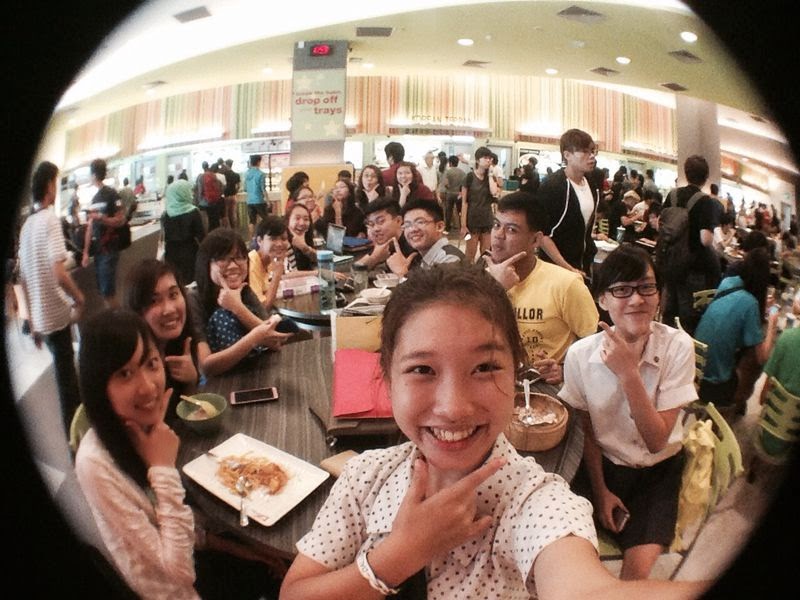 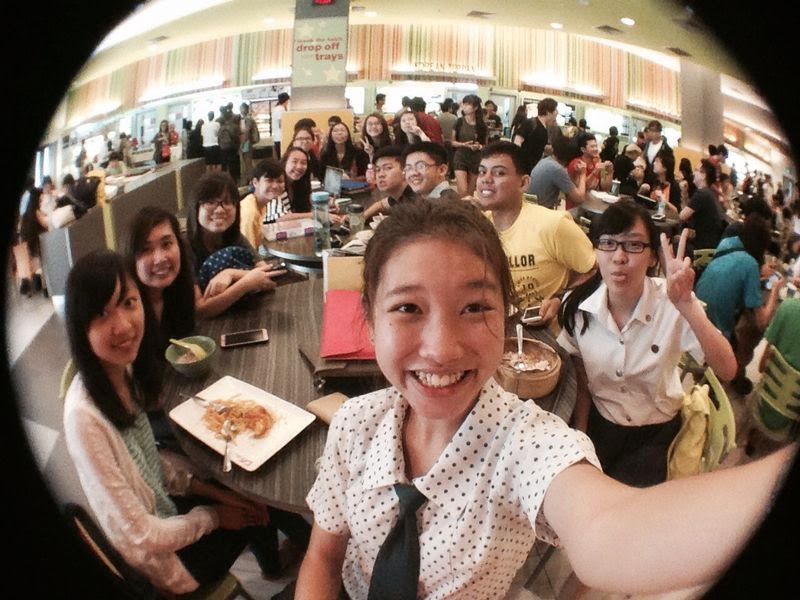 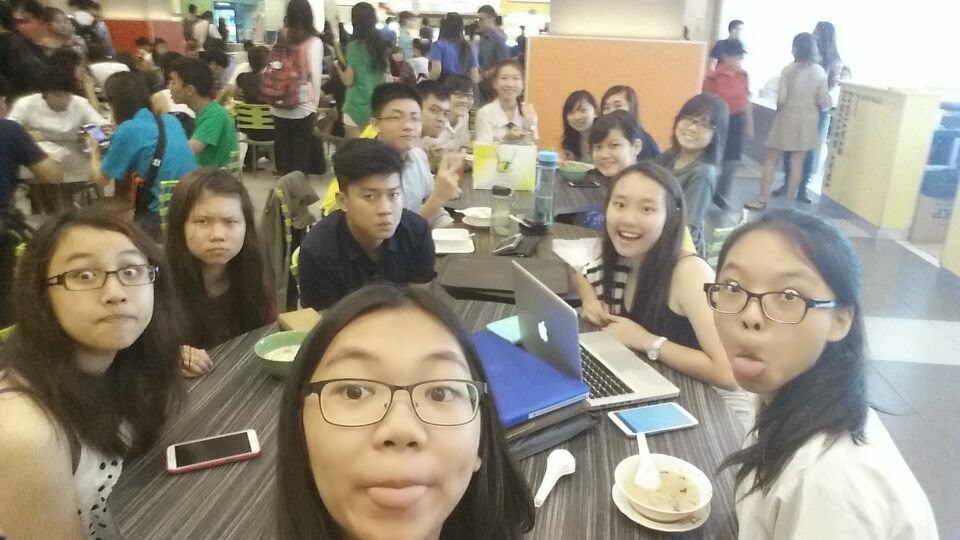 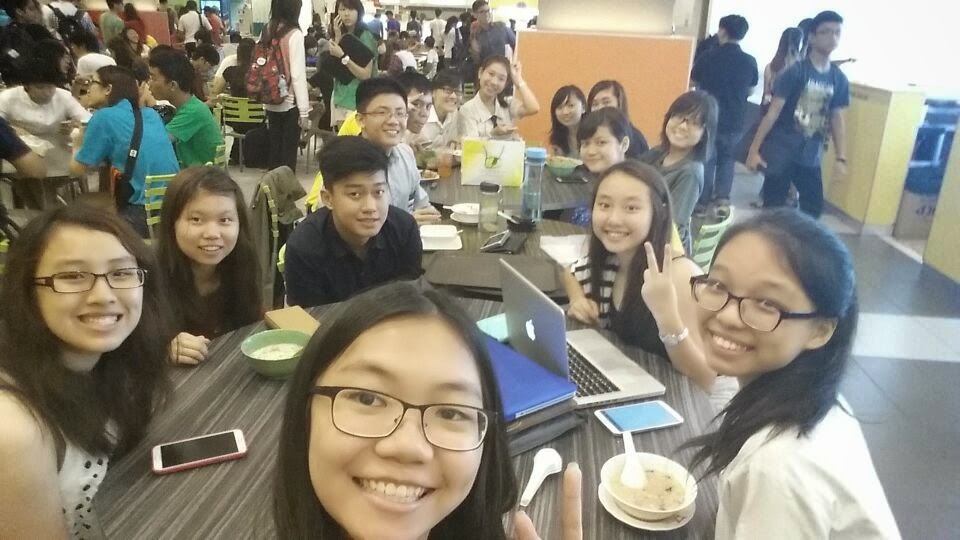 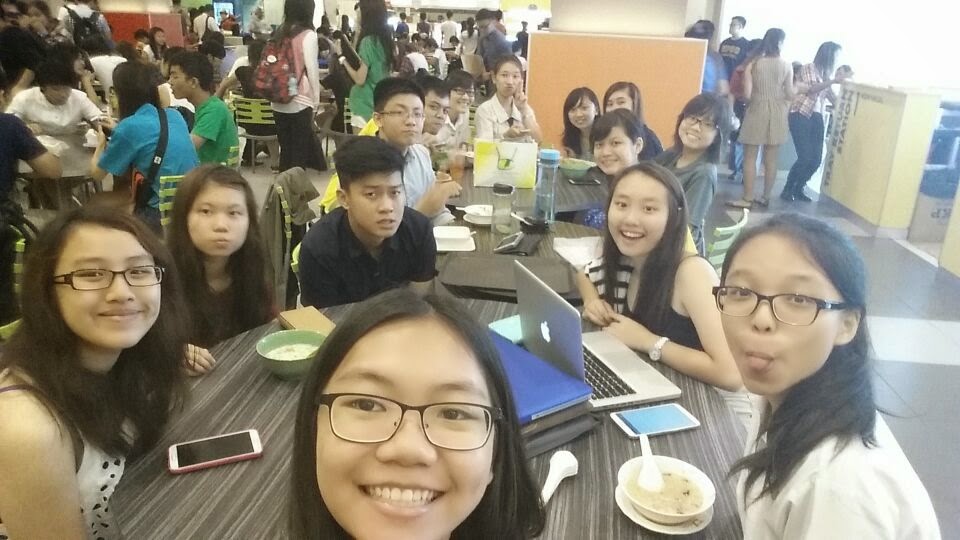 For those who are my blog readers (I hope there are uh :P), fear not that you can’t recognised any of the people here. Because as usual, I will slowly introduce my friends on this blog. So… I think that within a year, they can all be featured in my blog and YOU ALL can know them. 😀
Lunch was awesome, of course, when you are eating as a group. A very big group.
After lunch, we decided to go up to Block 51 (the block above where we had lunch and where our next lesson will be held at).
And guess what did we do there?
Phototaking session.
Ohgosh. 😛
But I love it! 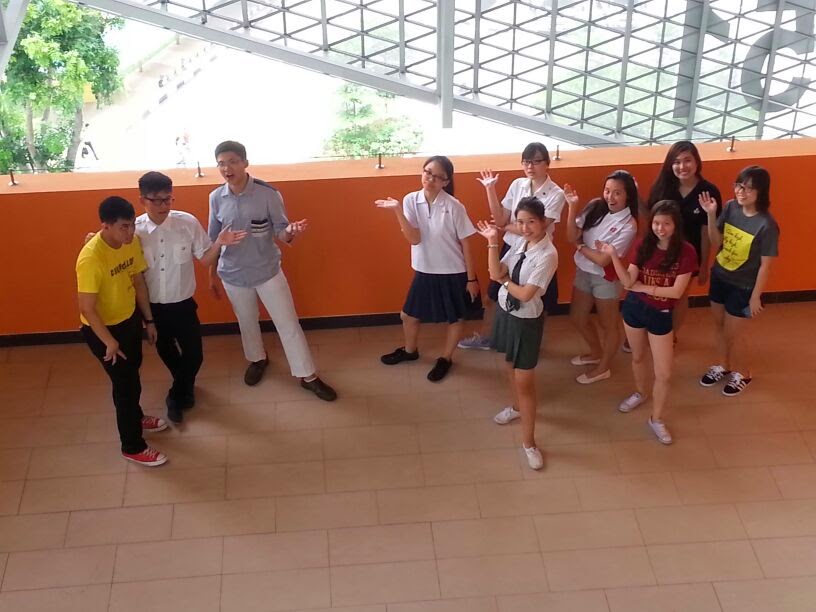 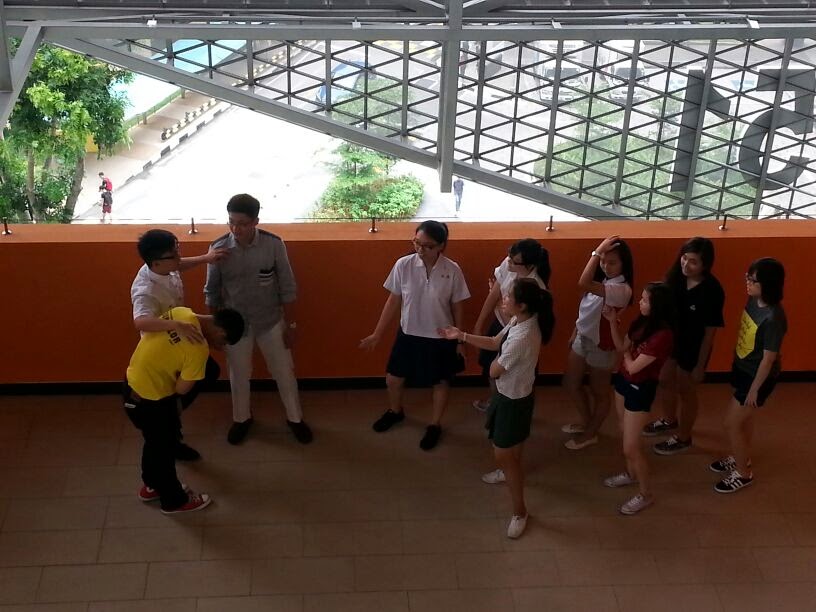 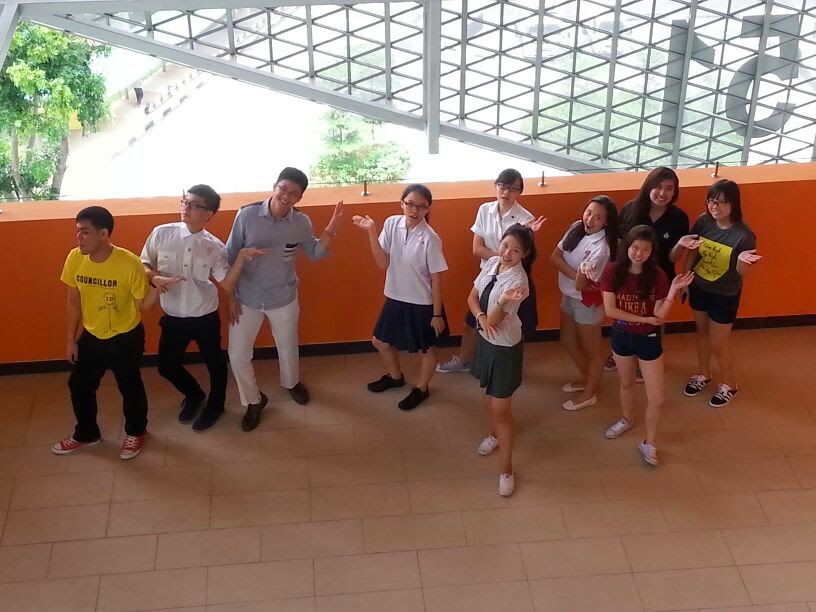 But then… Who cares? 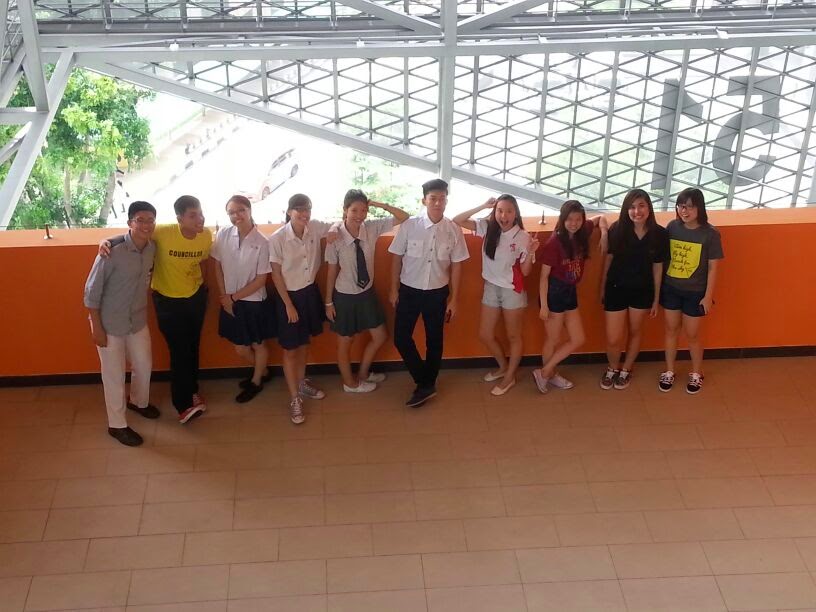 Ohya, if you are wondering why there are some people wearing full school uniform in a Polytechnic campus compound, let me explain to you. So… there was a msg circulating that the Ngee Ann Polytechnic Students’ Union (NPSU) ‘invites’ students to wear their ex-school uniform to campus on Friday. And our class decides to wear them to campus (other than me lah, cos my AMKSS uniform can no longer fits me and I refused to don my SRJC’s uniform). But end up, on that day, 4 people wore it, and the majority of us wore school-based t-shirts. 😀

I swear they were judged by basically everyone around the campus because of their uniform. But I call that unique.

And the four of them who wore school uniform, decided that they should that ‘step’ photos.

With their school uniform.

Before changing out of it (they can’t handle the amount of eyes staring at them :’D). 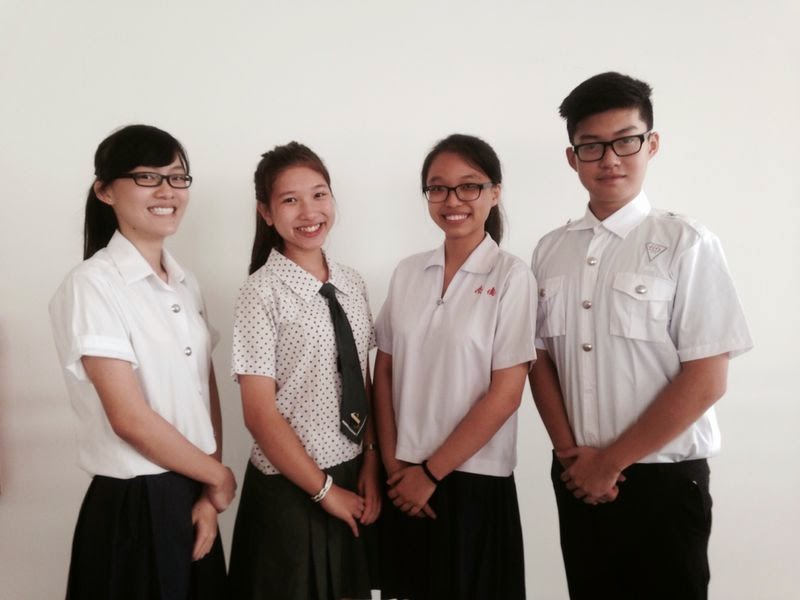 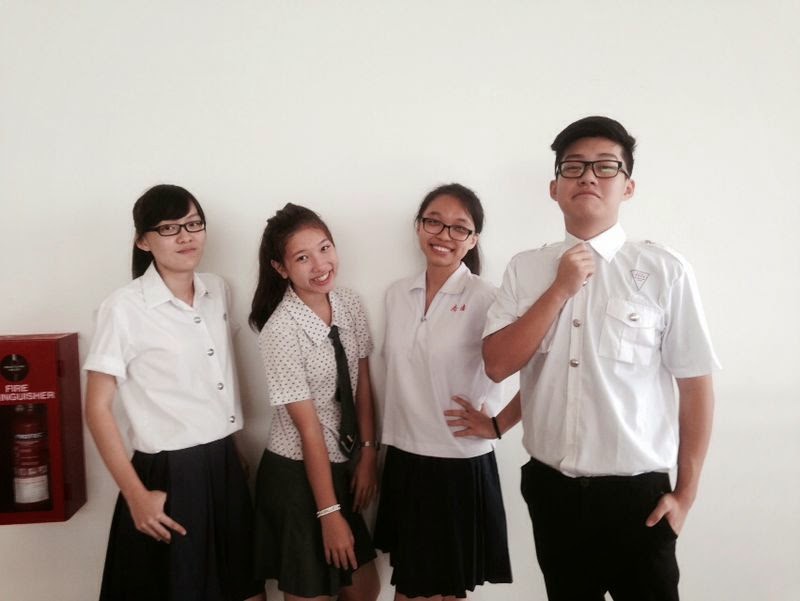 Sub-formal shot. Okay, I don’t know why I called this ‘sub-formal’. 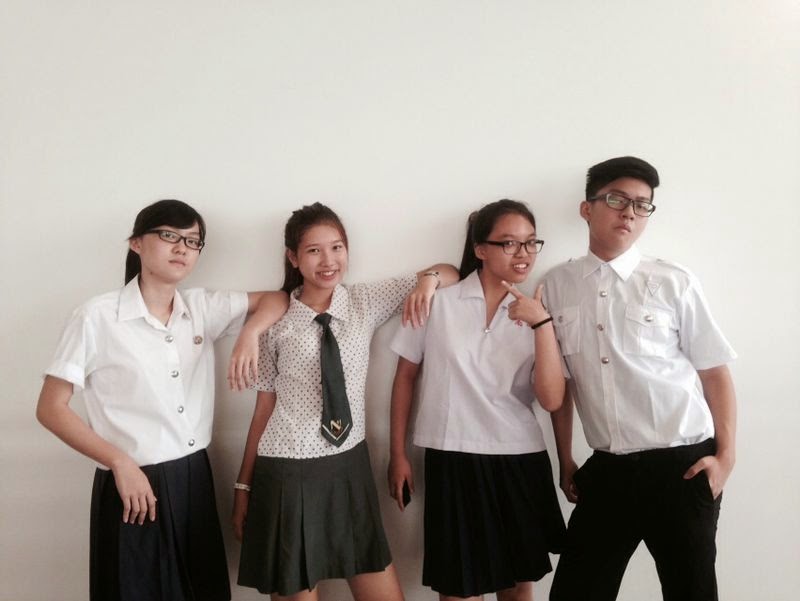 Swag shot. Much swag here. Too much I cannot. (I apologies to our Visual Comm’s teacher Mr Alvin for committing one of a serious mistake in photography: cutting at joints. I feel bad and uncomfortable looking at the bottom of the photo now.) 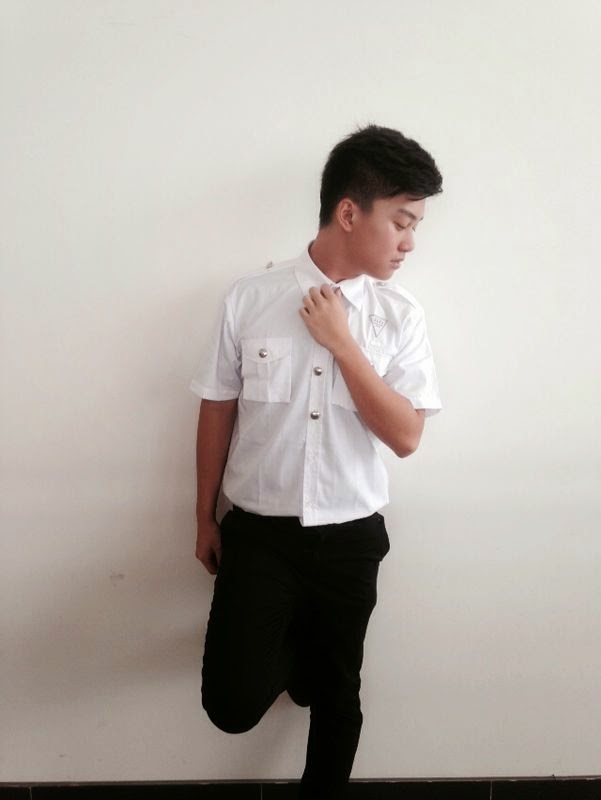 And then someone decided to ask me to help him to take a very SWAG picture. MUCH STEP. I must admit that Zeliang is basically the best looking one among the three guys.
But let me end off this post with… 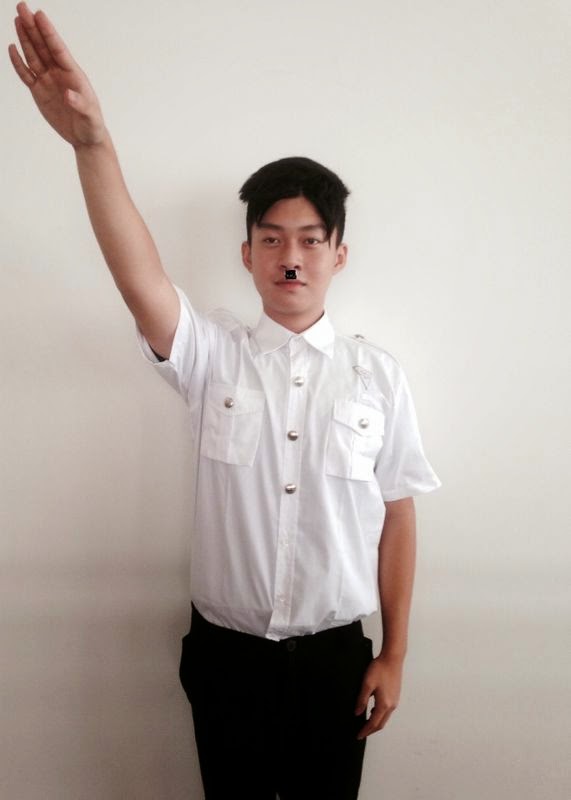