I know I’ve been missing for the past 3 months. But I was busy with my projects hence that explained my absence.

Hence, I decided to update this blog with a summary of what I’ve been in during the past three months. It’s a summary.

Or maybe, I shall try making it like a novel.

I realised I have difficulty remembering things, so it ain’t going to be a freaking long post. Despite that, the amount of events happening to me in the past 3 months is enough to make it too long to be digested in a single blog post (Mostly thanks to the pictures).

Therefore, I need to break this up into, well, a series. And hence, this post is Part 1 of the short series. A series of ranting and raving about my life in the past three months.

Assignments had been one of the craziest thing that have appeared in my life in the entire past three months. 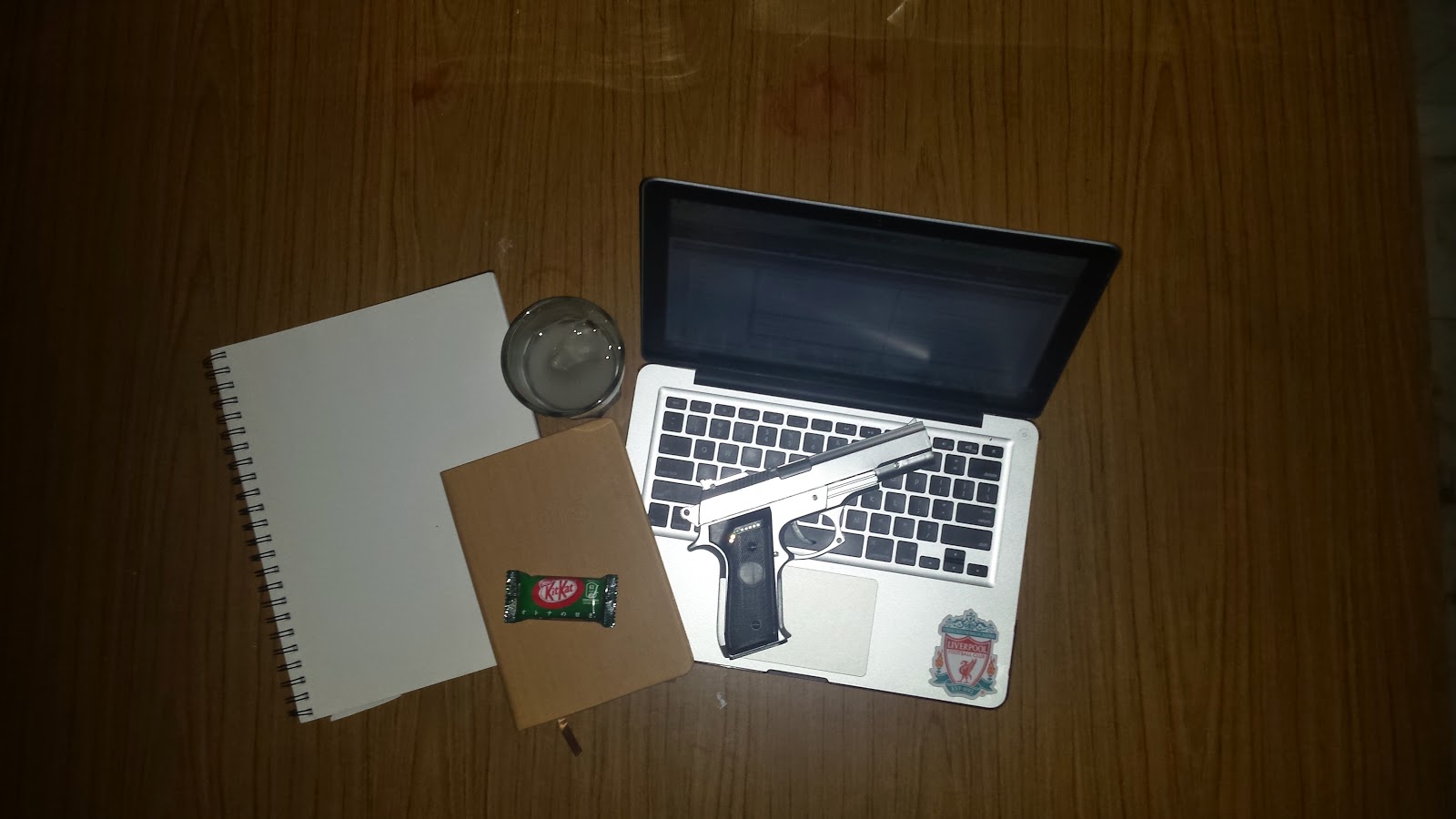 Too much assignments that I had a kit-kat on standby so as to remind me whenever it’s time to take a break. And when a break isn’t enough, I always have a gun standby too. 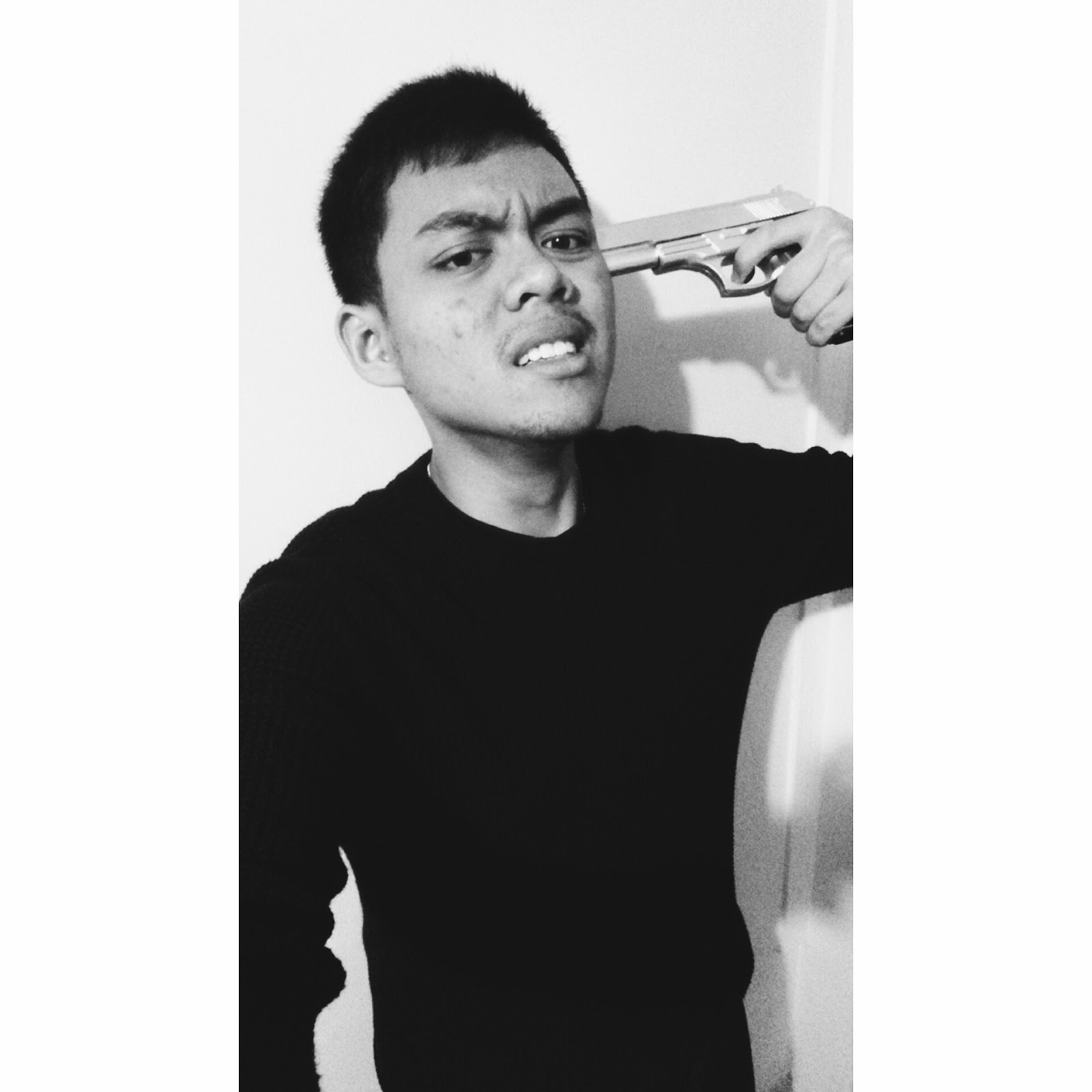 Just in case if I want to kill myself.
Many of my friends who were taking the A’ Levels finally finished with their examinations by the time December came. But by that time, my assignments came down like a stream of uncontrolled water bursting out from a broken dam. That means, I get to meet some groups of them and not ALL of them (but I can only rely on the photos inside my photo album to recall the memories — my CPU has limited RAM space you see).
Here’s one of the meet-ups: feat. Junwei, Jing Yu, Elyssa and Sheri.
Mission: Chomp Chomp on a cold rainy night of December 11, 2014.
Alright, not exactly rainy since the rain seems to have stopped few moments we reached there, but I won’t deny how cold it was — typical local December weather.
And let’s keep quiet and enjoy food-gasm. 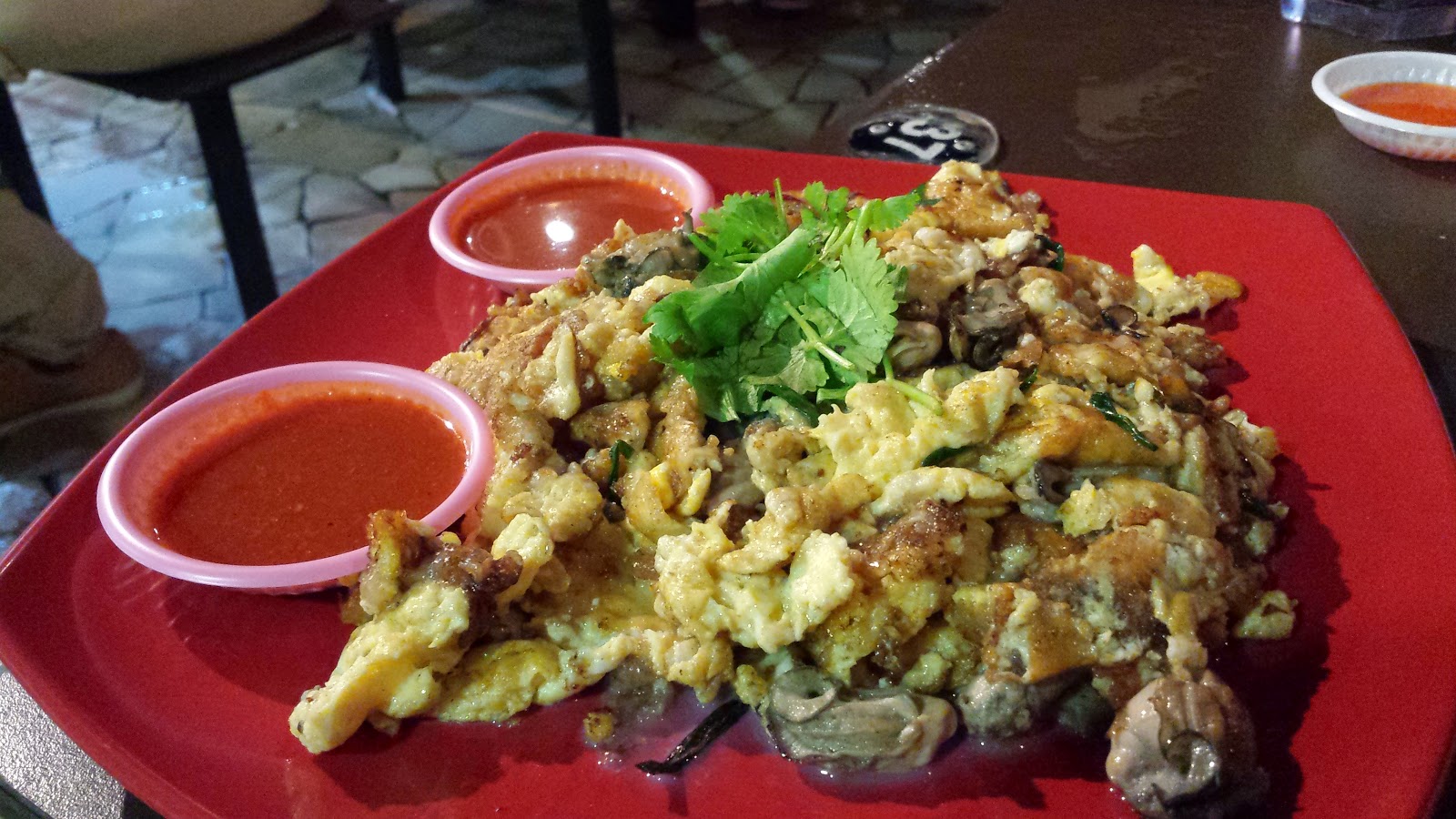 The amount of oysters is rather a lot! 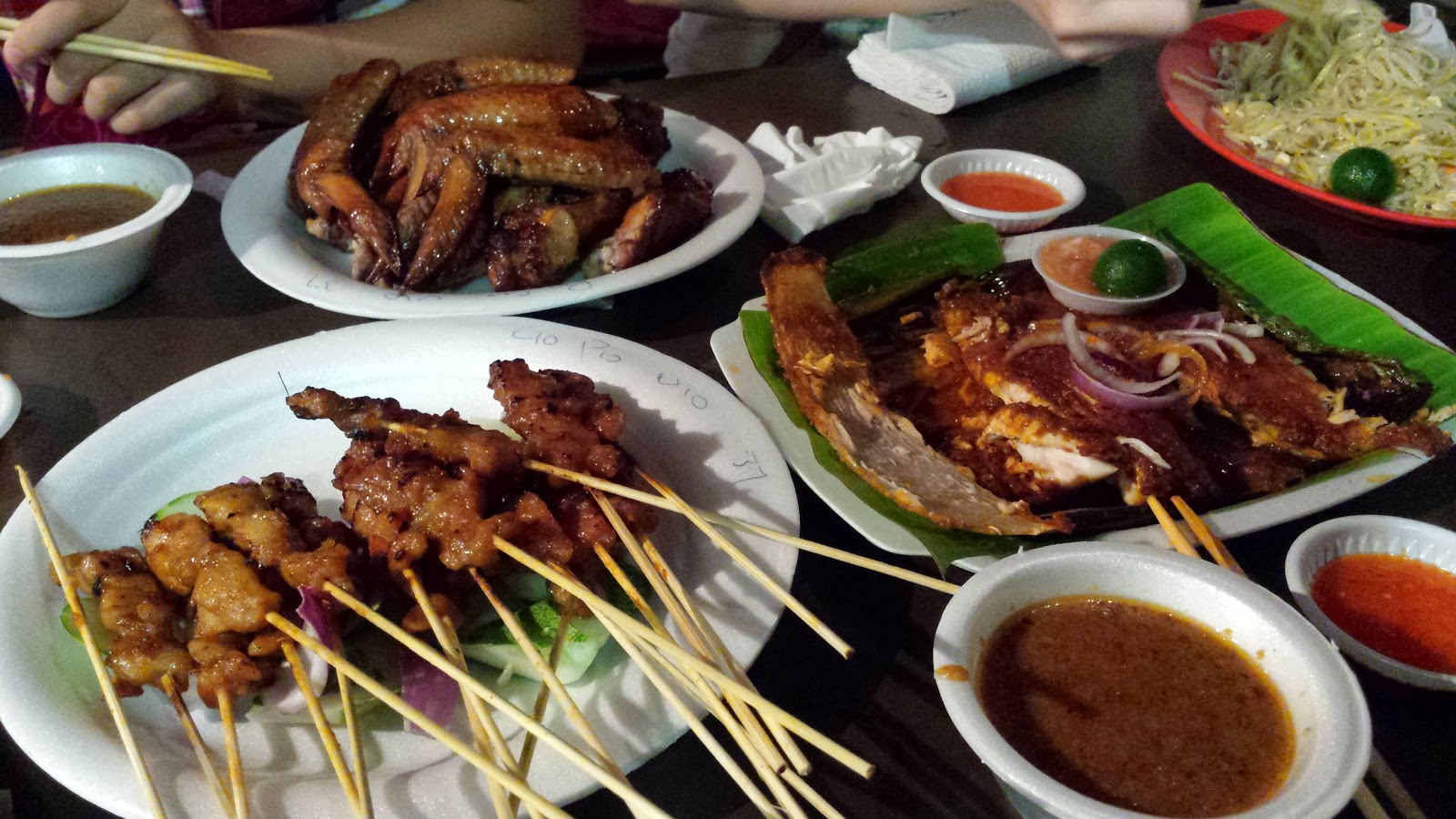 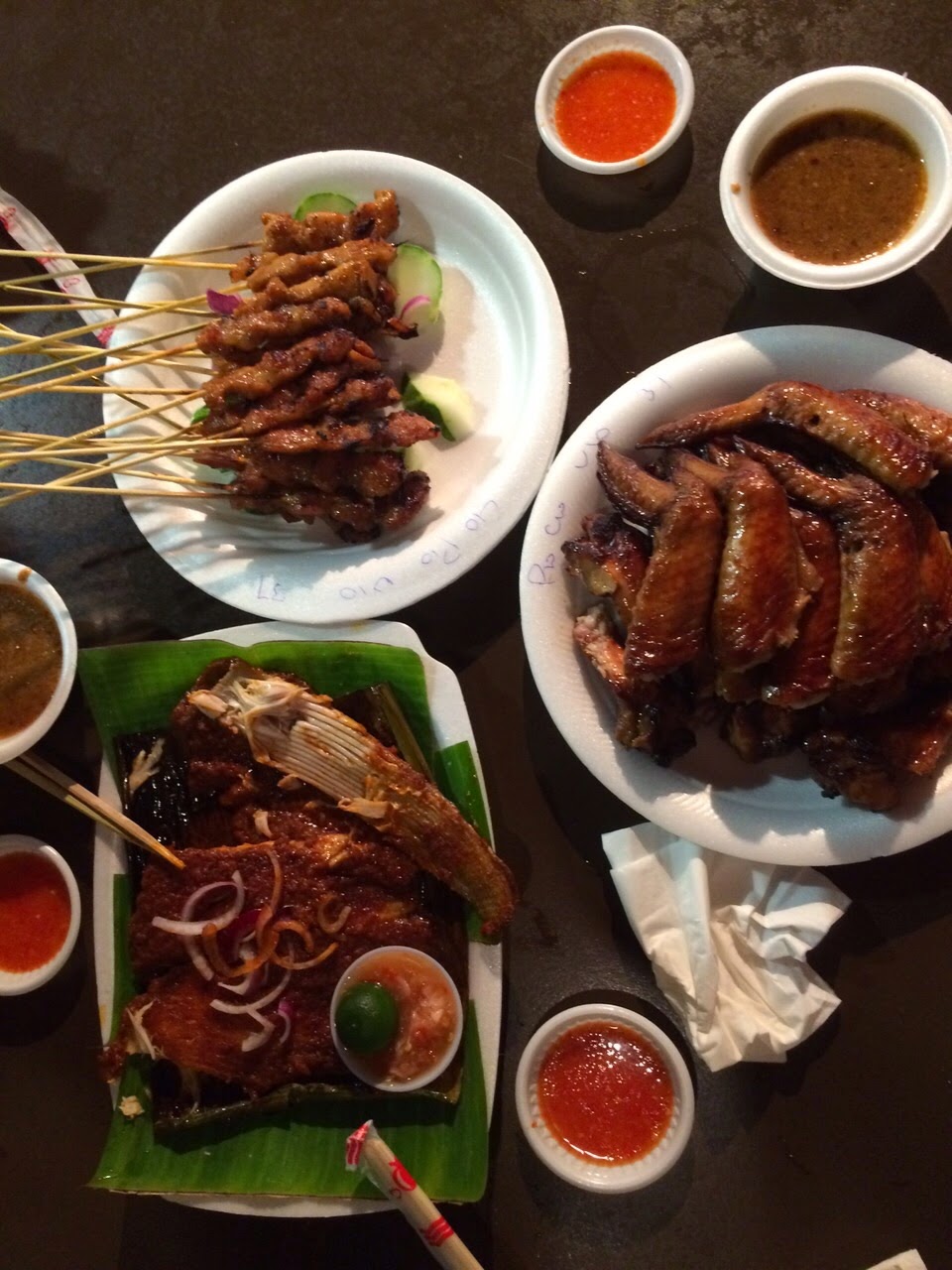 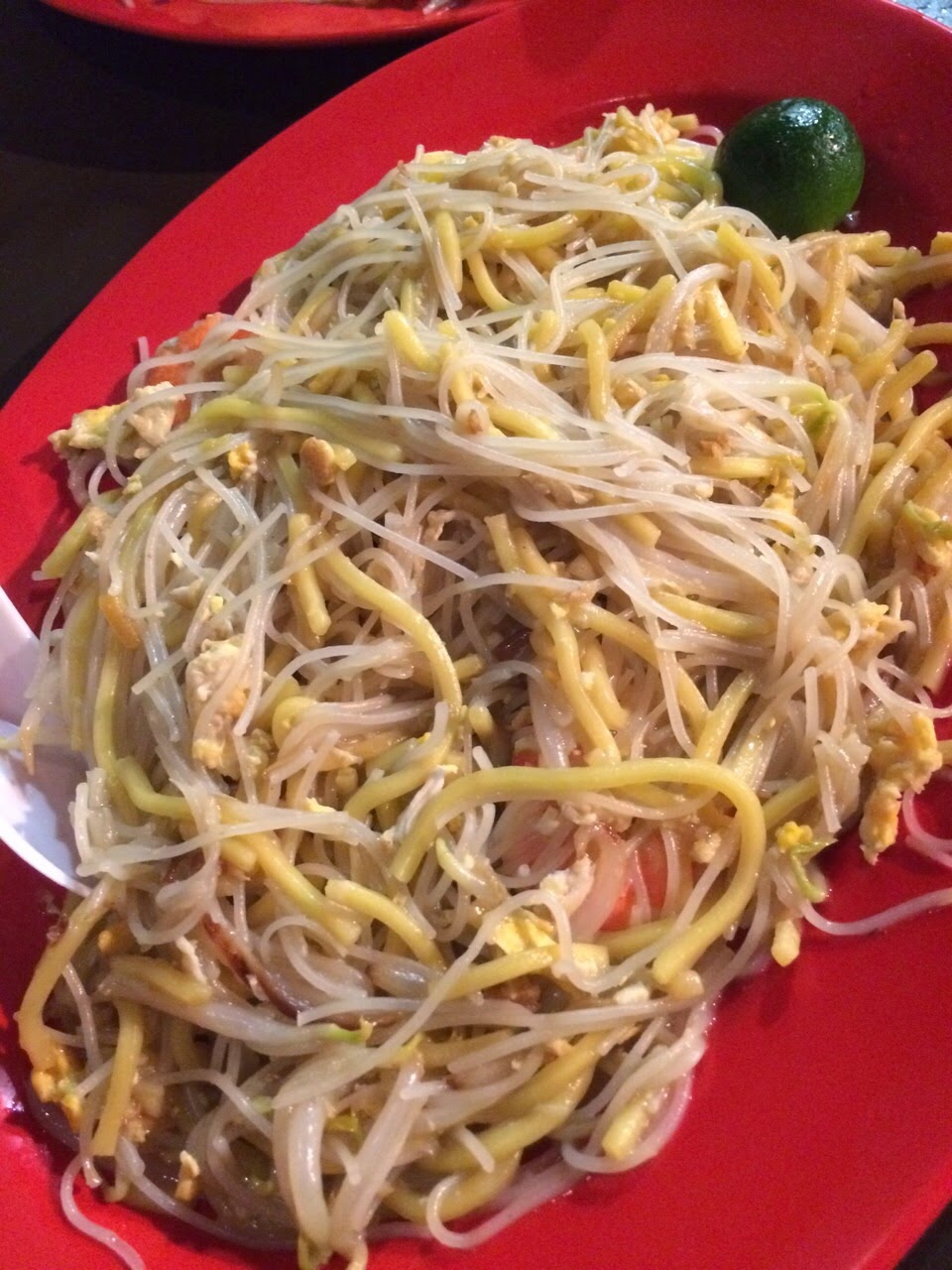 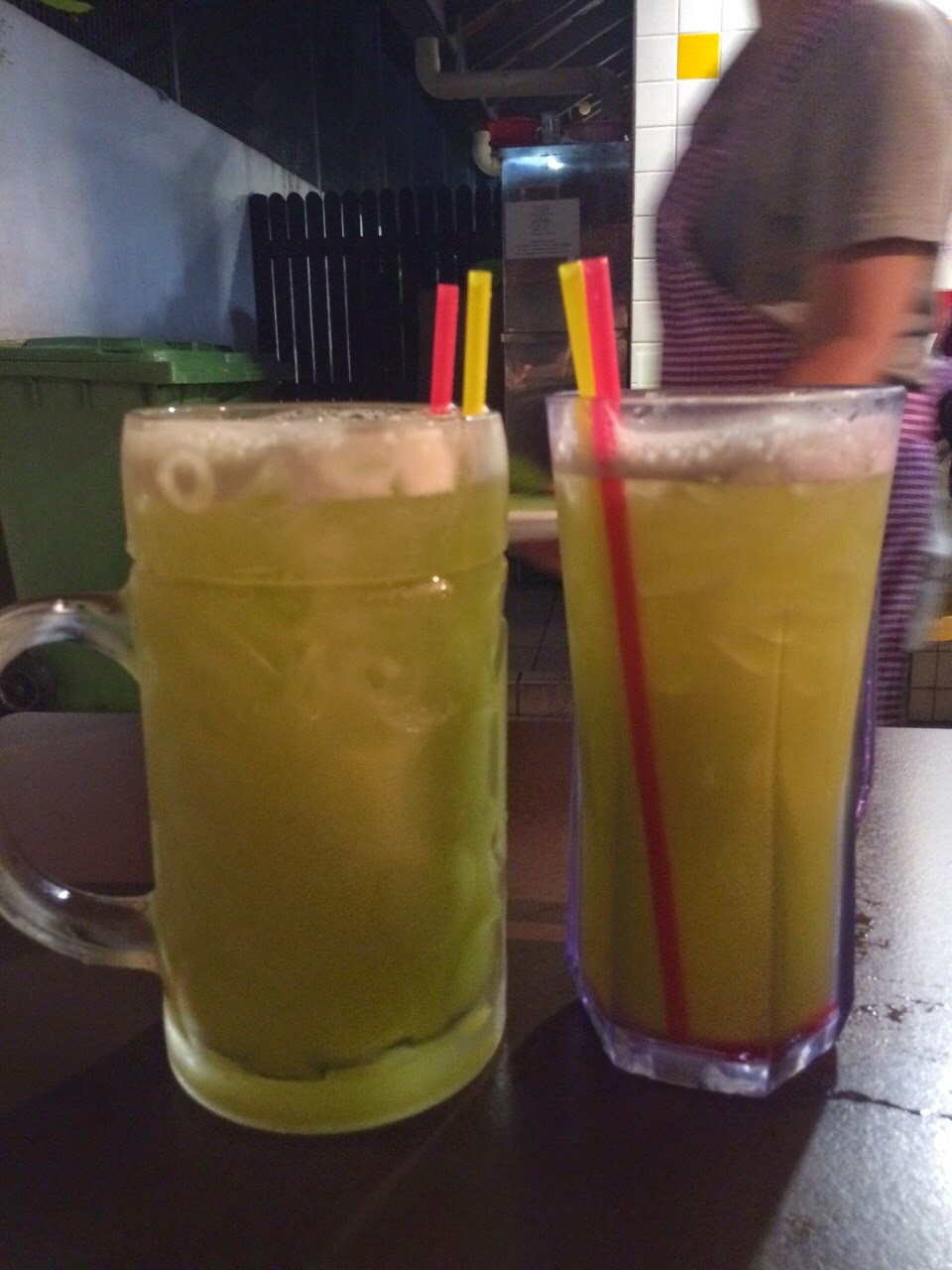 I swear the cups are big. 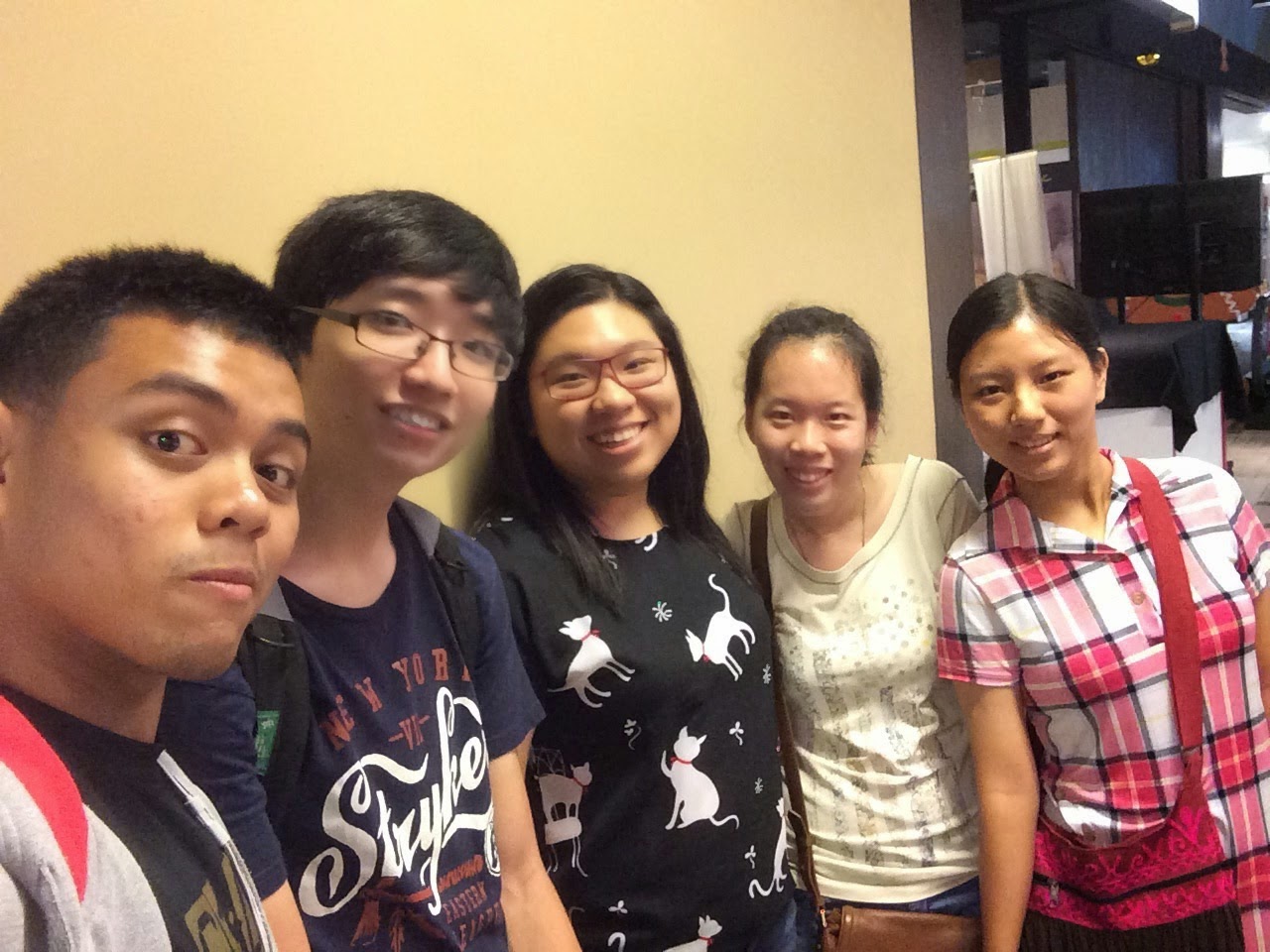 From left: me, Junwei, Jing Yu, Elyssa, Sheri
This bunch of us were never in the same class before: Junwei, Elyssa and myself were classmates in Sec 1 and 2 while Elyssa, Jing Yu and Sheri were in the same class during their upper sec years. However, I got to know Jing Yu through higher chinese class if I don’t recall wrongly. As for Sheri, she went to the SRJC together with Elyssa and I and three of us were in SR Drama.
It was the first time the five of us came together and we really had a great time makan-ing and chatting. Hope we can hang out again!
——————–
Just a few days later, there was this Starbucks 12-Days of Gifting. Of course, as a blur person, I’ve forgotten all about it until… The last day.
Hence after lessons, I jio-ed a few of my classmates to head down to Clementi Mall for the promotion! 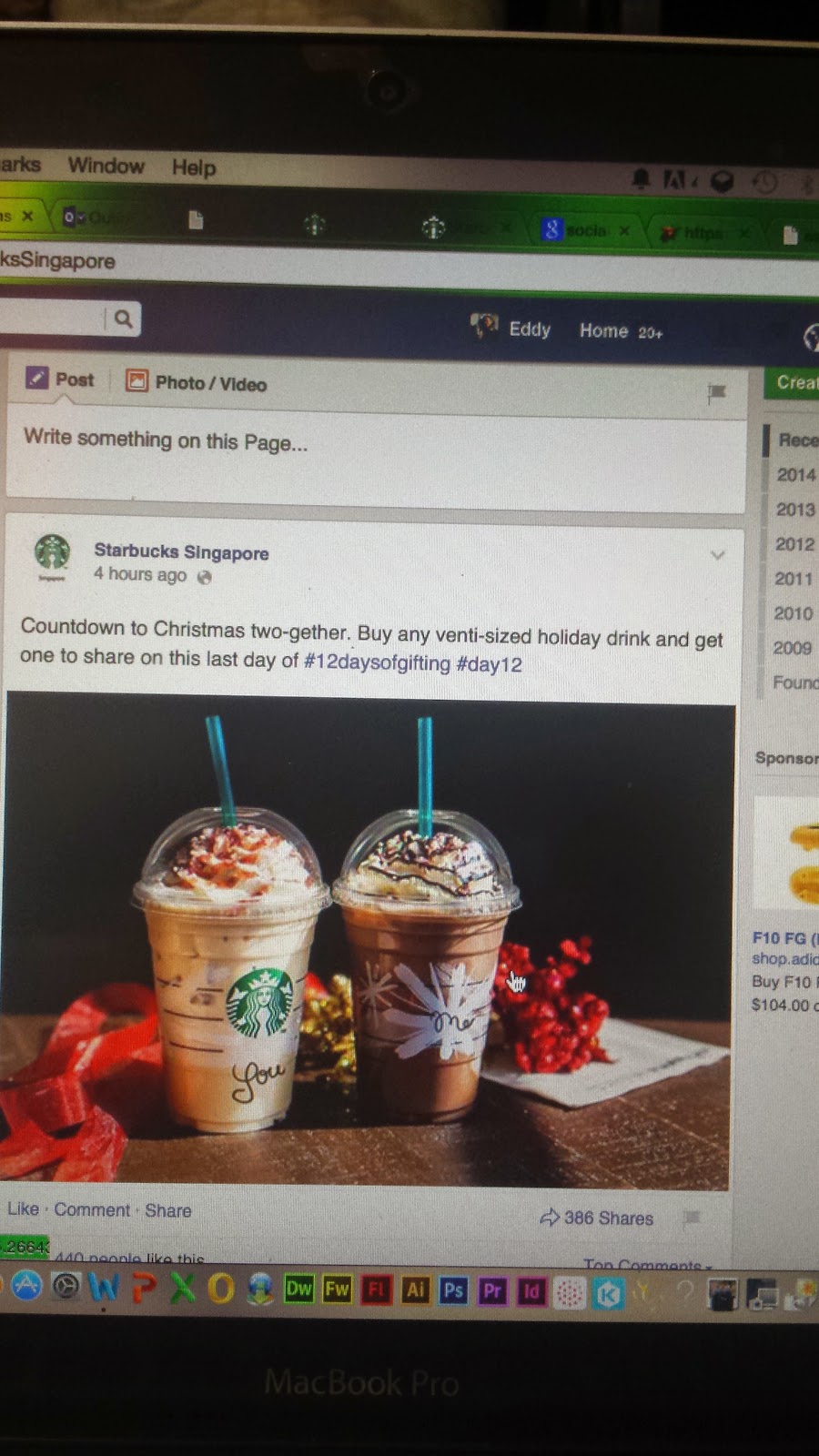 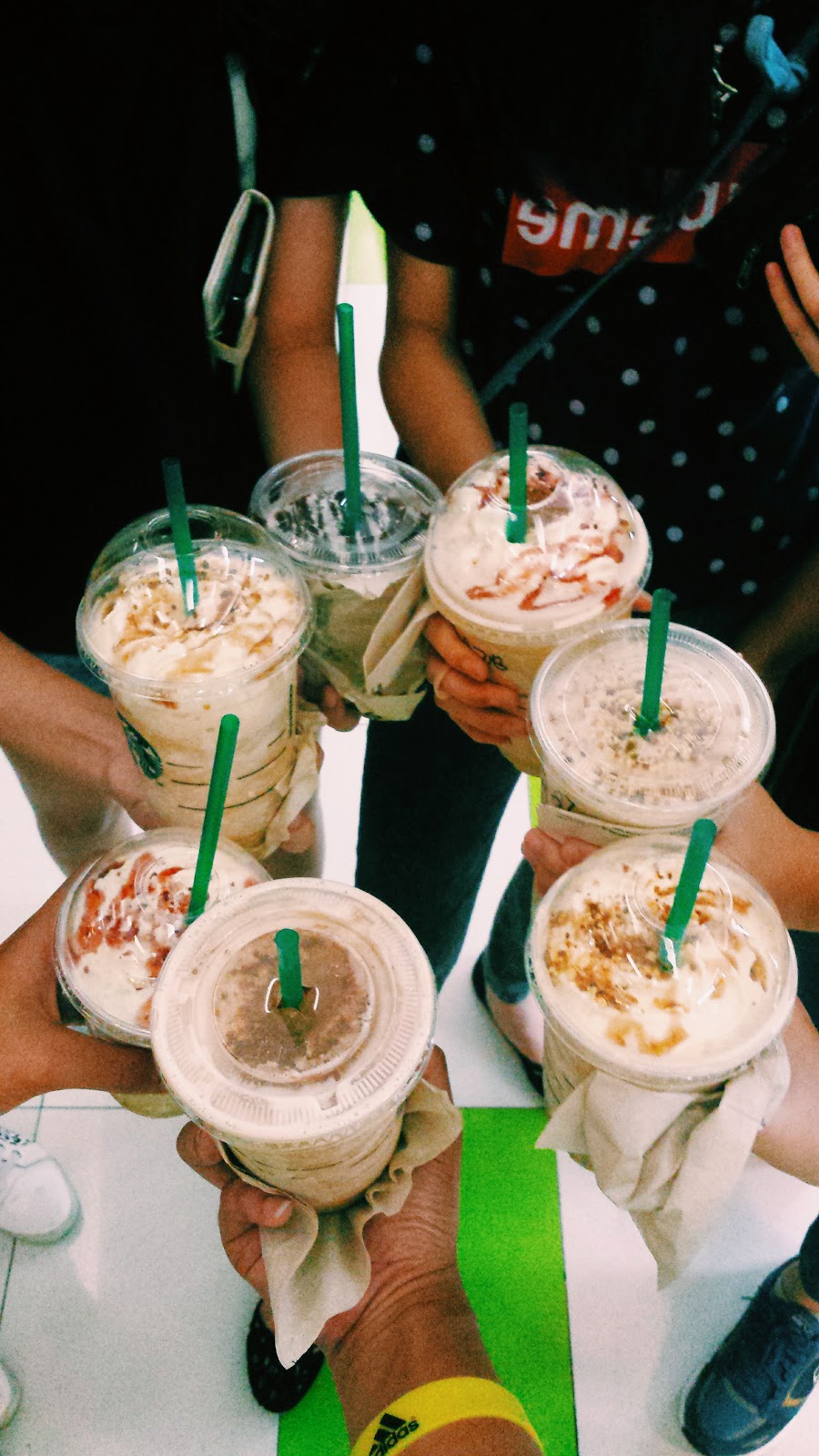 And of course, we bought. And I am still wondering why there was an odd number of drinks. Did some two people decided to just share their drinks? Hmm.
Afterwards, since it was a Friday, as much as I could remember, we decided to yolo.
Drink –> Dinner –> Taking photo in the middle of the pavilion –> Arcade. 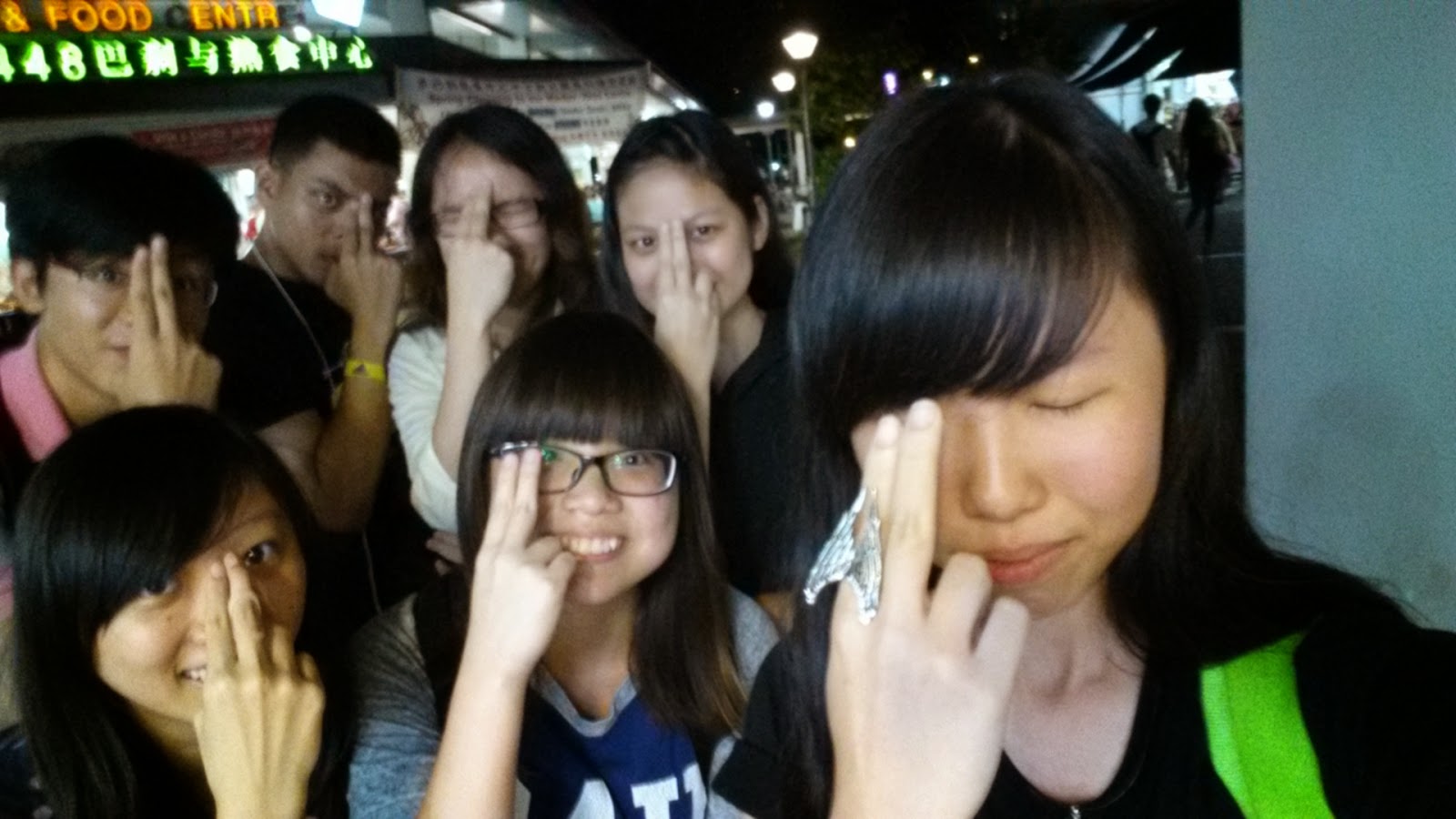 Here’s one pose I find really unique. Probably Huiqi’s (the girl who is at the very front) favourite post. 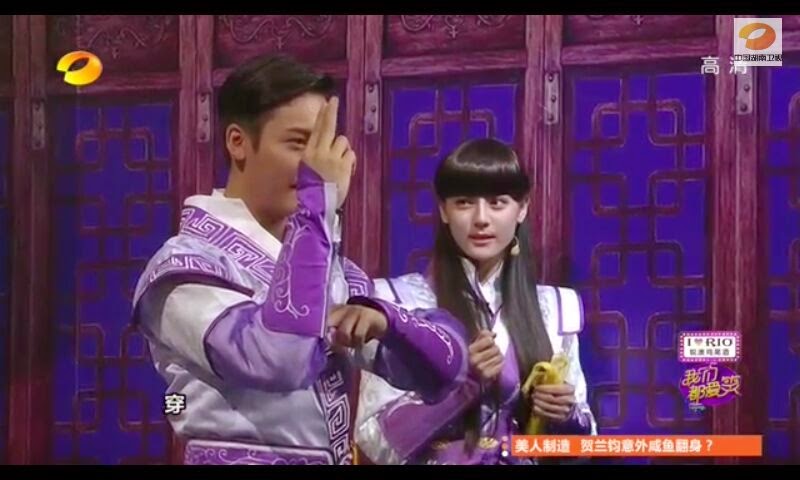 Yea. We were trying to copy this person. 😀
And then we decided to spam the the shutter button, of course, with different poses. 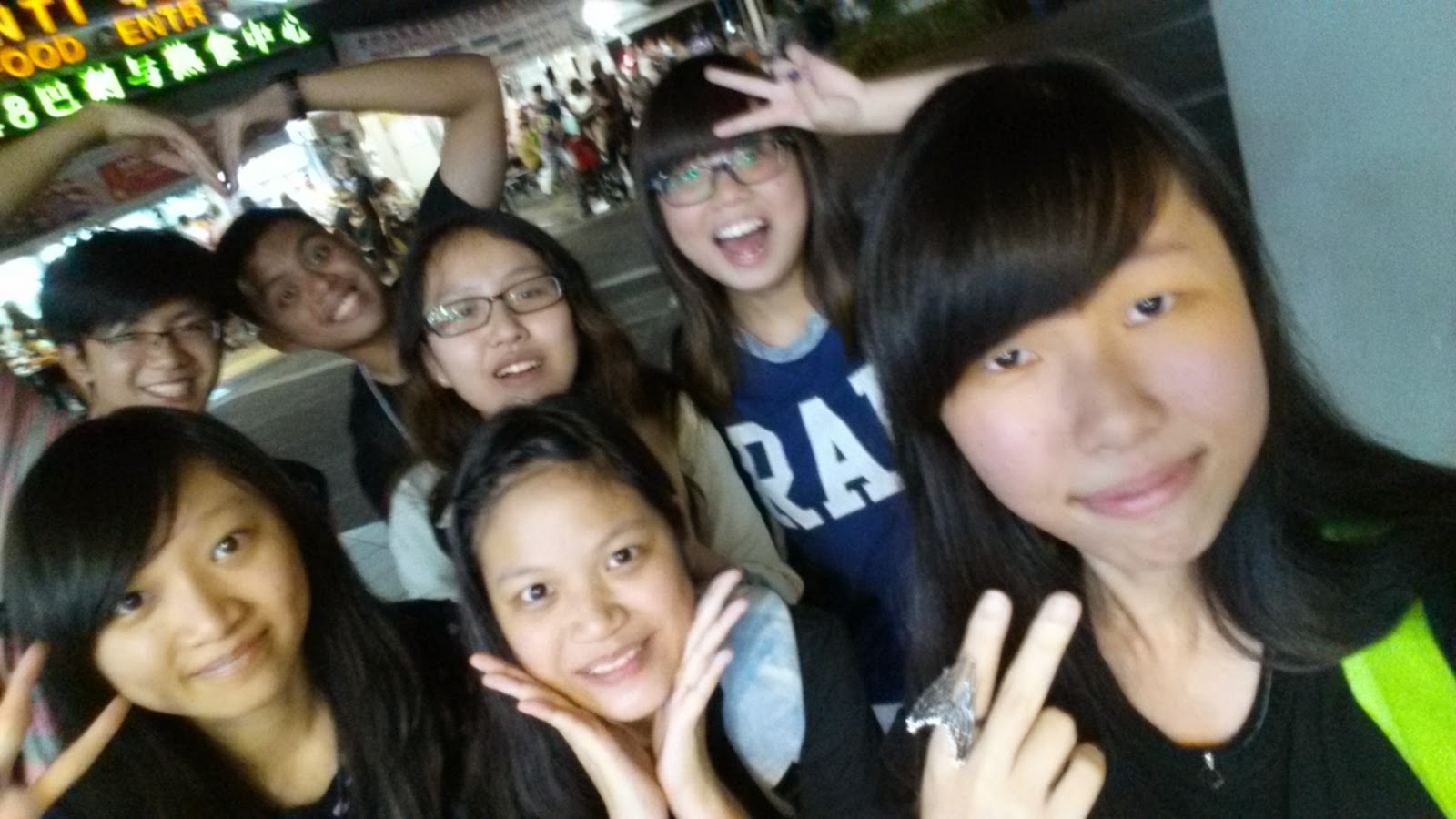 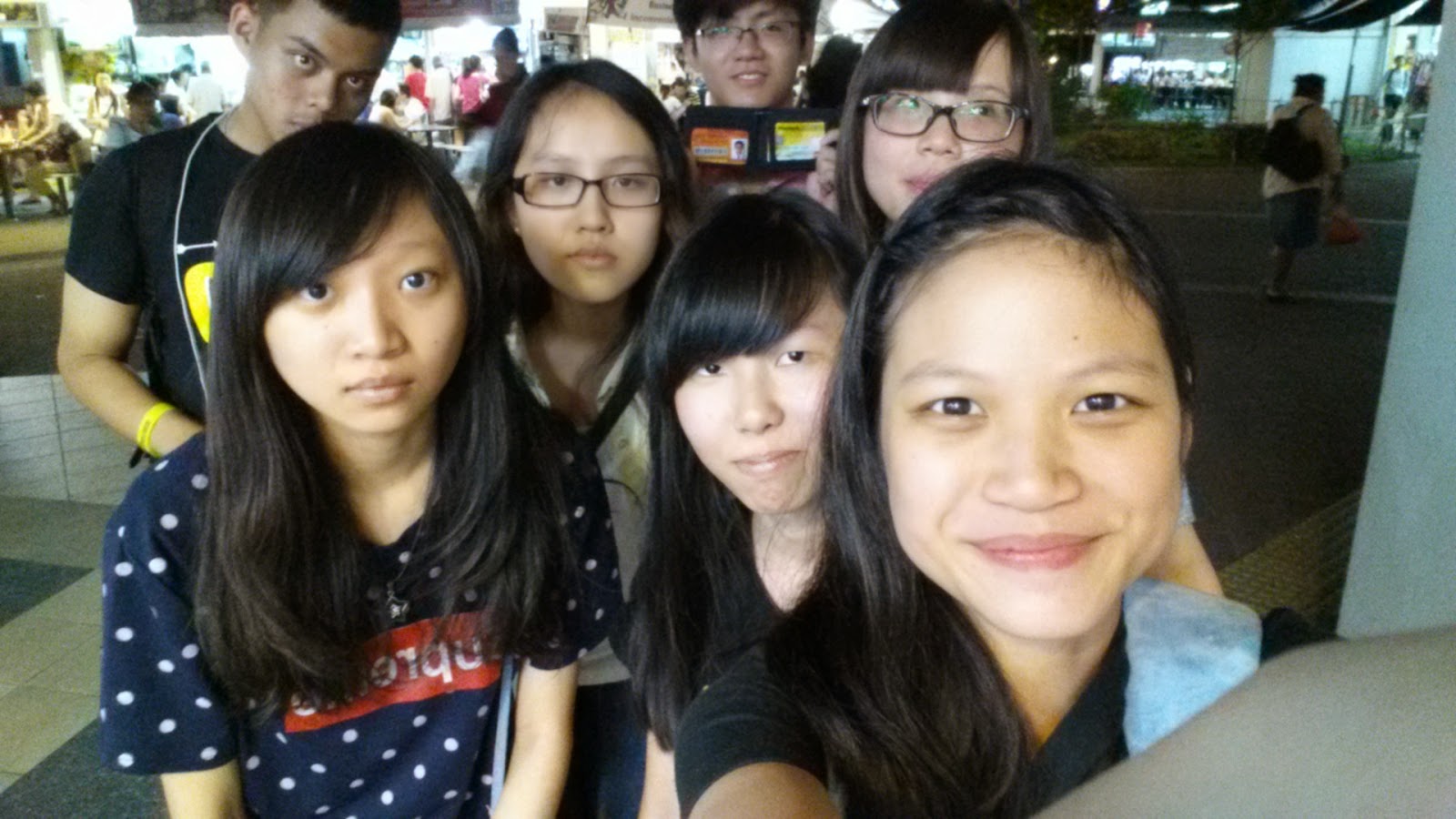 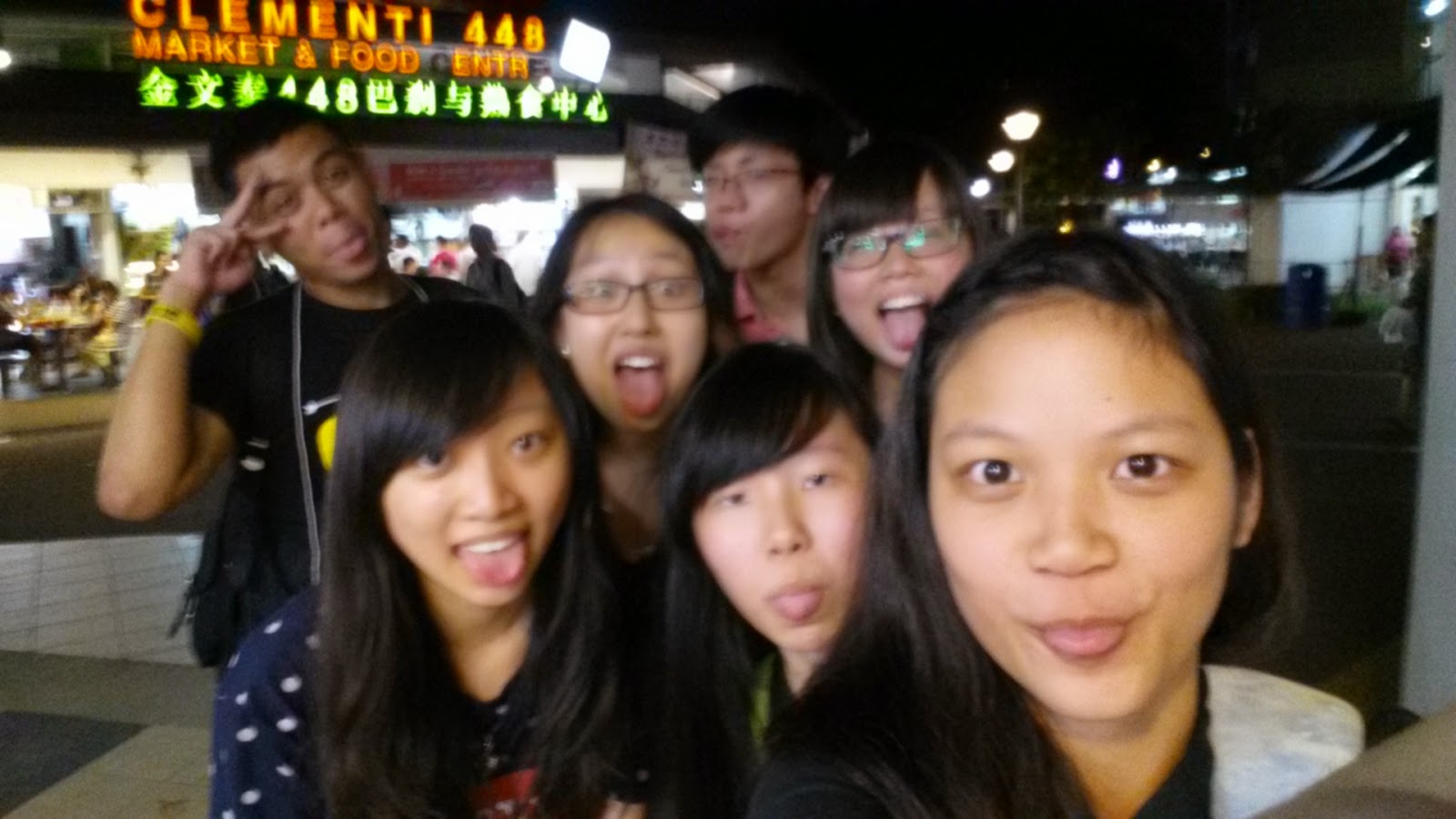 And here’s some hearts to all of you! 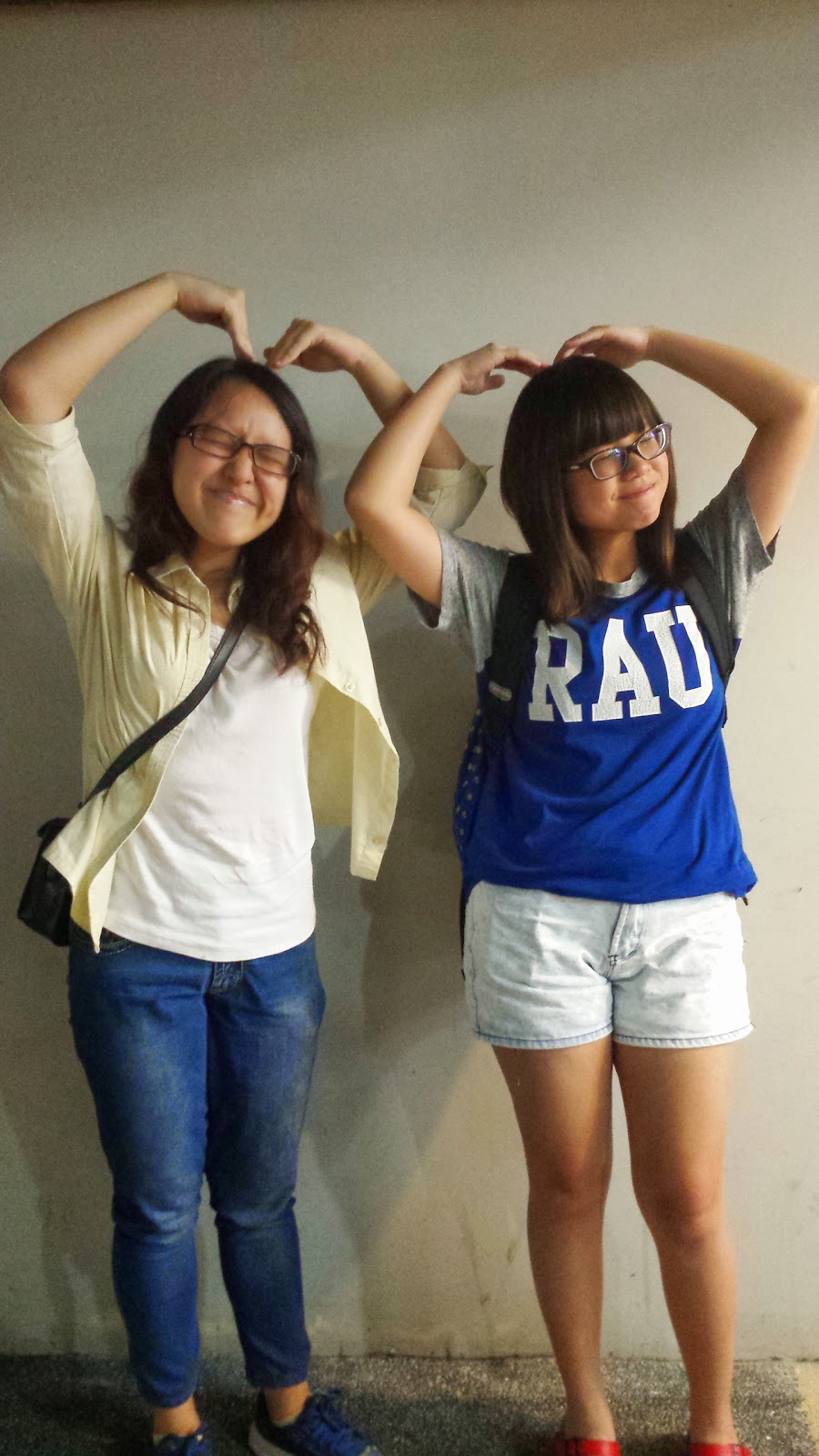 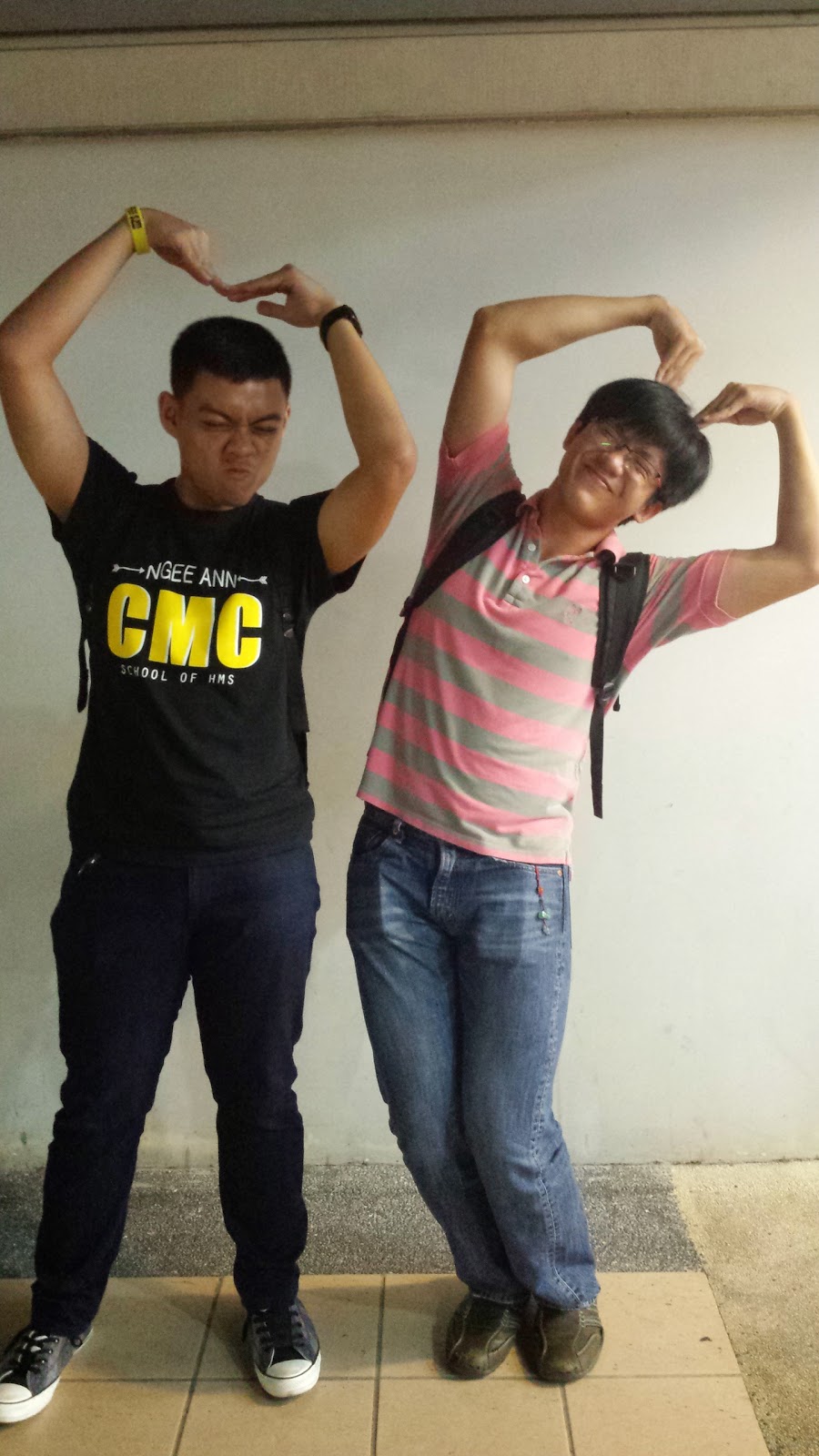 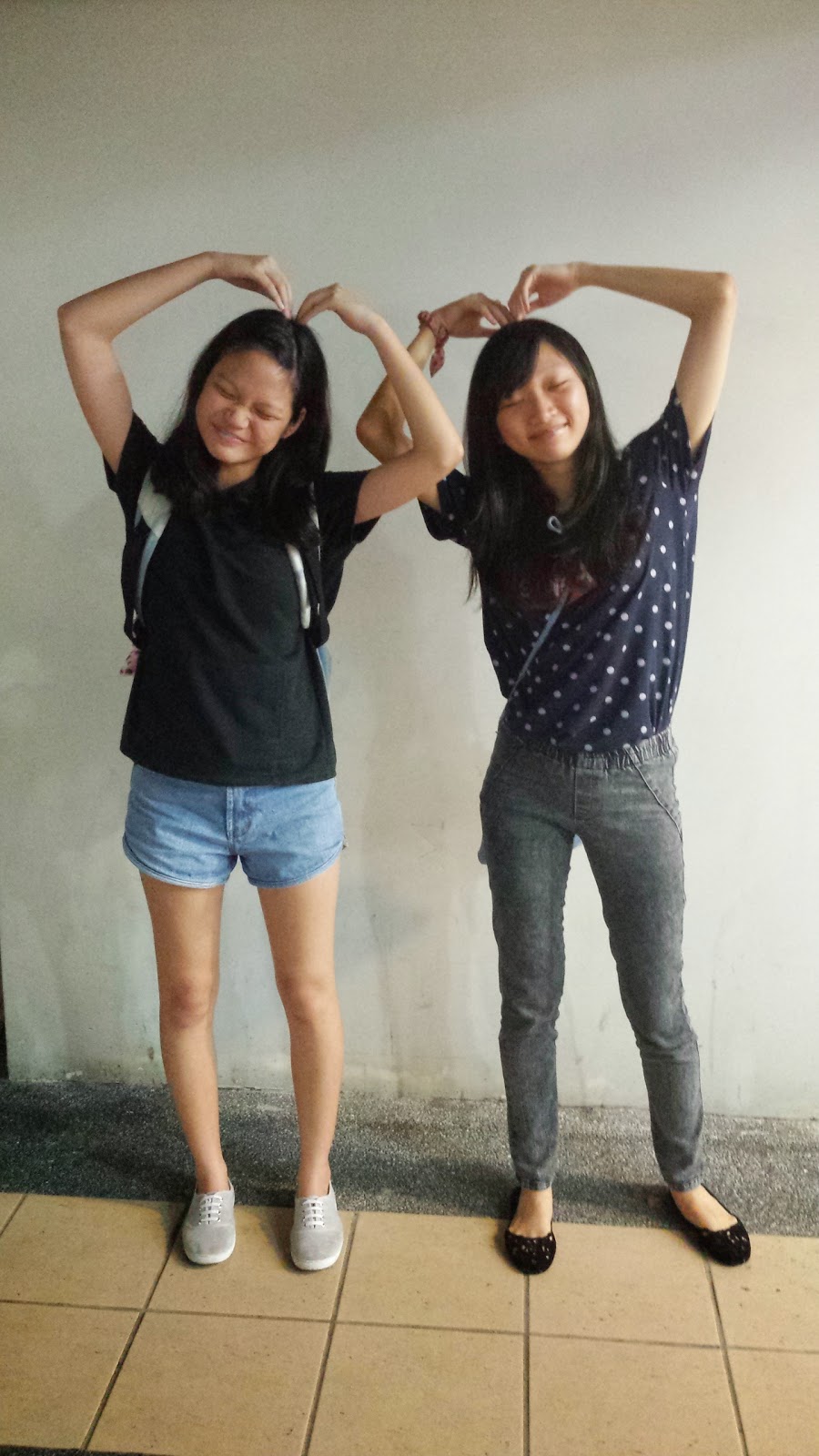 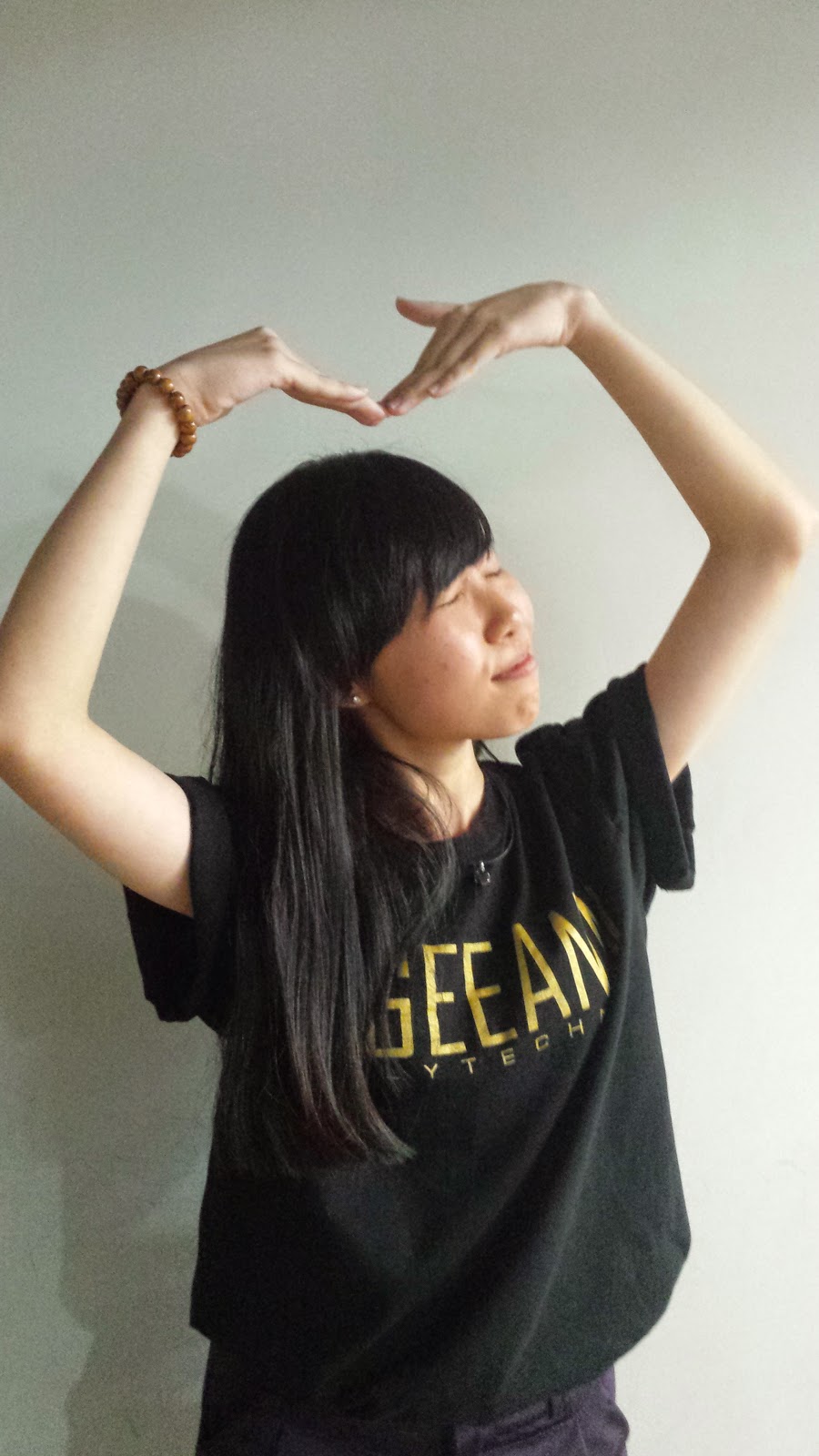 Huiqi.
After spamming photos, we decided to go to the arcade. While Reb and Yoke Yeng were playing their game, some people got too bored and… 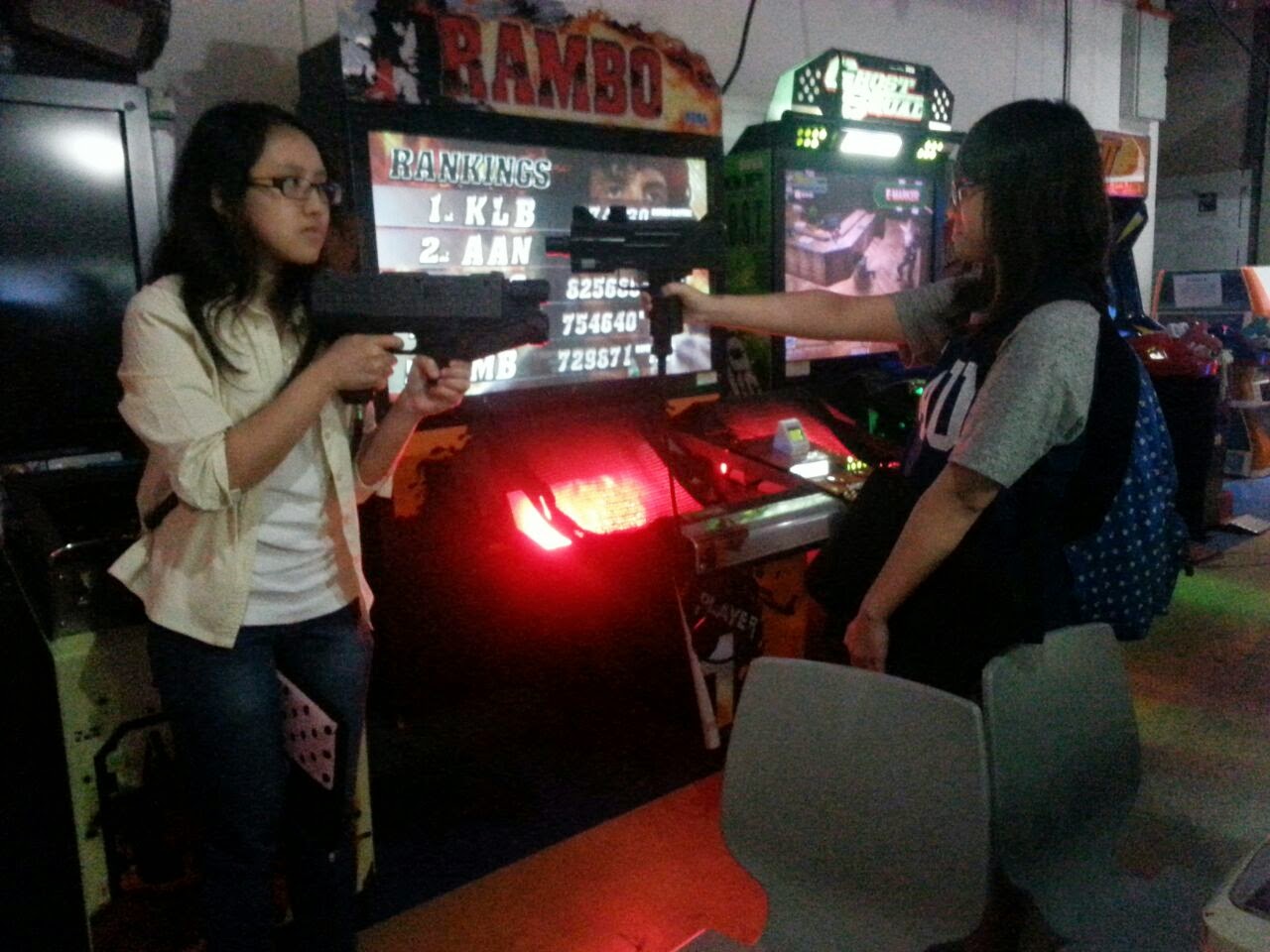 “Freeze. Before I shoot the hell out of ya.”
——————–
I finally had time to rest for a while the moment the start of our mid-sem break commence (of course, it was more of a vacation for us to finish up our assignments). The mid-sem break came in time for Christmas!
This year, we decided to celebrate Christmas over at Brendan Pang’s house. This time round, no turkeys, no hams but we have pork and BBQ! 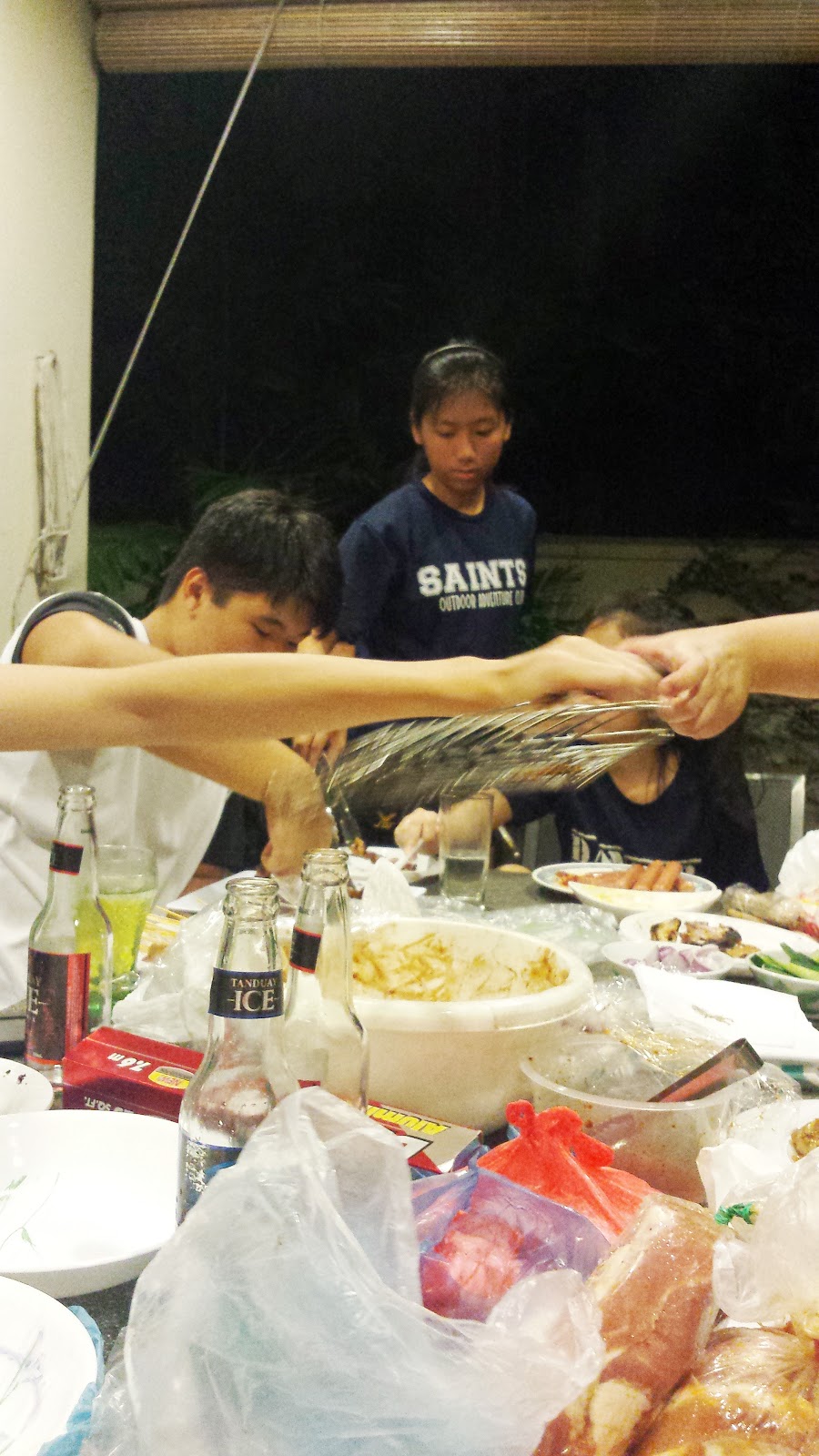 Look at everyone busying with the preparation! 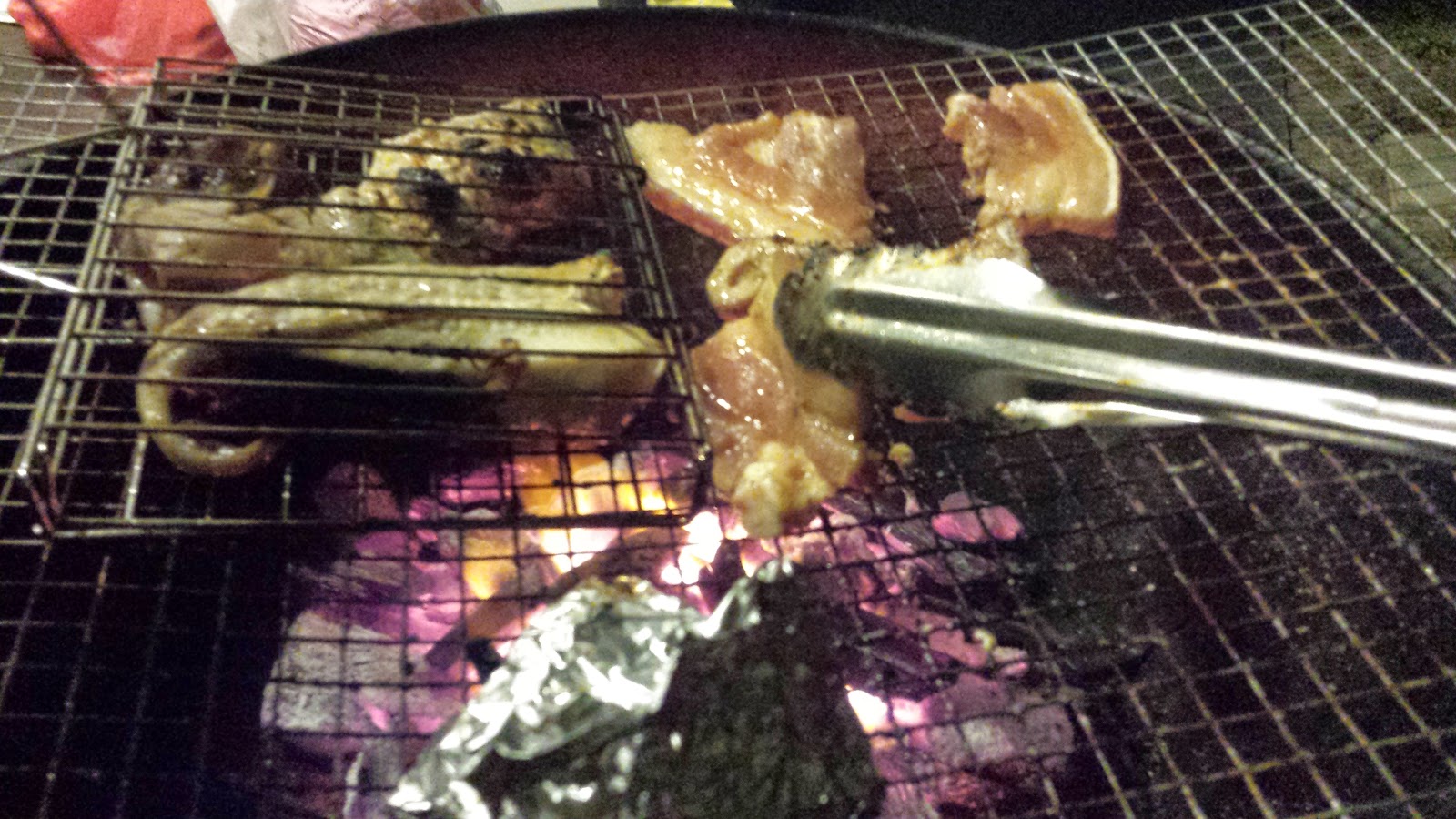 I always love being near the bbq pit because I enjoy cooking for others. 🙂
We had a great time enjoying the food and a few cups of Bailey’s with milk. We were so damn full that some of us decided to play mahjong while the rest (a minority) decided to rest at Pang’s bedroom.
I need to admit I spent a bit of time there figuring how on earth am I going to do my Translation assignment.
We rested before getting ready to bring out a log cake, hidden so well that even I didn’t quite realise its existence. Yujing was lighting the candles at one corner of the store room, which is situated at one corner of the living room (wow, the amount of corners used here). I tried to talk some crap to make sure that none of the two were smelling anything fishy.
When everything was done, I went to switch off the light. And that was embarrassing. I switched off the wrong ones.
The actual switches to the lights inside the living room is at the opposite end of the room.
EPIC FAIL.
Nevertheless, Yujing brought the cake out while I rushed across the room in a mission to switch off the correct lights on time. 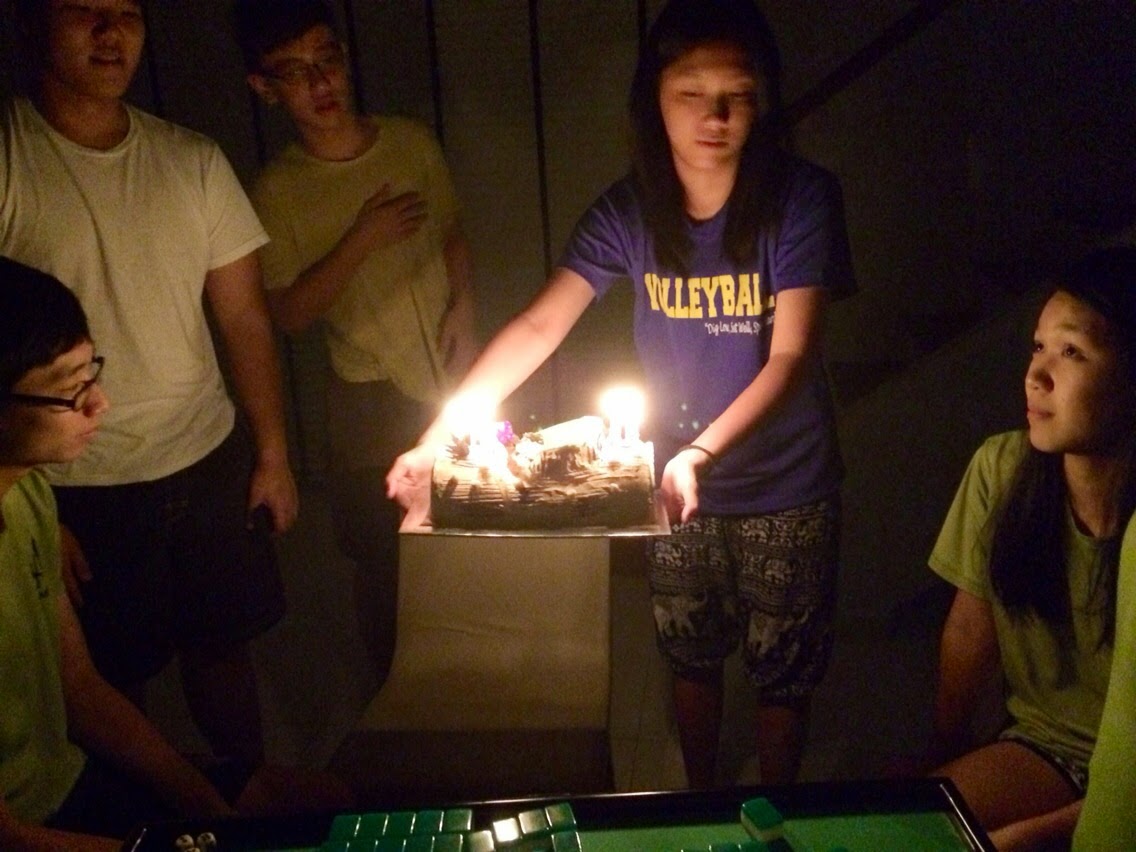 Yujing bringing out the cake while all of us sang the birthday song. I need to say, yes, they were surprised. ^^ 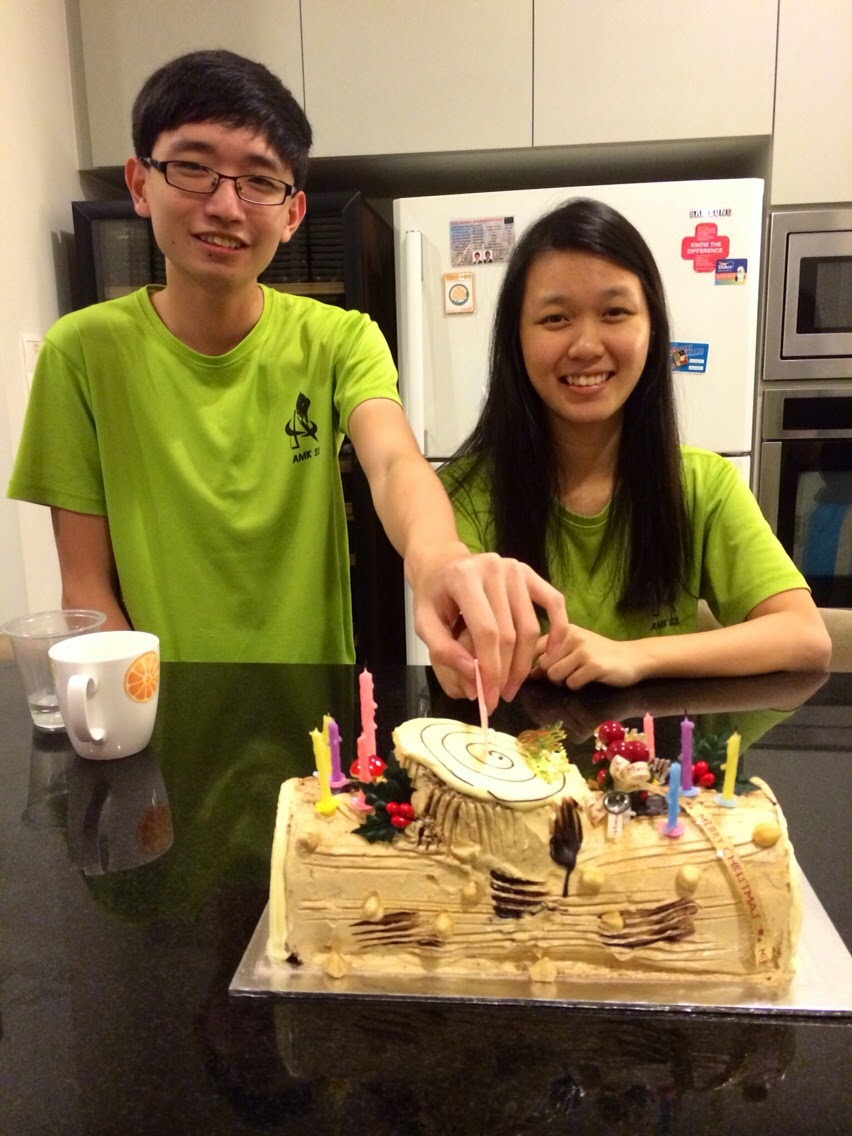 Our two birthday kids: (from left) Junwei and Qing. Yes yes. Coincidentally, there were wearing the same top. The chemistry of the December babies is so damn up there. 😀
HAPPY 18TH BIRTHDAY!!!
How could we go to sleep (actually only Qing and I slept because we had something on early the next day) before spamming some photos? 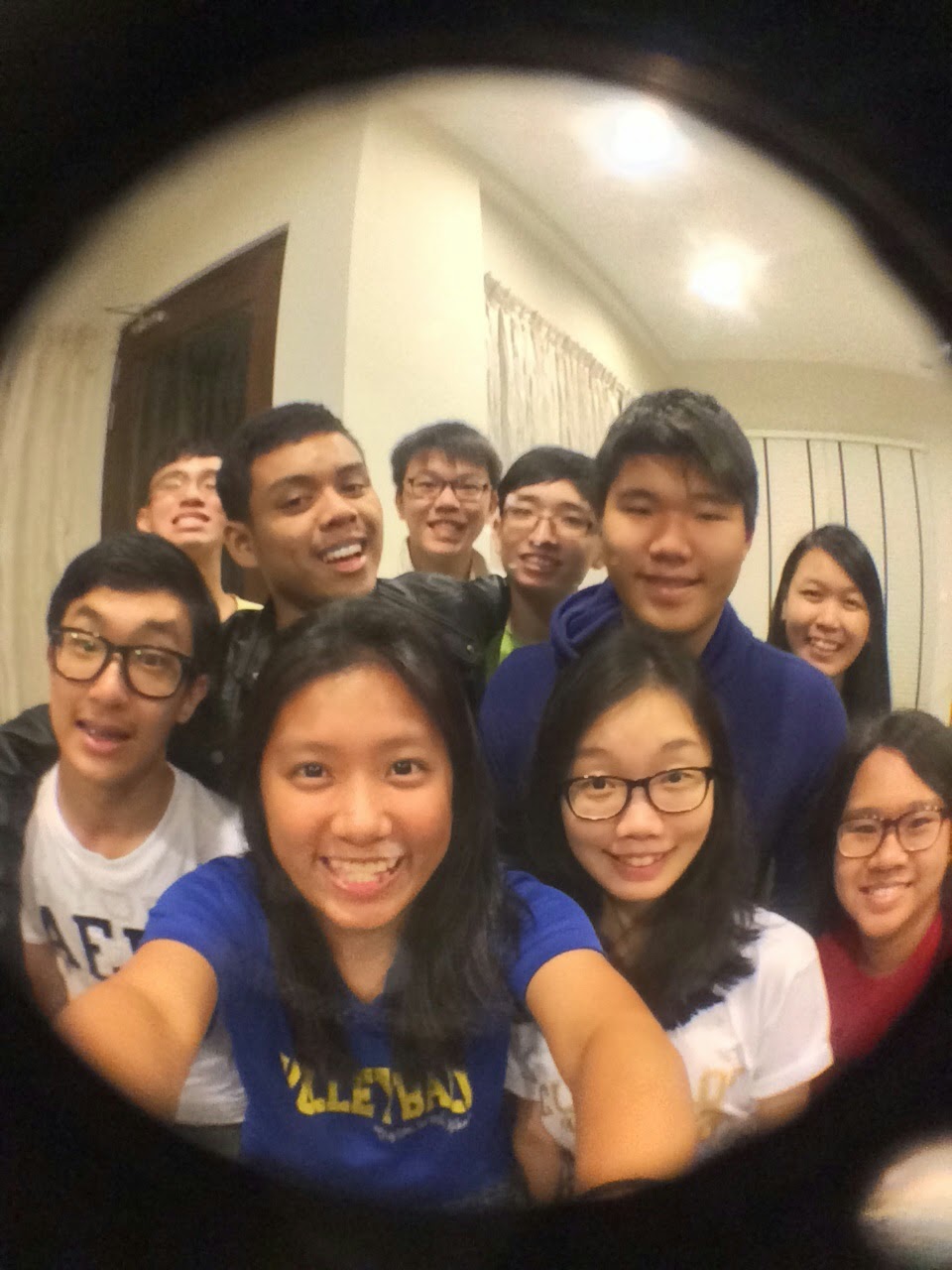 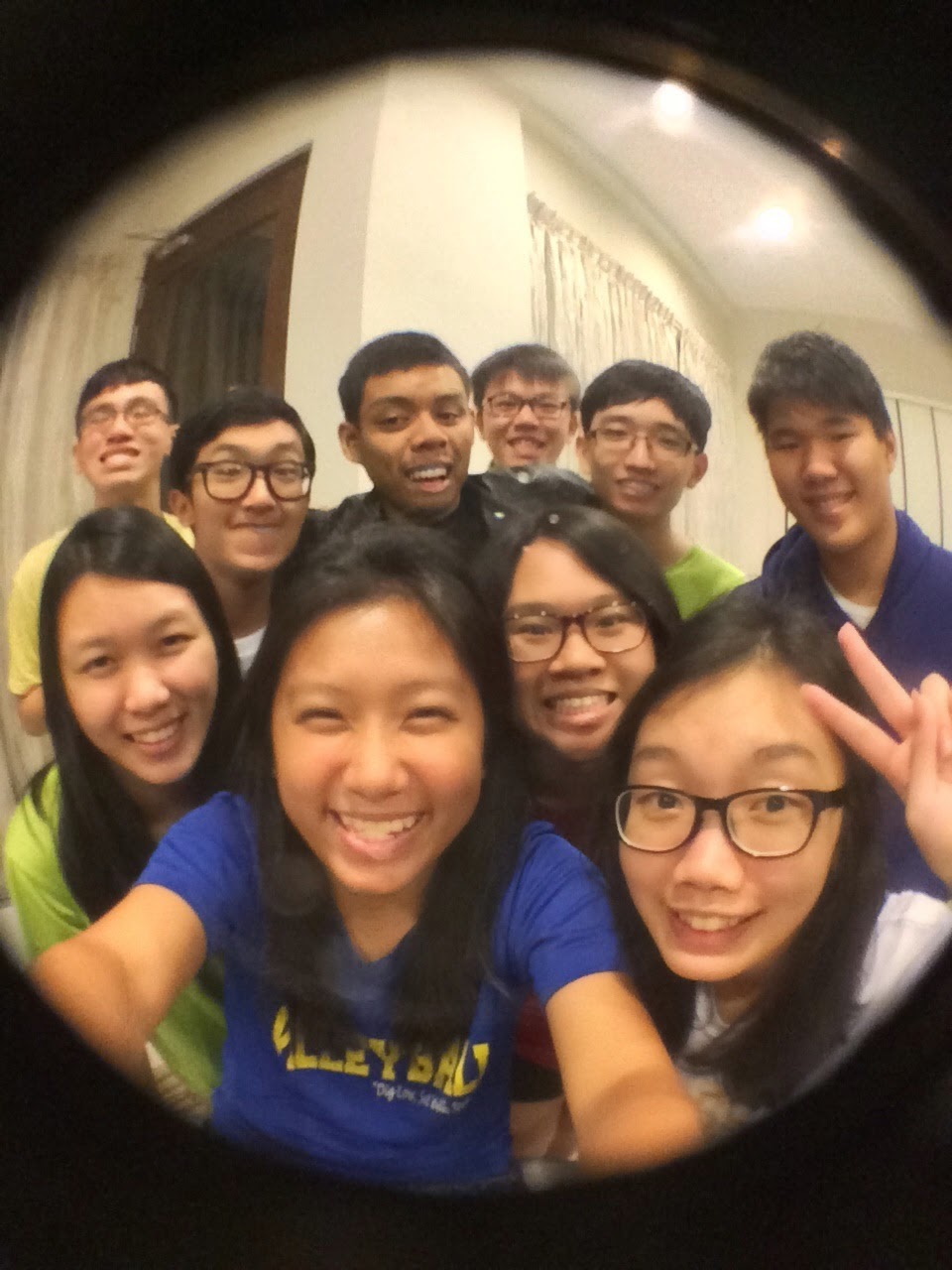 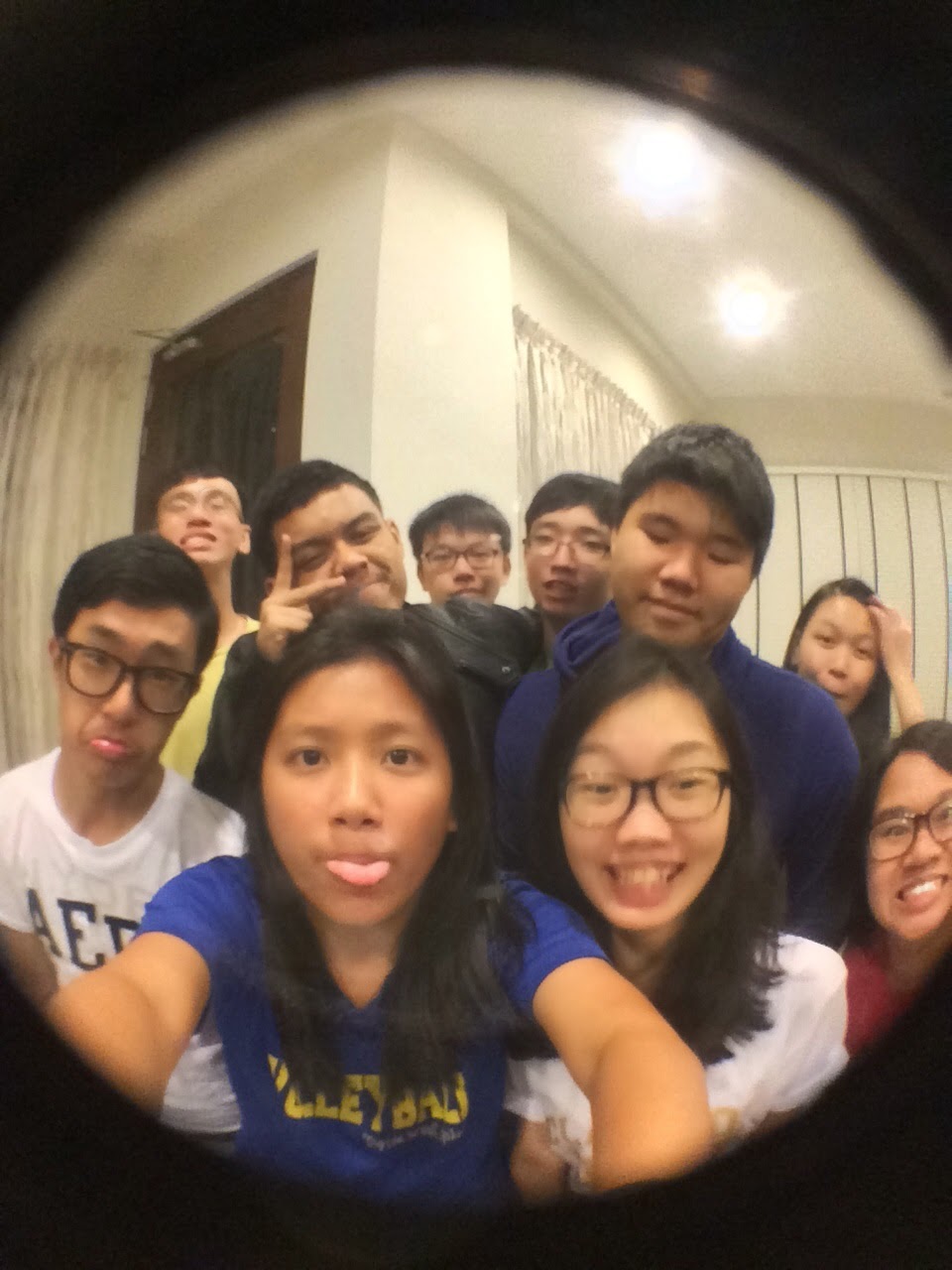 Ohya. I haven’t mentioned about the gifts. I need to make a special mention on what we’ve got for Junwei. 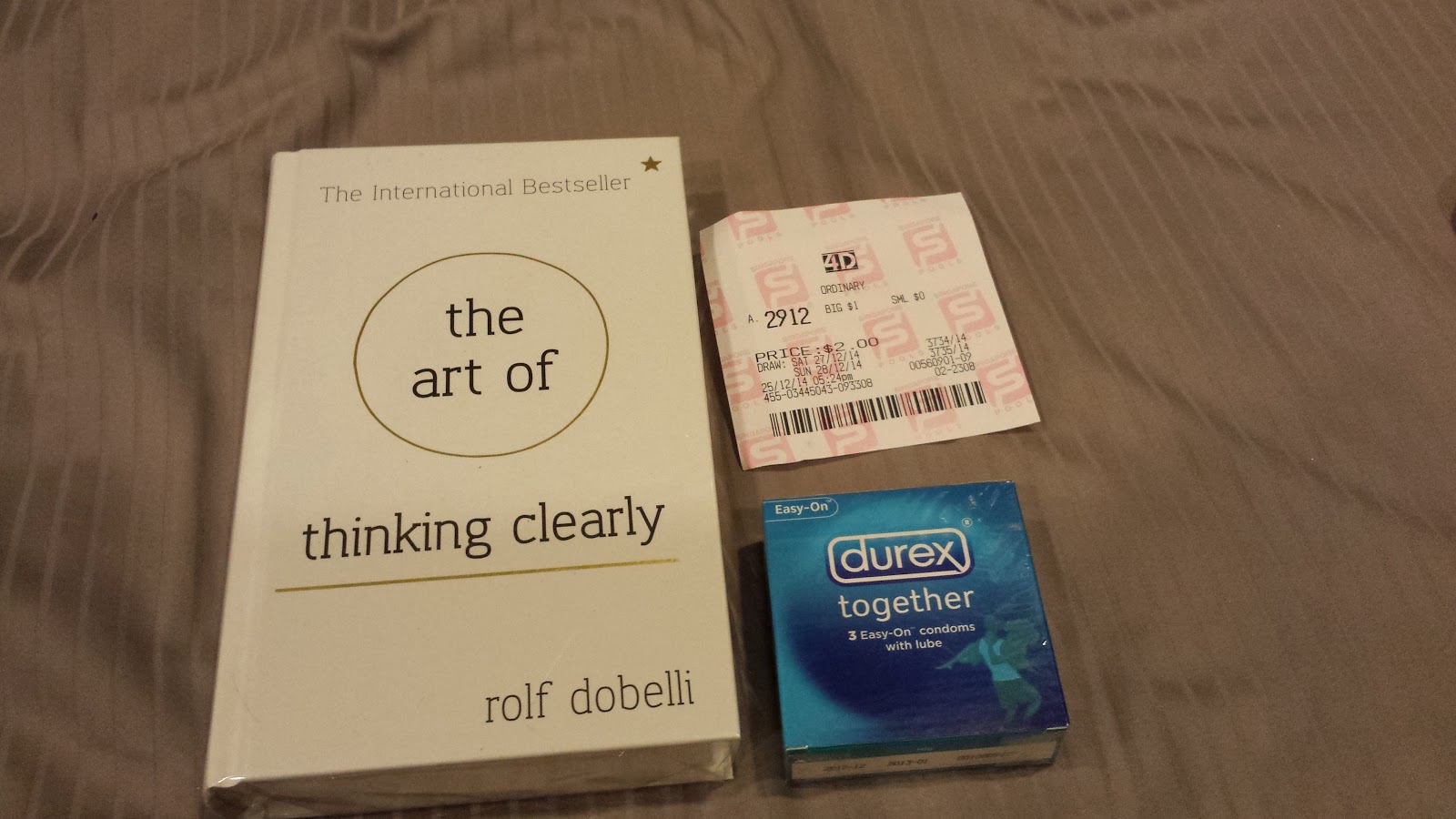 A ‘The Art of Thinking Clearly’ book, a 4D betting slip and well… er… a packet of condom.
The entire episode of this is enough for me to craft out a novella, and or probably a blog post of a legit length.
Let me summarise it as briefly as possible.
So apparently, Junwei had been wanting this book and so what’s best than giving him what he wanted. There then, we had a Christmas Secret Santa gift exchange on that very evening. He was Pang’s secret santa and guess what? Junwei got that very same book for Pang.
We were all trying to hide our laughter, especially me and Adam.
As for the betting slip and condom…
It was partially my idea to get him those. We, as in me and Adam, were suppose to get condom for him because during his 17th birthday, his JC clique decided to be funny and got him that. So I promised him that that will also be his present for his 18th birthday.
I do things as promised.
It was trolling. So, that afternoon, Adam and I were going around in search for a reasonably priced condoms. And freak that, it was when I understood why there are so many unplanned pregnancies in this world.
CONDOMS ARE FREAKING EXPENSIVE.
I swear that would be the most suitable post title had I write about this event on the 26th of December.
I don’t get it. Neither does Adam.
We wanted to give up searching for condom when I saw the betting station inside AMK Hub’s NTUC Fairprice. Hence, an idea stroke me.
“Eh, erbo we buy him 4D lah. If first price, we mcm give him a lot of money sia for birthday.” I suggested.
‘Eh, on lah.’ Adam agreed upon my suggestion.
We got the betting slip and we headed to Pang’s house. There was when we saw a petrol kiosk and we decided to go in, still with the hope of getting a condom.
What happened next was supposedly one of my most embarrassing moments in life.
There we saw a legitly priced condom at $3+ (that was what it was priced at according to the tag indicated on the shelf). Adam and I just stood diagonally in front of the shelf of condoms and we just stare at them awkwardly.
“So… Take uh?”
‘Take.’
“Who take?”
‘You take lah.’
“Walao.”
I quickly grab one and walked to the counter, as if I was about to rob the auntie working there. I felt like a pink panther. *inserts pink panther music*
I looked around, trying to avoid eye contact with the auntie.
TRYING MY VERY BEST.
Then here’s the embarrassing part.
The auntie looked at me and said, with a smile with I can’t really differentiate if it’s an usual smile or a grin or a smirk, “No need shy lah. Now very common already.”
I looked at Adam and both of us tried our best to contain our laughter.
We hurriedly left the place before we got more embarrassed.
“Eh. Later the auntie thinks we both got something on sia. Eh, I not gay leh.”
‘Eh sialah. I also not gay leh. Misunderstanding.’
And that’s the entire episode on my first time getting a bloody condom. But, it’s actually not for myself.
Everyone should have seen Junwei’s face when he saw his present.
It was gold.
*Stay tune to Part 2 of the series, I will try my very best to post it by tomorrow! Cheers!*