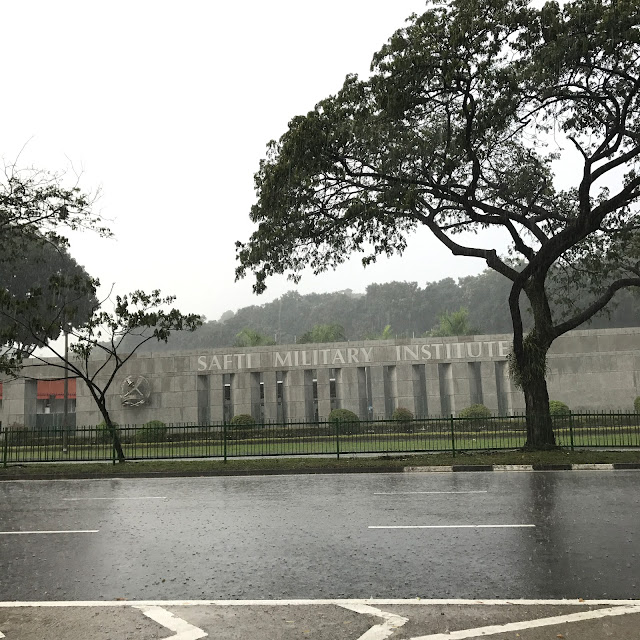 18 March
It was a rainy afternoon, the downpour seems to dampen the mood of everyone who was on their way to watch the graduating parade. The sky was already turning dark as the 5 of us – Yujing, Meiqi, Wanqing, Weihao and I – made our way to the ‘far east’ from the north-eastern part of Singapore to watch one of B. Pang’s best moments in life.

By the time we reached Boon Lay, the rain started pouring and we were forced to wait by the bus stop opposite of SAFTI. It was nearing the start of the parade and the rain seems to subside a little, so we shared 3 umbrellas among us and made our way across the road.

Despite having only 3 tickets on hand, we tried to see if we could get 5 of us into the parade venue. Unfortunately, to no avail. We discussed quickly at the gates before it was decided that Qing, YJ and I go for the parade.

As we passed through the gates, we hopped onto one of the shuttle buses which brought us to ‘Leaders Square’.

We tried so hard before we could finally spot Pang. 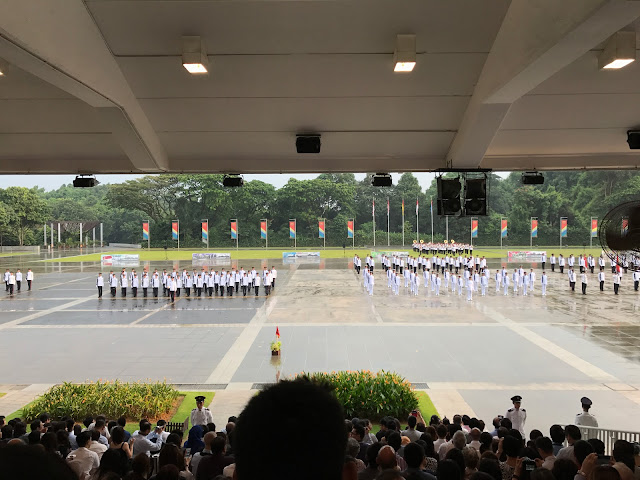 I know you couldn’t see him, so I tried to zoom in with the camera. 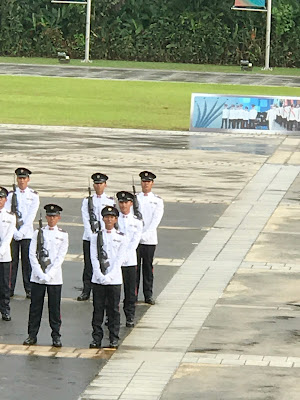 There you go, the one nearest to the centre of the photo.

As the parade ended, we made our way into the parade square to look for him. His parents and other friends were already there. What a touching moment as he embraces his mum, with his dad at behind them. 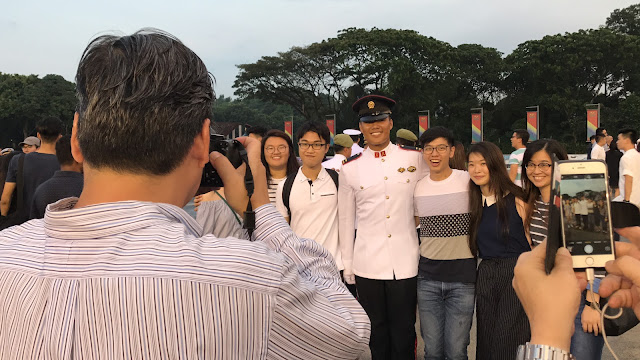 Mr. Pang was the photographer of the day. HAHAHA. 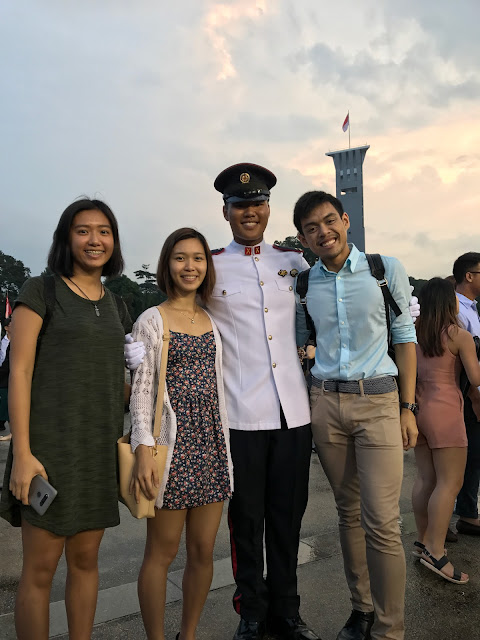 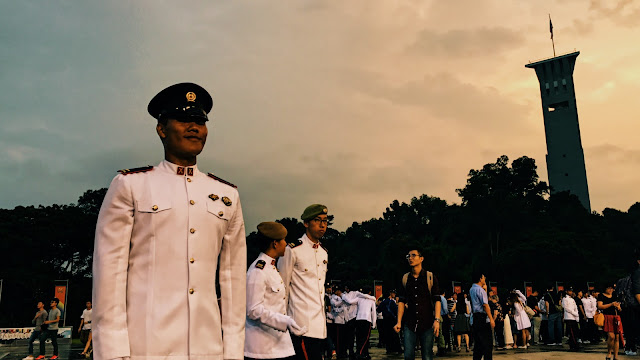 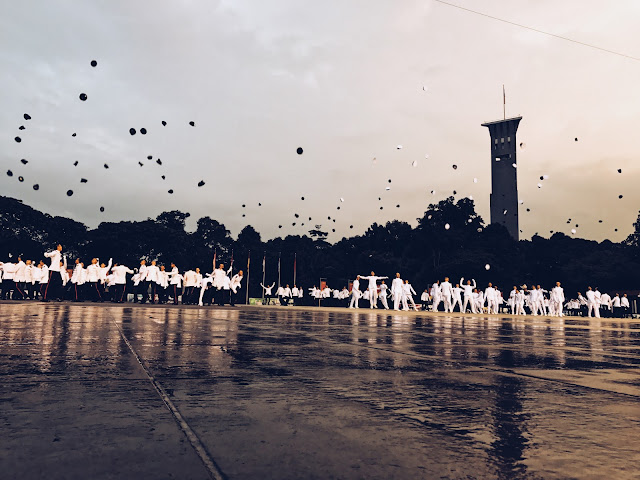 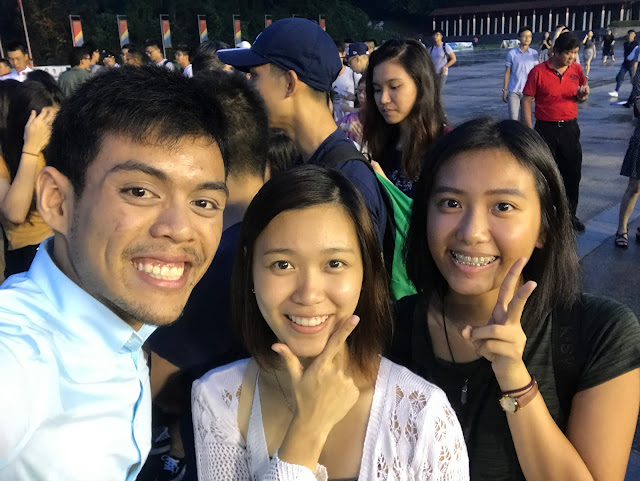 The three of us took a selfie while Pang was busy socialising. HAHAHA. Damn I took damn terrible in selfies.

Meanwhile, the other two – WH and MQ went to play pool I think. HAHAHA. 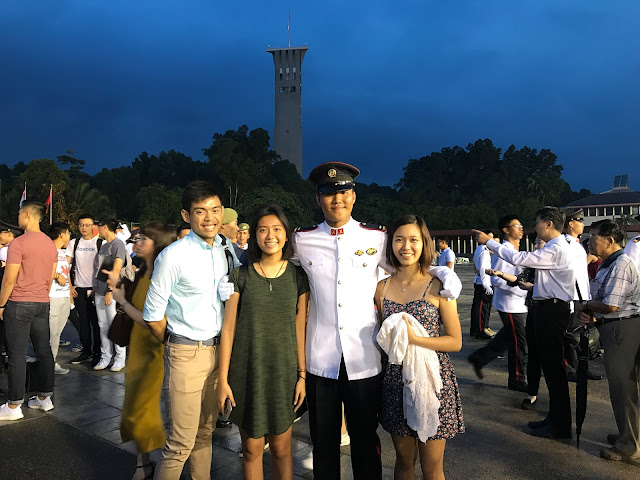 After everything ended, Pang and his parents went for this catered dinner while the three of us went to have dinner at Fairprice Hub. All of us then meet up at Upper Thomson for some booze. Weifang joined us after her stuffs as well.

It was a great ending to the night.