143 days after the majority of our PEDORO peeps turned up for a gathering, we finally meet up! Yay! That’s definitely a call for celebration. 🙂

You guys never know how much I’ve actually missed ya’ll over the past 4 months and 22 days. (Ya lah, I admit I had seen some of you quite a number of times within this period of time, and even met some of you recently. But well, it is rare to have like 8 PEDOROS gathering together. It’s just rare.)

So, about two weeks ago, this Meiqi said that she wanted to play squash. And then she jio-ed all of us to go to Yio Chu Kang Squash Centre to play. And since I am a ‘myactivesg‘ member, I booked the court.

So, yesterday, we finally met.

Actually, Junwei and Hong Kiat was supposed to join us. (And then that will be 10 PPL!) But unfortunately, Junwei fell ill while Hong Kiat *ahem* overslept.

You didn’t read it wrongly.

And then Chen Yu sent this to us.

BUT WE FORGIVE YOU LAHH.

Playing squash with two school team players from YJC (B Pang and Meiqi) was no easy feat. It’s like a rookie playing against a certain Ong Bee Heng. I love the fact how I acted so clumsy in the court. Like a Mr. Bean.

After some squash, B. Pang, Meiqi, Fang, Qing and I, went to the nearby Yio Chu Kang Stadium for a jog — 3 rounds of the track. The moisturised condition of the surrounding air made it really nice for a slow jog. Meanwhile, don’t know if I took too many Viscomm lesson that I tend to try and find any ‘photogenic’ parts of the sky and try to enjoy the beauty of nature.

After that, it’s LUNCHTIME.

The AMK HUB one!

This is like the second time we’ve went to eat at 18CHEFS. But first time with this large amount of people. Woohoo! I admit we seems to like 18CHEFS a lot ever since it opened its latest branch at AMK Hub (At least we no need to travel all the way down to Cineleisure for it).

And of course, we didn’t forget to take selfies: 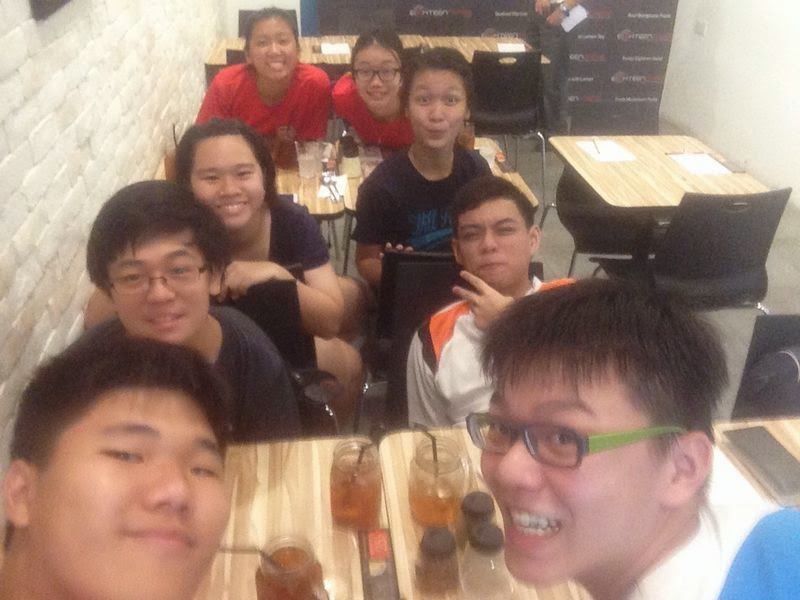 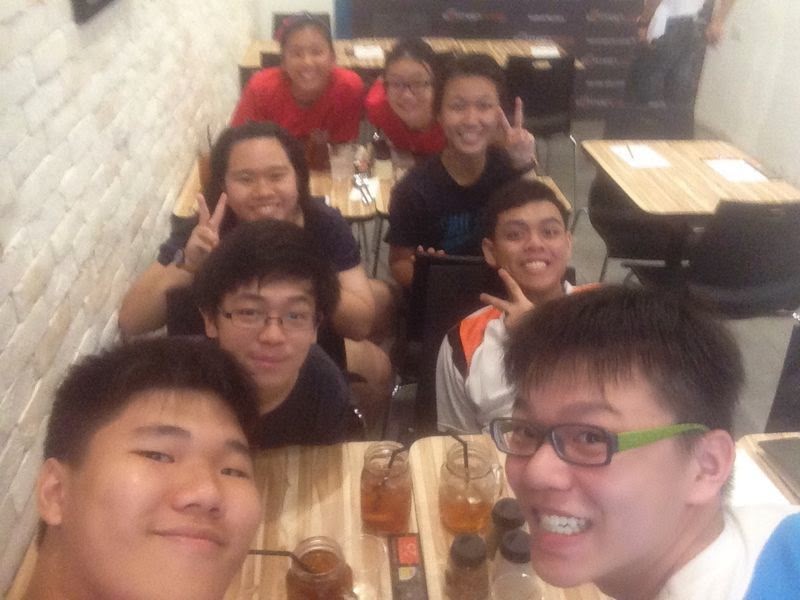 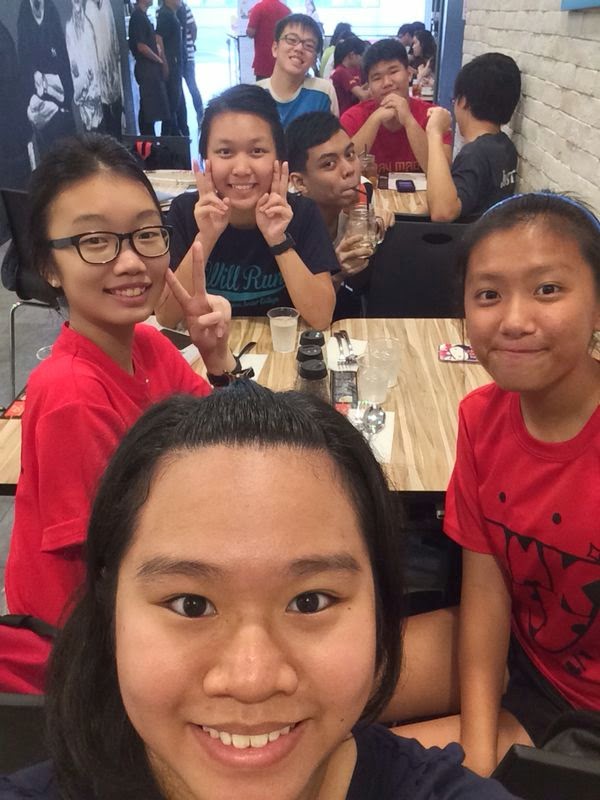 And then we realised we guys can’t really be trusted to take selfies. So Meiqi took over and took a shot. WHY ISN’T JUSTIN FACING THE CAMERA? :’D 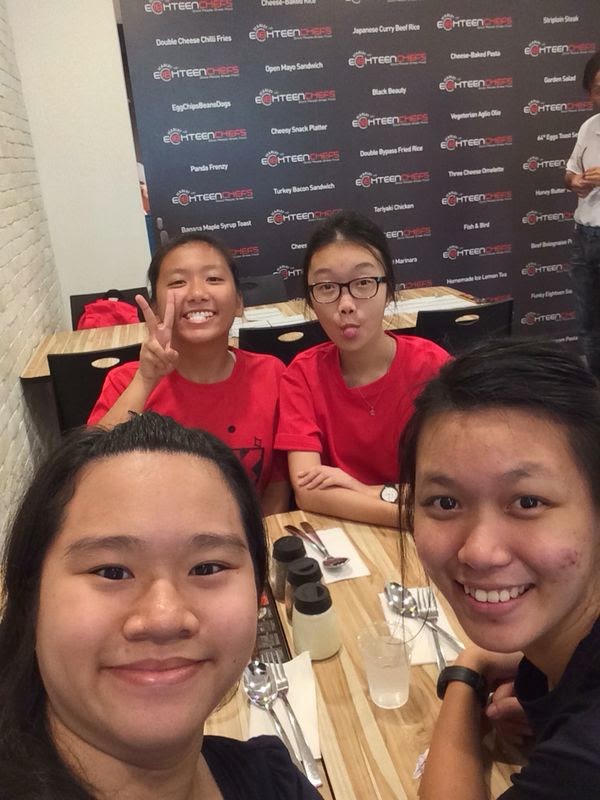 The girls took their own selfie. 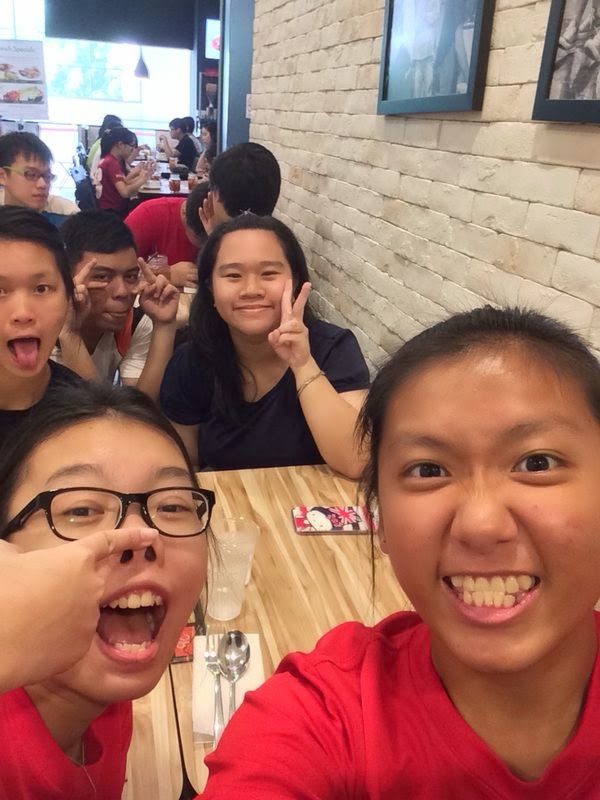 And I decided to photobomb them. 😛
After that really really full meal, we went to Challenger so that Yujing can get her stuff while Fang got her new iPhone a cover.
Thn they were deciding between whether to go LAN or go play pool. And of course, the majority of us don’t play games (I mean games like LOL, Blackshot, or anything like this), hence, POOL!
But I went home first cos I’ve left an SD card at home and I need to pass it to Zhi Rong, who was my senior back in SR Drama.
I returned.
And I realised I still can barely play pool. 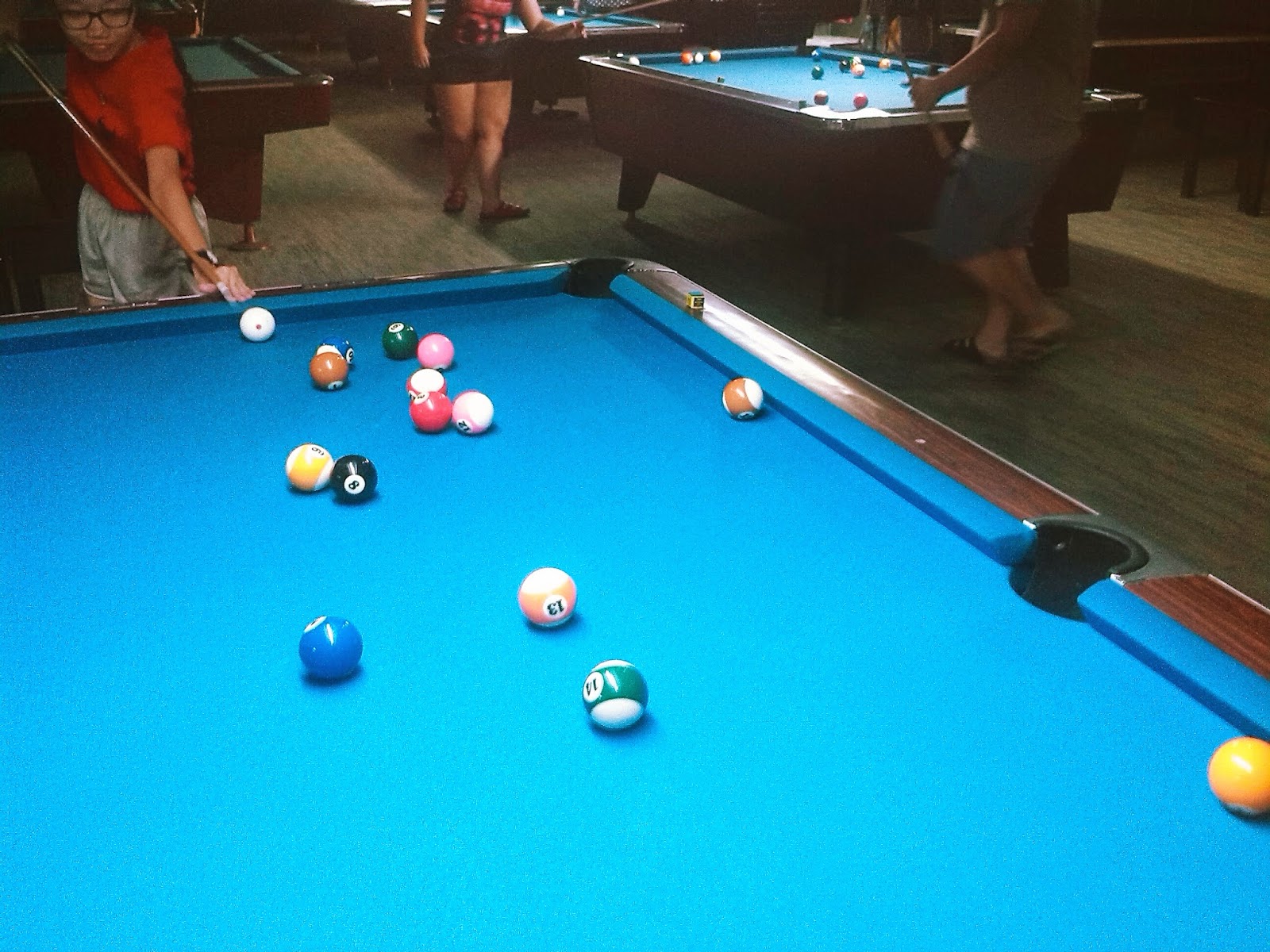 Fang taking her shot on target.
I think we played for like two hours? And I swear the price made us broke a little. Let just try and ignore that. Haha.
Really happy to be able to meet them in such a large group after so long. All the best to their MYE and hope PEDORO can gather together again soon one day!!! (Of course, hopefully, with FULL ATTENDANCE!)
#ALWAYSPEDORO