Skip to content
Just finished with my last assignment this morning, that means that I am coming back to blogging like a finally! Before I post an update, I would like to wish everyone Happy Chinese New Year! May the huat be with you! 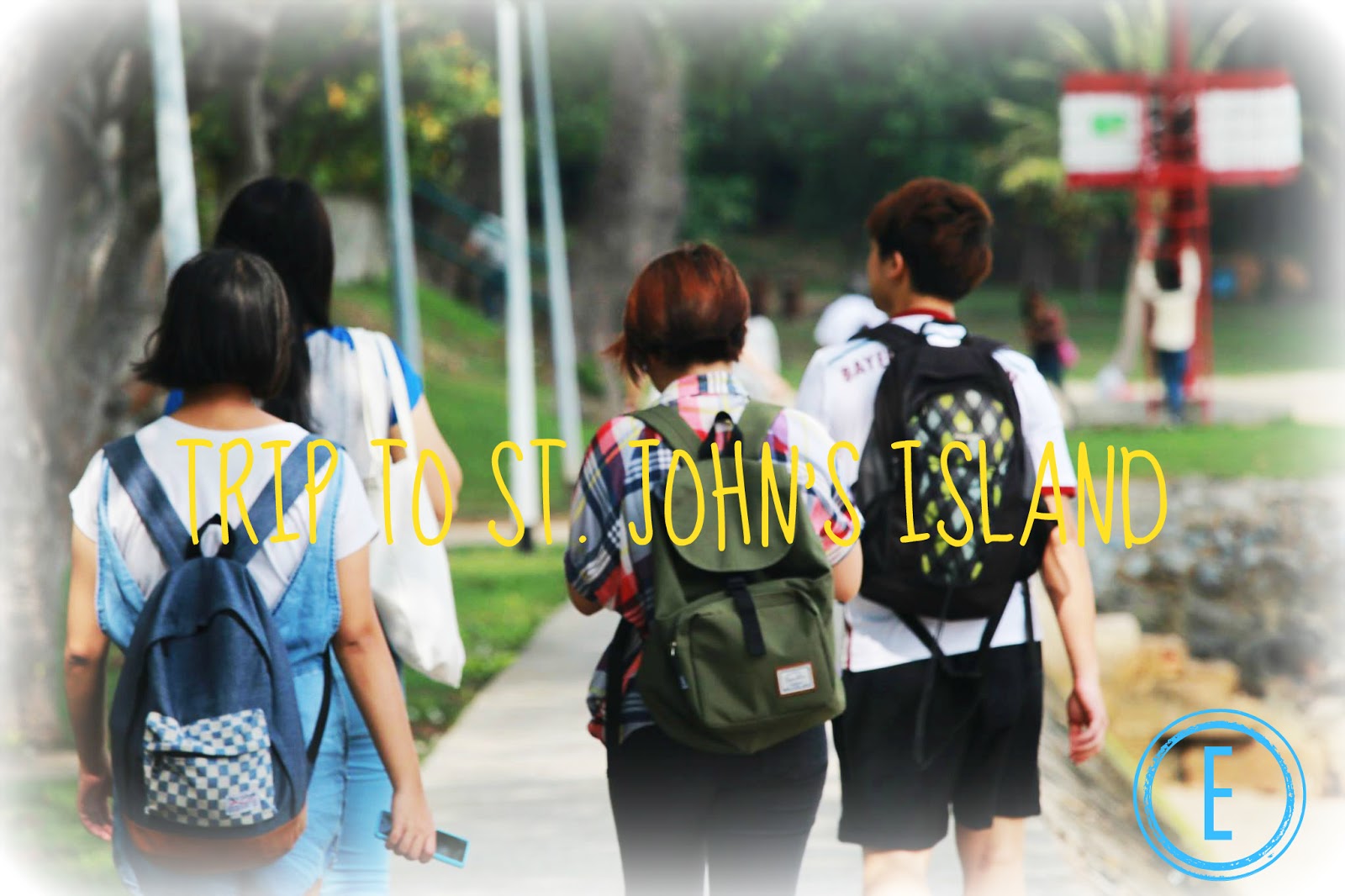 On the morning of 29th January, 2016, I embarked on a journey to one of the southern outlaying islands in Singapore – St. John’s Island! St. John Island, formerly known as Pulau Sekijang Bendara (which probably means One Barking Deer and Flag Island — does that even make sense? HAHA) is located some 6.5km off the shores of mainland Singapore.

It was formerly used by the Straits administration as a site of quarantine for immigrants coming to Singapore who were suspected of cholera in the late 19th century. It can be accessible via a ferry departing from Marina South Pier. It was the site where Sir Stamford Raffles and his men were at before they met with the Malay chief of Singapore in 1819. In the early 20th century, victims of beri-beri were also brought to the island. By 1930s, the island gained international recognition as a quarantine centre screening Asian immigrants and pilgrims returning from Mecca. The island was used to house rehabilitation centre when mass immigration is closed in the mid-20th century.

In 1975, the island was transformed into a tranquil gateway with swimming lagoons, beaches, picnic areas, trekking routes and football fields.

It used to be rather difficult to travel to the pier since it was relocated from Clifford Pier in 2006. However, with the construction and opening of the Marina South Pier MRT Station in 2014, travelling to the southern islands become much more convenient.

A group of birdsman (basically this term is used to describe my group members, so just in case you were wondering what this is HAHA) were on their way to conduce location reconnaissance for their project. We bought the ticket for $18 each and were on the way to adventure and exploration. 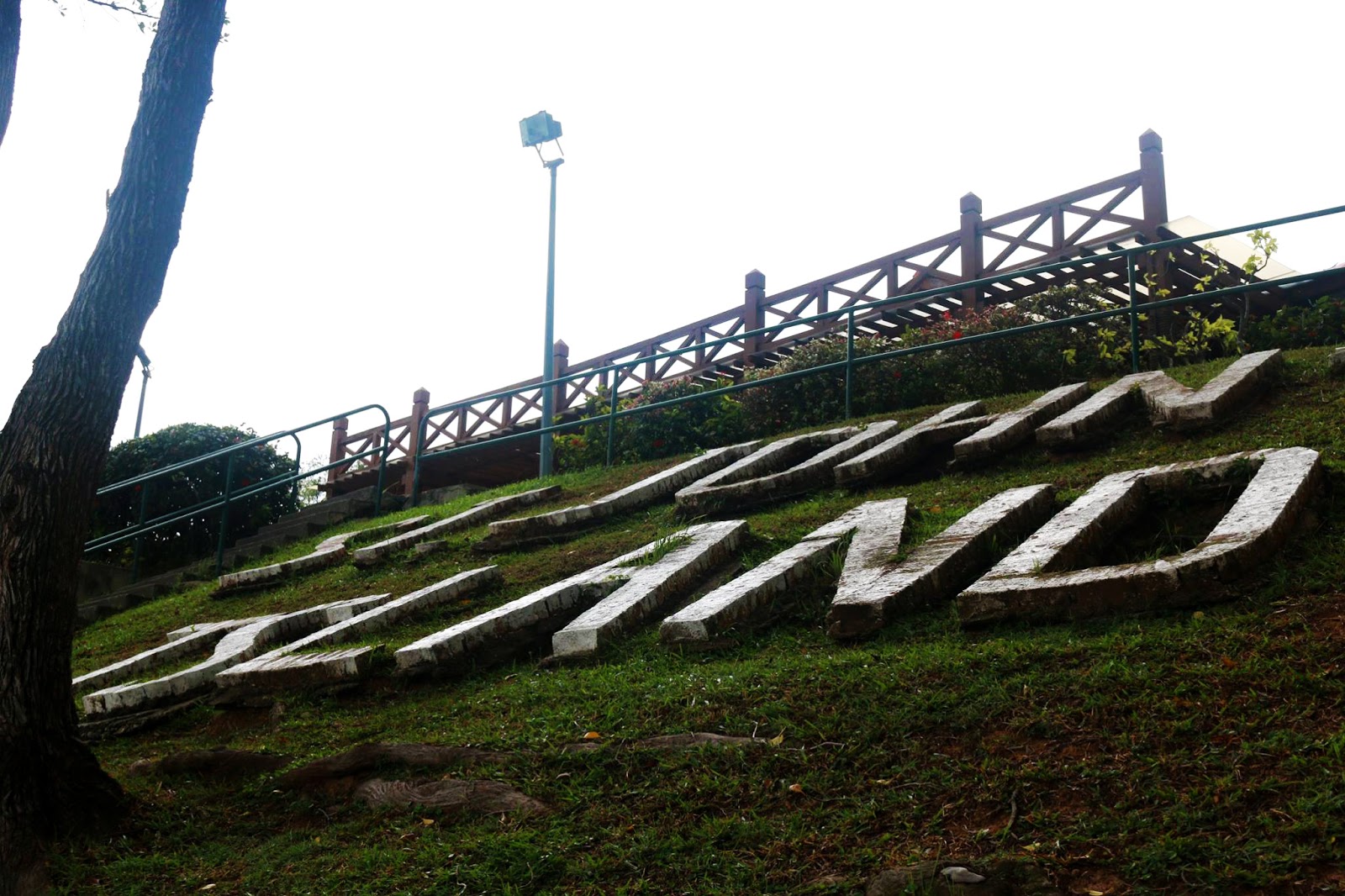 After half-an-hour of safe and peaceful nauseous ride to the island, we finally reached our destination. You could never understand how glad I was when I saw that we were approaching the pier. As safe as the entire boat ride was, people with motion sickness like myself tend to feel giddy and nauseous. I felt that I was more like on board a cruiser that had just been hit by a torpedo. I thank myself for not having breakfast that morning, if not I would really have vomited on the freaking boat.

St. John Island looks kind of huge and it is connected to nearby Lazarus Island and Pulau Seringat by a bridge.

The island, far away from civilisation, is indeed peaceful. It gives everyone a sense of nature and peace. 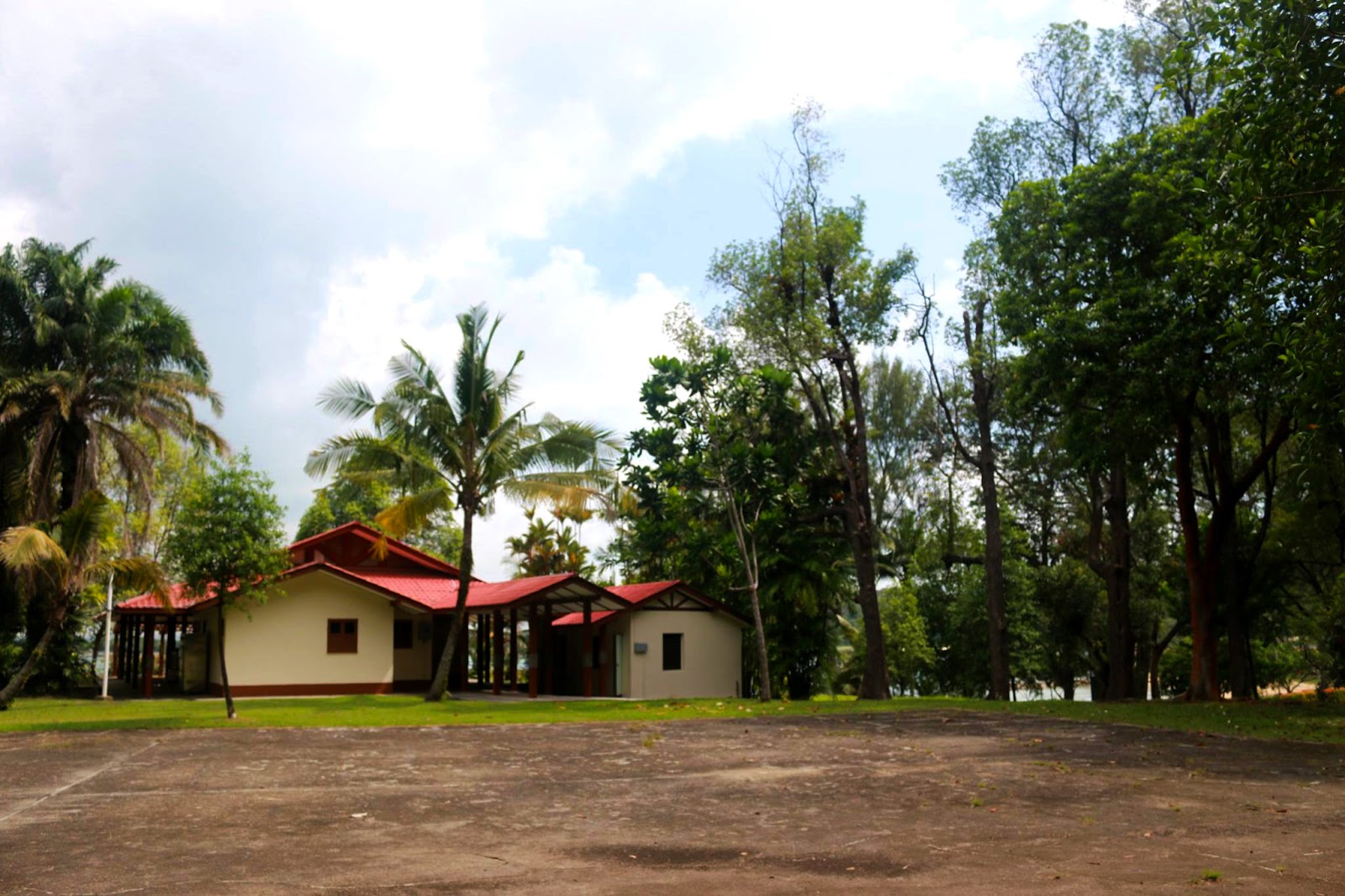 At St. John’s Island, there is a holiday camp for those who would like to have an overnight stay. The holiday camp can cater to 60 people which means that you could probably jio your entire class or even cohort and shut them within the island have a short getaway from civilisation. There are also holiday bungalows around the island which can accommodate up to 10 people. Hence, for those of you who just need small place to stay over on the island, the bungalows are just catered for you! 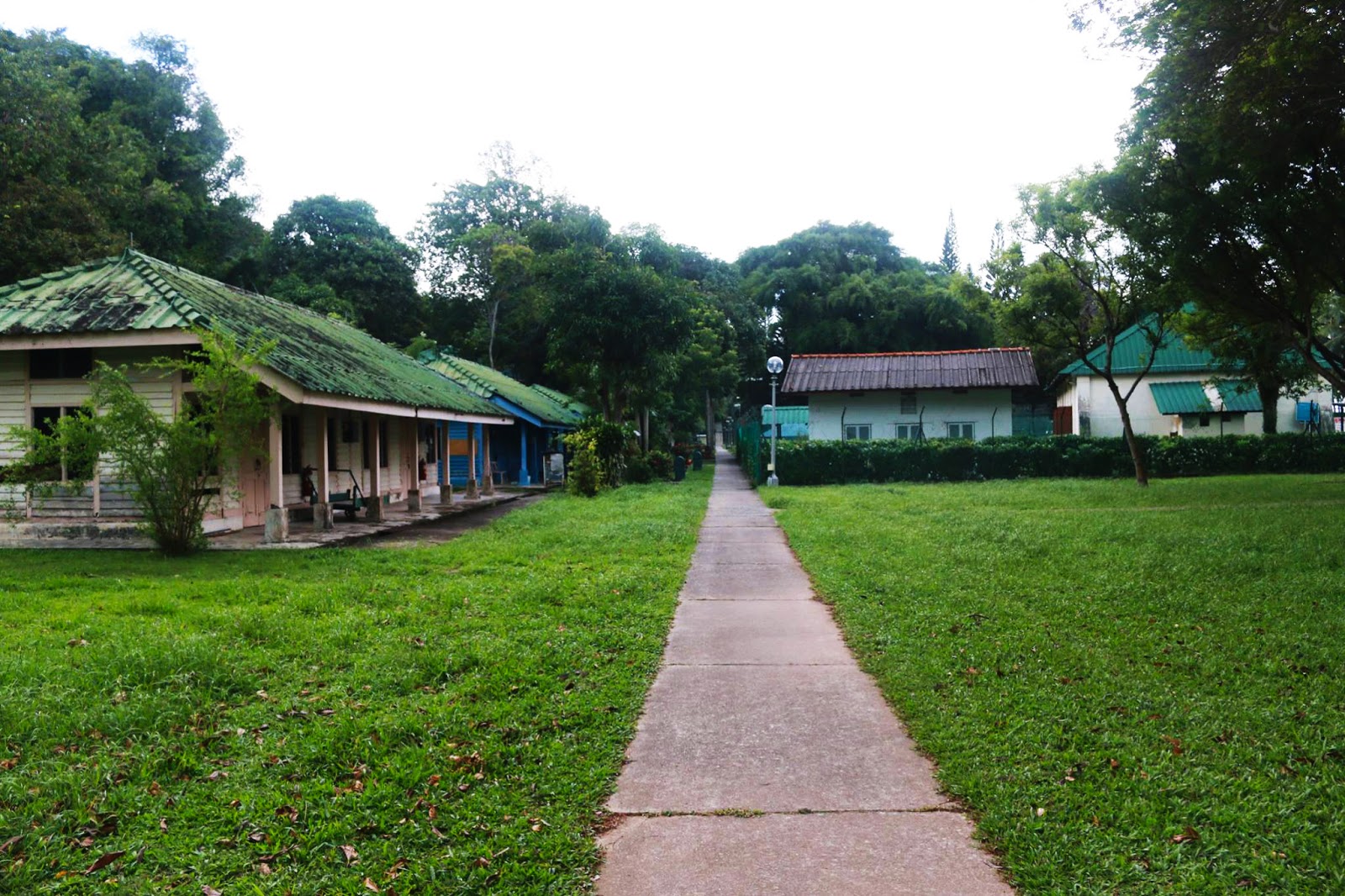 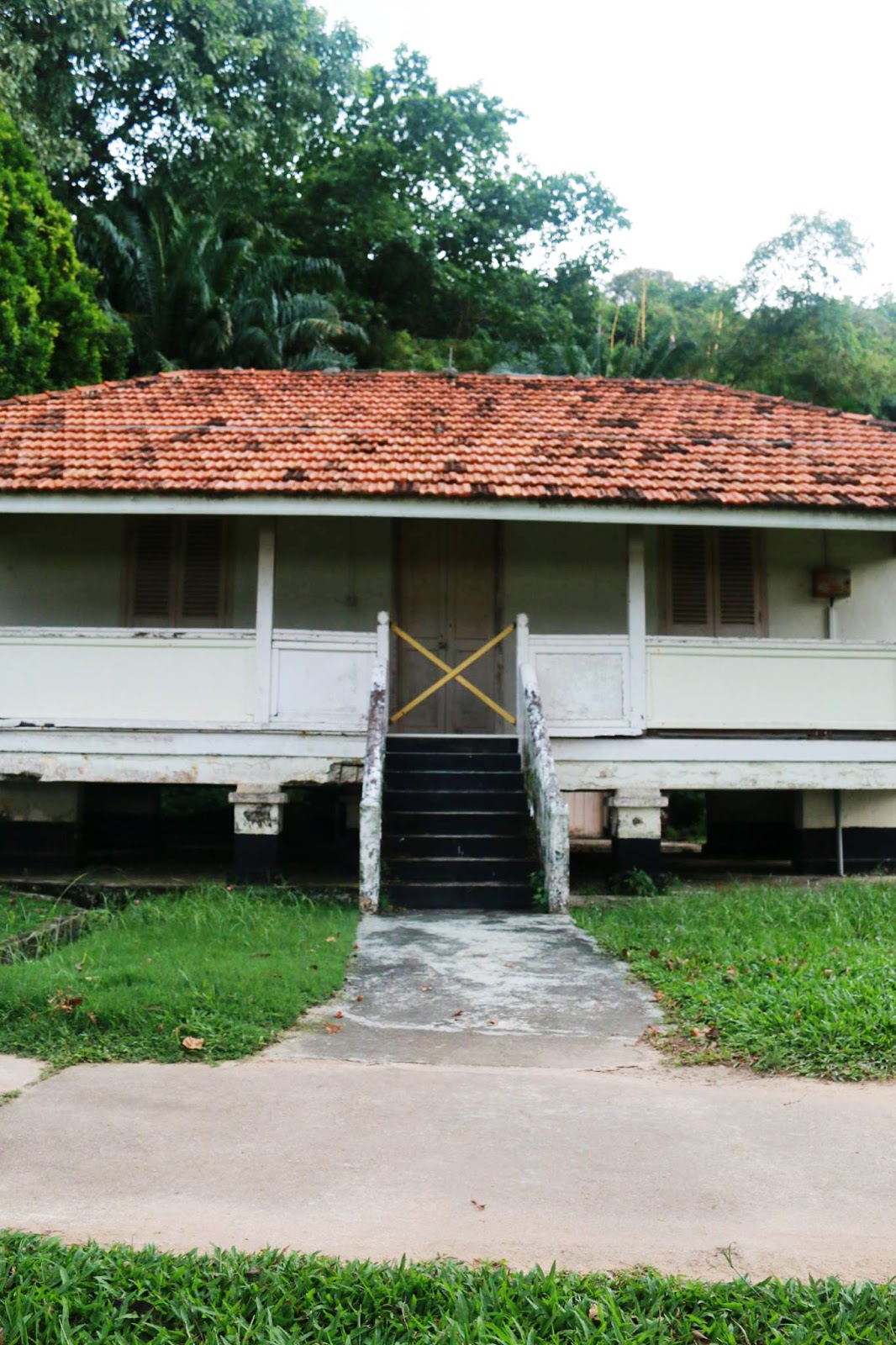 But not sure if it’s on purpose that most of the bungalows there looks more like some houses coming out directly from a 1950s horror film. And ya, that makes everything more scary. Legends had it that the island is haunted so ya, welcome if you feel that no other horror movies could excite you anymore and are looking for adventures at night. 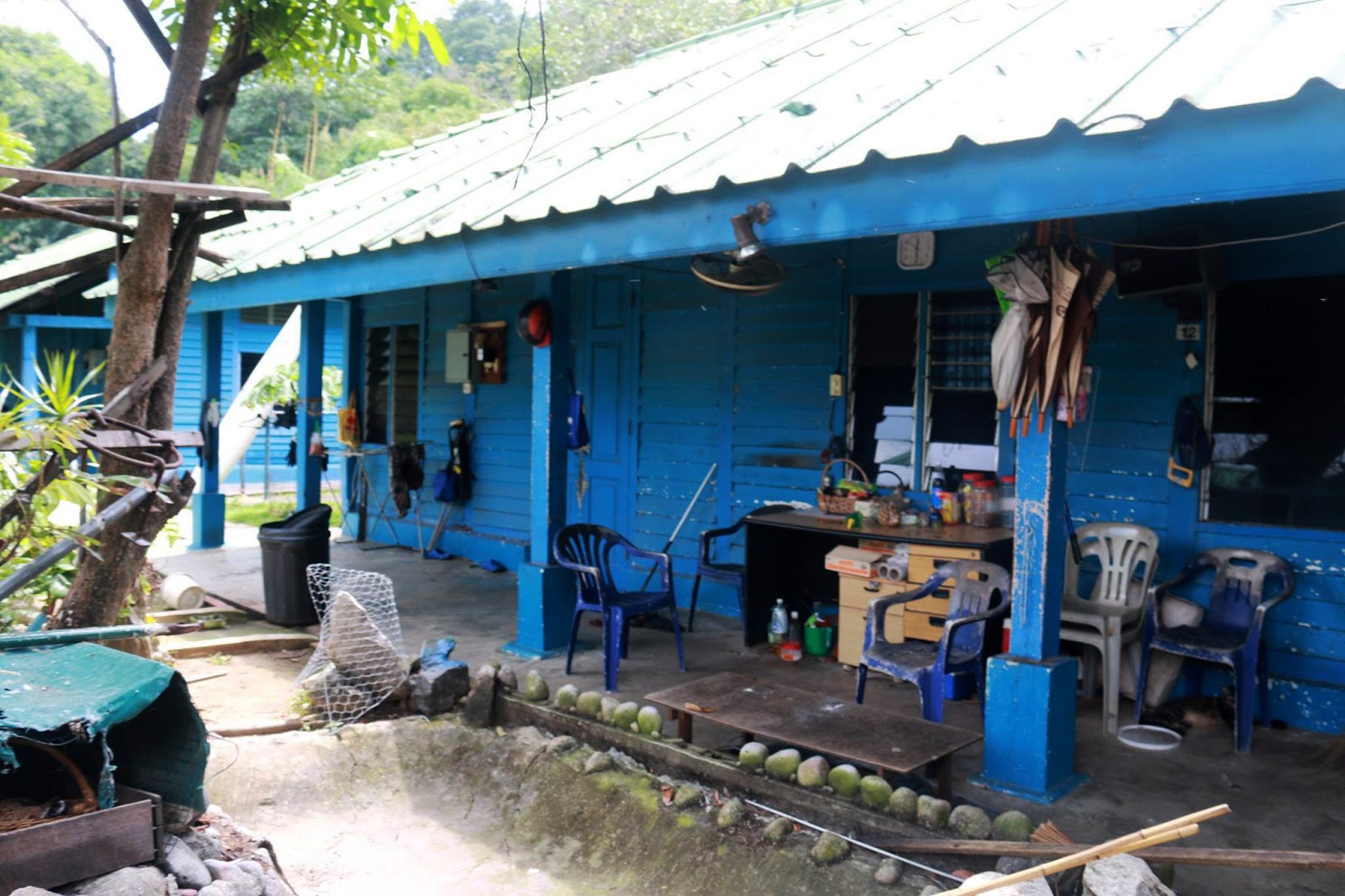 Alright, jokes aside. I really love this place despite the eerie feelings that these houses brought me. People have been overlooking the importance of nature and instead spent too much time surrounded by forest of skyscrapers. Other than the nature aspect, I enjoyed how this place gives people some sort of kampung feel, the kind of feel that is gradually missing out in Singaporeans’ life since the fast pace of life catches up with us and everyone decided to be too busy to even communicate with their neighbours.

We continued on with our journey and eventually located the Holiday Camp. Just take a look at the office, you might actually doubt if you had actually time travelled to the past. It looks like time has stopped 40 years ago in the island.

Sometimes, I regretted not being able to come to this world earlier, so that I could explore the fun of being a kampung kid. Life might be tough but it used to be much simpler and carefree. Just take a look at the surrounding. I could imagine how life was like back then.

As we left the office, we walked further up ahead. There was nothing but trees and trees. And then, we saw a signage stating “Tropical Marine Science Institute, Marine Aquaculture Centre”. Looks like people are actually setting up research labs in the island to study marine life. 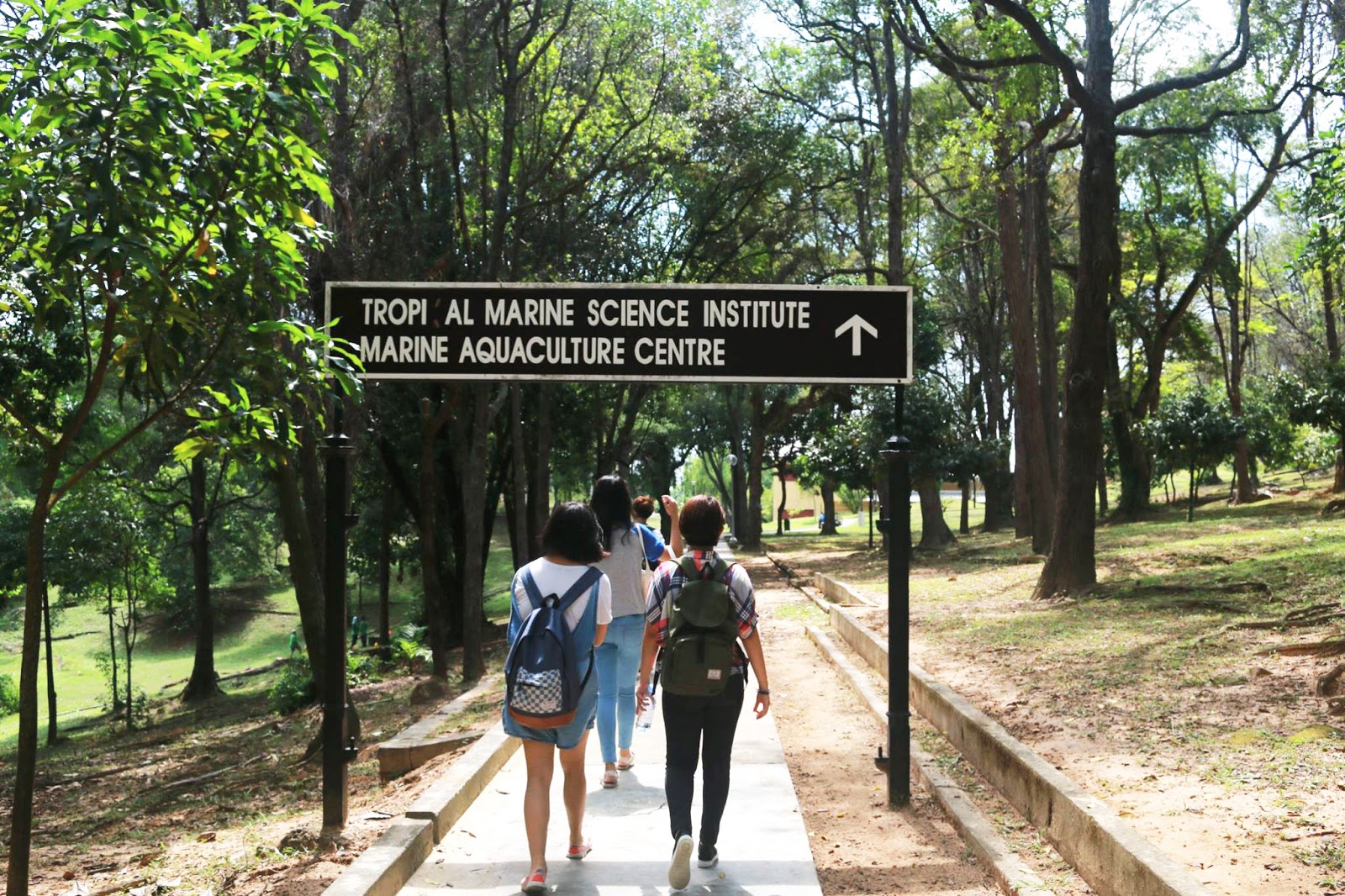 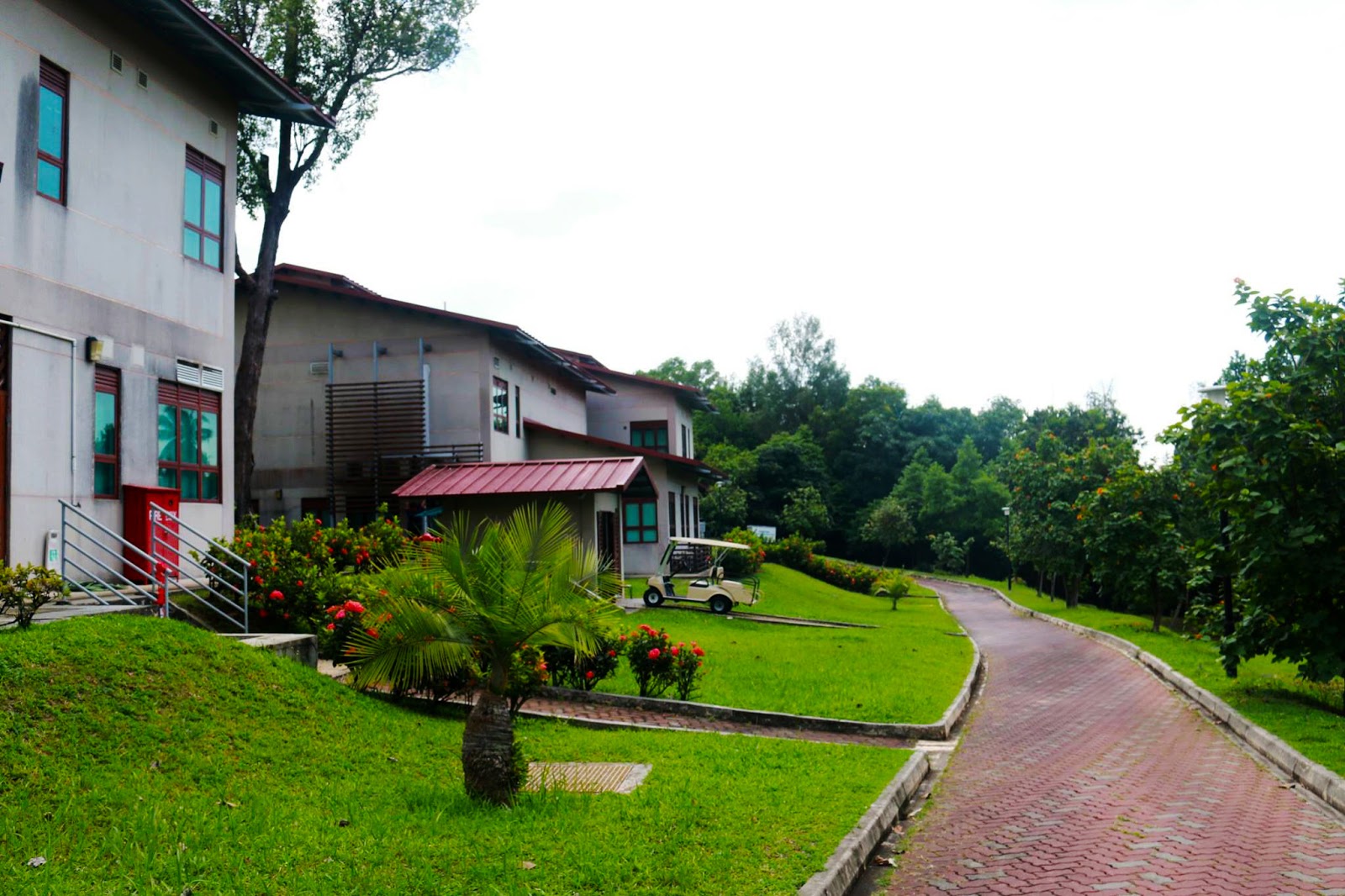 We took a break at the Aquaculture Centre because it’s probably the only place in the island with air-conditional. We were like so happy when we realised the existence of an aircon room.

After the break, we walked back and travelled down to Lazarus Island. Well, along the way there we encounter some fluffy animals that looks extremely cute. 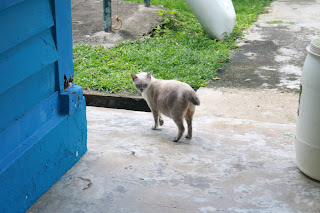 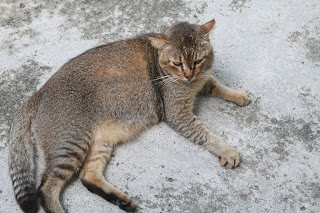 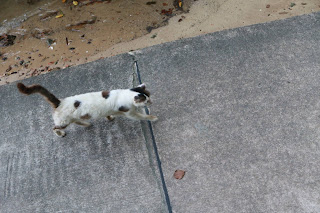 The amount of cats there are so high that we encountered like at least 20 of them throughout our journey. Of course, the SPCA had came to sterilize the cats between 2011 to 2014 to control the population of cats there on the island. If not, we might probably be chased around by cats instead.

I am sure the link bridge to Lazarus and Lazarus Island itself belongs to paradise. The clear blue waters from the sea and the green forest surrounding the area makes it look like the best place on Earth to be in right now. There were little pollutions and everything looked prehistoric. We were all mesmerised by the surroundings that we spent whole lots of time taking photos. HAHAHA 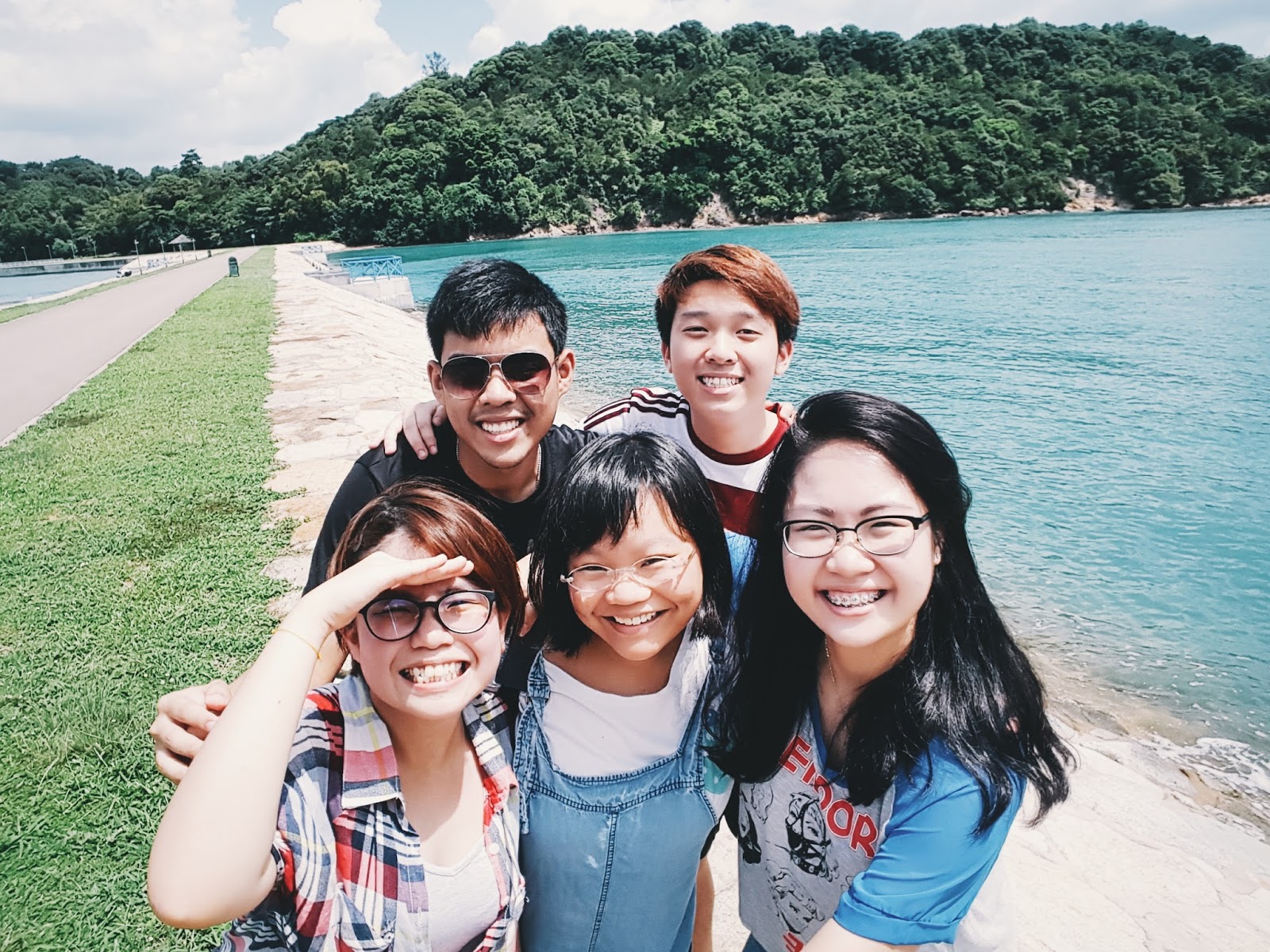 By 2.30pm, we had to leave the island because the second and final ferry to the island would be departing at around 2.45pm. We would not like to be stranded here alone throughout the night with no place to sleep uh! HAHAHA

I know I will return back to this island one day to, well, escape from reality.

2 Replies to “When Cats Rule The Island: The Journey to St. John’s”